REPIN’S IN “LADIES IN BLACK” 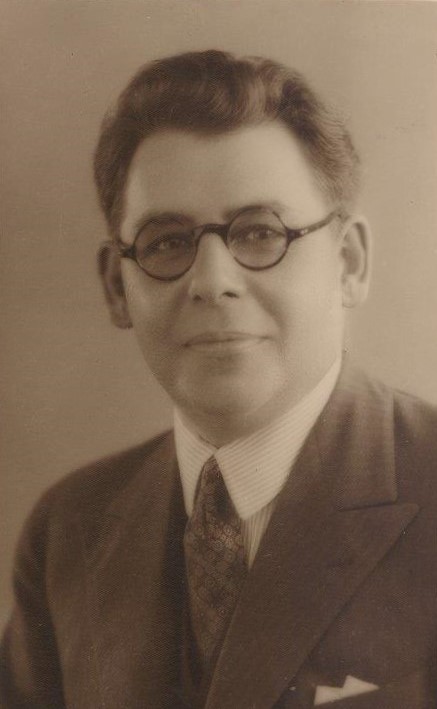 In Bruce Beresford’s motion picture Ladies in Black - his adaptation of Madeleine St John’s novel The Women in Black - there is a brief scene in a coffee shop. The coffee shop, which is named in the novel, is identified in the movie as Repin’s by a menu on the table bearing a Repin’s logo and by the name on cups held by actors in the scene.

In preparing for this scene the producers sought advice whether any Repin’s premises still existed or whether another coffee shop might be a suitable setting to replicate Repin’s. The Paragon at Katoomba, although closed for business, remained undemolished and was used for the scene.

The name Repin’s will be remembered by middle-aged or older residents of Sydney, but probably means nothing to younger generations. 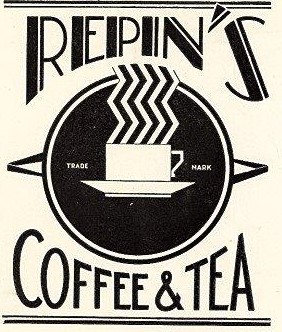 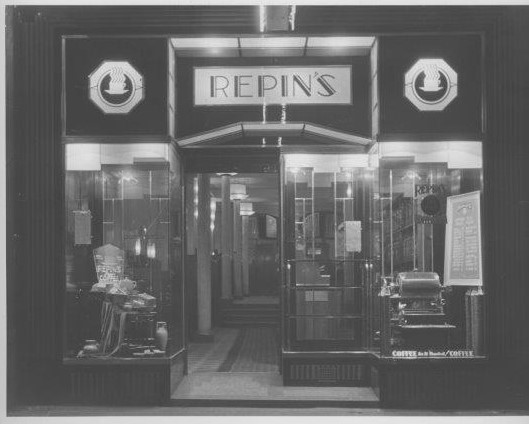 An early Repin's shopfront with coffee roasting machine in the window.

In 1959, the time in which the movie is set, the Repin’s Coffee Inns were a feature of the Central Business District of Sydney with Branches in George Street near Wynyard, Pitt Street near the GPO, King Street (three shops) and Market Street opposite David Jones.  Goode’s the fictional Department Store of the novel, is obviously based on David Jones and scenes in the movie were shot for a day on the unrenovated seventh floor of the real David Jones, turning it into the ground floor of Goode’s. 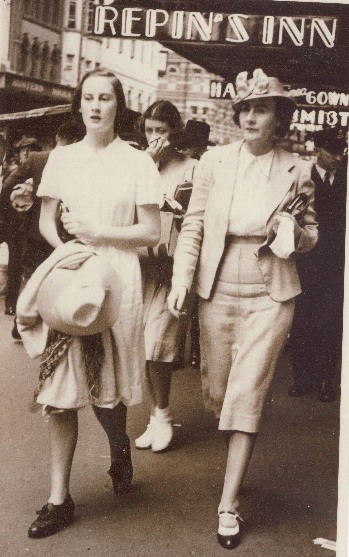 Under awning sign outside each shop. Street photographer's picture of a mother and daughter in Market Street, City

The business was established by Ivan Repin, a refugee from the Soviet Union who arrived in Sydney with his family in 1925.  As he could not use his Russian professional qualifications as a mining engineer in Australia he worked in various jobs including as a miner in the colliery at Balmain and driving buses and taxis.  Things changed after he opened a small café with a very limited menu at the top of King Street opposite the Supreme Court.  He served a good cup of coffee - unlike the atrocious coffee then generally available.  His wife made uniforms and his daughters, when school permitted, served in the shop.  Despite the economic depression the business was an immediate success.  Ivan Repin developed a distinctive coffee blend –he called American Blend - which became very popular when served in the shops – so much so that a demand from customers wanting to buy it to brew coffee at home resulted in an expansion of the business into the retailing of coffee.  A wide range of single origin coffees and distinctive blends was added to the retail offering of American Blend. By the start of World War II Repin’s had grown to seven branches. 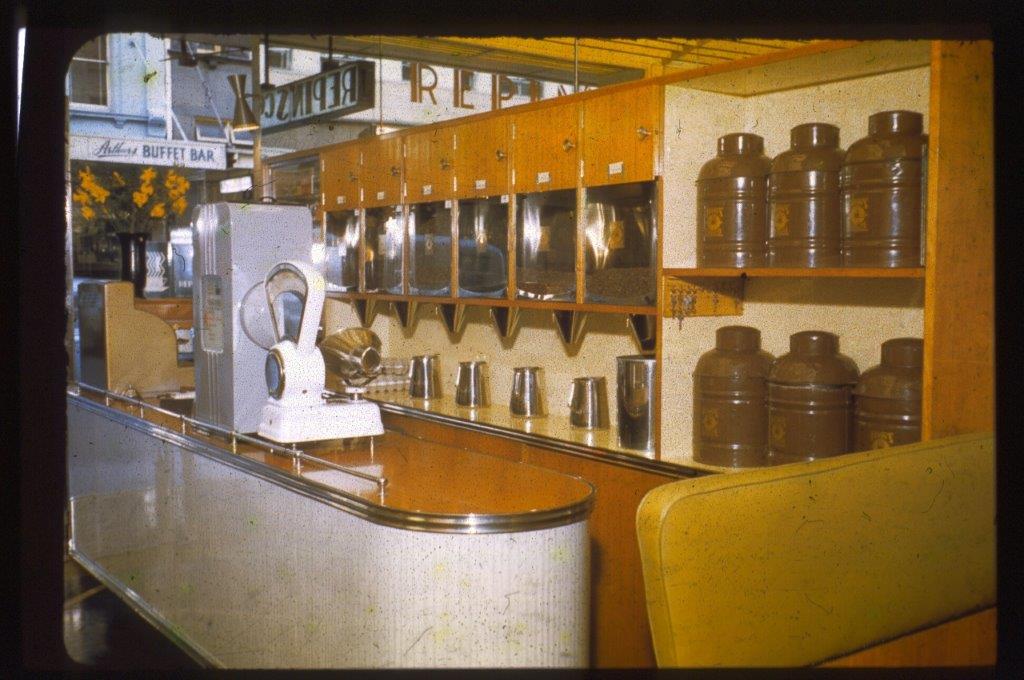 Counter at Repin's 175 Pitt Street. Set up for retailing coffee in shop between Martin Place and King Street.

Ivan Repin died in 1949 but the business continued in the hands of his brother Peter and son George.  After the end of World War II the latter embarked on a programme of renovations and modernisation including the establishment of the first modern espresso coffee lounge in Kings Cross, the “MoKa”, in 1955. 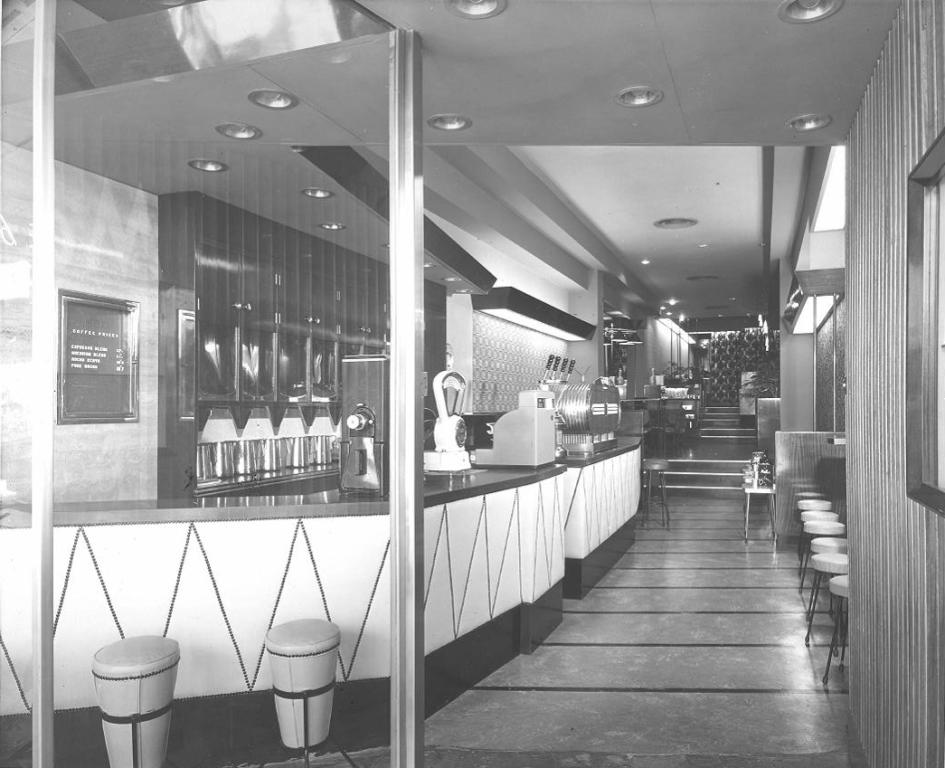 MoKa View looking into the shop.

However, with the extensive rebuilding of Sydney from the 1960s the rentals of premises on ground floor street frontages became too expensive for businesses such as Repin’s to survive. They and other well-established restaurant chains, such as Cahills and Sargents, also disappeared.  City workers who previously brought sandwiches from home for their lunch or ate at the various café and restaurant chains now found food halls in the new commercial building developments to meet their needs – fast, relatively cheap food in an ever increasing variety.

A new era had arrived.