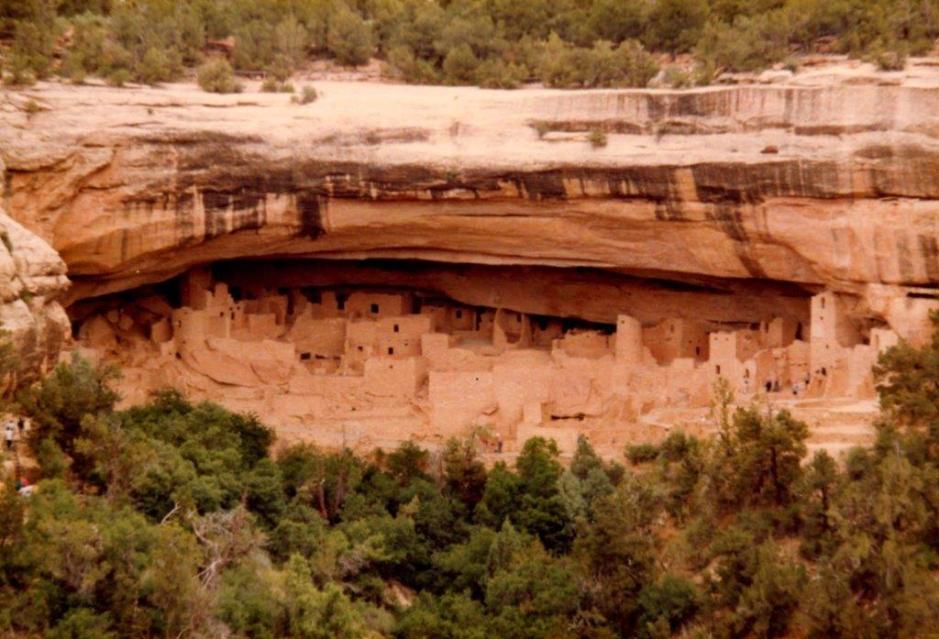 A collection of structures in a cliff face.

Ancient Pueblo Peoples were a Native American culture in an area of the USA comprising south western Colorado, northern New Mexico, north eastern Arizona and southern Utah. The Anasazi were one of the cultural groups. While archaeologists debate when this distinctive culture emerged the Ancient Pueblo Peoples are believed to have emerged around the 12th Century BCE.

The Anasazi are believed by some to have been most prominent from 600 to 1300 CE attaining a cultural “Golden Age” between about 900 and 1150 and to have started to build cliff dwellings around the late 1190s. While it is said by some that the Anasazi  “vanished” others argue that they migrated to areas in the southwest with more favourable rainfall and dependable streams because of the significant climate change in North America which started about 1150 and developed into a 300 year drought – “The Great Drought”. Other possible reasons were cyclical periods of soil erosion, environmental degradation, deforestation, hostility from new arrivals into their territory, and religious or cultural change. Some of these possibilities are supported by archaeological evidence.

The Anasazi developed interesting architecture with planned community spaces and lived in a variety of structures including multi-storied apartment-like complexes accommodating hundreds of people. These villages were often accessible only by rope or ladders which could be pulled up during enemy attacks. Some of the best examples of the stone and earth dwellings built by the Anasazi along cliff walls are in the Mesa Verde National Park in Colorado. 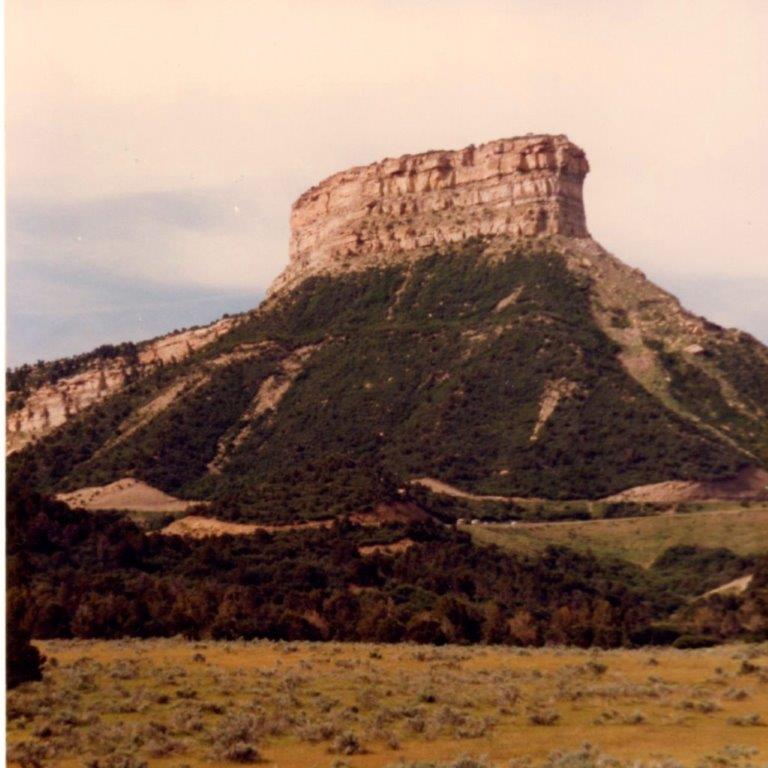 A mesa in the Mesa Verde National Park.

The Mesa Verde National Park is the largest archaeological preserve in the United States created by President Theodore Roosevelt in 1906 to protect some of the best preserved cliff dwellings in the world. It is an UNESCO Heritage site.

(A mesa – the word table in Spanish and Portuguese – is the American/English term for an elevated area of land with a flat top and sides which are usually steep cliffs. Mesasare formed by the weathering and erosion of softer types of rocks, leaving more resistant types of rocks higher than their surroundings.)

The term Anasazi has come to mean “ancient people” although the word is Navajo meaning “ancient enemy” or “enemy ancestors” but many contemporary Pueblo peoples object to its use. However there is still disagreement among them on a native alternative. Some use the term “Ancestral Pueblo Peoples”. 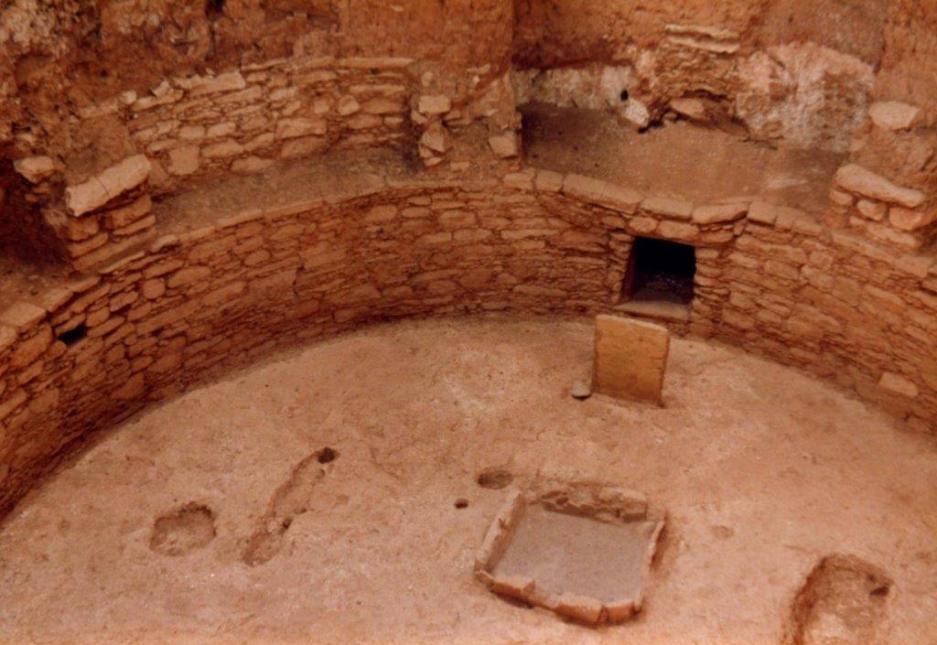 A structure outside the cliffs. 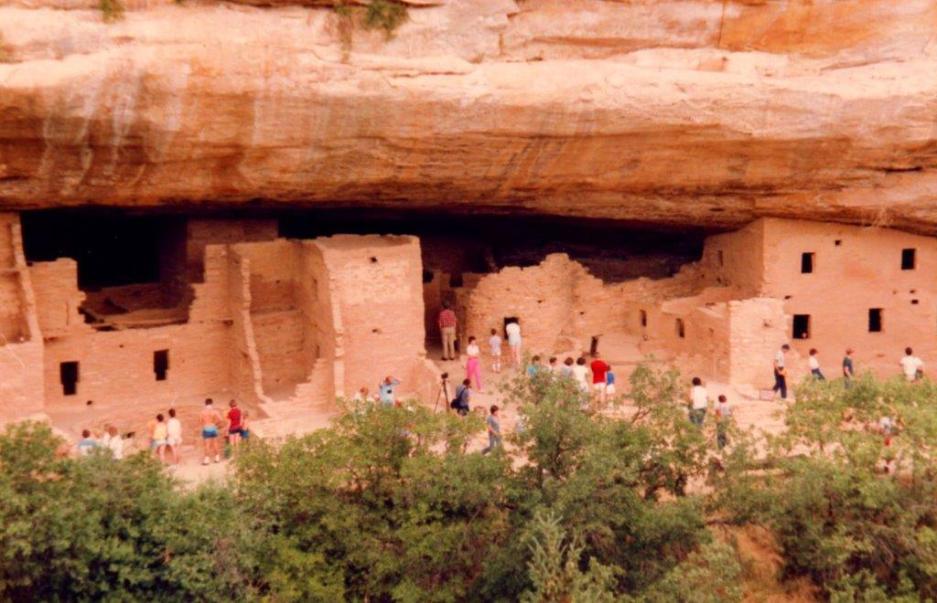 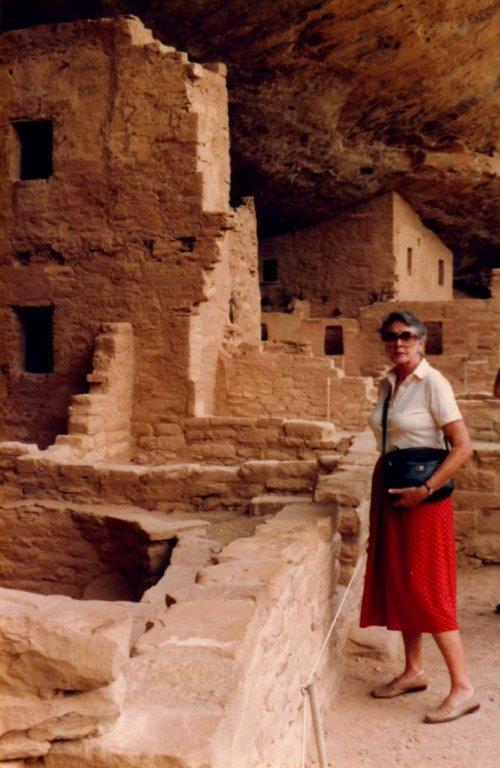 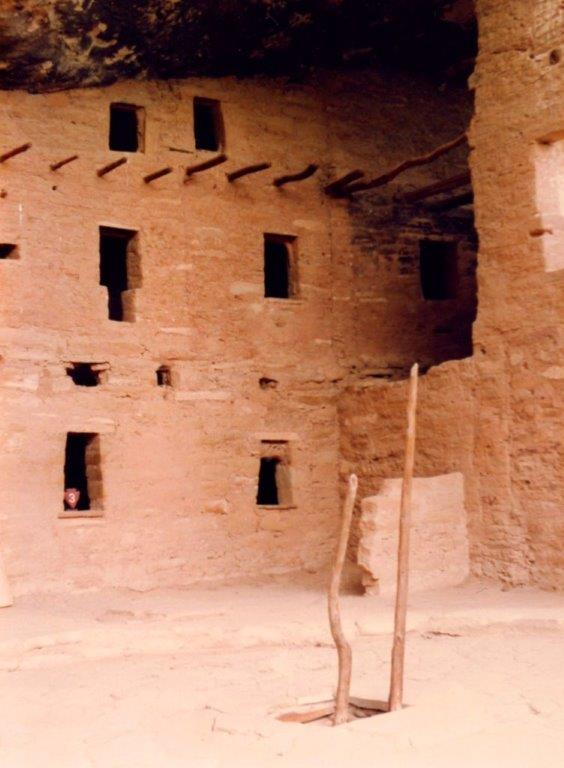