Cloisonné, as a technique for decorating metalwork objects, is believed to have first developed in the ancient Middle East to decorate small objects such as rings and small fittings for clothes. The earliest surviving pieces are six Mycenaean rings of the 13th Century BC and rings found in graves in Cyprus dating back to the 12th Century BC. In Ancient Egypt the pectoral jewels of the Pharaohs were of cloisonné. 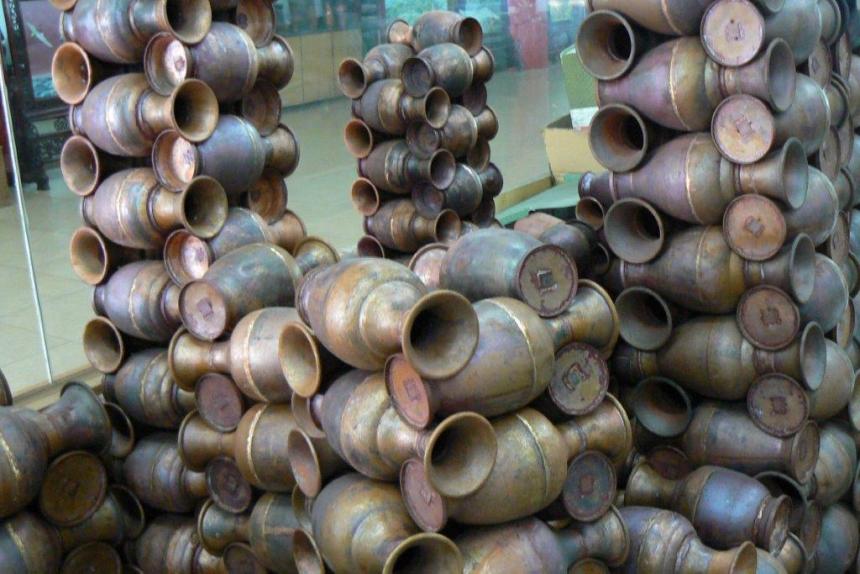 Stacked copper vases ready for use

Objects made by the cloisonne´ technique are usually themselves called cloisonné. Over time the technique spread through Byzantium and the Islamic world, undergoing modifications in the methods and the materials used. It reached China in the 13th -14th Centuries. The most elaborate and highly valued Chinese pieces are from the Ming Dynasty. 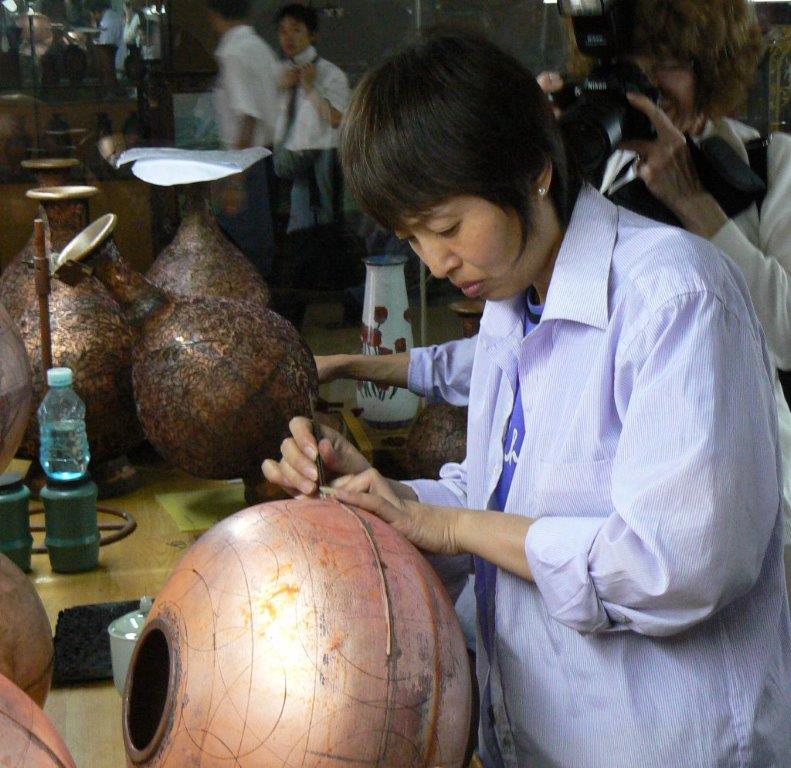 First stage of marking out a design

Chinese cloisonné is enamel cloisonné and today is probably the best known in the world but Russian cloisonné in particularly that made by the House of Faberge´ is highly valued by collectors. The Pala d’Oro, the altarpiece of the Basillica of San Marco in Venice includes cloisonné.

The accompanying photographs illustrate aspects of the preparation of cloisonné in modern China. 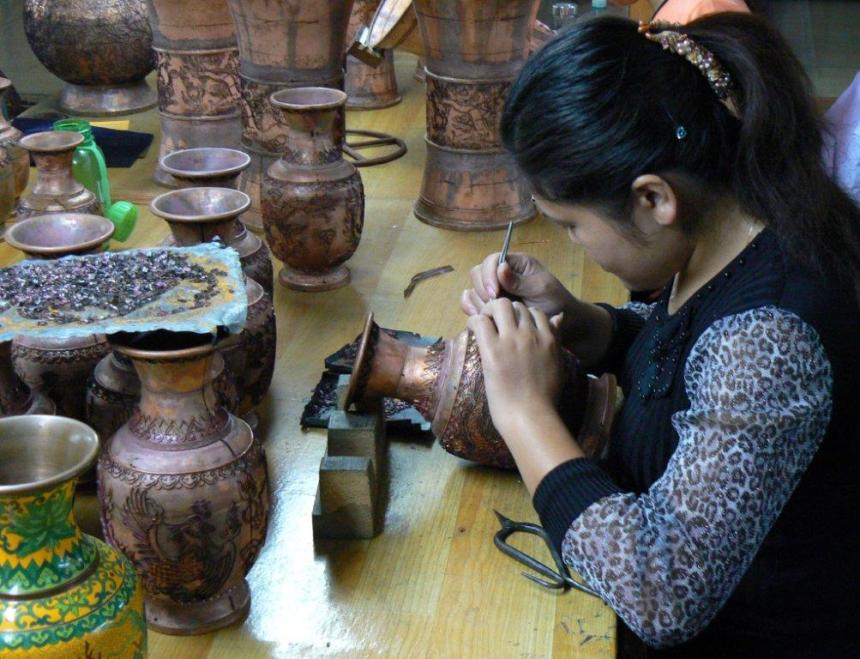 The delicate process of fixing wires to form cloisons

The process starts with the metal object, usually of copper, to be decorated. Copper has an advantage because it is relatively cheap, light, and easily hammered and stretched, but silver, gold or other metals may be used. Then, following the outline of a design, gold, silver or other metal wires or strips of metal are attached, with gum tragacanth (or sometimes solder), to the object to form spaces called cloisons (partitions or compartments in French). The spaces are filled with vitreous enamels in different colours ground to a fine powder and mixed with a dilute solution of gum tragacanth using fine spatulas, brushes or droppers. When thoroughly dry the article, with its enamel fillings, is fired in a kiln. Because the enamel shrinks on firing the process is repeated until all the cloisons are filled to the top of the wire or metal edge. After the final firing the object is polished using lapidary techniques and the tops of the cloisonné wires are polished flush with the enamel. 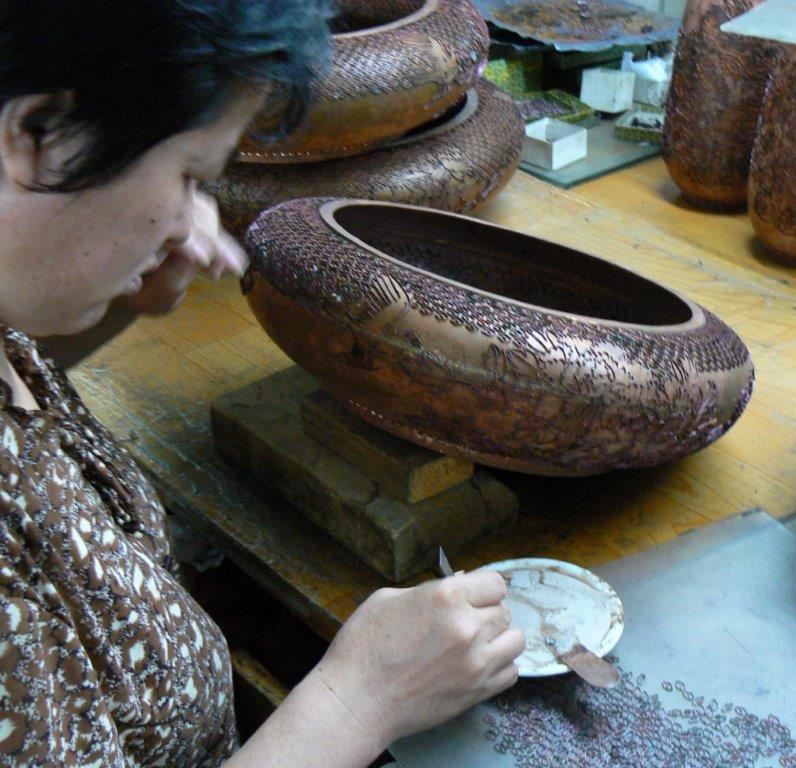 Starting to apply enamel into cloisons 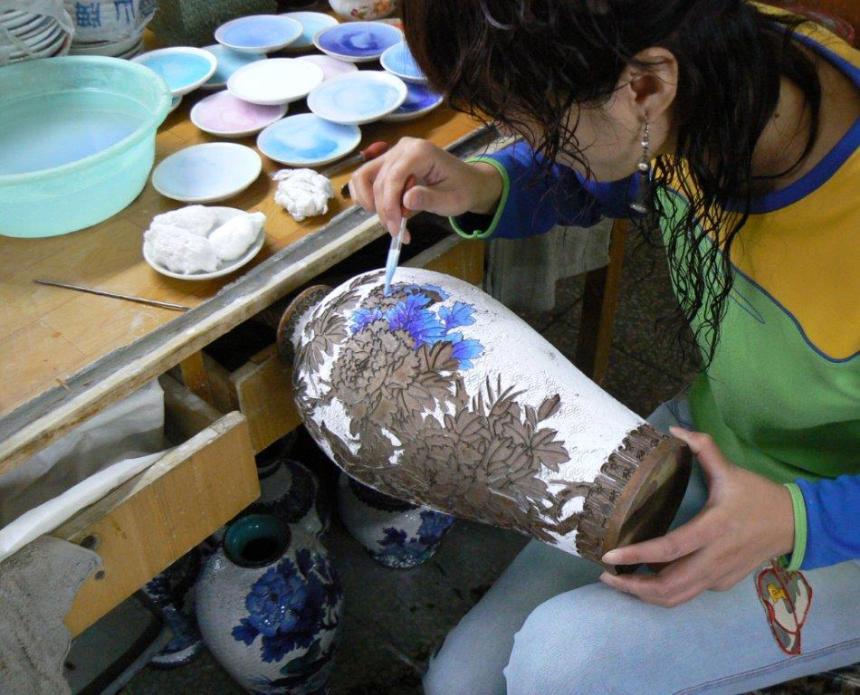 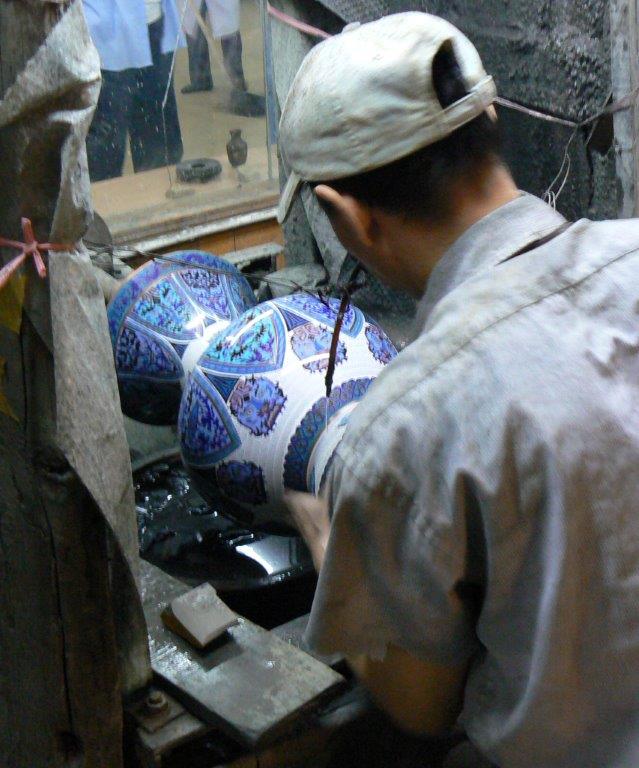 The work is demanding, requiring good eyesight, patience, care and attention to detail. 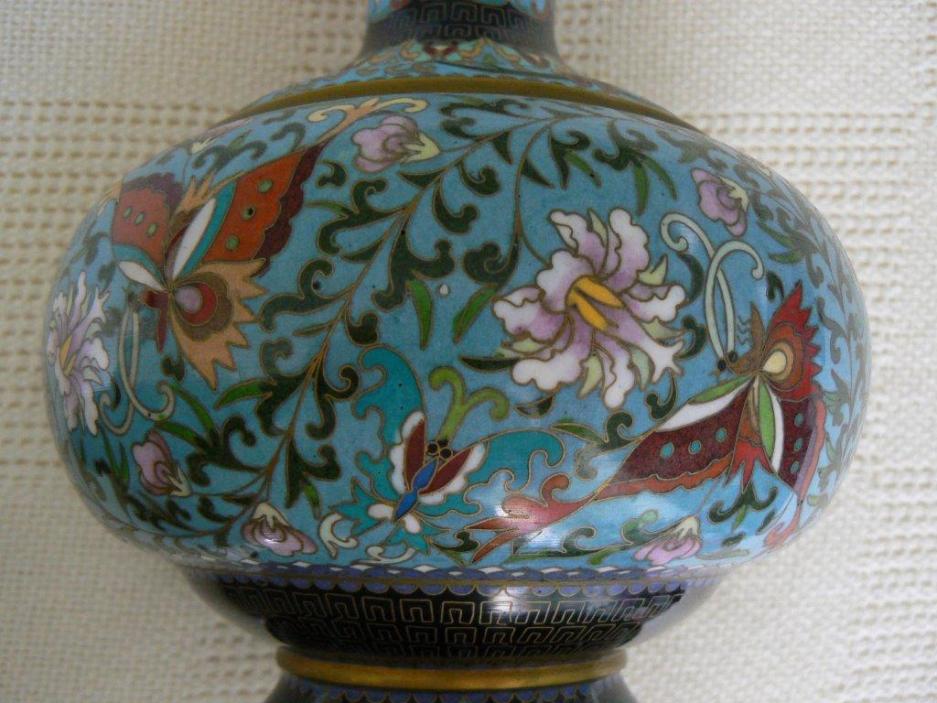 Detail on a cloisonné vase.