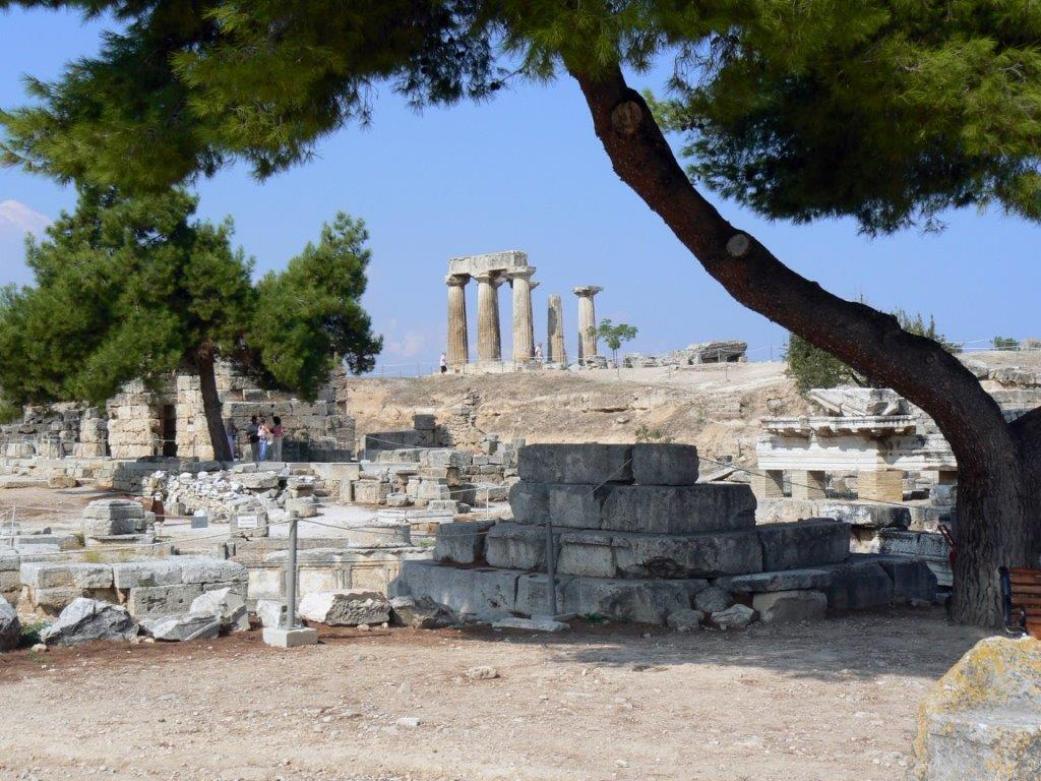 A pleasant view of the site of Ancient Corinth.

By George Repin
The man-made Corinth Canal cuts through the narrow Isthmus of Corinth, in effect separating the Peloponnese from the mainland of Greece.  The purpose of building the canal was to save the 700 Kilometre (430 mile) journey around the Peloponnese, from the Gulf of Corinth to the Saronic Gulf in the Aegean Sea.  Despite various attempts, starting as far back as proposals in the 7th Century BCE, and a failed effort to build it in the 1st Century CE this aim has never been satisfactorily realised. 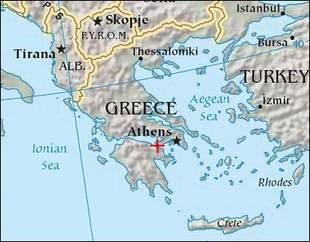 Map of Greece showing location of the Isthmus of Corinth with a red cross.
Today, the canal is too narrow for modern ocean freighters which are limited to up to 17.6 metres (58 ft) in width and 7.3 metres (24 ft) draft.  Ships can use the canal only in convoys on a one-way system.  The canal was dug through the isthmus at sea level so no locks were necessary. It is 6.4 Kilometres (4 miles) long. The narrowness of the canal makes navigation difficult, particularly as the high rock walls channel strong winds down its length, while the different times of the tides at the two gulfs at its ends cause strong tidal currents in the channel.  A further problem arises from the fact that the canal has been cut through faulted sedimentary rock in an active seismic zone so that its high limestone walls have been unstable from the start.

The Canal of Corinth.

Three vessels in the canal.
The canal is crossed by a road, a motorway and a railway line, at a height of about 45 metres (148 ft). 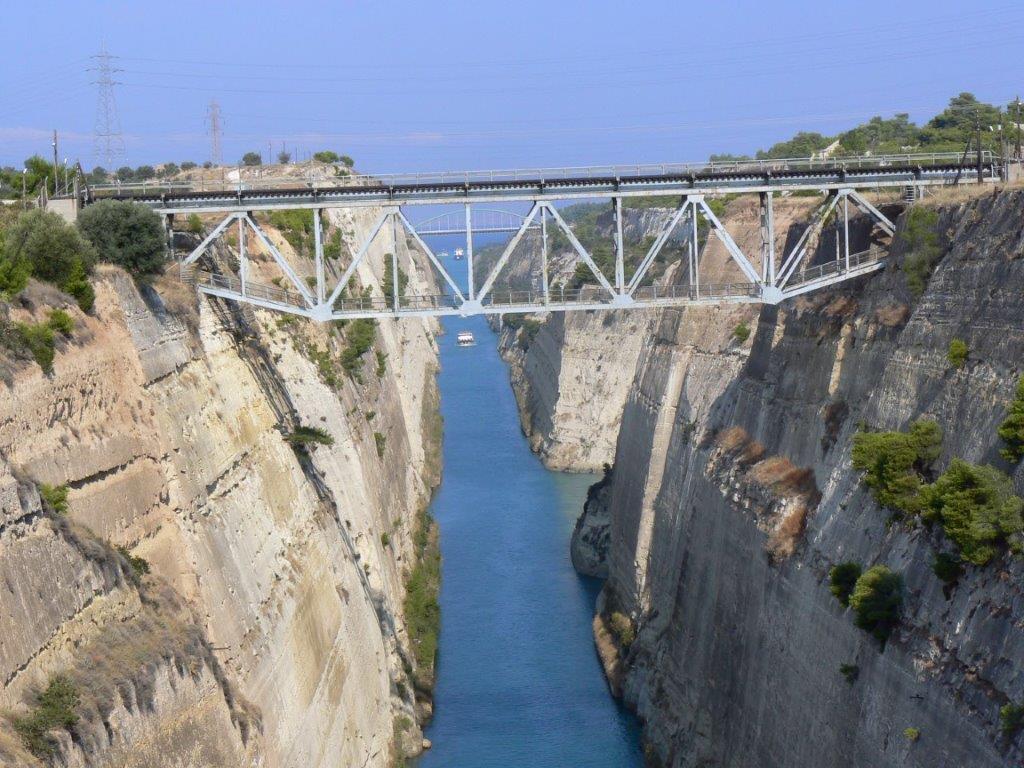 Metal railway bridge across the canal. 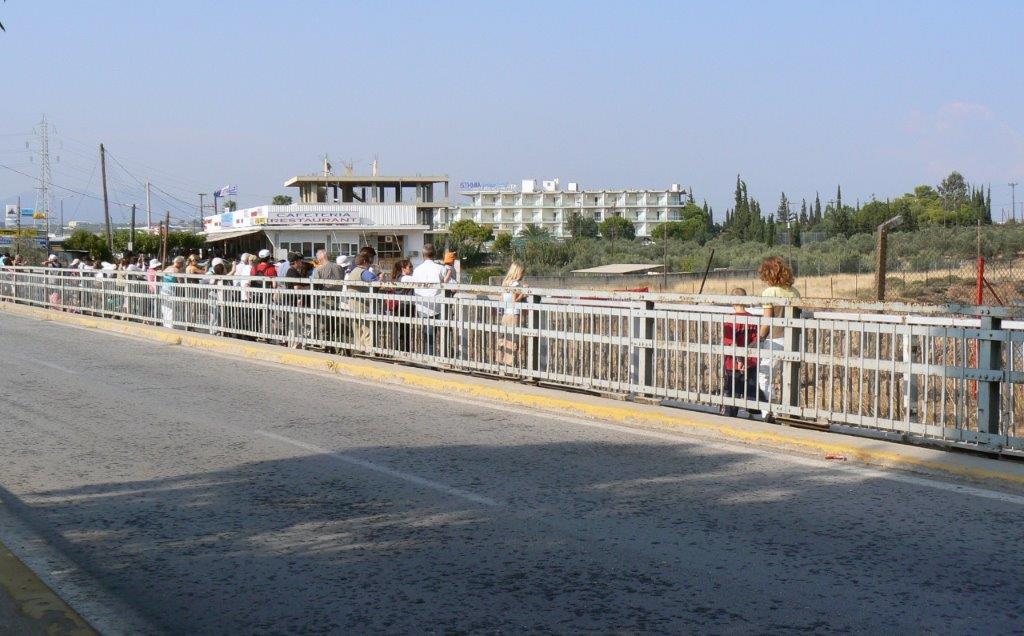 Road bridge across the canal.
It is used mainly by about 11,000 tourist vessels each year and is now of little economic importance.
Ancient Corinth, an important archaeological site, is on the Greek mainland side of the canal.  It had a long and involved history.  It has a particular resonance for Christians because of two letters in the New Testament written by St Paul – the First Corinthians and the Second Corinthians. When a village which had grown up around the remains of Ancient Corinth was destroyed by a 6.5 magnitude earthquake in 1858  a new town, New Corinth,  was established 3 Km.  (1.9 miles) to the North-East.  This town, now simply called Corinth, is a major industrial and road hub but otherwise offers little of interest.
On the other hand, Ancient Corinth is worthy of exploration and the associated museum includes interesting exhibits. 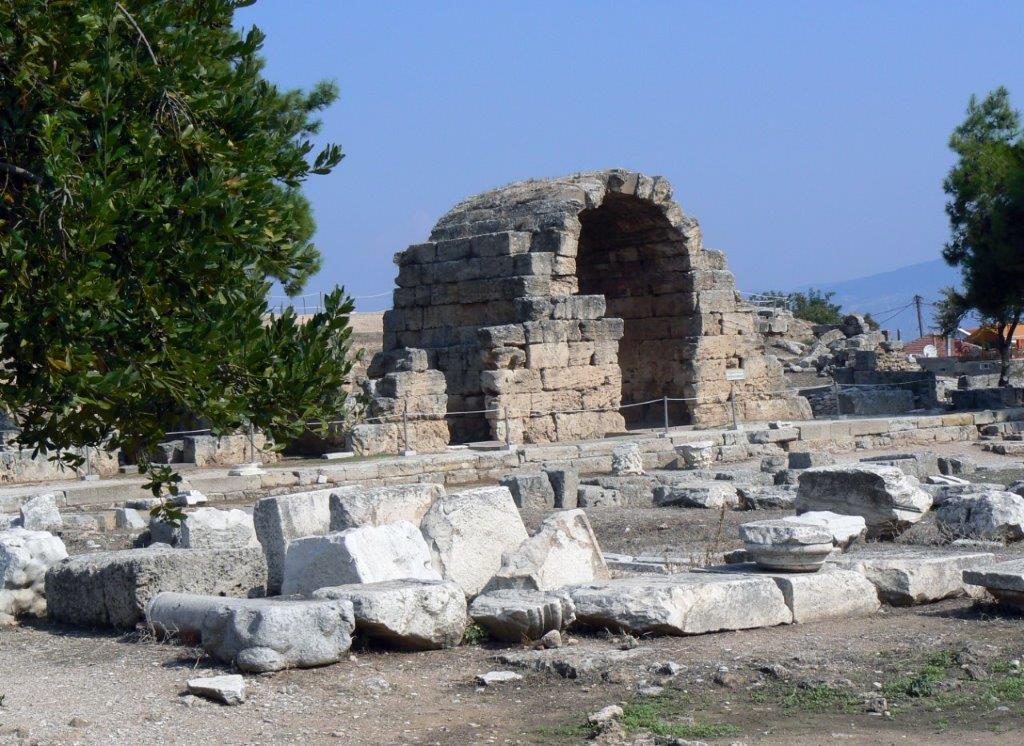 An overview of the site of Ancient Corinth. 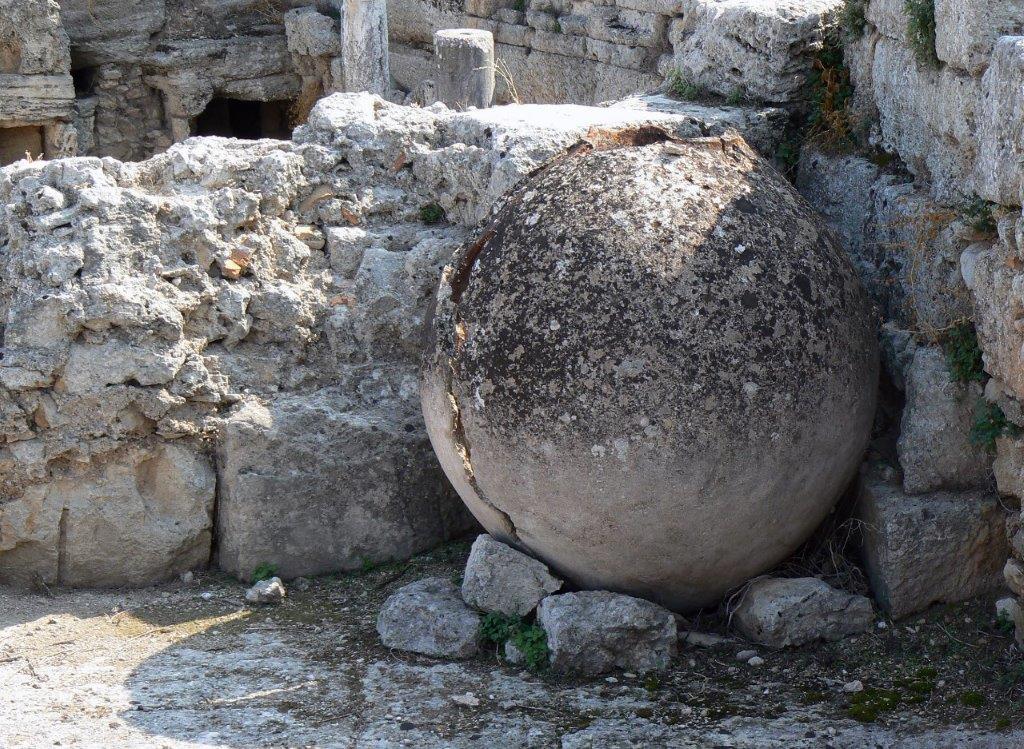 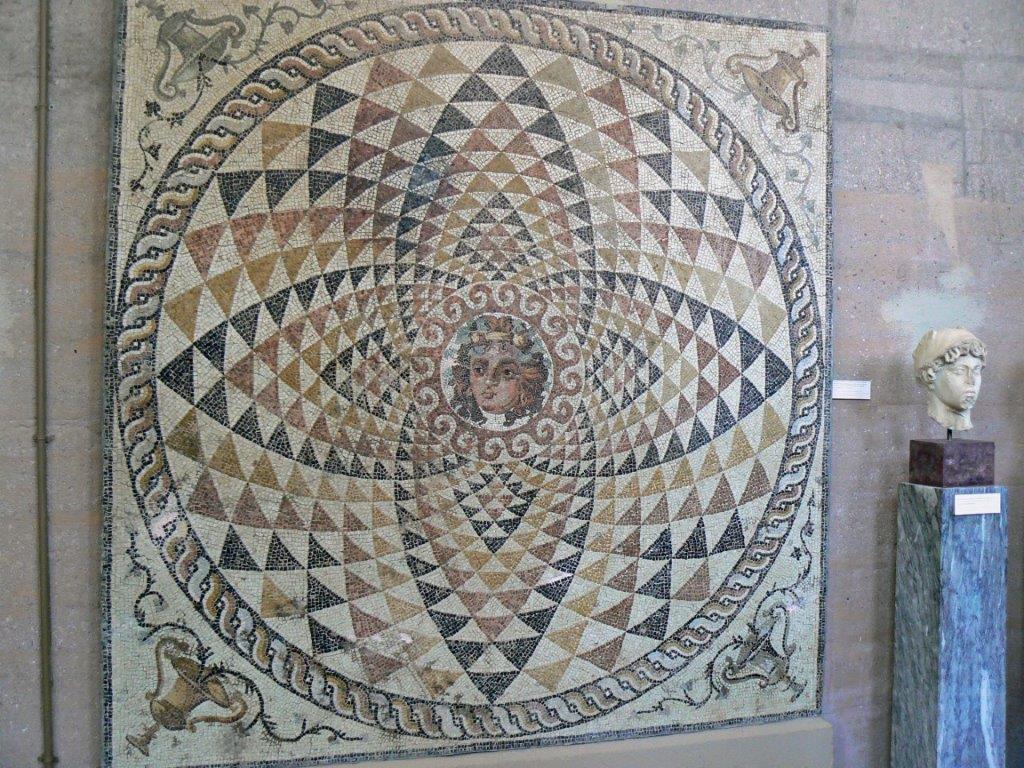 A mosaic in the Ancient Corinth site museum. 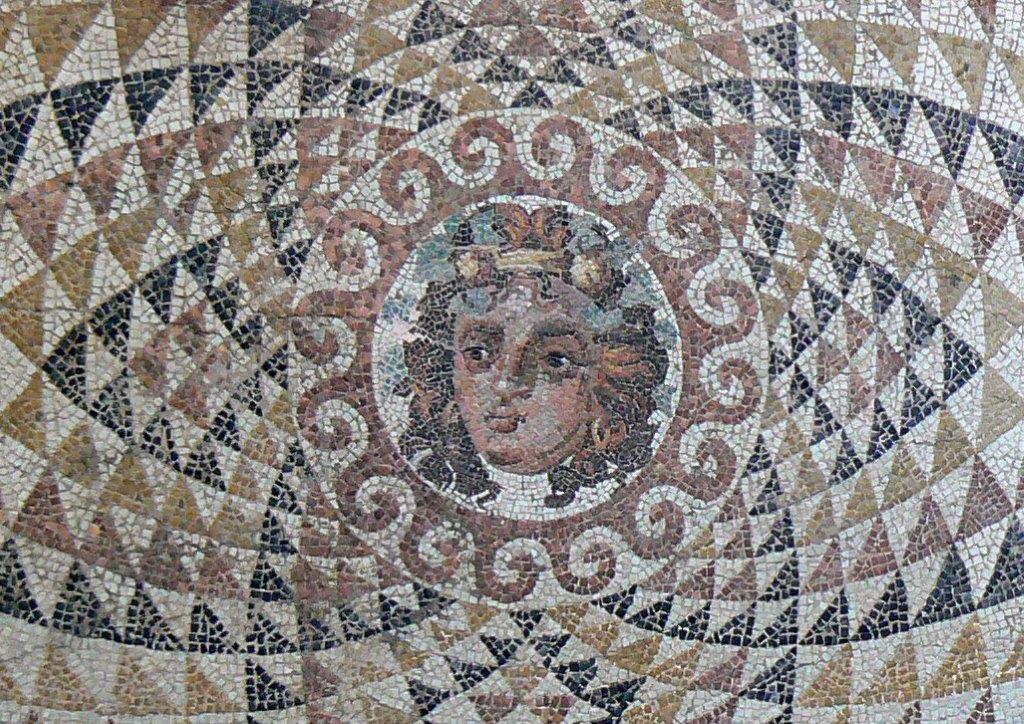 Detail of the mosaic. 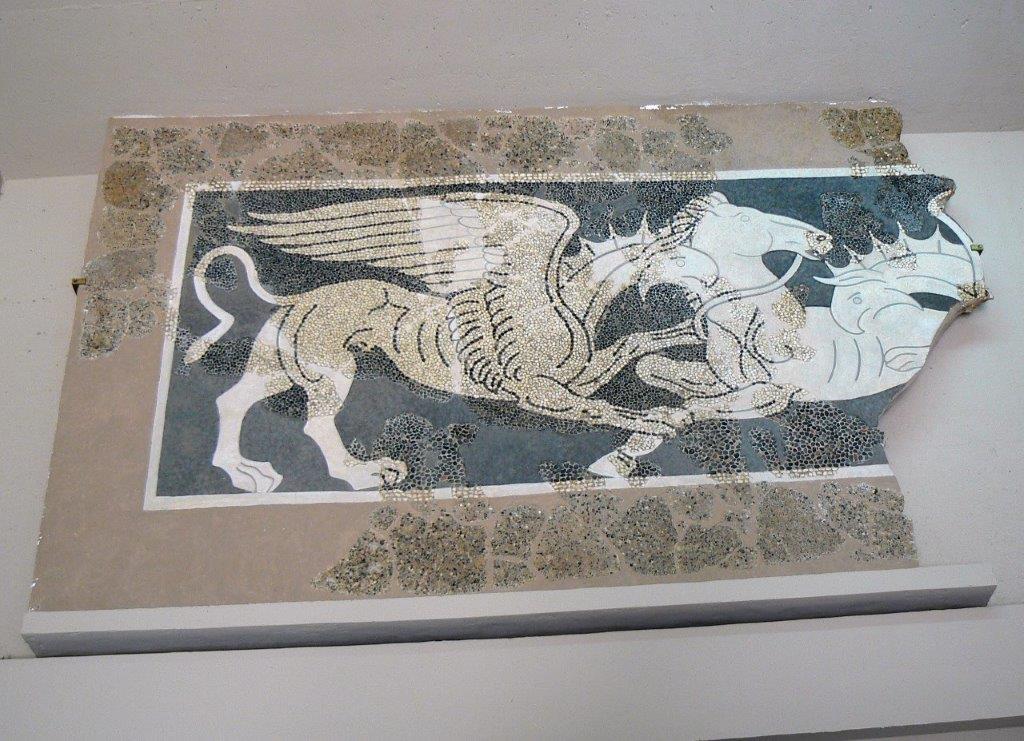 A piece of decorated marble from the site. 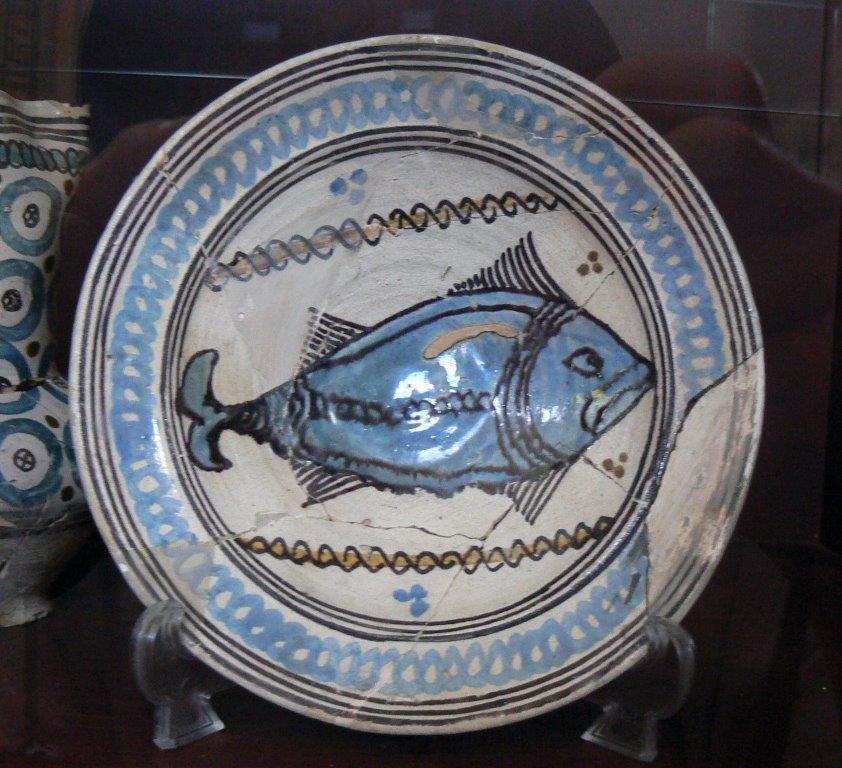 A ceramic plate with a fish motif. 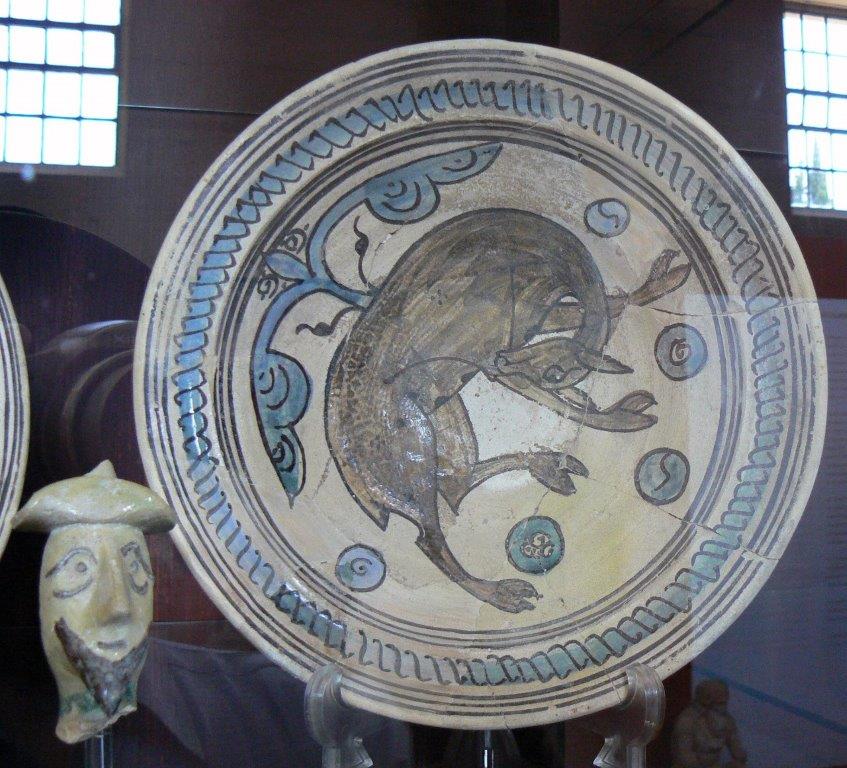 A ceramic plate with a deer motif.
(Photographs by George Repin in October 2006)