Staffa and Fingal's cave (right) seen from the south. Photo by and courtesy of Keith Boardman. 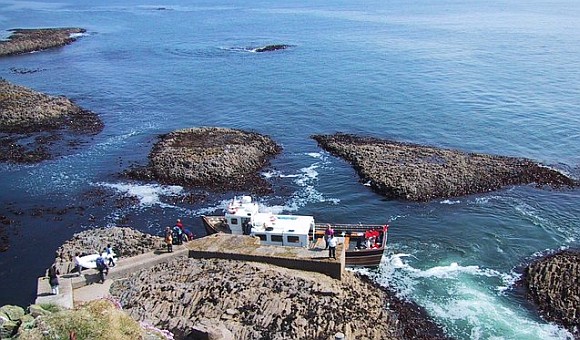 Staffa landing Stage. Photo by and courtesy of Sarah Charlesworth. 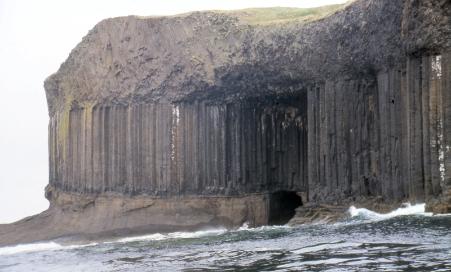 Entrance to Fingals Cave. Photo by and courtesy of Velelia 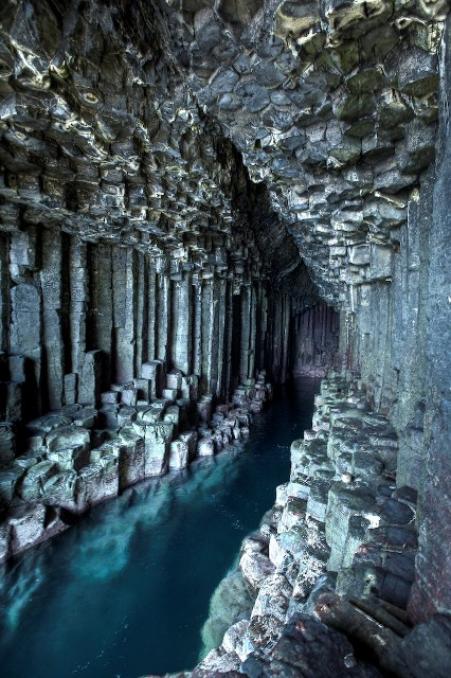 Inside Fingal's cave.Photo by and courtesy of Jess Mills. UK.

Staffa, a lonely uninhabited little island of the Inner Hebrides  off the west coast of Scotland, attracted many distinguished visitors after it came to prominence in the late 18th century following a visit by Sir Joseph Banks in August 1772.  Although access was not easy and a landing possible only in favourable weather conditions and a relatively calm sea, those who came to marvel at the extraordinary geological formations and the sound of the sea in the island’s caves included Sir Walter Scott, John Keats, William Wordsworth , J.M.W. Turner the painter, Jules Verne,  Robert Louis Stevenson and, in 1847, Queen Victoria and Prince Albert.  Felix Mendelssohn when there in 1829 was inspired by the power of the sound and the stunning beauty of Fingal’s Cave, the most renowned feature of the island, to write a concert overture, completed in 1830, and after revisions in 1832 he called The Hebrides.  This overture, sometimes called Fingal’s Cave, is an established part of the classical music repertoire.

Staffa and the nearby, but very different, island of Iona can be visited, subject to weather conditions, on day trips by ferry from Oban.  On approaching the island the interesting geological formation becomes apparent. Above a basement of tuff, or rock composed of volcanic debris, the faces of the cliffs are of columnar basalt which also forms the colonnades at the entrances of the major caves.  In turn the colonnades are overlaid by a mass of amorphous basalt.  There is no sandy beach. The coast consists of rugged black and brown weathered basaltic rock and a few small patches of coarse black shingle. There are few places where visitors can land safely and only in good weather. Even so, a tender preparing to land may be lifted several feet by the swell, making disembarkation hazardous.

The Vikings named Staffa because the columnar basalt reminded them of their houses which were built from vertically placed tree logs.  Old Norse “Stave or pillar island”.

Fingal’s Cave the most imposing feature of Staffa has been described by one author as if it had been built by skilled craftsmen: “its pointed-arch entrance and its clustered columns bear some resemblance to Gothic architecture”. The cave is 230 feet long from the entrance to the innermost part, and 65 feet high from mean tide sea level to the apex of the arch.  It can be reached from the landing point, when the sea is calm, over a walkway composed of the fractured tops of basaltic columns, just above the high water level. 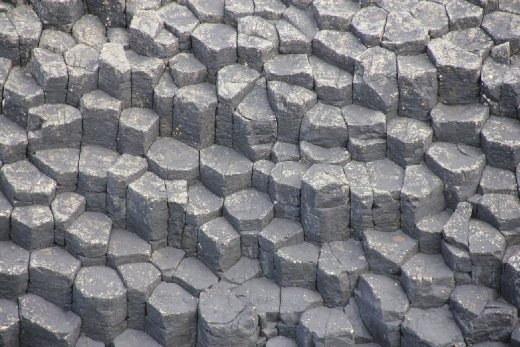 To visit Staffa, to undertake the exciting walk to Fingal’s Cave and to see this remarkable natural formation is a rewarding and memorable experience. 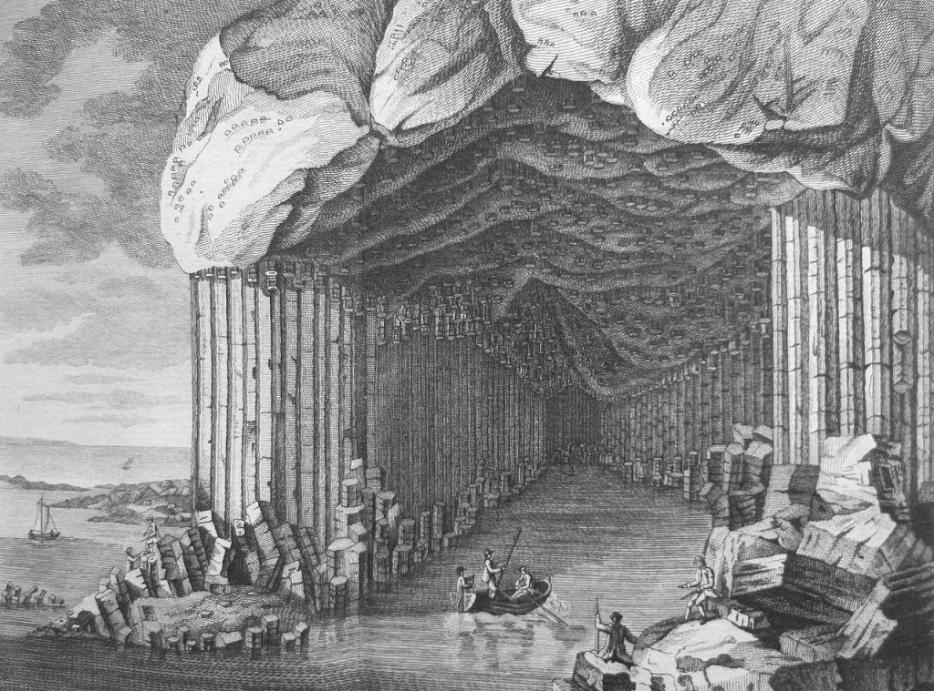 Engraving based on an 18th century work by John Cleveley, published in T Pennant, A Tour In Scotland And Voyage To The Hebrides 1772, London 1774. By John Cleveley Jnr. and unknown engraver