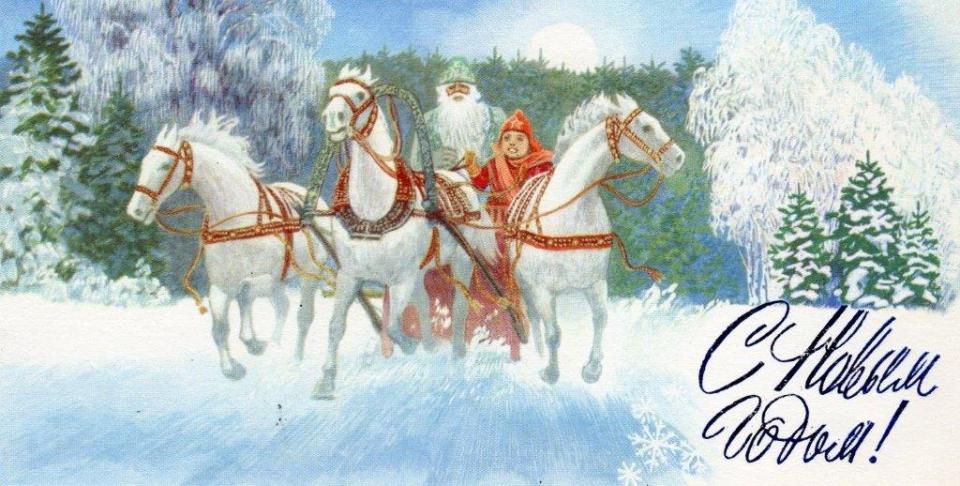 The principal feast day of the Russian calendar, for nearly one thousand years, has been Easter which continues to be celebrated throughout the world wherever adherents of the Russian Orthodox Church gather together.  Although supressed during the Soviet era there has been an extraordinary resurgence of religious observance in Russia, particularly at Easter.

On the other hand New Year, not Christmas, is a major time of  family  celebrations.  Families gather on New Year’s Eve shortly before midnight to eat and drink together and to mark the coming of the New Year with the greeting : с новым годом

(This is pronounced SNO-vim GO-dahm and is translated as Happy New Year, but literally it means With the New Year – a good wish for the year ahead).

A practice in traditional Russian families before the Russian Revolution, which has been maintained by some émigré families has been to bake a pirog – a rectangular pie made with minced cooked beef, onions, and hard-boiled eggs with a concealed gold (or silver) coin, and a bottom and top crust of yeast dough.  At midnight the pie is marked out in rectangles which are dedicated to each member of the family, the “home” and, if the family has one or more businesses, to each of the businesses.  The tradition is that the recipient of the piece with the coin will prosper in the New Year.

Although, historically, the start of the New Year in Russia was celebrated on different dates – such as at the Vernal Equinox, on March 1 and on September 1 – Peter the Great at the end of 1699 ordered that the celebration of the New Year would be on January 1 as was the case in many of the Protestant countries of Europe which followed the Julian calendar.  He also ordered the use of fir trees, pine trees and juniper branches as decorations. However, when in the 18th Century the Protestant countries of Europe changed to the Gregorian calendar Russia maintained the Julian calendar and, accordingly, the dates of New Year’s  day diverged until 1918 when the Gregorian calendar was adopted by the Soviets.

In 1929 the Soviets abolished Christmas and fir tree decorations and it was only at the end of 1935 that fir trees and New Year celebrations were restored.  However it was not until 1949 that January 1 became an official holiday.

Decorated fir trees are in homes and Ded Moroz (Grandfather Frost) and his helper the fairy grand-daughter Snegourochka (“The Snow Maiden”) are associated with distributing presents to children in celebration of the New Year.

The Snow Maiden is also a character in a Russian Fairy Tale dating back to the early 19th Century unrelated to Ded Moroz.

While superficially similar Ded Moroz and Santa Claus are quite different characters.  Ded Moroz wears a red caftan (an old style garment) edged with white fluff, a red (sometimes blue) Russian style fur trimmed cap (not a conical hat), white mittens and felt boots.  He comes from deep in the Russian forests in a sleigh drawn by horses not by reindeers, and is not accompanied by gnomes.  Unlike Santa Claus he has no relationship with Saint Nicholas.

Instead of Christmas cards Russians send New Year cards.  Pictures of a selection of such cards which I received from the Medical Workers Union of the USSR in the late 1970s accompany this article. 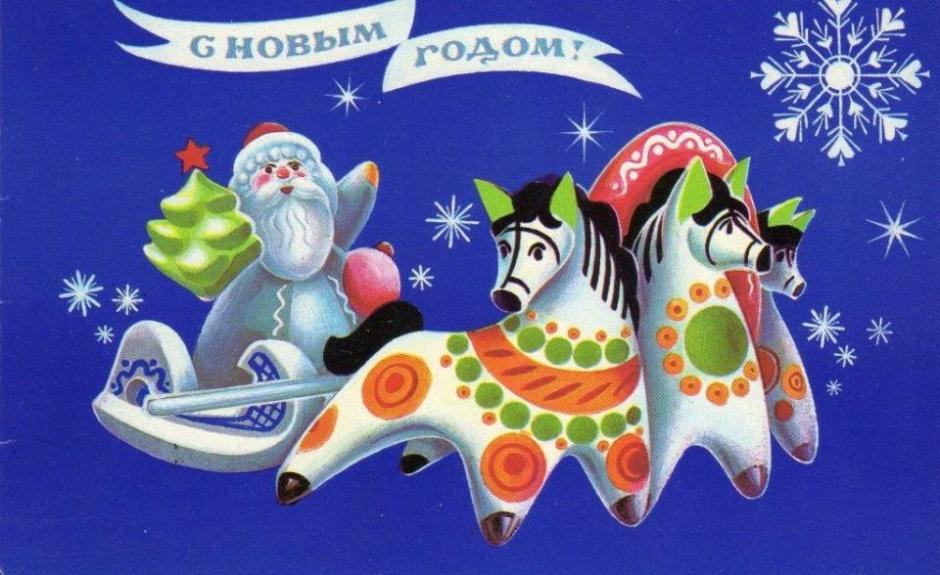 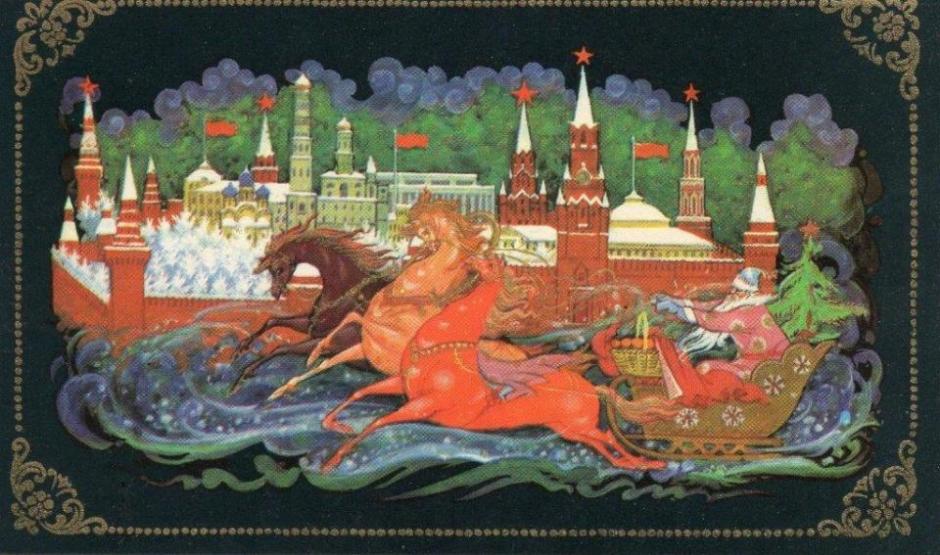