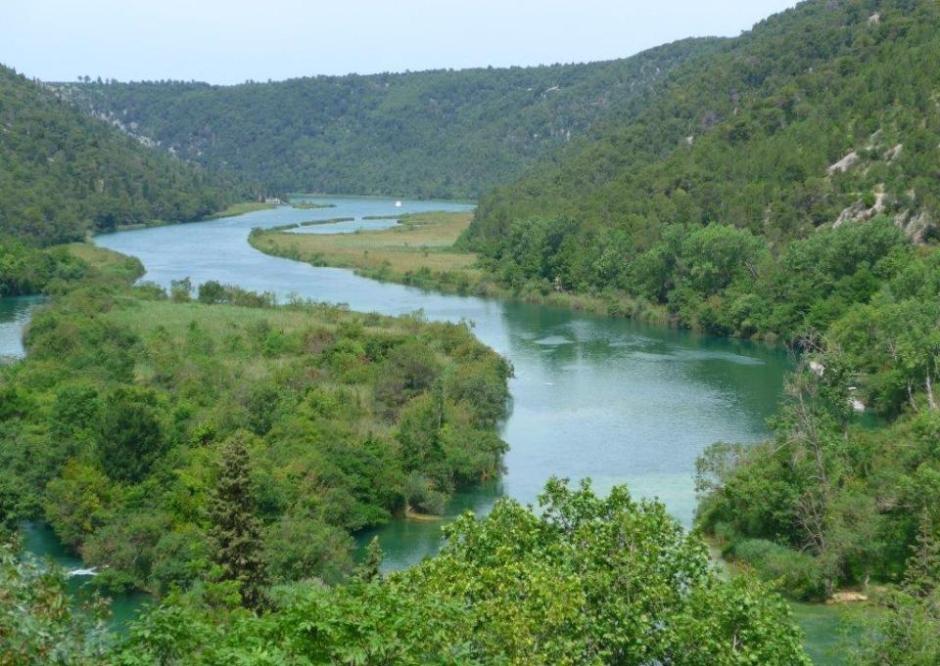 The Krka National Park in Central Dalmatia, Croatia was proclaimed in 1985.  Located on the middle-lower course of the Krka River it was established to protect the river for scientific, cultural, educational, recreational and tourism activities.

The Krka River rises near the border with Bosnia and Herzegovina flowing 72.5 Kms. to the Adriatic Sea near Šibenik.  It is a natural karst river with seven travertine barriers creating waterfalls.

The national park is a largely unchanged area in environmental terms with preserved, little-changed ecosystems.  Eight hundred and sixty species and subspecies of plants have been identified within its area.  Eighteen species of fish are in the river. Lakes formed along the river, and surrounding swamped meadows, abound in amphibia and birds.  With 222 species of birds, and with Kark important for the spring and autumn migrations, it is one of Europe’s foremost ornithological regions. 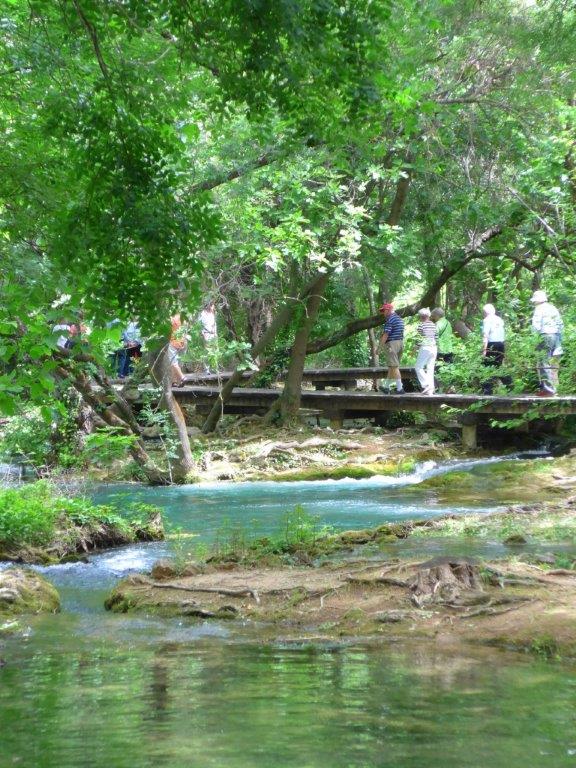 Boardwalk over rivulets beside the river

Kark also boasts of sites of ethnographic interest. Watermills were of exceptional importance to the lives of the people throughout Dalmatia in the Middle Ages and, because of their economic significance were often the sources of conflict.

Most of the mills preserved in the Krka National Park date back to the 19th Century.  They have considerable cultural and historical significance as monuments to aspects of rural life and needs.  Some mills processed wool while others ground grain.

As recently as the 1960s almost every family produced cloth from the wool of sheep. Freshly woven cloth was processed in a fulling mill to soften it and to make it more compact for the production of blankets, bedding, bags and, before the 1940s, clothes.  Finer cloth for making clothes was softened under running water.  After the process of fulling, which lasted several hours, the cloth was hung on nearby fences and stone walls to dry in the sun.  These techniques were discontinued in the 1970s. 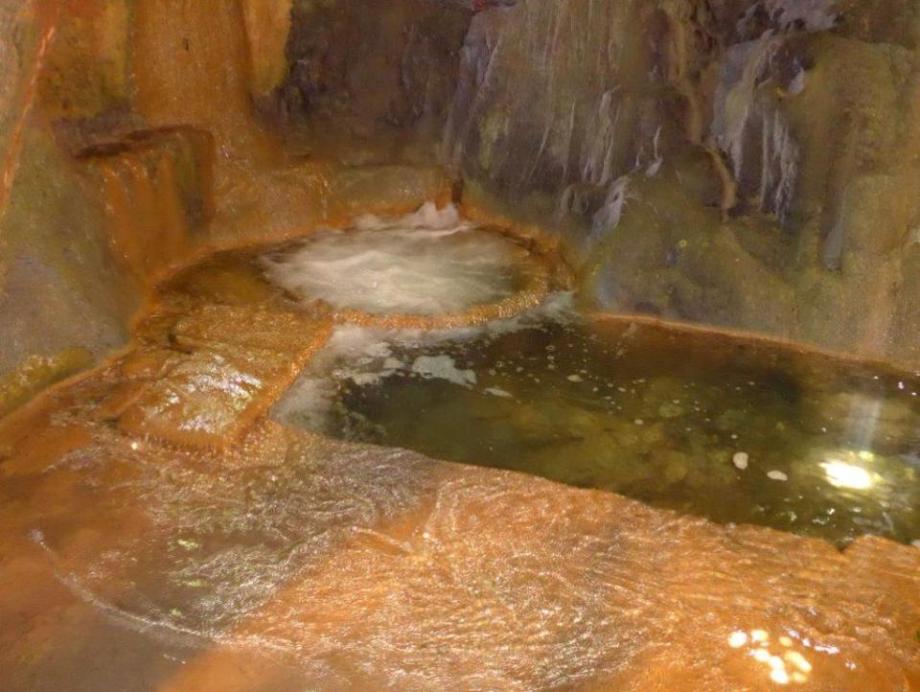 Pits in a fulling mill 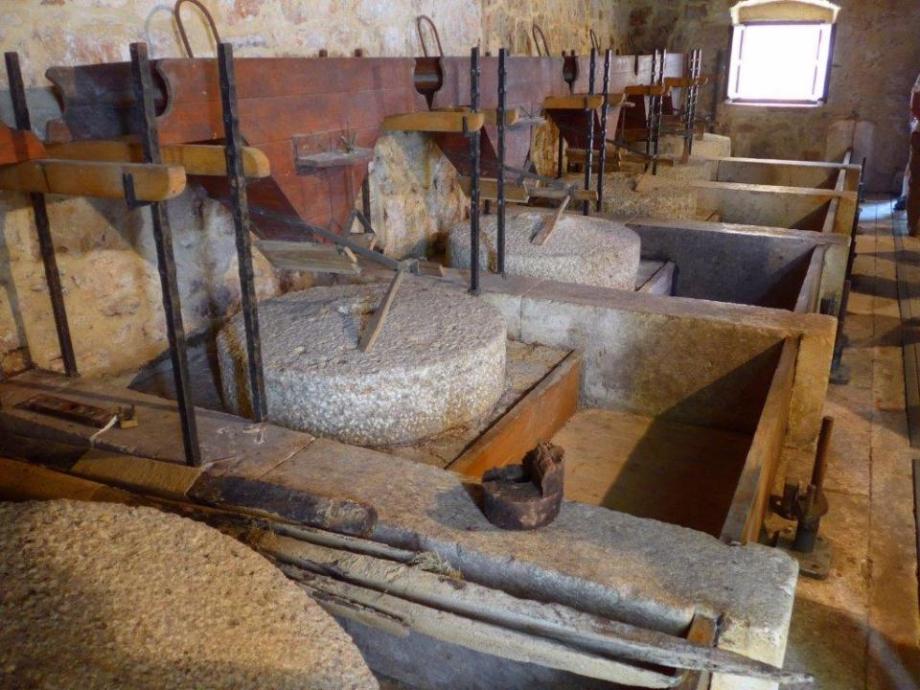 Inside a water mill for grinding grain

Barley, wheat and corn were cultivated in surrounding areas.  Bread was made from barley and wheat – polenta from corn.  Water mills were crucial for grinding the cereals.  Water flows in the Krka River throughout the year, even in the summer when local rivulets dried up and their mills became inoperative.  At such times farmers were forced to bring their grain to the Krka mills when the demand for access sometimes was so great that farmers might have to wait for up to three days for their turn.  As a result the mills became places for meeting and socialising.

Watermills for grinding grain are known to have existed in the 12th Century CE.  From the 19th Century they started to be replaced with steam and electric mills. The Krka watermill ceased to operate in the 1970s. 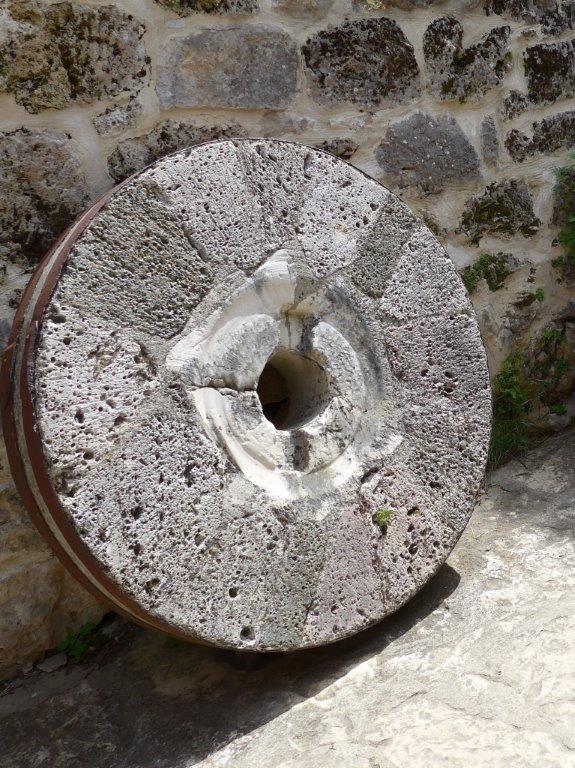 Grinding stone from a water mill

Of interest in the park are the remains of the Krka Hydropower Plant which came into operation in 1895 only two days after Tesla’s hydroelectric plant at Niagara Falls.  It supplied Šibenik with electricity before many European cities received theirs.

Photographs by George Repin in May, 2014.

NOTE: A 360º panoramic view of the Krka National Park can be seen by Googling Javna ustanova “Nacionalni park Krka” -Open 360º  panoramic view on Home Page  or go straight to by Visiting HERE 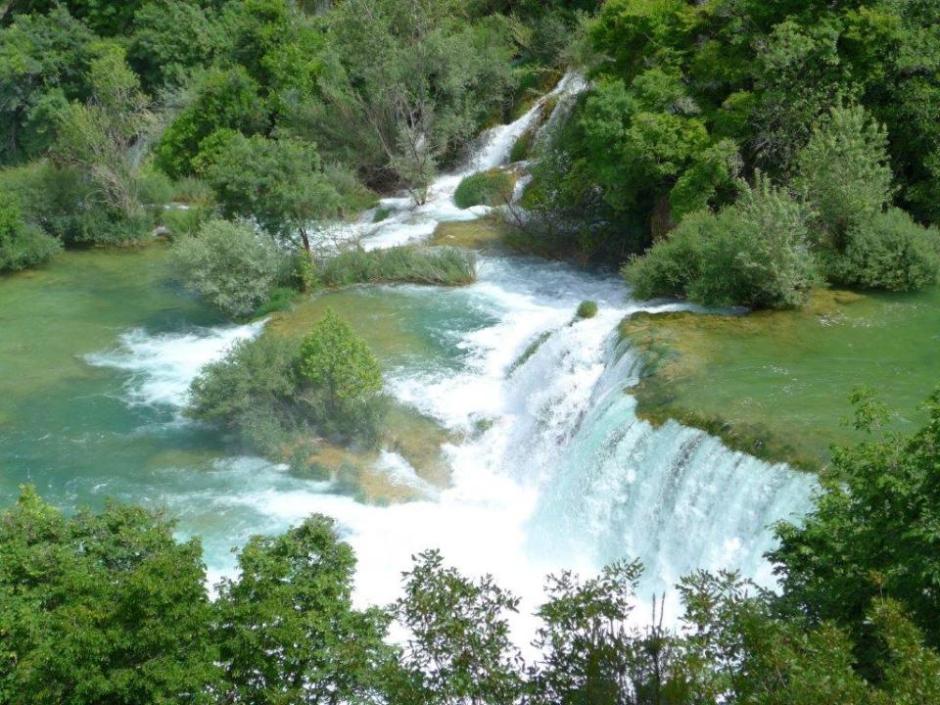 Cascades in the river 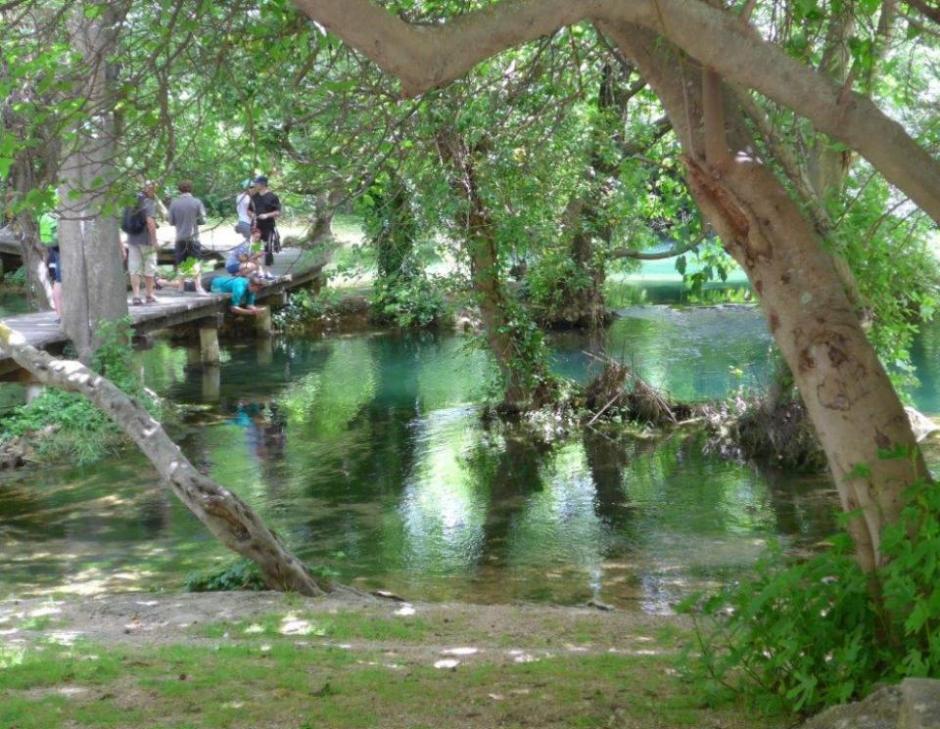 Boardwalk over shallows beside the river 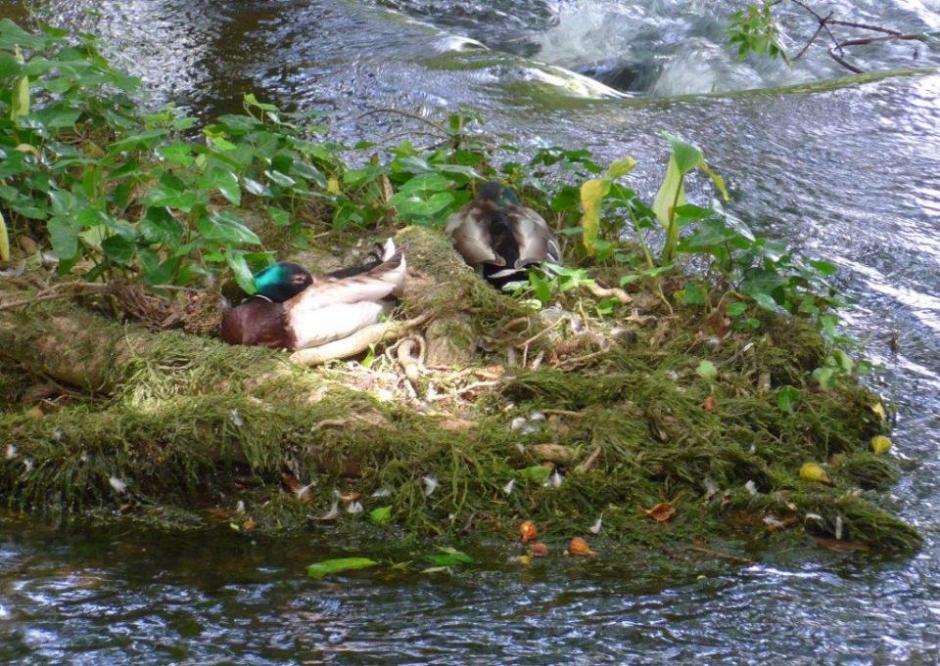