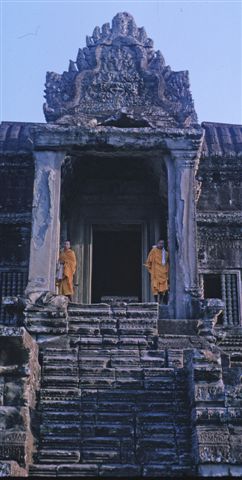 Angkor, the capital of the Khmer empire in what is now Cambodia, in the eleventh century was a flourishing densely populated city. Over several centuries an extraordinary number of complex buildings and temples grew up in the area, culminating in the glorious Angkor Wat. When the Khmers fell the jungle gradually crept back, taking over many of the structures which progressively deteriorated, buried beneath lush vegetation. The city was largely forgotten although there is evidence that Japanese were aware of Angkor in the early 17th Century.  At about the same time Spanish missionaries sent descriptions back to Spain.  However, it was the French naturalist Henri Mouhait who is credited with introducing the ruins of Angkor to the west in 1861.

The French, having established their influence in Indochina, made Cambodia a protectorate in 1864 and initiated a programme to preserve the ruins of Angkor Wat. In the following decades, as more ruins were discovered in the surrounding jungle the task of studying them was assumed by scholars of the Ecole Francaise d’Extreme-Orient.

However, it was many years before tourists started to arrive in Angkor, aided in their exploration by the definitive Guide to Angkor by Henri Parmentier, published in Saigon . Tourists were few because of the remoteness of the area, transportation difficulties and the significant absence of suitable accommodation in Siem Reap, the “gateway” to Angkor. This was the ideal time to visit Angkor - before the hordes arrived.  It was also the time before fighting in Vietnam  spread into Cambodia.

The accompanying photographs are selected from Kodachromes taken by me in 1963. 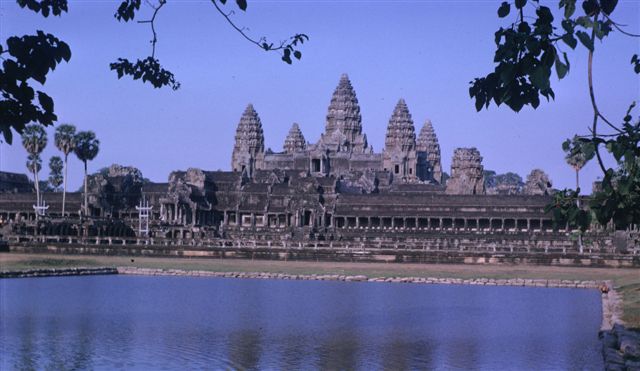 Angkor Wat viewed across the lake (the symbolic “ocean”) 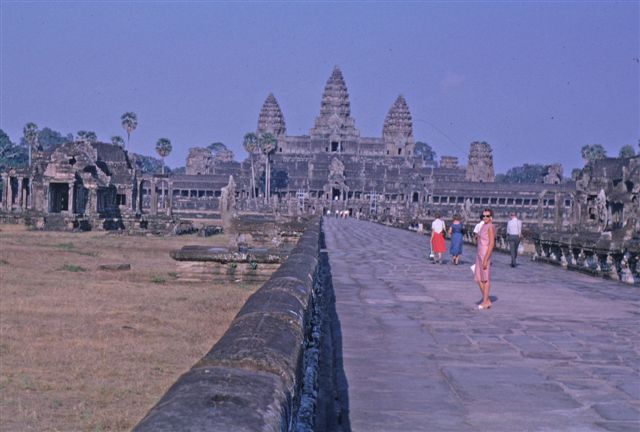 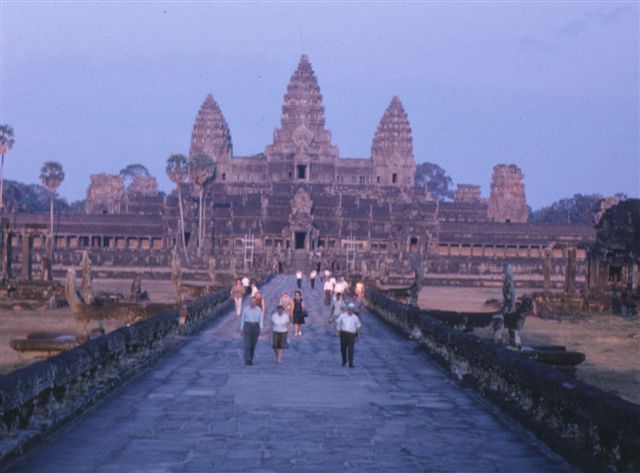 Visitors returning in the late afternoon 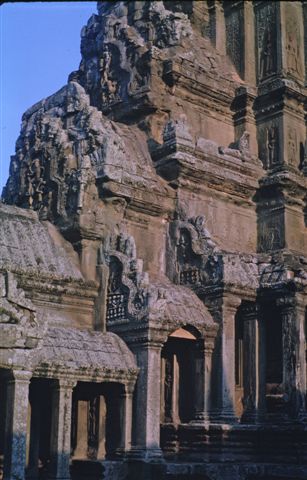 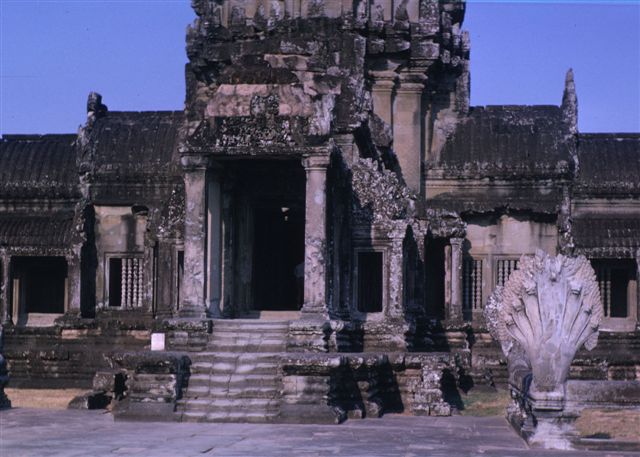 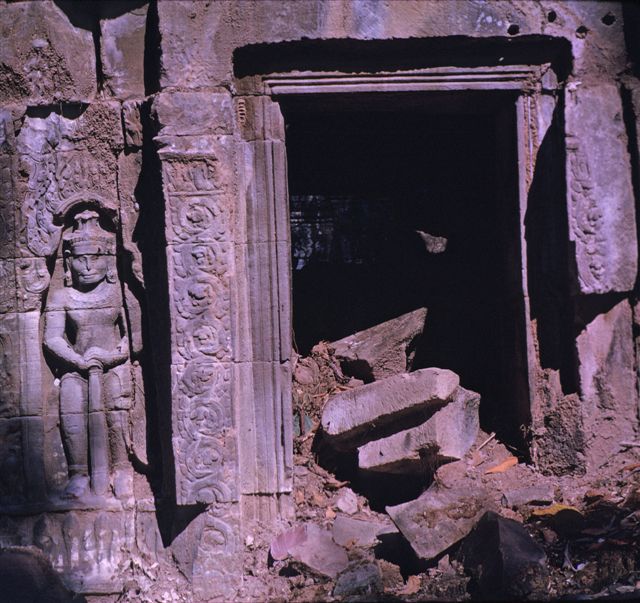 Archway and debris in an unrestored area 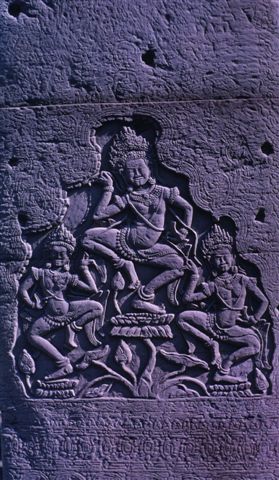