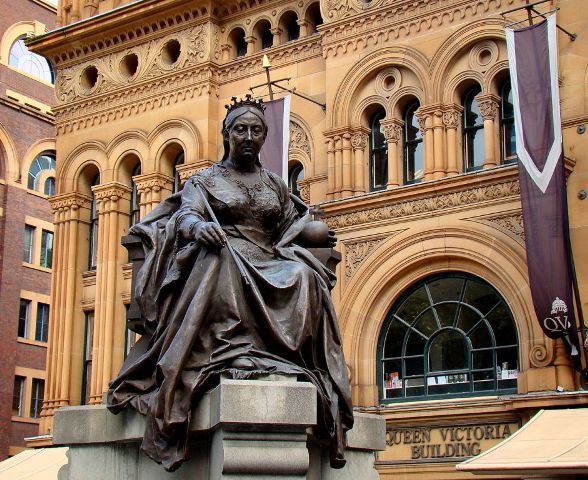 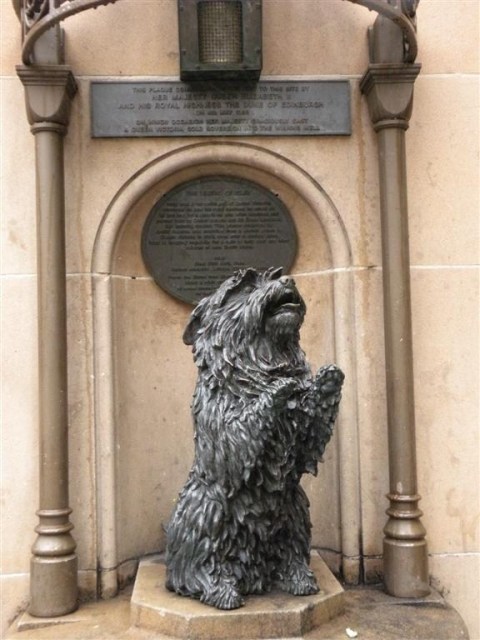 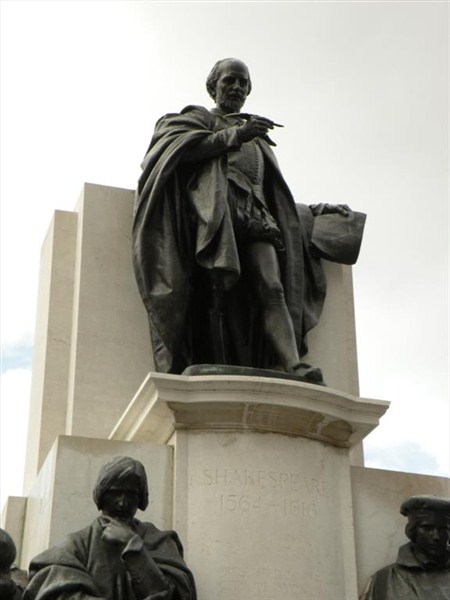 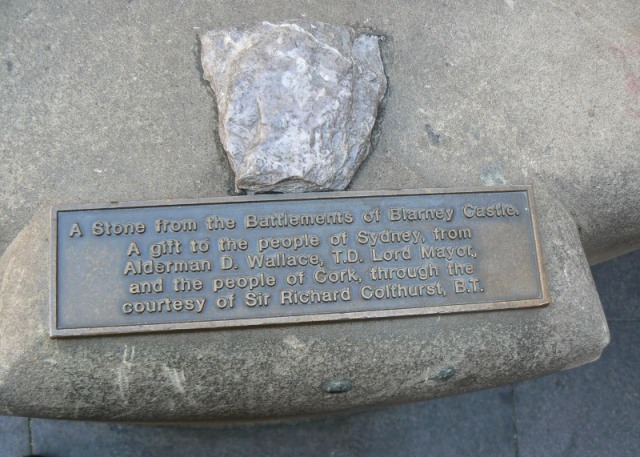 Stone from the battlements of Blarney Castle by George Repin.

HAVE YOU STOPPED TO LOOK?
by George Repin

The Central Business District of Sydney abounds with statues, fountains and wishing wells, but they seem to be ignored by the city’s workers as they hurry about their business. Tourists, on the other hand, find many of them interesting, read the inscriptions and can be seen taking souvenir photographs. Much of this street architecture, which includes some grand statues, has stories to tell and provides insights into the city’s history.

A statue of the young Queen Victoria, originally erected in 1888, stands in Queen’s Square near St James Church where it was moved from the centre of the square when it was redesigned following removal of the trams.  Albert, the Prince Consort, is on the other side of Macquarie Street in front of the Hyde Park Barracks.  After a long separation, during which he stood in front of Hyde Park and later in the Botanical Gardens, he and the Queen were reunited opposite each other in 1987.

An older Queen Victoria sits at the southern end of the Queen Victoria Building.  Until 1947 the statue was in front of Leinster House, Dublin, the seat of the Irish Parliament. After it was removed as inappropriate in the Irish Free State it was long neglected.  It was rescued to be presented to Sydney by the Government and People of Ireland “in a spirit of goodwill and friendship” and was unveiled on 20 December, 1987.

Nearby is a wishing well incorporating a bronze statue of the dog Islay, a favourite pet of Queen Victoria, modelled from one of her sketches (1). Sometimes, when the system is working, the dog will appear to speak, inviting donations. (The voice was recorded by John Laws.)  A stone from the battlements of Blarney Castle (2), a gift from the Lord Mayor and the people of Cork, is let into the front of the well.  Passer-bys are encouraged to “Touch the stone from Blarney Castle – make a wish – and cast a coin”. (Donations go to the Royal NSW Institute for Deaf and Blind Children).

Another wishing well is in front of the Sydney Hospital, watched over by a bronze statue of a wild boar, Il Porcellino, its snout polished bright by people rubbing it and making a wish and a donation to the hospital. Il Porcellino is a copy of a statue originally in the Mercato Nuovo in Florence and will be the subject of a future Reflection. 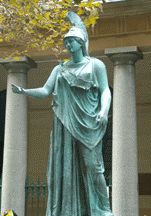 A statue of Athena (also known as the Kaphisodotos Statue) standing in the middle of Barrack Street, a gift from the Mayor of Athens to the Mayor of Sydney in 2000, reminds us of the outstandingly successful Sydney Olympic Games.  It is a copy of a 4th Century bronze of the Greek Goddess Athena (sculptor unknown).

On an island in Shakespeare Place in front of the Public Library of New South Wales the bard stands above an impressive grouping of Shakespearean characters below on a plinth.  The sculptor, Sir Bertram MacKenna, is said to have portrayed five of the most famous Shakespearean actors of the time in their most celebrated roles – Falstaff, Hamlet, Juliet, Portia and Romeo.  An inscription on the base indicates the statue was presented to the City of Sydney by Henry Gullett in August 1914.  Unfortunately to have a close look means braving the traffic to cross the busy dual carriageway around the island.

Many more statues are tucked away around the city, each with its own story and its place in the history of Sydney.

NOTES
Islay was the much loved Royal Skye terrier of Queen Victoria.  The bronze sculpture was modelled in 1842.
The Blarney Stone is a block of bluestone built into the battlements of Blarney Castle in 1446.  According to legend, kissing the stone endows the kisser with the gift of the gab (great eloquence - or skill at flattery).

Shakespeare Memorial: The memorial, commissioned by Sir Henry Gullett (the father of Lucy Gullett) before he died in 1914, was sculpted by Sir Bertram MacKenna and installed in February 1926.  Sir Henry had been President of the Shakespeare Society of New South Wales.