Dr Andrew Moutu, the Director of the PNG National Museum, on May 29, 2014 opened an exhibition, at the Art Gallery of New South Wales, of art from the highlands of New Guinea. The exhibits were drawn from the Gallery’s outstanding holdings collected and presented to the Gallery by Stanley (Stan) Gordon Moriarty. All but two of the items were collected by Stan Moriarty during his visits to New Guinea over a period of twelve years from 1961 to 1972. Starting at the age of 55 he spent up to six months each year exploring the highlands, learning about the people and their culture, and acquiring items which over time grew into a substantial collection. He was fortunate to be able to finance his travels because of the success of his screenprinting business Snap Adds. 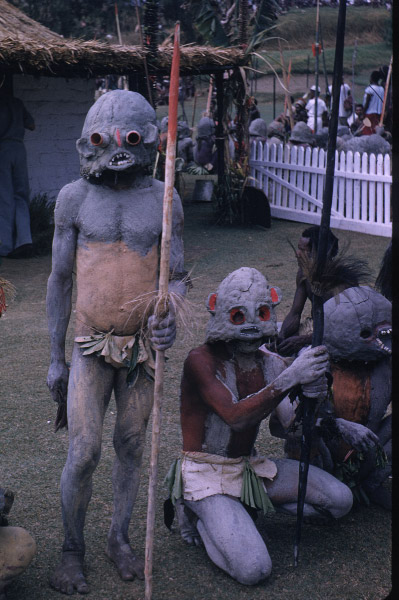 “Moriarty travelled widely throughout the New Guinea highlands, visiting remote villages and collecting rare and hitherto unknown objects never before seen in  Australia. These included the mounted pearlshell plaques or moka kin of the Melpa people of the western highlands (Item 3 in the catalogue) – highly esteemed items that were gifted at important moka exchange ceremonies. Many of the objects Moriarty collected incorporate pearlshell and other valuable seashells into their design. Notable also is the overriding presence of bird feathers. Plumes from lorikeets, parrots, cassowaries, fowl and cockatoo are just some of those employed to create these beautifully crafted pieces. Plumes and pearlshells were revered articles from the natural world, borrowed, traded and gifted between family members and exchange partners, their significance implied through their dominant presence on many of the objects produced for ceremonial rituals and everyday life.”

Over the years Moriarty’s collection grew to the extent that he had to enlarge his house on the northern beaches progressively to accommodate it – adding a two-storey wing and excavating underneath it. His son Simon in an interview, told Chris Boylan, director of Oceanic Art in Sydney, that “I remember when we lived in Northbridge some of my friends were not allowed to come to our house because their parents believed they would have nightmares from the artefacts displayed.”

After attending the inaugural Mount Hagen Show in 1961 Moriarty realised that it and subsequent shows in Mount Hagen, and particularly the Goroka shows, presented unique opportunities to acquire items of highland art for his collection. The first Goroka Show in June 1956 had been a trial run for those that followed – the second in 1957 and the third in 1958, which I was fortunate to attend and wrote about in Reflections in November, 2012 – Issue 85 (November 18-24) of Pittwater Online News. 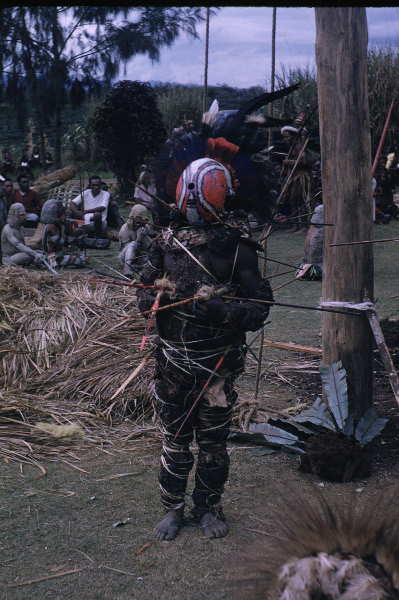 After my article, with photographs from the show, came to attention of the curator of the exhibition I made available to her all my still and 16mm movies. Apparently these were useful in showing how items were worn and used. Three of the photographs from my article have been included in the essay on Plumes and Pearlshells – the shows of the New Guinea highlands in the exhibition catalogue and are reproduced in this article, with the captions used in the catalogue. 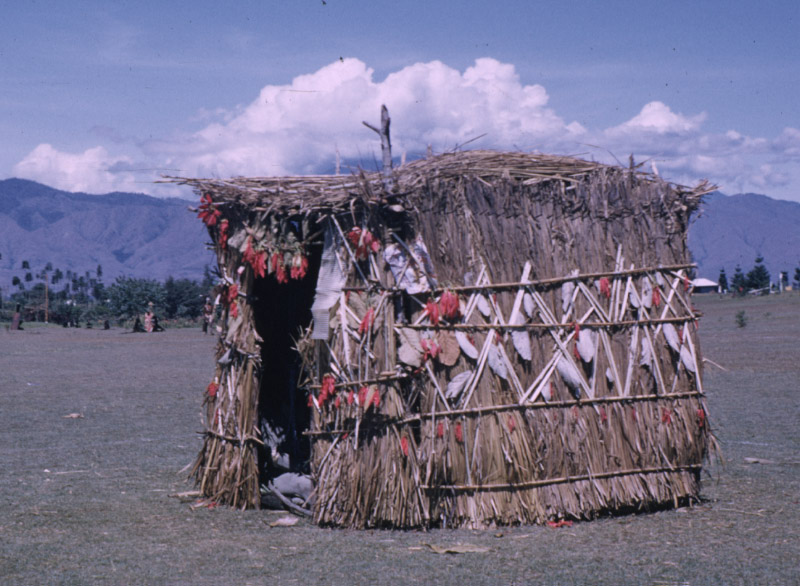 The exhibition is planned to remain open at the Art Gallery of New South Wales until 10 August, 2014. 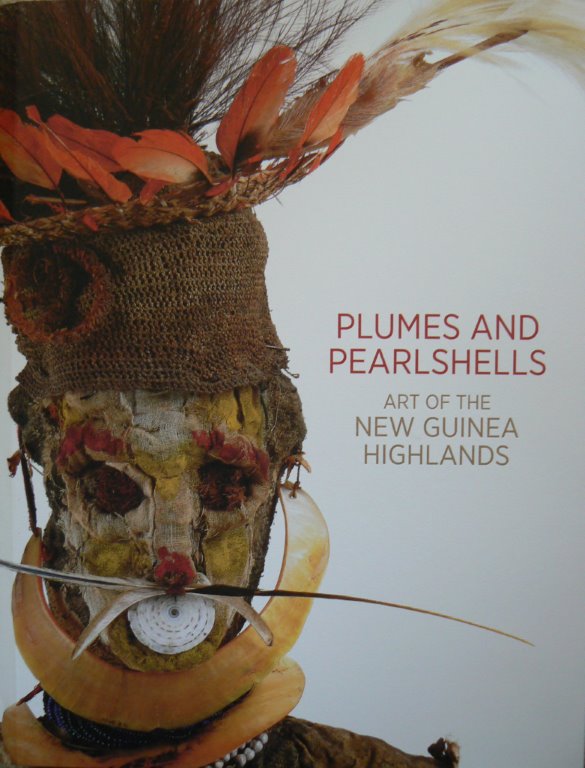