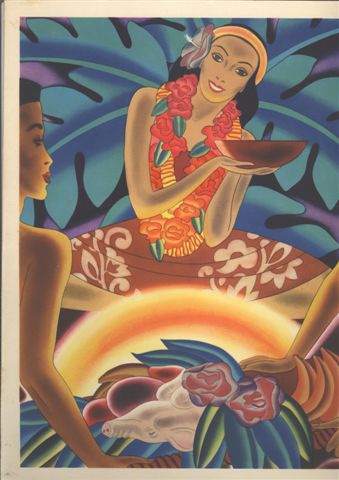 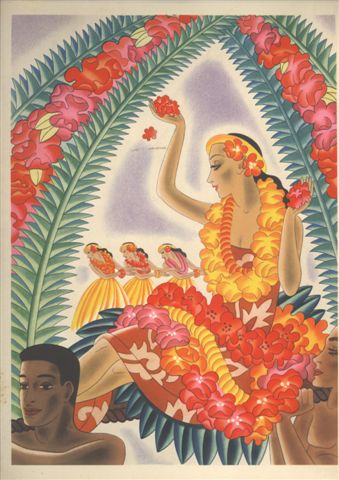 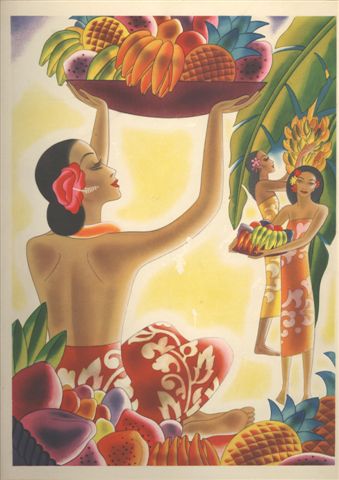 THE MATSON LINE AND KEEPSAKE MENUS
By George Repin

The Matson Navigation Company (often referred to as the “Matson Line”), founded in 1882, began as a carrier of merchandise from the mainland of the U.S.A. to the Hawaiian Islands, returning with cargoes of sugar.  Over time, increasing commerce led to an interest in Hawaii as a tourist destination, to which the Company responded by adding to its fleet, ships which carried passengers.  Matson’s famed “white ships” the Mariposa, Monterey and Lurline, constructed between 1930 and 1932, were instrumental in introducing mass tourism to the Islands and the Company’s two hotels on Waikiki Beach, the Moana and the Royal Hawaiian, provided tourists with luxury accommodation ashore. Other ships were added to the fleet including the Matsonia (originally called the Malolo). 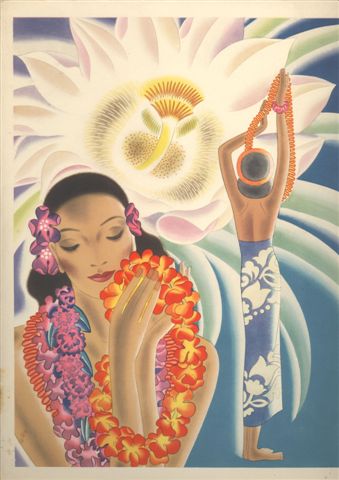 Matson liners,  starting from San Francisco and Los Angeles, sailed beyond Honolulu through Pago Pago and Suva to Auckland and Sydney, carrying tourists in both directions.

Matson developed enterprising advertising campaigns involving the creativity of famous photographers and it commissioned artists to design attractive colourful keepsake menus.  All of these were actual folder type menus used aboard the ships.  Such menus in good condition are now collectors’ items bringing high prices.  They often are displayed, framed, in hotels and restaurants in the Islands. A trade has also developed producing ‘art deco’ reproductions of the menus.  Two artists particularly associated with the menus were Eugene Savage (1883-1978) and Frank McIntosh (1901-1985).  Examples of menu covers prepared in the 1930s by McIntosh, under commission from Matson, accompany this article. They are highly colourful scenes of Hawaii displaying the spirit and romance of the Islands at the time. 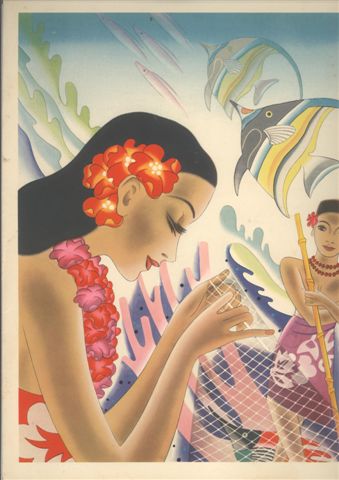