COCKATOO ISLAND OVER THE YEARS 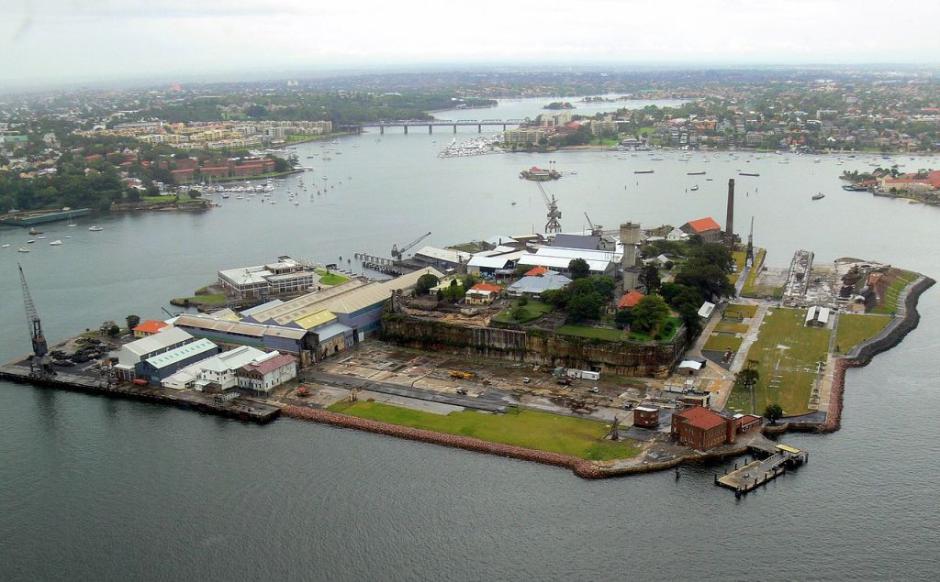 Above: Cockatoo Island by and courtesy Spud Murphy, 2008.

COCKATOO ISLAND OVER THE YEARS
By George Repin

At the time of first settlement Cockatoo Island, the largest island in Sydney Harbour, was heavily timbered with red gums and was frequented by the sulphur-crested cockatoos which gave it its name. It has seen many changes over the years. In 1839 it became a secure prison for convicts brought to Sydney from Norfolk Island and put to work cutting silos in the rock for storing the colony’s grain supplies. These silos can still be seen. Convicts were held in appalling conditions. At one time 500 were crammed into dark cells in the barracks.  Prison guards fed sharks in the waters around the island as a deterrent to any prisoner who might be tempted to swim to shore. The prisoners were moved to Darlinghurst Gaol in 1870 but the island again accommodated prisoners between 1888 and 1908. Cockatoo Island prison buildings were added to UNESCO’s World Heritage List in July, 2010.

Only two men are said to have succeeded in escaping from Cockatoo Island and some records suggest that only one, Frederick Ward, survived.  As “Captain Thunderbolt”, Ward became a bushranger in the Uralla district of New South Wales.  Ward’s wife, (the daughter of a white shepherd and an aboriginal woman) swam to the island the previous night with tools which Ward and Fred Britten used to release themselves from shackles, before striking out for the shore, where she had horses waiting.  She and Ward got away.  There are differing stories about the other man, Fred Britten.  Some say he was never heard of again.  According to others Mary hid the two men in Balmain and later they were involved in bushranging together for a short time. There are also questions about Ward’s ultimate fate.  There are reasons to believe that the man shot by Constable Walker in May 1870 was his uncle William (known as “Harry”), not Fred Ward.  The body was identified as Fred Ward because of an old knee wound, but Harry had also suffered a wound to the knee.

Between 1850 and 1870 the prisoners built the Fitzroy Dock, Australia’s first dry dock, and a workshop to service Royal Navy and other ships.  The larger Sutherland Dock was built in the 1880’s.

The island housed an Industrial School for Girls between 1870 and 1880.

From 1880 shipbuilding and repairs progressively increased and in 1913 the island became the Commonwealth Naval Dockyard.  Significant vessels built during the life of the dock included, in 1938 Vigilant, the first aluminium ship built in Australia, several Bathurst class corvettes during World War II, and the Battle class destroyer HMAS Tobruk.  HMAS Success was the last ship launched from the island – in 1984

Now under the control of the Sydney Harbour Federation Trust, the island is a public recreation area with camping and other facilities.  The camping ground, opened in 2008, attracts 20,000 campers each year.

In 2008 the 16th Biennale of Sydney, Australia’s Festival of Contemporary Art, was held on the island attracting more than 80,000 visitors over 10 weeks.  The 17th Biennale in 2010 enjoyed 156,000 visitors. Early in 2009 the former Turbine Hall housed a major installation by the artist Ken Unsworth, who returned with another show in 2011. Part of the movie Wolverine was shot on the island in 2008.  A painted false wall, indistinguishable from an original brick wall opposite it, was left behind. Cockatoo Island continues as a site for cultural activities

The island is easily accessible by ferry from Circular Quay. 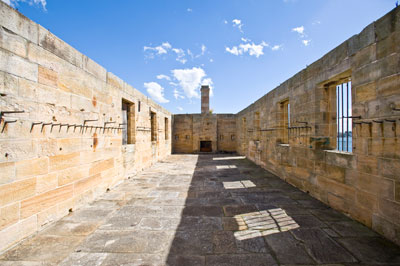 Above: The Goal at the Island and  The Camping Grounds at Cockatoo Island