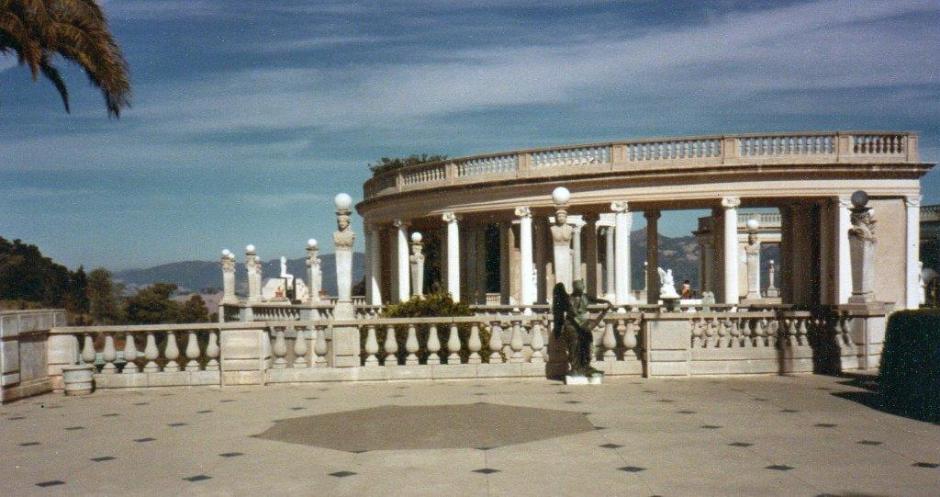 San Simeon is located on a crest of the Santa Lucia Range in San Luis Obispo County, California, at an altitude of 1,600 feet, overlooking the Pacific Ocean.  Five miles inland from State Route 1 it is roughly half way between Los Angeles and San Francisco.

It is, in fact, not a castle but a complex of buildings designed by the architect Julia Morgan and built over the period from 1919 to 1947 for the newspaper magnate William Randolph Hearst.

From a single newspaper when he was 23 years old Hearst built the American nation’s largest newspaper chain and profoundly influenced American journalism. At the height of his publishing career he owned 20 newspapers in 13 cities and many magazines, wielding enormous power - and was extraordinarily wealthy.  Completely unscrupulous and a master of the “yellow press” he was feared and hated.

When he contacted Julia Morgan his intention was to build something simple on the site of his favourite hilltop location – a Hearst family picnic spot – which he called “La Cuesta Encantada” – “The Enchanted Hill”.  However, from the first of three guesthouses started in 1919 the project grew and developed in complexity over more than thirty years. 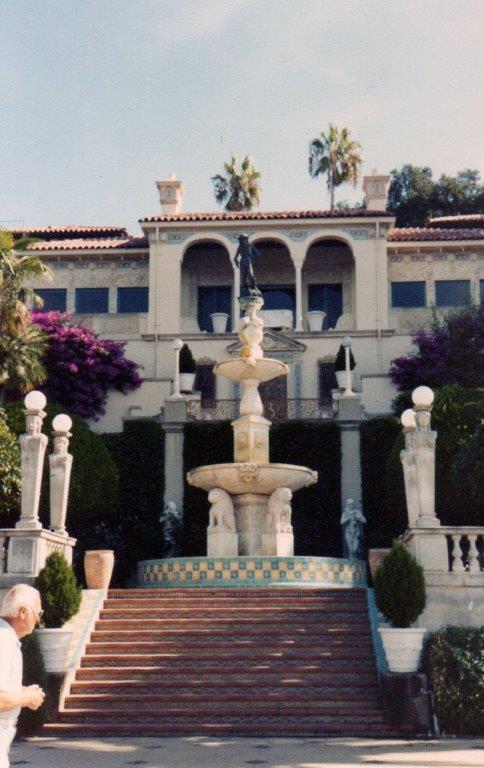 Fountain in front of one of the guesthouses

As building progressed San Simeon was filled with Hearst’s acquisitions from monasteries, castles and cathedrals in Europe – art and antiques - reflecting his interest in the baroque, the medieval and the ornate.  Many items he brought from Southern Spain. The disparities between his treasures from different sources are reflected throughout the buildings in clashes in architectural styles and garish combinations.  He bought entire ceilings the installation of which dictated the proportions and decors of some rooms. 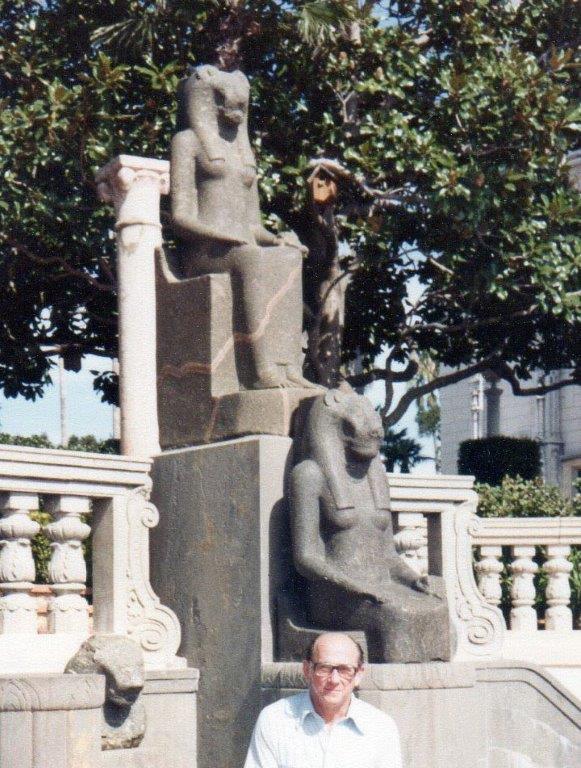 An Egyptian antiquity - the oldest on the site

In 1925 the main building, La Casa Grande, with two distinctive towers, copied from a building Hearst saw in Europe, was completed. 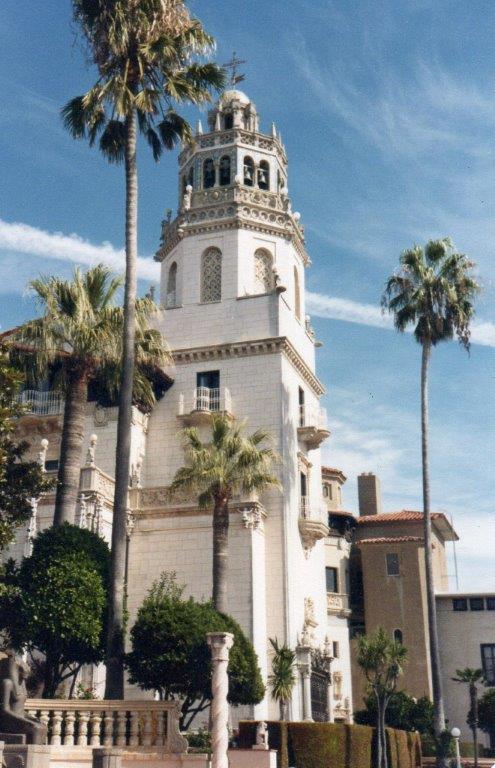 In all there are 56 bedrooms, 61 bathrooms and 19 sitting rooms in the buildings which are set in 127 acres of gardens, with swimming pools, tennis courts, statues, ancient monuments and a private zoo.  White marble is everywhere including marble copies of Greek and Roman sculptures.

The outdoor pool, the Neptune Pool, is near the edge of the hilltop with extensive views of mountains, the ocean and La Casa Grande.  It was rebuilt three times until Hearst was satisfied.  It features a Greek temple, dismantled in Greece with the numbered pieces brought to and re-erected beside the pool.  The indoor Roman pool is decorated with 18-carat gold-filled tiles from Venice. 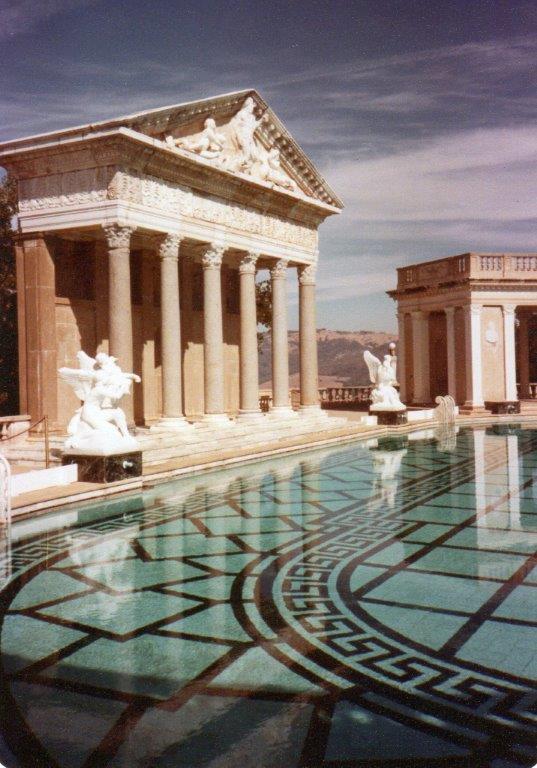 Greek temple beside the Neptune Pool 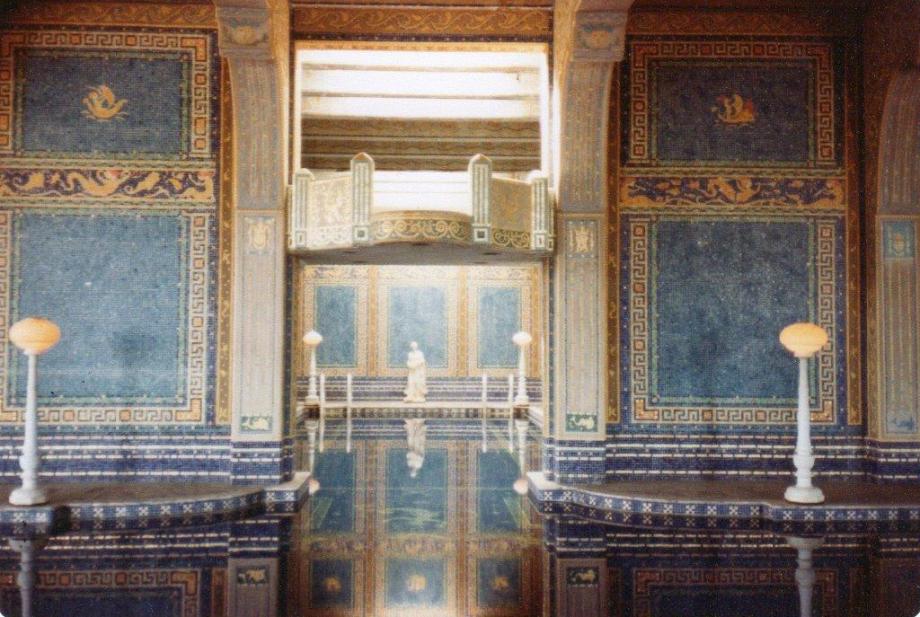 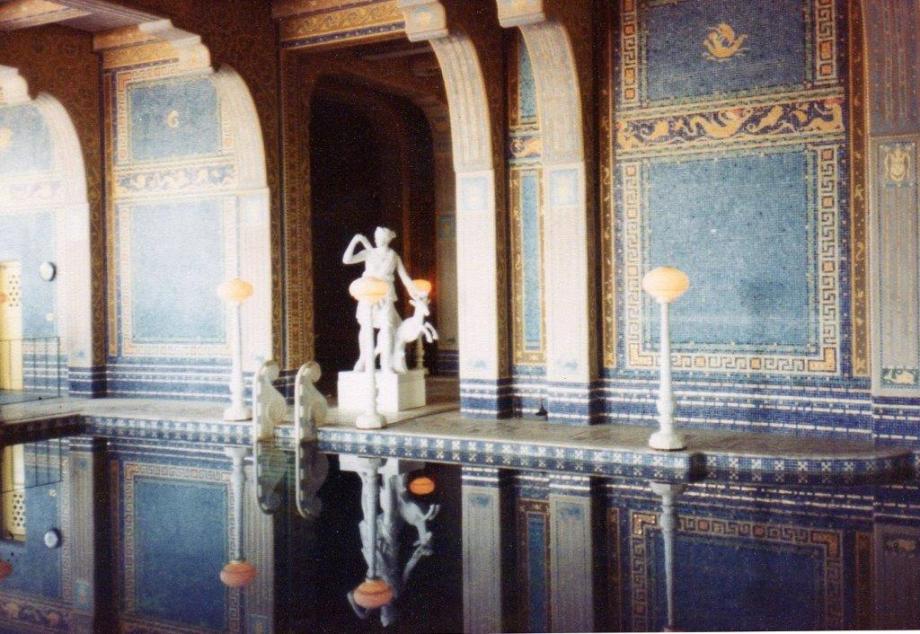 Another view of the indoor Roman pool

Hearst was in a long standing relationship with the actress Marion Davies living with her for decades as a couple although he was married.  He refused what he considered to be unreasonable demands on the part of his wife to agree to a divorce.

Most weekends Hearst and Davies entertained groups of “glitterati” from Hollywood – writers, actors, directors and others notable at the time.  During the day the guests were free to enjoy the surroundings as they wished but all were required to join their hosts for dinner in the refectory, where they ate at 16th Century monastery tables with French tapestries on the walls and under banners from Sienna. There were no tablecloths, tomato ketchup was in bottles and paper napkins were used because Hearst thought them to be more hygienic. 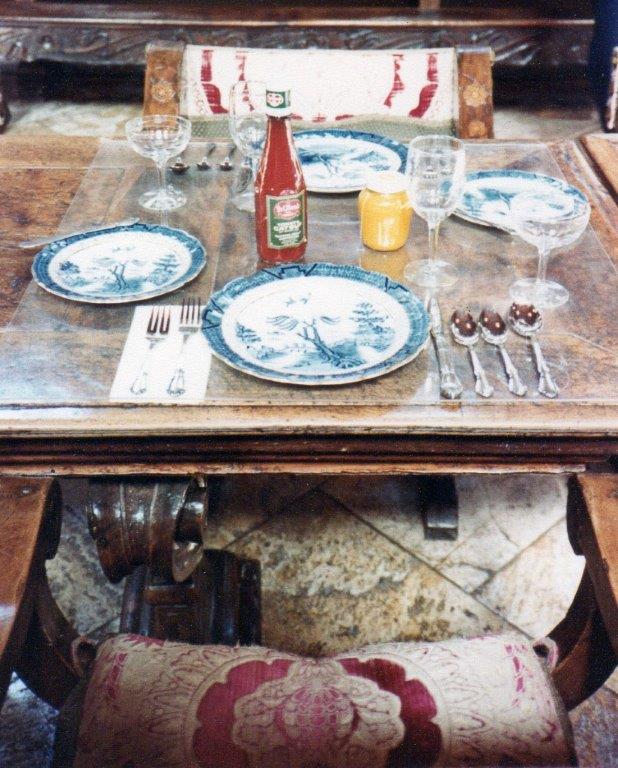 Setting for dinner on a refectory table

According to Robert Hughes, Dorothy Parker after a visit to San Simeon wrote: “Upon my honor I saw a madonna standing in a niche above the door of the private whore of the world’s worst son of a bitch”.

(Author’s note: I know of a different, and in my view better, version of this verse so cannot vouch for its accuracy.)

Hearst Castle was the inspiration for the “Xanadu” mansion in Orson Welles’ fictionalisation of William Randolph Hearst’s career in the movie “Citizen Kane”.

Following Hearst’s death the property was acquired by the State of California and incorporated into the Hearst San Simeon State Park. In 1958 the estate and the considerable collection of art and antiques were opened for public tours which, generally, must be pre-booked. Tours include the bus ride from State Route 1 to the site and have been available to the Grand Rooms, the Upstairs Suites and the Cottages and Kitchen. 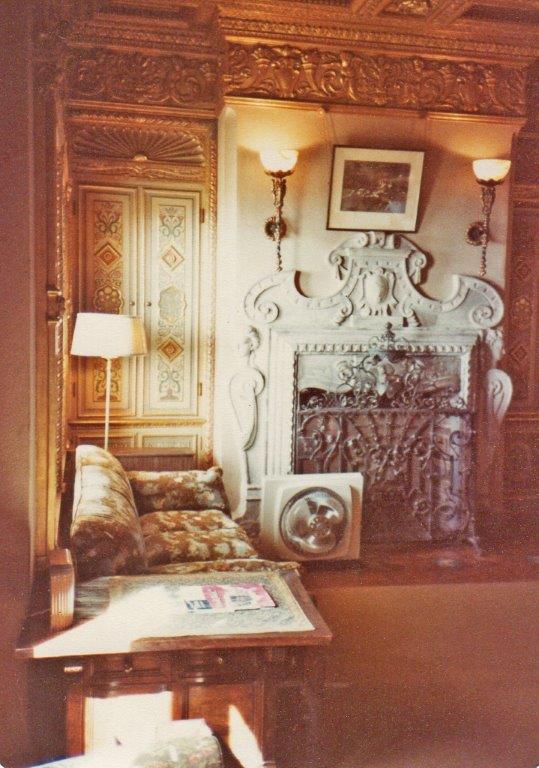 One of the sitting rooms

Pictures taken by George Repin in 1980. 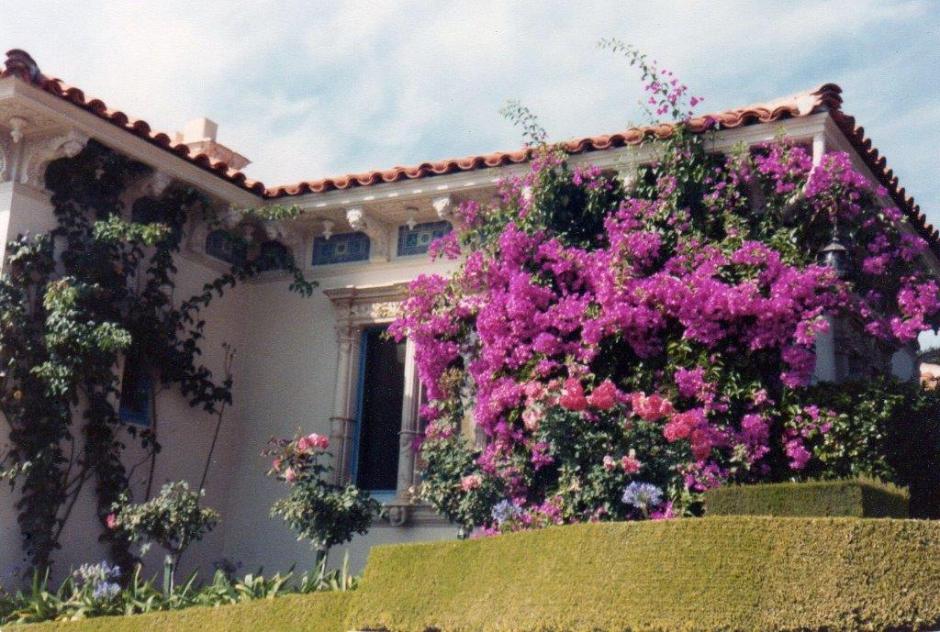