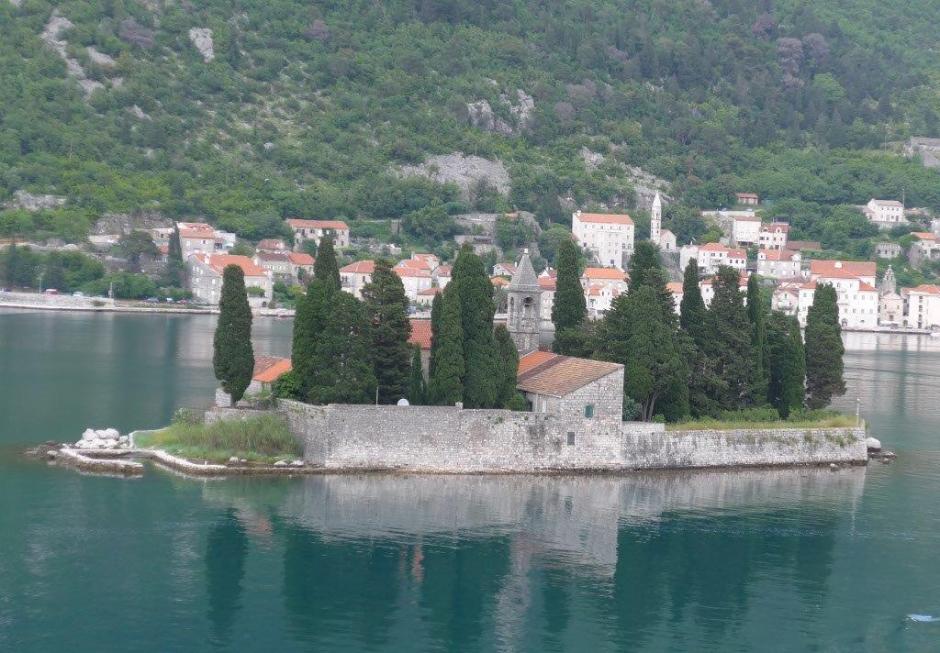 The use of the name Montenegro dates back to the 15th Century at the time of Venetian hegemony and derives from the appearance of the dark, basaltic mountains in the region. It means Black Mountain.

Over the centuries it has been occupied by many power, with records of the Romans in 9 CE.  For a time it enjoyed an unique autonomy within the Ottoman Empire. On the breakup of Tito’s Jugoslavia Montenegro remained part of a smaller Federal Republic with Serbia until a referendum on 21 May, 2000, when 55.5% of the population voted for independence. On 3 June, 2000 the Montenegrin Parliament declared the independence of Montenegro, formally confirming the result of the referendum.  Serbia did not object to the declaration.

Kotor is located in a secluded part of the Gulf of Kotor.  The old port, which is in the Bay of Kotor is surrounded by fortifications built during the Venetian period. Contrary to an immediate impression the bay is not a fjord but a submerged river canyon.

Kotor has one of the best preserved medieval towns in the Adriatic and is a UNESCO world heritage site.  Its ancient walls stretch for 4.5 Kms above and around the Old Town.

Kotor is still the seat of the Catholic Bishopric of Kotor, which covers the whole gulf, although the percentage of Catholics has fallen considerably during the past century.  In 2011 78% of citizens of Kotor were Othrodox Christians and 13% Roman Catholic. 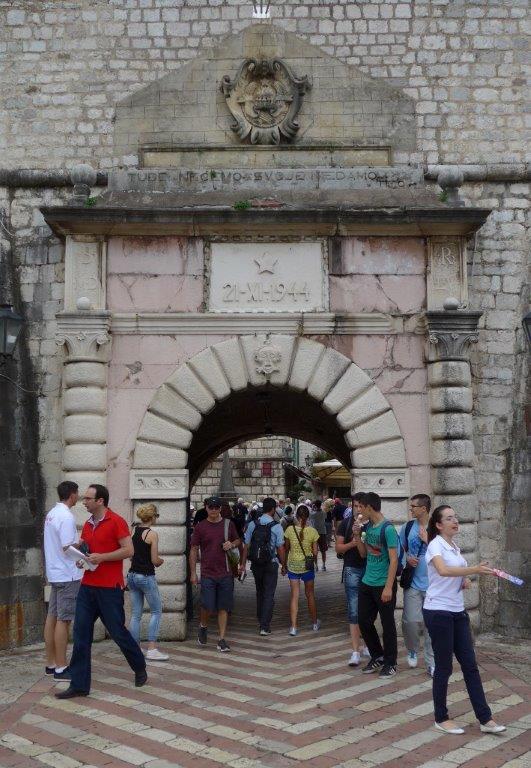 The Maritime Gate - the entrance to the Old Town of Kotor

Two interesting islets are features of the Bay of Kotor

• Sveti Dorde (Island of Saint George) with a Benedictine monastery from the 12th Century and the graveyard for the old nobility in the area.

• Gospa od Škrpjels (Our Lady of the Rocks) – an artificial island of rocks and old and seized ships loaded with rocks. According to legend the islet was made over the centuries by local seamen, keeping an ancient oath, laying a rock in the Bay upon returning from each successful voyage. The custom of throwing rocks into the sea continues today,  when the locals take to their boats at sunset on July 22 every year and throw rocks into the sea, widening the islet.

A road with twenty-five sharp hairpin bends goes up the mountain overlooking Kotor to Cerinje a farming area on the plateau above, providing spectacular views on the way up.  It was built by the Austrians from 1879 to 1884. 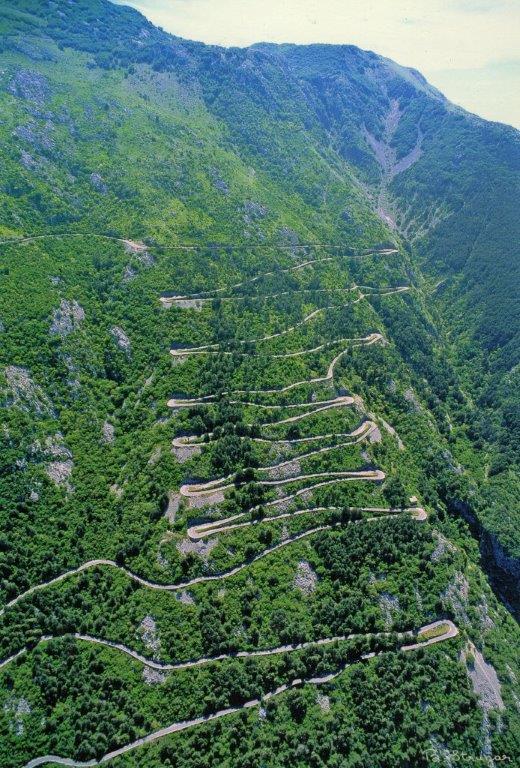 The zig zag road from Kotor to Cetinje

Above the Sea Gate, the entrance to the Old Town, is an inscription:

What belongs to others we don’t want, what is ours we will never surrender

Four centuries of Venetian domination gave Kotor the typical Venetian architecture which contributed to its listing as a UNESCO World Heritage site. 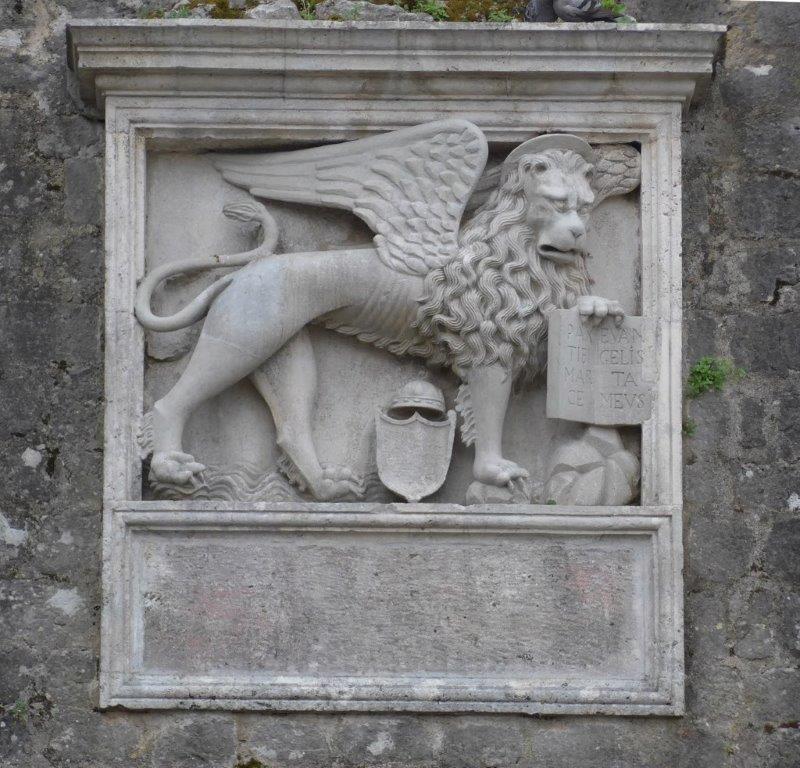 Hopefully the accompanying photographs do justice to some of the features of Kotor.

Photographs by George Repin in May, 2014 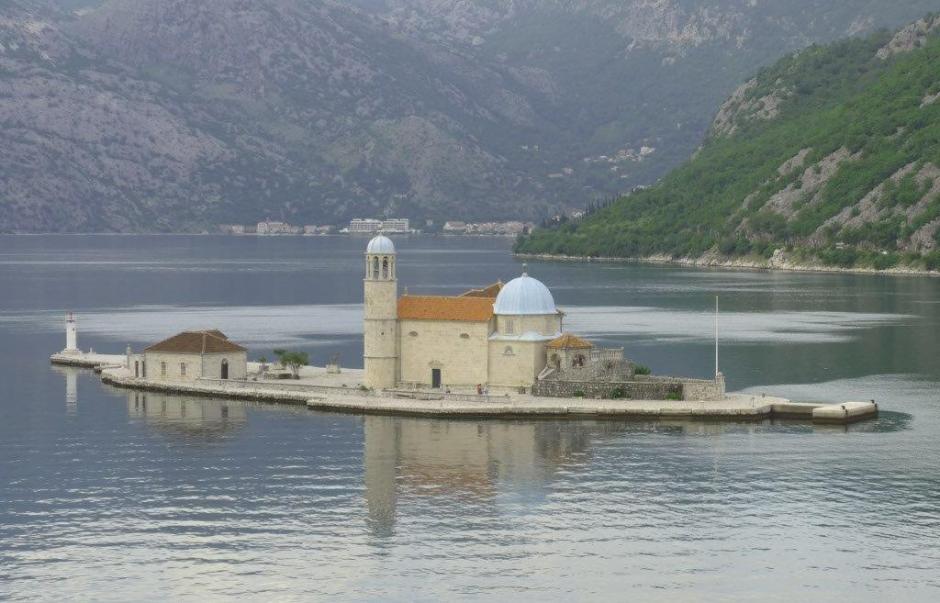 Our Lady of the Rocks - Gospa od Skrpjela 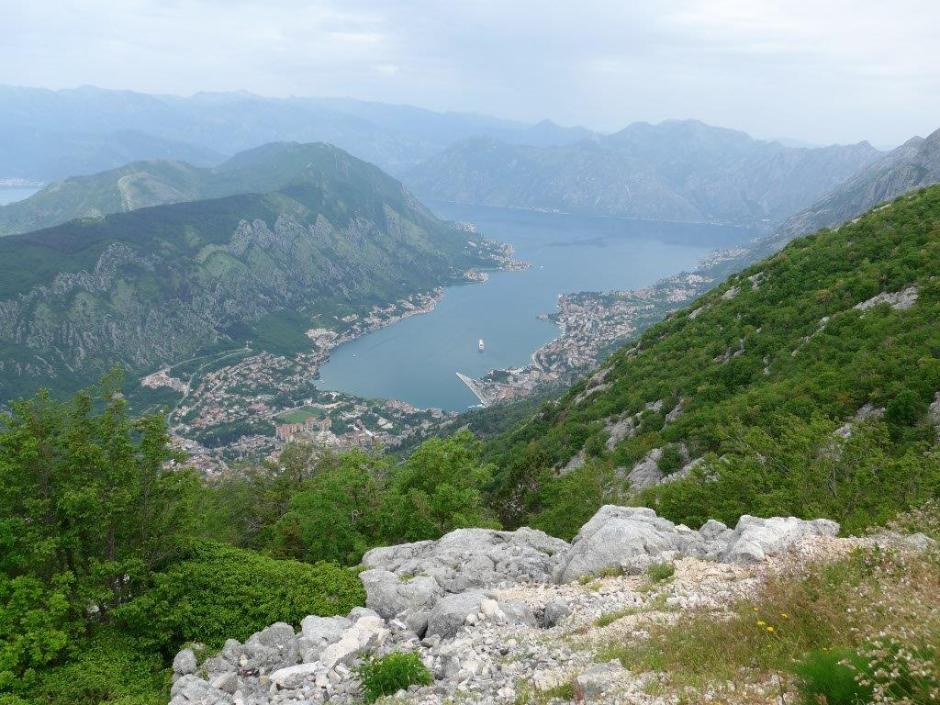 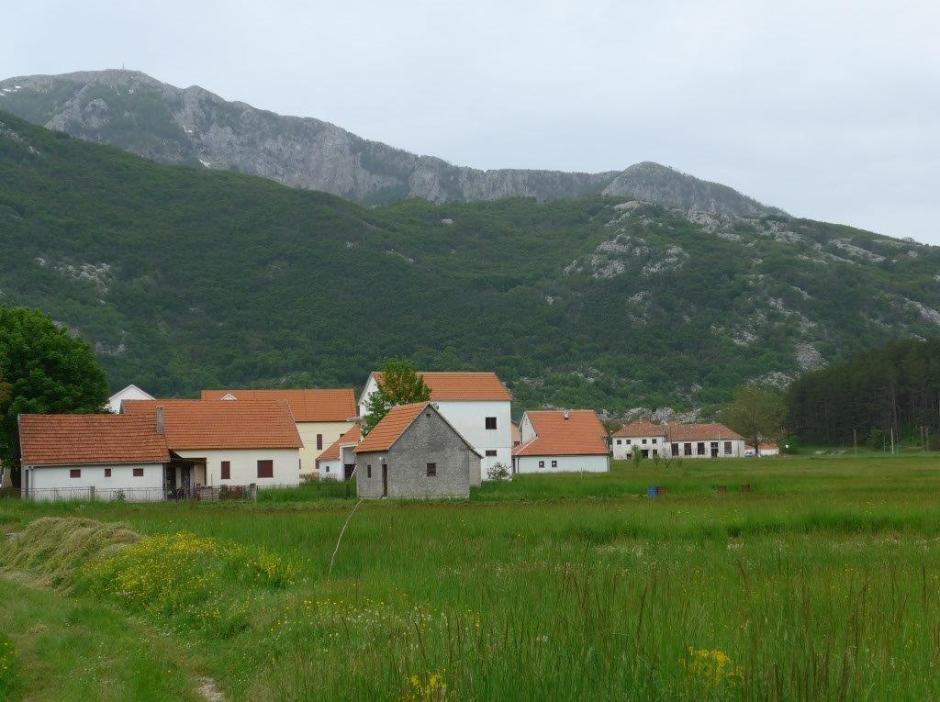 Farming land and buildings at Cetinje 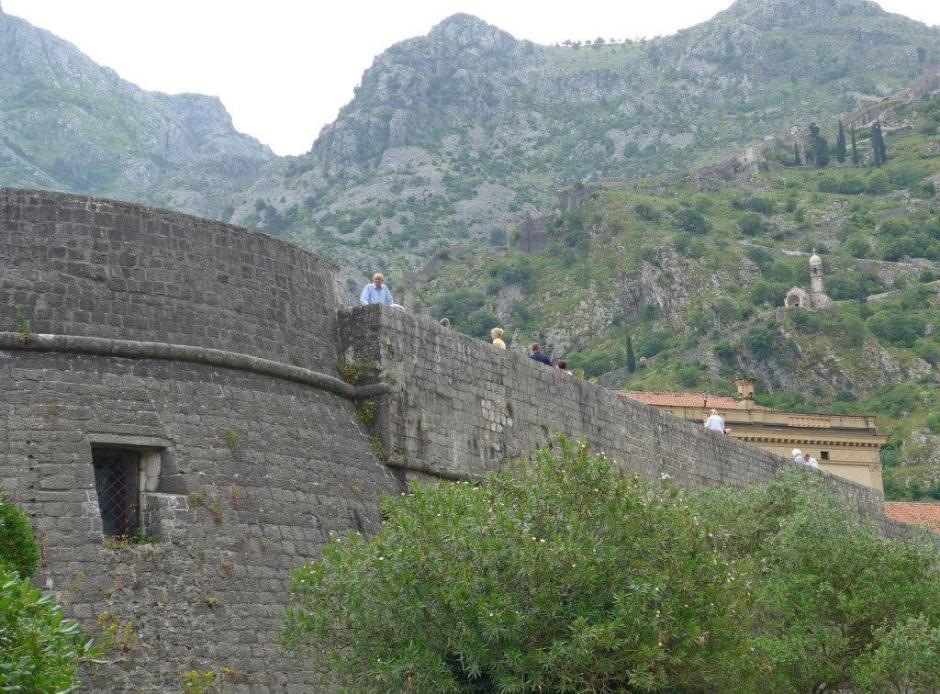 Bastion and part of the Venetian town wall 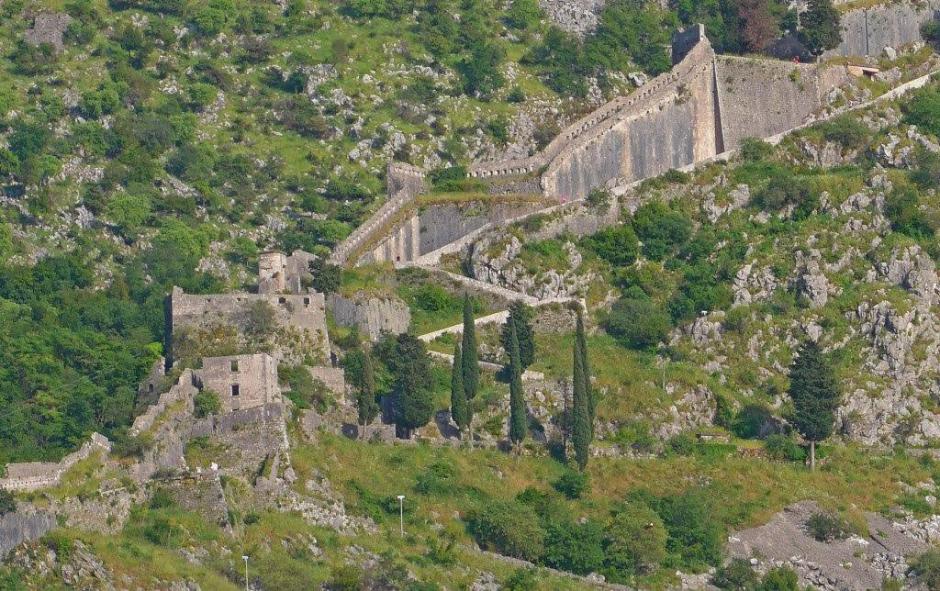 Venetian wall above the Old Town 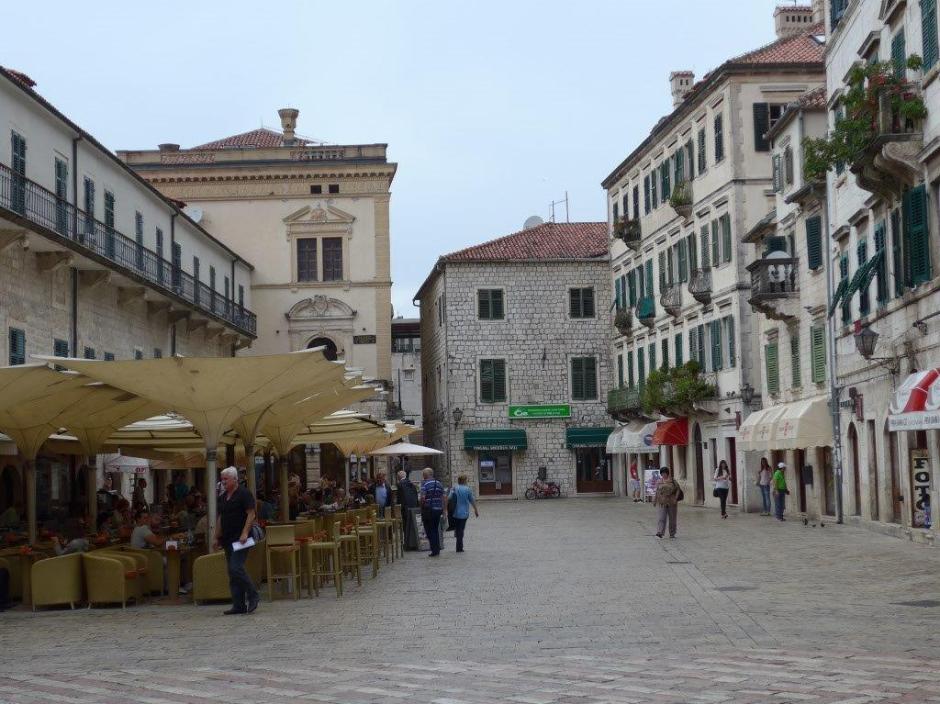 The Town Square with the Duke's (Providur's) Palace - XVIIC and XVIIIC. - on the left 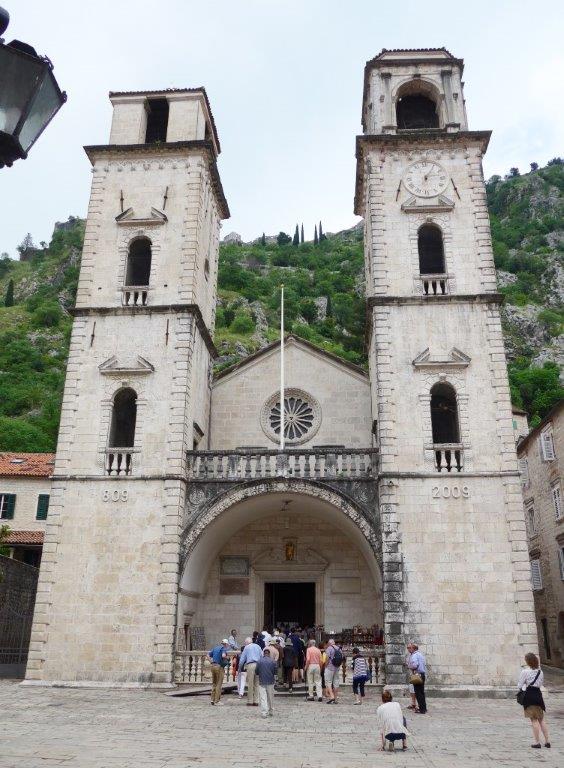 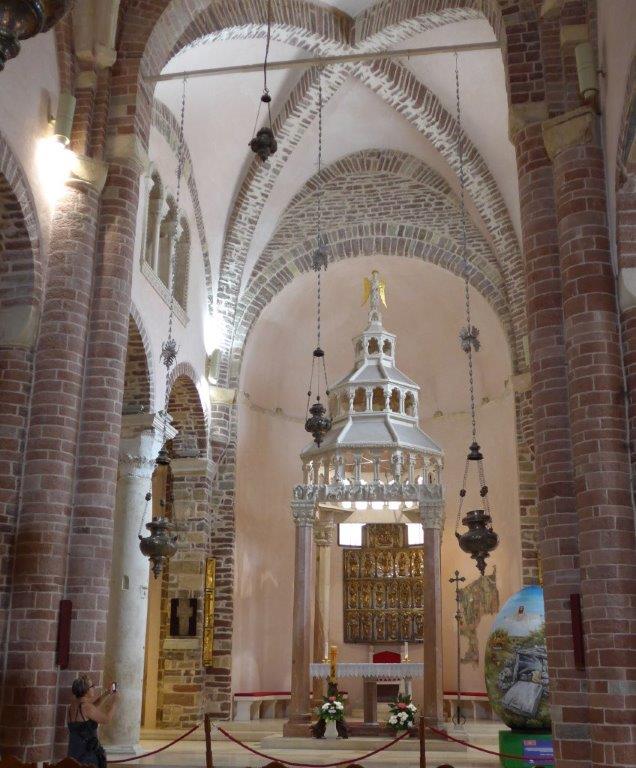 Interior of Cathedral of Saint Tryphon 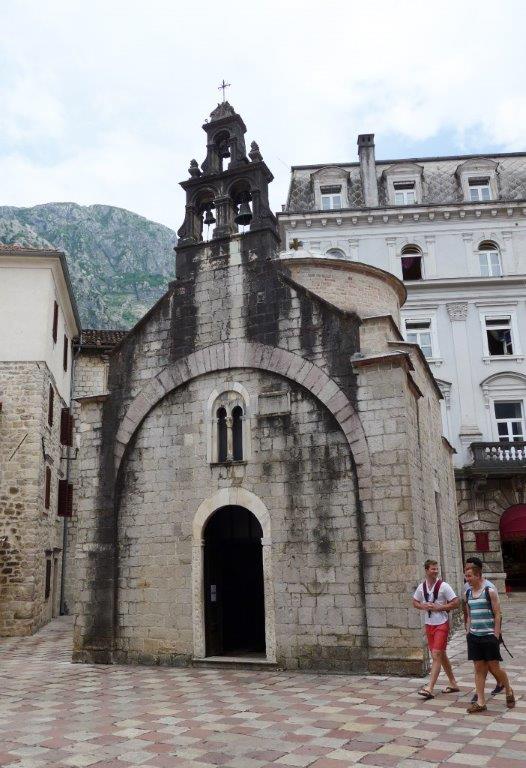 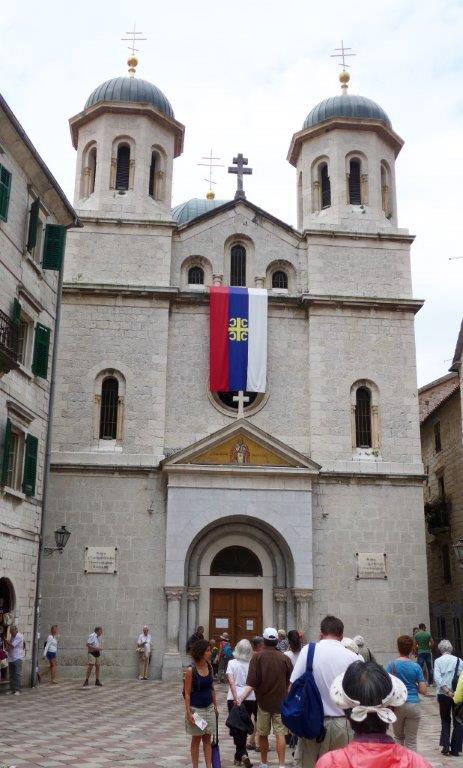