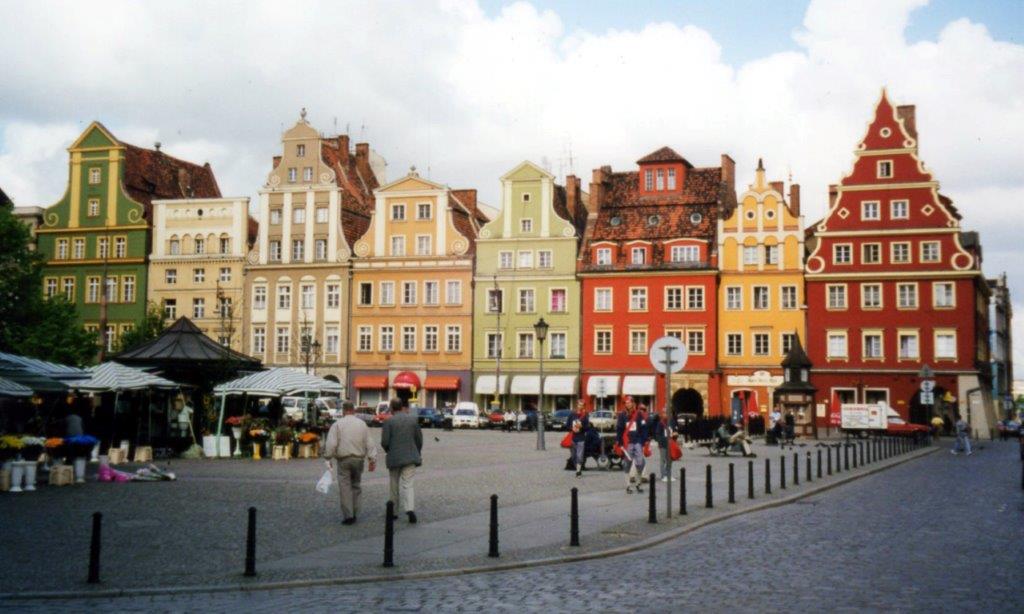 When the war in Europe ended on the unconditional surrender of Nazi Germany on 8 May, 1945 many issues relating to the post-war period had to be resolved. The Potsdam Conference, from 17 July to 2 August, 1945, with the Soviet Union, the United Kingdom and the United States of America as participants, set out to resolve these issues.  Many of Europe’s borders were changed. The shifting of the eastern border of Germany to the Oder-Neisse line to the west resulted in the German city known for centuries as Breslau becoming, in 1945, part of Poland.  Its present name, Wroclaw was officially adopted.
Over the centuries the city had been part of or owed allegiance to Bohemia, the Kingdom of Poland, the Kingdom of Hungary, Prussia and Germany.
Before World War II, as Breslau, it had been the largest city of Germany east of Berlin and was a strong support base of the Nazis who, in the 1932 elections, received 44% of the city’s vote.  Ultimately a network of concentration camps and forced labour camps was established around Breslau and the city’s 10,000 Jews died in camps or in the holocaust.
For much of World War II the fighting did not affect Breslau but when the Red Army was approaching in February 1945 the Gauleiter, Karl Henke, declared that the city should be held at all costs.  By the end of the Battle of Breslau the city was in a sorry state with 70% destroyed.
However, the old Market Square and many churches and other fine buildings since have been beautifully restored and Wroclaw is one of Poland’s most attractive cities. 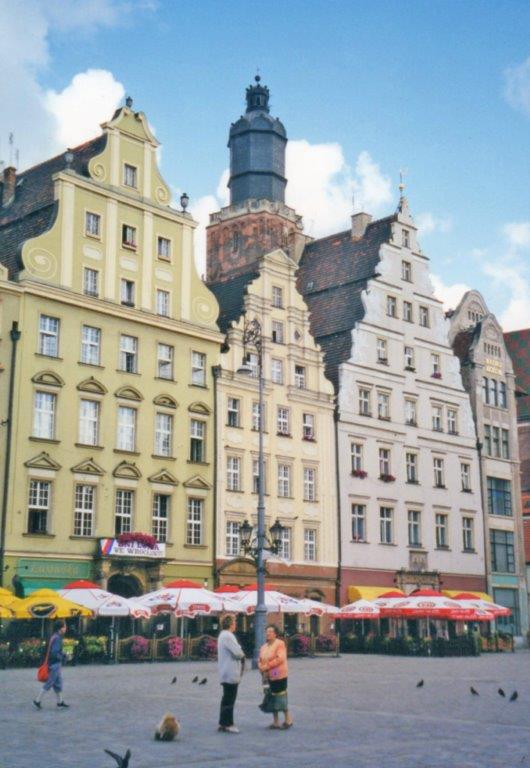 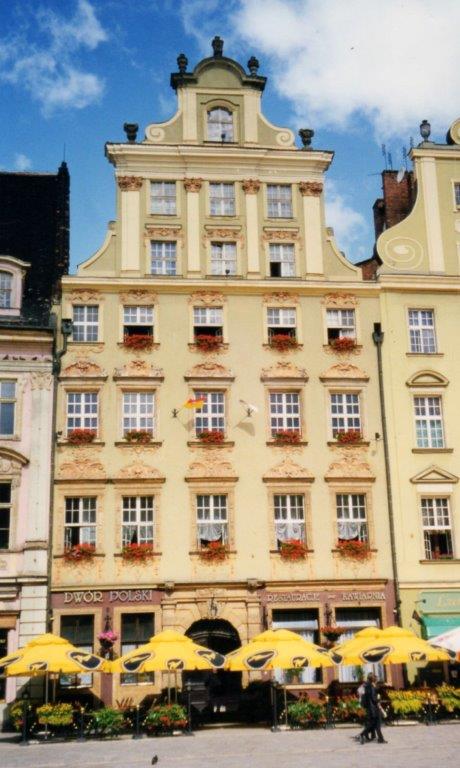 Buildings fronting the Market Square.                                               Dwor Polski.  A popular well known restaurant on the Market Square.
In August 1945 the German population was 189,500.  By 1963 most had fled and only about 1000 remained – replaced by the resettlement of Poles returning after the forced deportations conducted by the Soviet Union when it occupied eastern Poland.
Wroclaw, now the largest city of Western Poland, is unique for its mixed heritage, with architecture demonstrating Bohemian, Austrian and Prussian traditions.
It is known for its 13th Century Main Market Square (Rynek) lined with elegant townhouses which is Poland’s second-largest square (after Kracow).  St. Elisabeth’s Church with its 83m. tower is in the north-west corner of the square.  Excellent views of the city can be obtained from an observation platform on the tower. The Gothic Town Hall (built 1327-1504), with a large astronomical clock, on the southern side of the square is one of the most beautiful in Poland. The south-western corner of the Market Square opens into the Salt Square, once the site of the town’s salt trades and now a 24 hour flower market. 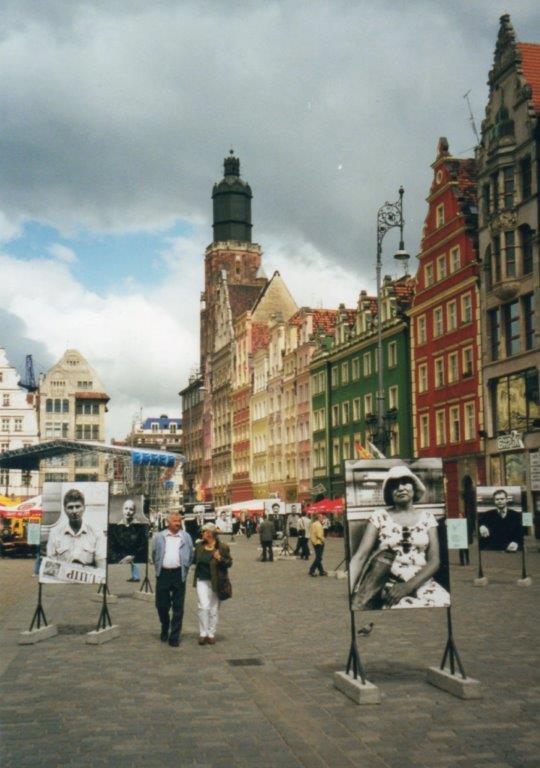 The Market Square (Rynek).  The tower of St. Elisabeth's Church is in the distance. 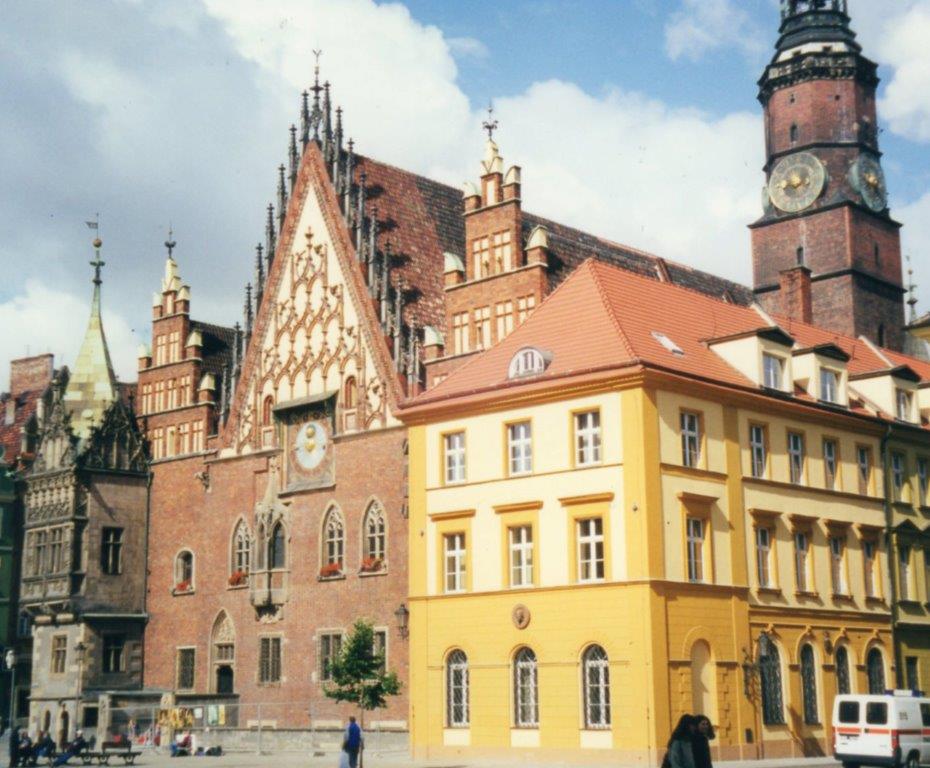 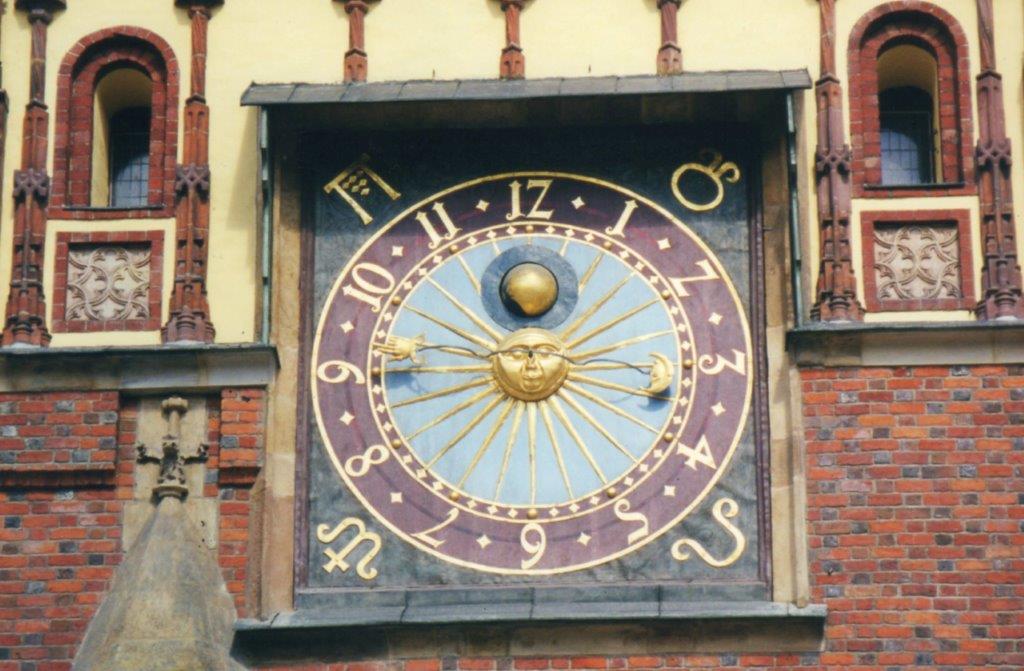 The astronomical clock on the façade of the Town Hall. 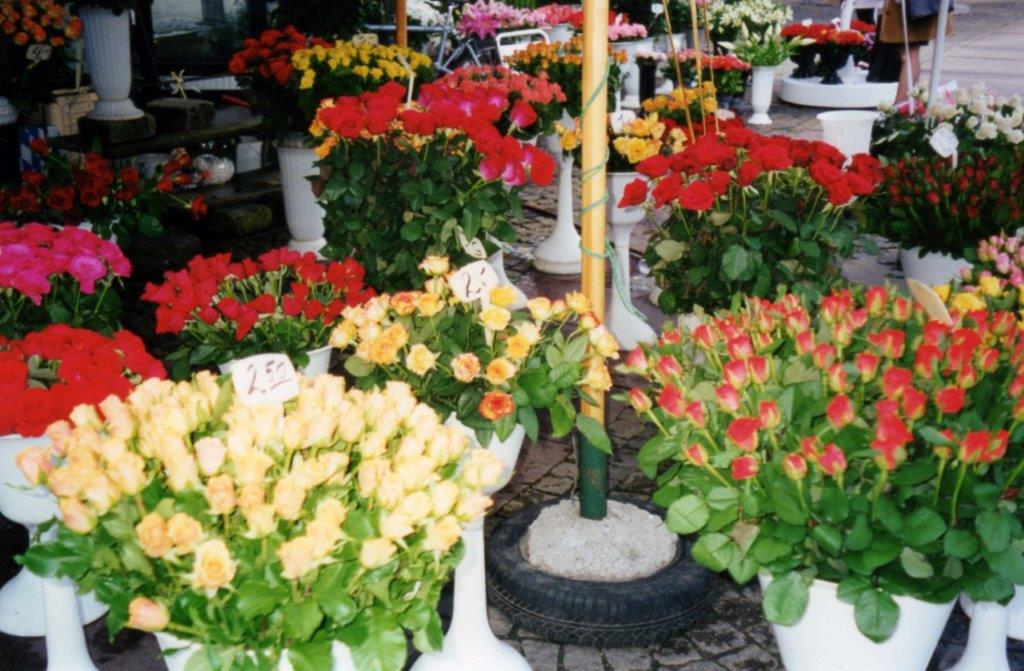 Flowers on sale on the Plac Solny - the Salt Square.
A Romanesque portal dating from 1280 is incorporated into the southern external wall of St Mary Magdalene’s Church located one block east of the Rynek. 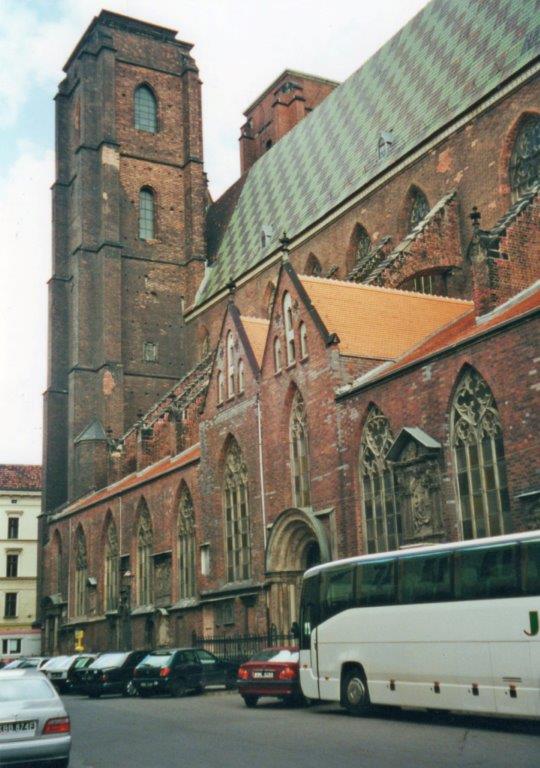 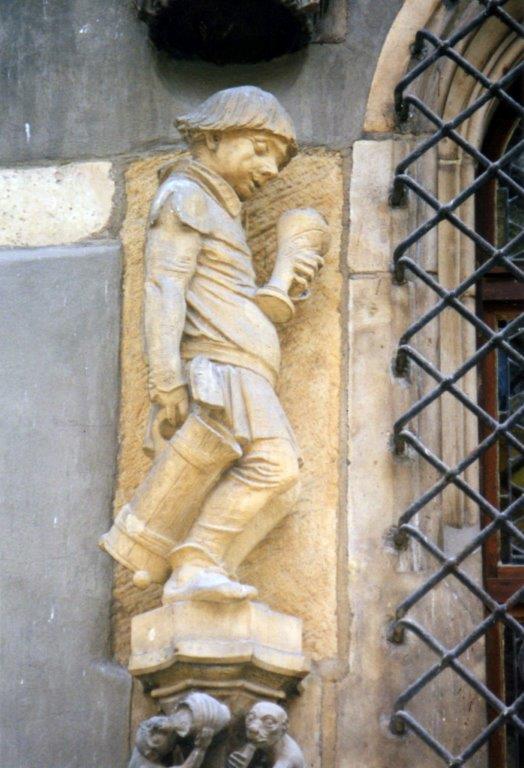 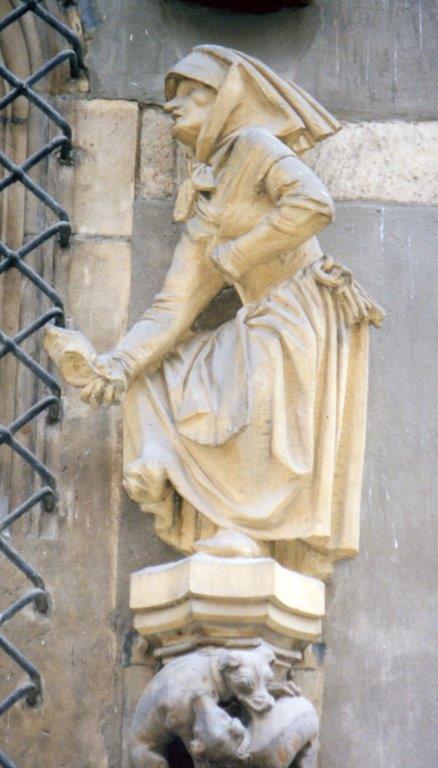 Statues on the wall on either side of a window.
The giant Panorama of Raclawicka (114m long and 15 m high) is further to the east.  It is a massive 360º painting of the 1794 Battle of Raclawice in which a Polish peasant army led by Kościuszko defeated Russian forces intent on partitioning Poland.
A day’s walk through Wroclaw is rewarding – beautiful architecture demonstrating the influences of its history, lovely churches and even some street art. 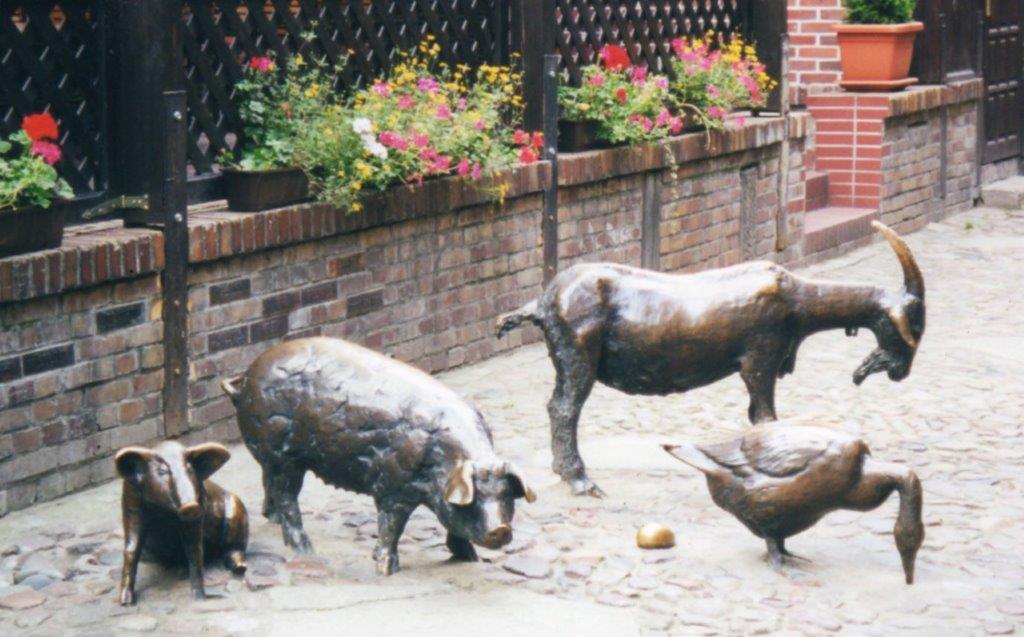 An example of street art.
Photographs by George Repin in 2000