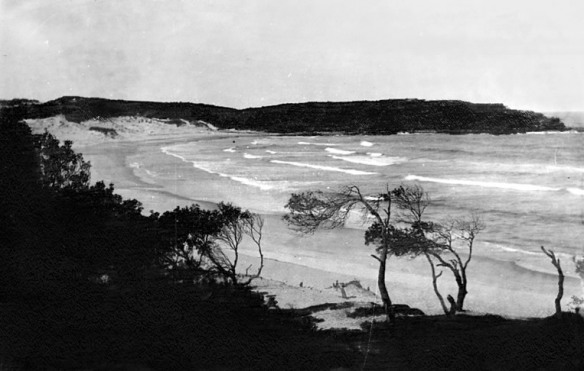 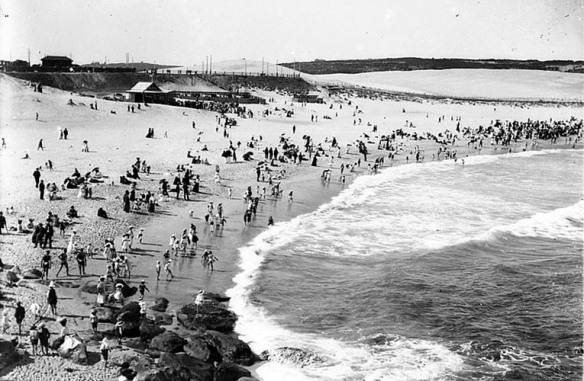 HOTELS AT BONDI
By George Repin

Audrey Tennyson, the wife of Lord Tennyson, Australia’s Governor General from July 1902 to January, 1904 wrote regularly to her mother in England describing in detail her experiences while her husband was first, Governor of South Australia, then acting Governor General and subsequently Governor General.  Fortunately her letters were preserved. Edited by Lady Hasluck they were published in 1978 by the National Library of Australia as Audrey Tennyson’s Vice-Regal Days 1899-1903.  The letters provide a penetrating and interesting insight into the politics and attitudes of the times as she, unlike her husband, was free to visit the gallery in Parliament and listen to the debates.

Her letters also include descriptions of personal and recreational activities.  For example, she recounts an excursion to Bondi.  The party travelled by boat on the Lady Houpeton to Rose Bay where grooms, who had come by land, were waiting with horses.  Audrey Tennyson and her companions then galloped past Chinese market gardens and the newly established golf course (now The Royal Sydney Golf Club) across sand dunes to the beach at Bondi where they enjoyed a picnic.  Bondi Beach, as we know it today came into being in June, 1882 after the Government resumed 25 acres of private land for public recreation – the beach and surrounding sand hills fringed by bush.  By 1886 the tidal baths at the southern end were opened.

However, it was in first two decades of the new century, when transport links were established, that the popularity of Bondi as a holiday destination started to develop.

The Hotel Bondi, which opened in November, 1920 on the corner of Campbell Parade and Curlewis Street proved not to be the “white elephant” that some predicted.  A brochure publicising the hotel promised that it “meets the demand of the most exacting.  Perfectly situated, with a glorious view over the Pacific” giving “practical comfort that few Hotels can offer”.  It soon attracted wealthy country people from NSW and from other States, as well as overseas theatrical people performing in Sydney.

Two tram lines connected the city from Circular Quay to Bondi – one through Bellevue Hill and the other through Bondi Junction, the two lines coming together at the Hotel Bondi corner of Curlewis Street and continuing along Campbell Parade north to the terminus at North Bondi.

In 1929 the Hotel International Bondi Beach opened at the southern end of the beach on the site of the Cliff House Hotel demolished in 1922.  Its publicity declared that it was “a veritable palace of luxury and delight”.   Its “sumptuously fitted dining room with beautiful paneled design and rich pile carpets “ seated 200 guests” and “each of the 100 bedrooms had its own hot and cold water service” and a telephone.  The hotel, with its palm court orchestra, roof garden and “magnificent ballroom” which accommodated “400 couples without any crowding” was perceived as having “class” and attracted both country and Sydney people.  The Great Depression, however, was not kind to the Hotel International nor its owner, Jack Shaw, whose vision it had been to build the European-style hotel.  When the Oldfield family took it over the name changed to The Astra. Through the forties and fifties the elegant, old world charm of its dining room and excellent food made it popular for business entertainment.  However, as fashions changed the Astra went into decline and eventually closed in February, 1983.  The building now houses the Bondi Astra Retirement Village.