Much of the movie The Third Man, now a recognised classic film noir, was shot on location in Vienna in 1948 and completed in England in 1949. It was based on a novella by Graham Greene in which he had worked out the atmosphere and mood of the story before writing the screenplay. The black-and-white expressionist photography by Robert Krasker, harsh lighting and “seedy” locations evoked the atmosphere of a cynical, post-World War II Vienna as the cold war was starting. Robert Krasker, born in Perth, W.A., won an Academy Award for Best Black and White Cinematography in 1950. The director, Carol Reed had four camera units in various parts of Vienna throughout the filming in the city. He was responsible for engaging Anton Karas, whom he heard playing the zither in a wine bar, to compose the musical score and to play the music which proved to be perfectly suited to the action of the film. The “Third Man Theme” sometimes called the “Harry Lime Theme”, played by Karas on the zither, subsequently enjoyed great popularity.

The story revolves around Harry Lime (played by Orson Welles) thought at the beginning of the film to have been killed in an accident, and the identification of a third man who, with two others, was seen to be removing the body - which later proved not to be that of Harry Lime. Lime was a racketeer stealing penicillin from military hospitals, diluting it and selling it on the black market resulting in the deaths of patients, particularly children. In post-war Vienna the new drug penicillin was scarce and very expensive.

“……in Italy, for thirty years under the Borgias they had warfare, terror, murder and bloodshed but they produced Michelangelo, Leonardo da Vinci and the Renaissance. In Switzerland, they had brotherly love, they had five hundred years of democracy and peace – and what did that produce? The cuckoo clock.” The movie remains very popular and is frequently shown by film clubs and societies.

The Viennese have taken advantage of tourist’s interest in the movie. Guided walking tours visiting sites where the movie was made, including a descent into the “sewers” (where Harry Lime died), are available and continue to be popular. There is also a privately operated Third Man Museum with a collection of original artefacts from the film and Burgkino, one of the city’s cinemas, occasionally screens the film (at one time on Tuesdays, Fridays and Sundays).

The walking tours usually take in the Hotel Sacher, where the British Army Police Headquarters were located, Josefplatz 5 where Lime had his apartment, other locations appearing in the film, the Prater fairground with the Giant Ferris Wheel and the sewer into which Lime escaped.

The Hotel Sacher today is an internationally recognised hotel famous for its Sacher Torte. 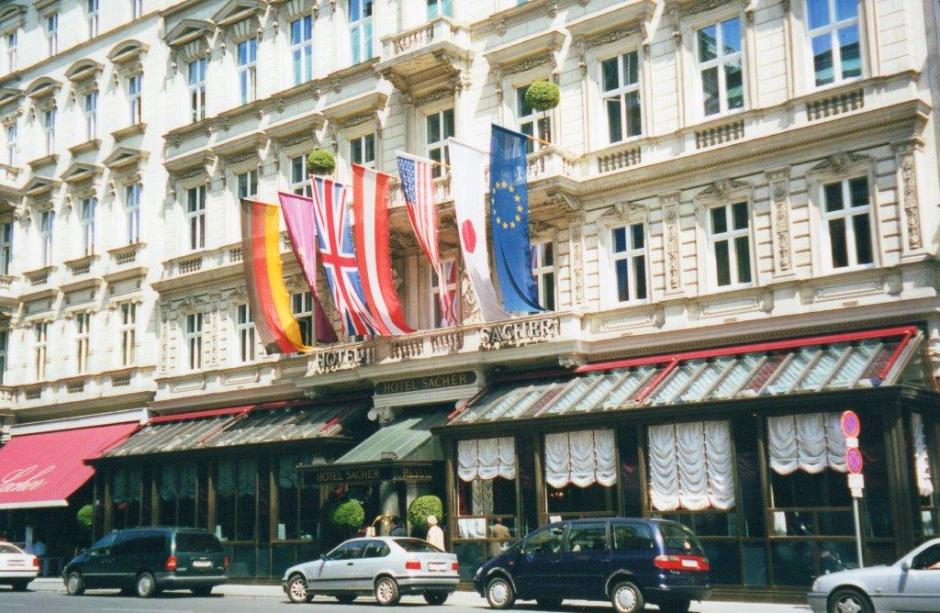 The Giant Ferris Wheel was constructed in 1896/7. In 1945 all the cabins and machinery were destroyed by bombs and fire. Fifteen cabins were restored and put back into operation in 1947. Its highest point is 64.75 metres above the ground from where there is an outstanding view of the fairground and of Vienna. 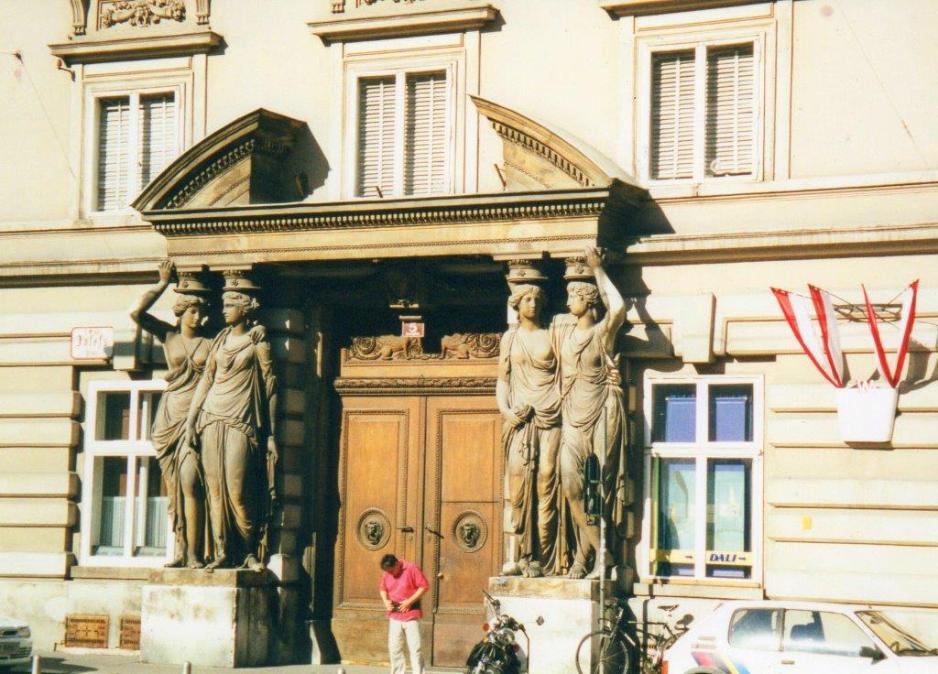 Josefplatz 5 -Harry Lime's apartment was in this building. 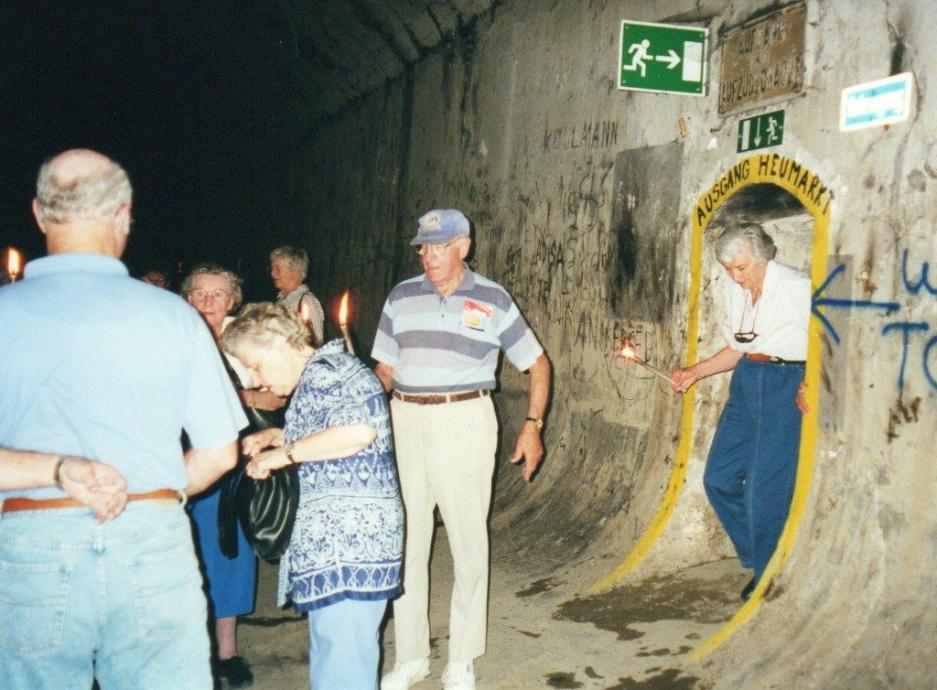 Entering the tunnel used for sewer scenes – candles for light. 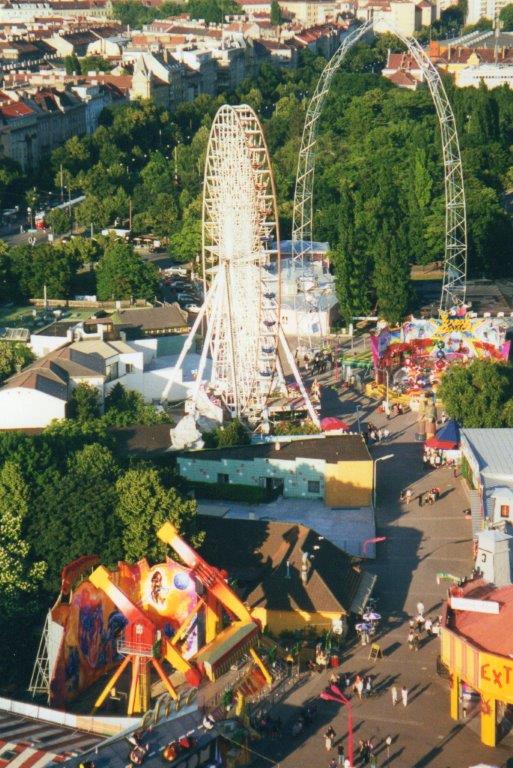 View over the Prater fairground. 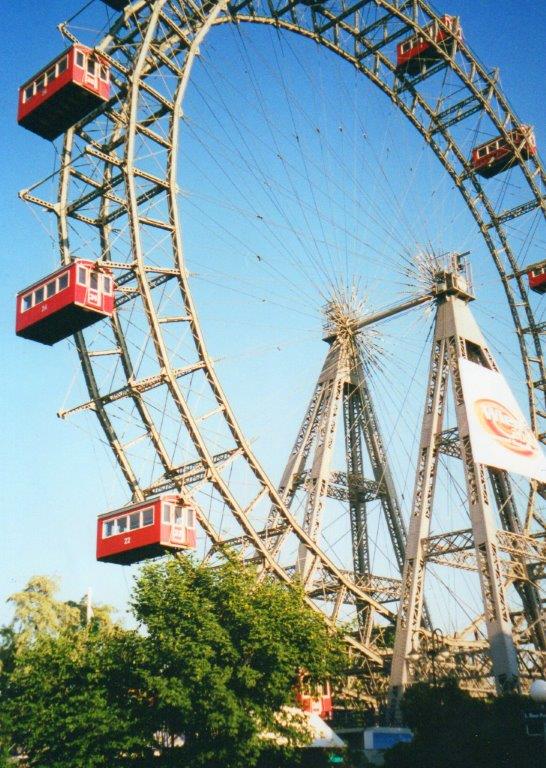 The Giant Ferris Wheel in the Prater fairground.