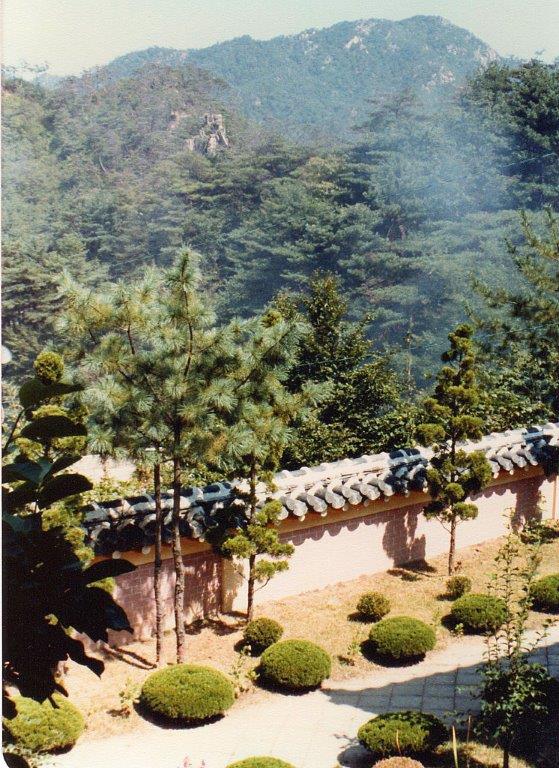 When Gautama Buddha died in 486 B.C.E. there was no record of his Dharma – his teachings – which he always delivered verbally. The Buddhist monastic community was faced with a problem of “authority” and the lack of a means of resolving doctrinal disputes. Accordingly, as many as 500 senior monks and Buddha’s disciples convened and, at the direction of Mahakashpa Buddha’s successor, the Buddha’s teachings were recited in full and, after verification by others who had heard the Buddha, were compiled as an authoritative body of doctrine and discipline. The meeting subsequently became known as the First Buddhist Council. Ananda, Buddha’s cousin, who had been the Buddha’s constant companion recited his teaching on doctrine and behaviour, and on meditation techniques. These were adopted as the Sutta-pitaka, the “basket of discourses”. Upali, a monk who had been close to the Buddha recited his rules and regulations, most of which derived from Buddha’s responses to specific situations.

Right: Haein-sa Temple is in this mountainous area.

These became the Vinaya-pitaka, “the basket of disciplines”. Subsequently these two “baskets” were supplemented by a third basket, the Abhidhamma, made up of systematic reflections on the Buddha’s teaching. These three constitute the Tripitaka – the “three baskets” which are commonly referred to as a canon of Buddhist “scriptures”. However, Buddhist teaching continued on a verbal basis for several centuries before the contents of the Tripitaka were written down in the Third Century B.C.E. The Tripitaka is sometimes referred to as the Pali Canon because of the language in which it was first written.

The Tripitaka Koreana is the world’s most comprehensive and oldest intact version of Buddhist treatises, laws and scriptures in Hanja script with no known errors. The compilers incorporated older versions from various sources and added content written by respected Korean monks. The accuracy of the version is attributed to Sugi, the National Preceptor, who carefully checked it for errors. It was carved onto 81,258 wooden printing blocks in the 13th  Century after the original set, first carved in 1087, was destroyed by fire during the Mongol invasions of Korea in 1232. The revision and recreation of the Tripitaka took sixteen years, from 1236 to 1251.

The wood used is said to have come from China and was subjected to extensive and careful preparation. After three years submerged in salt water it was submerged for a further three years in fresh water before being buried for another three years. After drying for three years it was deemed ready to be carved. Each block is 70 cms. long, and 24 cms. wide. The thickness varies between 2.6 and 4 cms. and each block weighs about three to four kilograms. On average there are twenty-two lines to a page and fourteen characters in each line.

The blocks are preserved at the Haein-sa Temple complex set in a beautiful mountainous area of South Korea. The temple has been designated an UNESCO World Heritage Site. The building housing the Tripitaka was built in 1488, designed in such a way as to maintain the temperature and humidity relatively constant to better preserve the blocks, despite the area being exposed to heat in the summer and snow in the winter.

As Edward B Adams in 1976 wrote in his Korea Guide “Considering all the temples of  Korea, if you had time to visit only one Korean temple then Haein-sa should be chosen.”

Photographs by George Repin in 1991 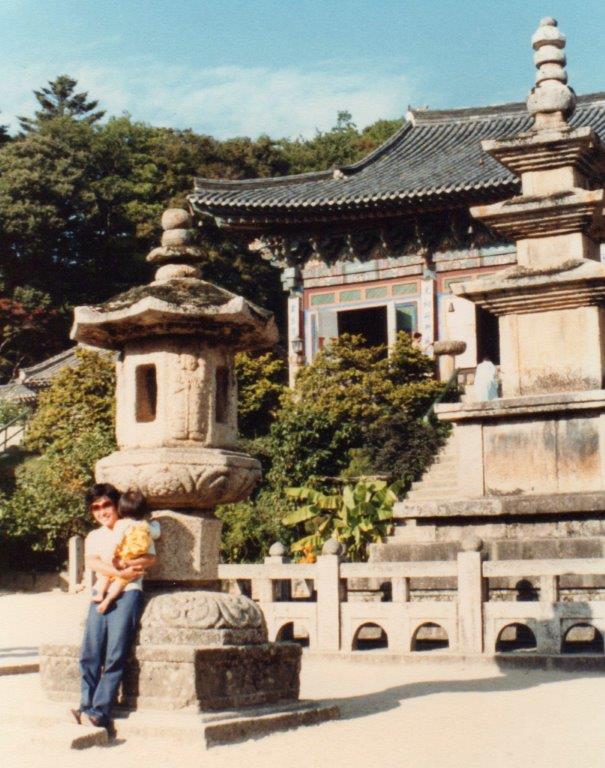 A building in the Temple complex. 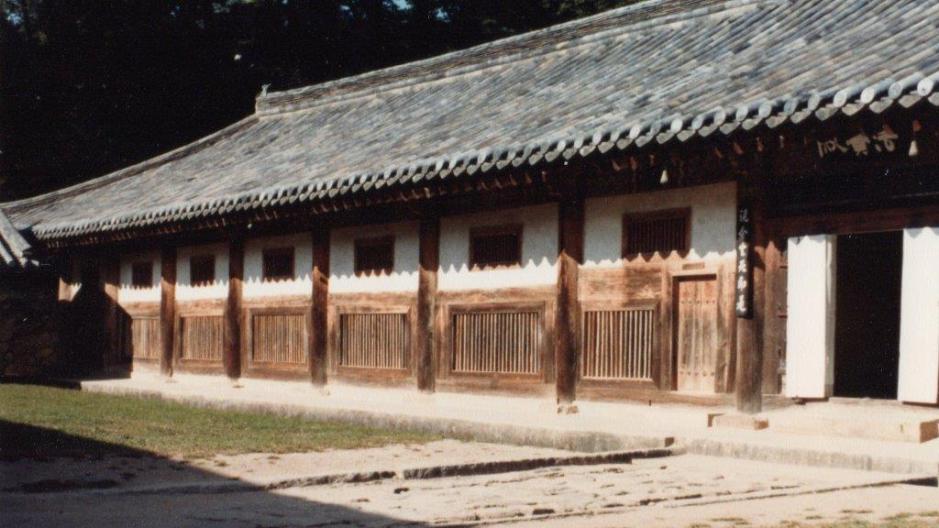 Storehouse for the Tripitaka. 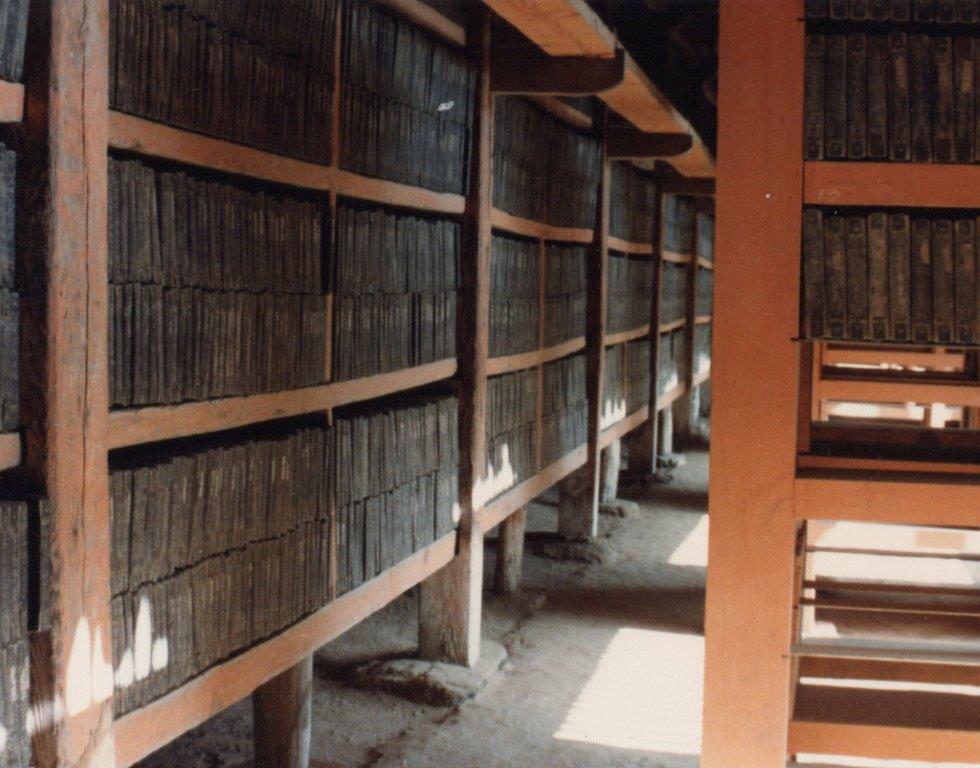 Above: Shelves holding carved wooden blocks. Below: Close-up of the blocks. 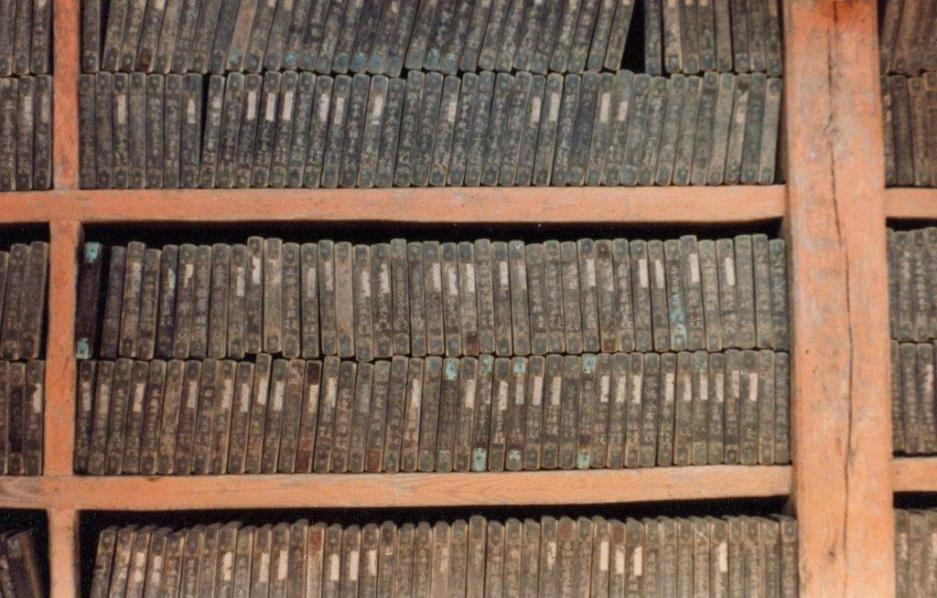