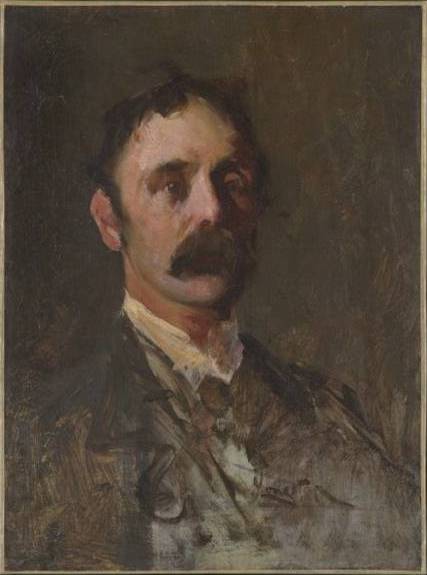 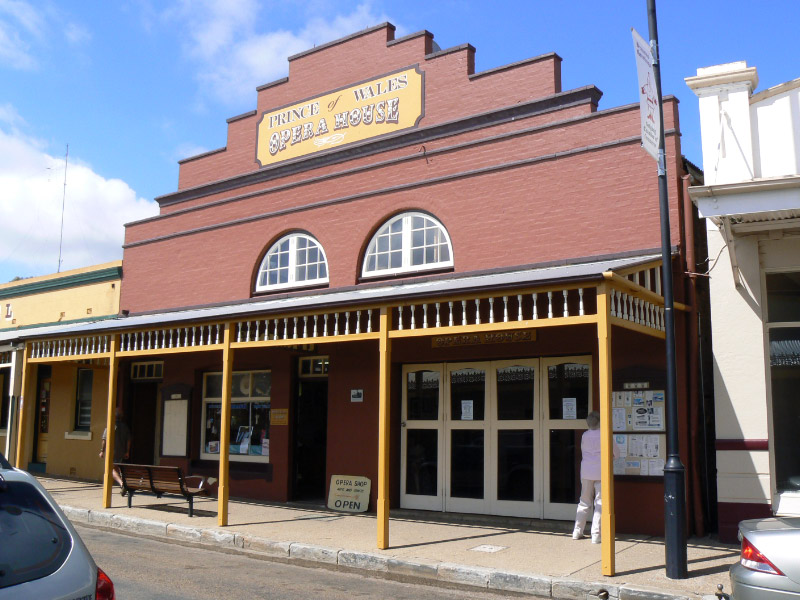 The Prince of Wales Opera House

Elaborate wrought iron on a balcony 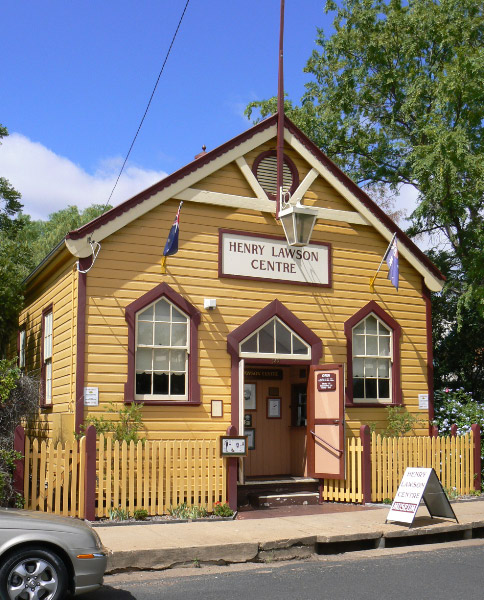 When Tom Saunders, an employee of Joseph Dietz who himself had searched for many years without success, in 1870 found significant traces of gold near the centre of the present town the hopeful flocked to the area.  Because much of the gold was close to the surface and could be mined by hand tools some have called the Gulgong find the last of the small man’s gold rushes. The population in and around Gulgong quickly grew to about 20,000 but within five years the easily accessible gold had been removed and by 1880 the rush had ended and most of the people moved on.  The present population is about 7,500 with 2,500 in the town limits.

However, Gulgong has another claim to fame.  Although born in Grenfell on 17 June, 1867 Henry Lawson spent his boyhood and early teens in the area between Gulgong and Mudgee and his association with the area is celebrated each year in the Henry Lawson Heritage Festival over the June long weekend.

The weekend this year was to be preceded by a “Pilgrimage Drive” from Grenfell to Gulgong over the period 26 May to 8 June, with 30 horse-drawn vehicles re-enacting “baby Henry’s journey”, while  many activities relating to Lawson filled the weekend itself including talks about his work, poetry readings and performances at the Prince of Wales Opera House.  On the Saturday night, the Opera House is the site of a Theatre Restaurant and Literary Award presentations.

The Henry Lawson Centre is a museum dedicated to Lawson’s life and literary works and to the family, friends, literary characters and places associated with his life.  In the Centre the visitor can view phases of the writer’s life from his birth to his death in 1922, through a series of illustrated wall displays.

Henry Lawson’s association with Gulgong is extensively promoted by the town to attract tourists.

The Symbol Trail in Gulgong, a link between the past and the present, is another town attraction.

For centuries itinerants in Europe, and later America, searching for work used symbols to help each other on their journeys – signalling messages to those coming behind.  As some point the idea was taken up by “swaggies”. Chester Nealie, a potter living near Gulgong became interested and ultimately unearthed about fifty of these “language of the road’” symbols and identified their messages.  Sixteen of these symbols are embedded as tiles in the pavements on either side of Mayne Street. In the words of Chester Nealie “They are made mostly from local materials: pebbles and sand from the Cudgegong River; clay from Puggoon to the north of Gulgong.”   “They have different colours and textures. The colours and textures of the tiles reflect the land the swaggies knew: the heat and dust of the roads, the charcoal remains of the previous night’s campfire.”  Chester Nealie has made more than seventy such tiles. 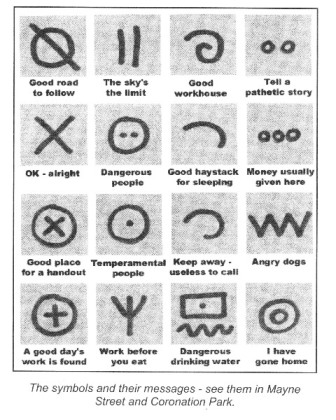 Historic Gulgong contains many attractions, including the Gulgong Pioneer’s Museum which has expanded greatly since opening in 1964. Indigenous rock paintings can be seen in the surrounding area.  A day in Gulgong is not wasted.