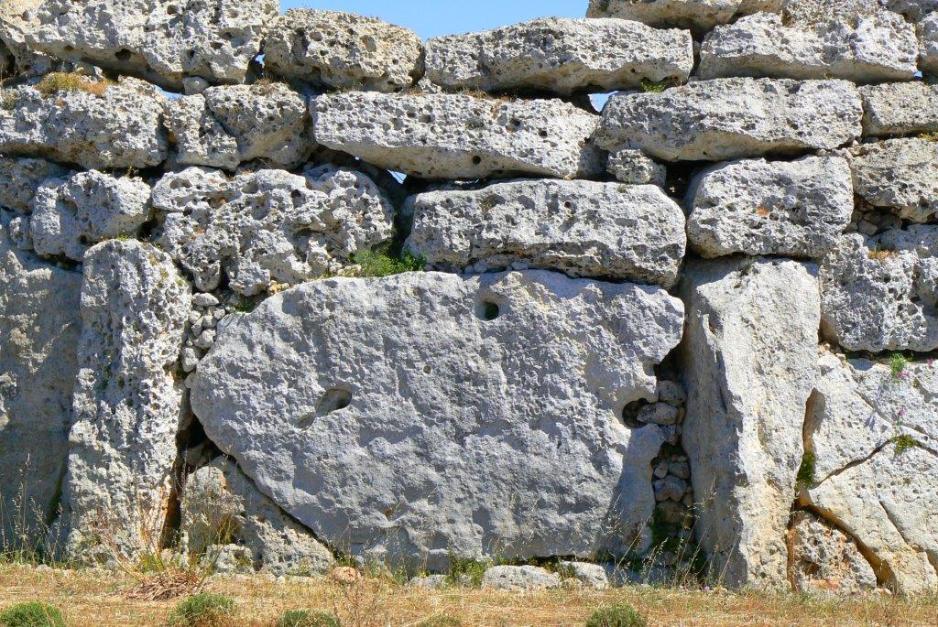 Outside wall with large rock.

The megalithic temples of Malta are impressive monuments of European prehistory. From modern carbon dating techniques it appears that they were already under construction around the mid-4th millennium BC and accordingly they predate the Egyptian pyramids and Stonehenge. They are remarkable because of their complexity and massive proportions which required extraordinary technical skill in their construction.

The most imposing and best preserved of these structures are the Ggantija Temples at Xaghra on Gozo, the second largest and most northern island of the archipelago which makes up the Republic of Malta. They were erected during the Copper Age (3,600 – 2,500 BC) and are thought to be the earliest free-standing stone monuments in the world.

In Maltese the name “Ggantija” means “belonging to the giants” or “giant’s grotto”– a reference to the ancient legend that the temple walls were built in one day and one night by a female giant named Nunsura.

The complex consists of two temples built side by side enclosed within a surrounding wall. The space between the temples and the outer wall is filled with a packing of earth and stones. The larger temple, which was built first, has an internal overall length of 27 metres and has niches with altars, relief carvings and libation hole. It faces south-east and rises to a height of 6 metres. The second temple is only 19.5 metres long and has none of the internal features of the first. Each temple consists of five apses connected by a central corridor (see diagrammatic plan). In the smaller temple the end apse is merely a niche. The rough internal walls were originally smoothed with clay and covered with a thin layer of lime plaster. 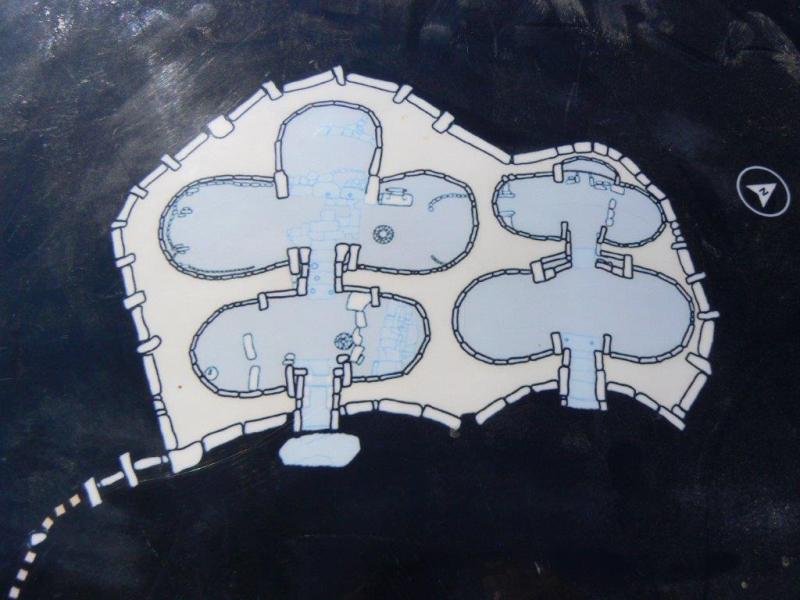 Diagrammatic plan of the site.

coralline limestone and to put them into place. Some of the megaliths are more than 5 metres long and weigh fifty tons. Balls about the size of cannon balls have been found on the site and may have been used as “roller balls” to move the stones. The few artefacts which have been found on the site are now displayed in the National Museum, including a small clay figure of a full-figured sleeping goddess which was found in an egg shaped chamber.

Some architectural decorations can be seen on the site, such as stone blocks with spiral carvings. 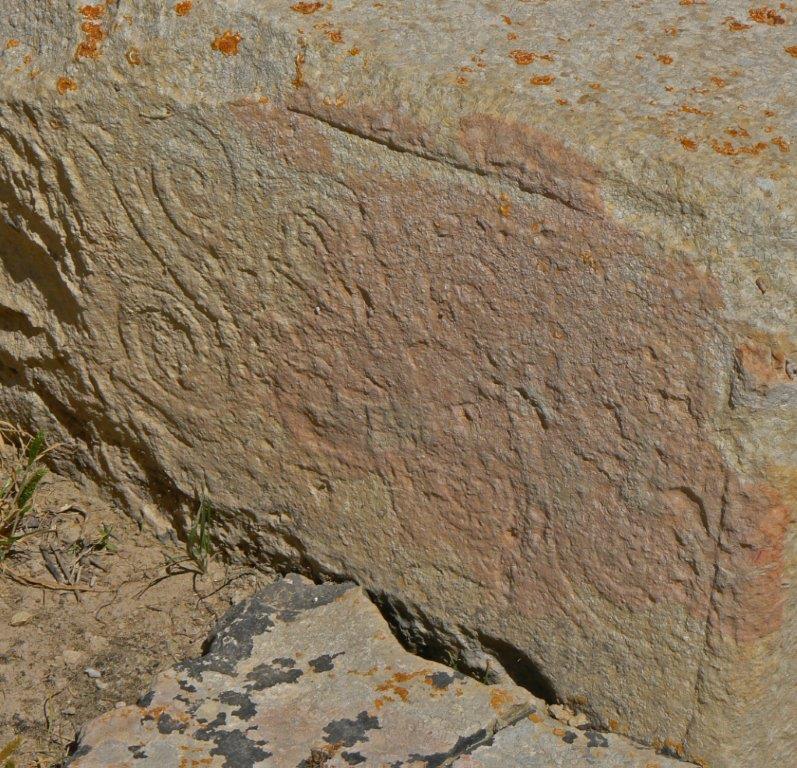 A Government Agency responsible for the site is undertaking a comprehensive conservation, presentation and interpretation project.

Ggantija is the first of the Maltese megalithic temples to be have been designated a UNESCO World Heritage site.

Photographs by George Repin in 2011. 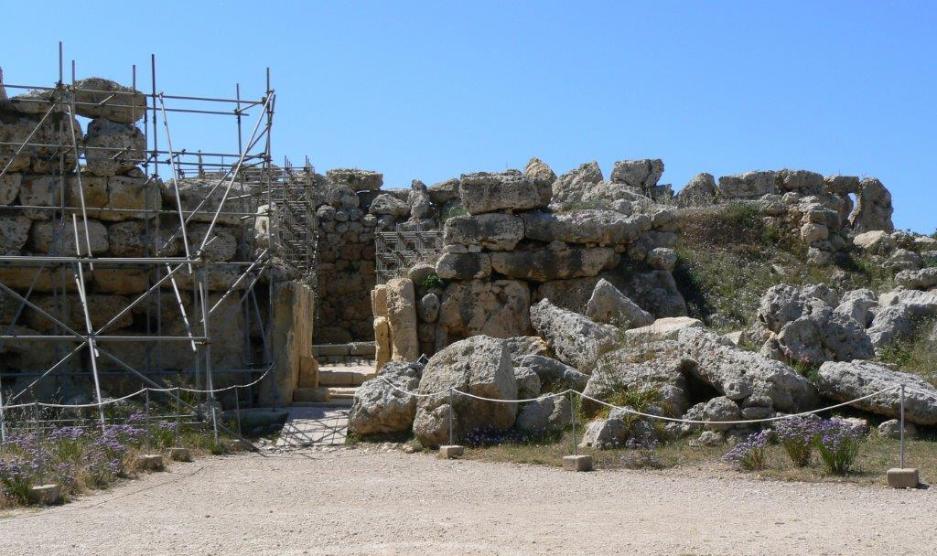 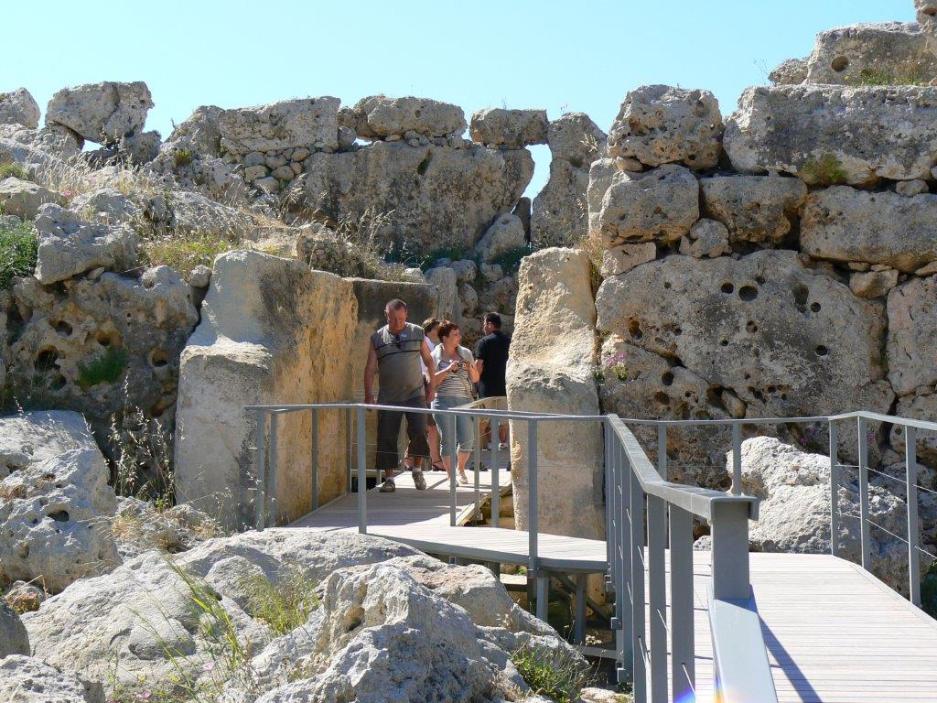 Visitors coming out of smaller temple.