THE CHURCH ON SPILLED BLOOD - 2005
By George Repin

Alexander II, Tsar of Russia, after surviving five earlier attempts on his life, was assassinated beside the Griboedov Canal in St Petersburg on 13 March (OS 1 March)  1881.  He survived the explosion of a first bomb, safe in his armoured carriage, but got out to check on the condition of injured accompanying Cossacks and was fatally wounded by a second bomb. 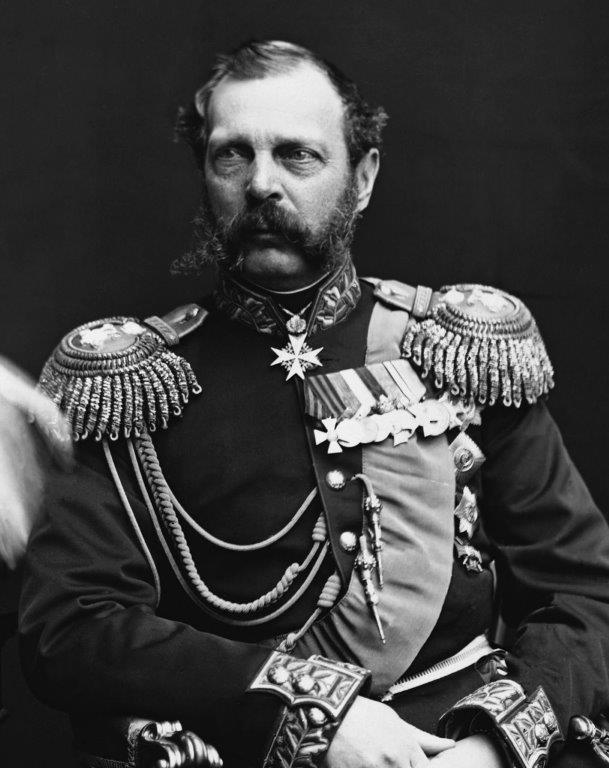 In history he is referred to as Alexander the Liberator because of his most significant reform, namely the emancipation of Russia’s serfs.  The Emancipation Reform of 1861, which effectively abolished serfdom throughout the Russian Empire, was the first and most important of a number of liberal reforms passed during his reign.  Before the abolition of serfdom Russian peasants were tied to the land on which they lived, served their landlords, did not have freedom of movement and were unable to own land themselves. Under the Emancipation Reform serfs gained the full rights of free citizens.

Although the emancipation legislation was well planned, in practice the reform did not work smoothly. Despite their newly acquired freedom the life of the serf remained grim in many respects.

While it might have been expected that Alexander II’s reforms would have created a freer, more liberal climate in the country the reforms were not extensive enough for the radically-minded members of society who persisted with their aim, ultimately successful, to assassinate the Tsar.  As an irony of fate Alexander was proposing additional parliamentary reforms and, on the very day he was assassinated, had signed a document accepting the project of Minister Loris-Melikov which would have given Russia a constitution.

Alexander II’s son, his successor as Alexander III, was a very different man from his father. He immediately stopped the development of a constitution, and his internal reforms were aimed to reverse the liberalisation that his father had initiated.  He believed that remaining true to Russian Orthodoxy, Autocracy (with the blessing of God) and Nationality would save Russia from revolutionary agitators.

Construction of The Church on Spilled Blood (also known as The Church of the Savior on Spilled Blood) began in 1883, on the Griboedov Canal where Alexander II was assassinated two years earlier.  It was intended by Alexander III as a memorial for his father.  It was completed by his son, Tsar Nicholas II in 1907.  Funding was provided by the Imperial family with help from donors.

Architecturally the church is quite different from the predominantly Baroque and Neoclassical buildings of St. Petersburg.  Instead it harks back to medieval Russian architecture, intentionally resembling St. Basil’s Cathedral in Moscow and the 17th Century churches in Yaroslavl. A riot of colour, the overall effect is created by the imaginative juxtaposition of materials.  Inside, more than 20 types of minerals, including jasper, rhodonite, porphyry and Italian marble are lavished on the mosaics of the iconostasis, icon cases, canopy and floor.  The church contains 7500 sq meters of mosaics. 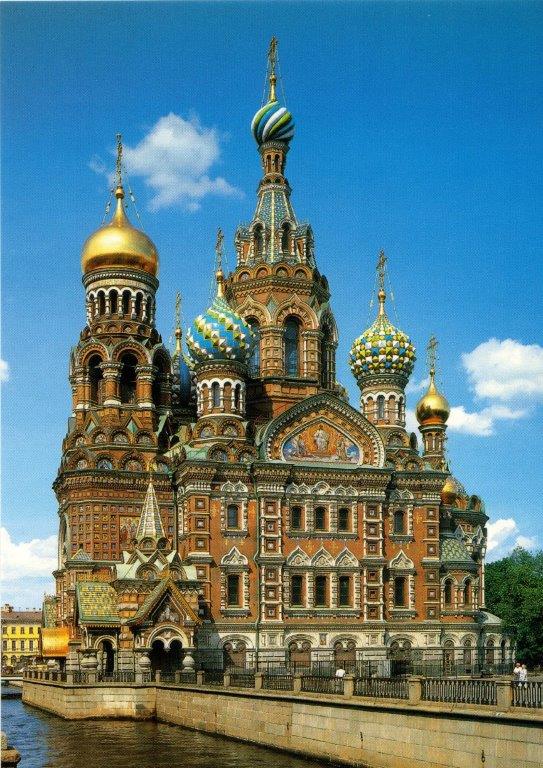 The Church on Spilled Blood on the Griboedov Canal,  St. Petersburg

In the aftermath of the Russian revolution the church was ransacked and looted. It was closed in 1932 by the Soviet Government.  It was badly damaged during and after the siege of Leningrad.  Only in August 1997, after 27 years restoration, was it reopened and is now a major tourist attraction in St. Petersburg.  It has not been reconsecrated.

Alexander II died at the age of 63 before he could put in place constitutional change and introduce other reforms in response to the pressure building up in Russia. He died before his reforms were deeply embedded and difficult for his ultra-conservative son, Alexander III, to reverse. The reign of Alexander III was one of rabid reaction.  The press was again under strict censorship and the secret police more active than ever. Workers began to get organized and opposition was growing. Had Alexander II lived to implement reforms the appalling events of the next thirty years, including “Bloody Sunday” on 9th January, 1905, culminating in the October Revolution in 1917 might have been averted.

The estimated 80 million Russians whose deaths are attributed to Stalin and his economic, agricultural and political policies - and personal  vendettas might have been averted. The course of history might have been different had it not been for the second bomb on the Griboedov Canal.