Newport and Freshwater to come! 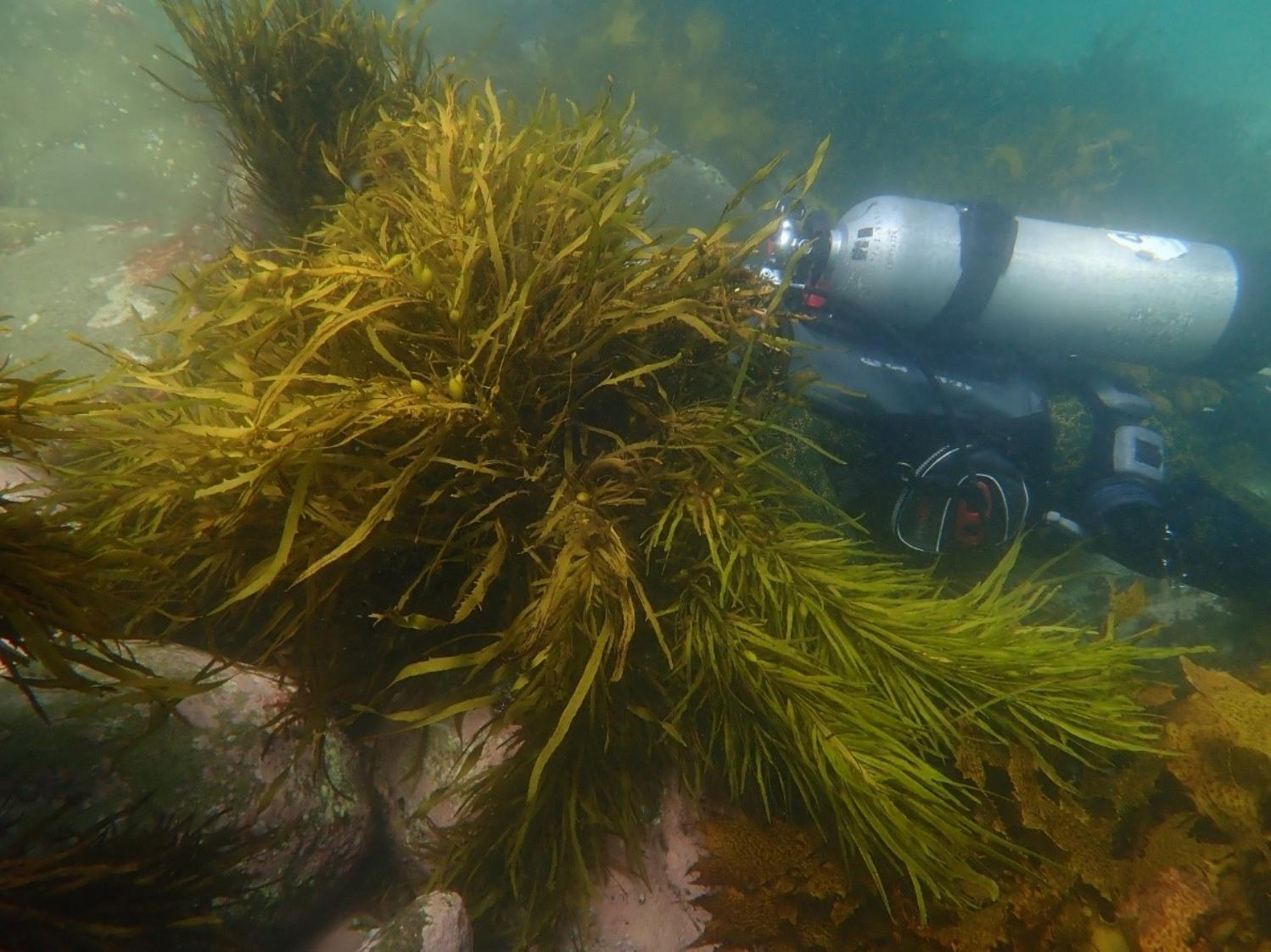 Initial studies trialled transplanting crayweed back to Sydney, from areas where it is still found naturally. Scientists found that by doing this they could facilitate the re-establishment of crayweed forests in areas where they once thrived. This proven method involves attaching reproductive adult crayweed to temporary underwater mats. The adults then reproduce and their ‘cray-bies’ attach to the reef and form the basis of a new, self-sustaining population. The temporary mats are then removed

In late March/early April 2019, crayweed was planted in Cabbage Tree Bay for the first time since it disappeared since the 1970-80’s. Volunteers were invited to work with the Operation Crayweed team to restore these forests and over forty enthusiastic individuals attended over the two ‘planting’ days at two locations on the western side of the bay.

Volunteers assisted a land-based team with counting and measuring of plants prior to planting. A group of volunteers also took the plunge and acted as underwater assistants to the SCUBA planting team. In May 2019, Operation Crayweed planted on the eastern side of the bay, also with the help of local volunteers.

Early monitoring of the restoration sites showed various marine species immediately taking up residence in the planted crayweed forest – some even using it as a food resource.

In October 2019, the Operation Crayweed team noticed the appearance of the first visible baby crayweed plants at Cabbage Tree Bay since planting. A few months later, in January 2020, the team recorded over 100 individual baby crayweed plants! This was very encouraging as these plants will eventually grow to form the beginning of a self-sustaining crayweed forest in Manly. Custodianship of these plants has been developed by community volunteers and the Operation Crayweed team will continue to monitor their progress and eagerly await for the appearance of more baby plants.

Operation Crayweed engaged Grumpy Turtle Design, a social media and film making team, to create a short film for Operation Crayweed Manly.  The film, ‘Crayweed and Cabbage’, documents the restoration at Cabbage Tree Bay and community engagement. The film features interviews with local stakeholders, community members, and Operation Crayweed team members. ‘Crayweed and Cabbage’ premiered to an audience of over 100 people at the Manly Art Gallery & Museum during the Northern Beaches Council ‘Ocean Care Festival’ in November 2019. This short film is now available to view for free online –

A flourishing relationship between SIMS and people across all ages within the Manly community has promoted custodianship of the local marine environment that will resonate into the future. As result of this increased awareness, Operation Crayweed has recently been announced as a NSW Government My Community Project to host a Manly Festival of Seaweed in 2020. This festival will invite the community to engage in a celebration of these remarkable coastal ecosystems through food, art and science. It will include a major art installation, hands-on marine restoration of lost crayweed forests, films, art workshops and cooking demonstrations – stay tuned!

Operation Crayweed are also planning to restore this important seaweed at Newport and Freshwater later this year!

To register your interest for any volunteer opportunities please visit their webpage at -  http://www.operationcrayweed.com/support

‘Operation Crayweed’ is an environmental rehabilitation project that is restoring crayweed, an important species of seaweed, along Sydney’s coastline from Cronulla to Palm Beach and is led by marine scientists from the Sydney Institute of Marine Science (SIMS), The University of NSW, Sydney, and The University of Sydney.

The latest planting site is in Cabbage Tree Bay Aquatic Reserve in Manly.

The Balgowlah North students first learnt about Operation Crayweed on excursions to the Long Reef rock platform and the SIMS Marine Lab in Chowder Bay.

The students then explored that scientific knowledge through the creative process of drawing, song-writing, singing, and dancing in the making of the animated film.

This short film is the latest in a series of art/science collaborations between Turpin + Crawford Studio and SIMS/UNSW/USyd. The film engages young people to become ambassadors for marine health in general, and the importance of crayweed restoration for Sydney.

This project was supported by the John T Reid Foundation.