The Greek town of Kalambaka in the North Western part of Thessaly, East of the Pindos Mountains, lies at the foot of the geological formations referred to as Meteora. Formerly called Eginio it is one of the most ancient cities of Thessaly.

Rock pinnacles of deltaic origin rise over 400 metres above the Thessalean plain. Geologists believe that the pinnacles of brown sandstone were created 60 million years ago in the Tertian Geological Period.

While of interest in themselves from a geological perspective it is the monasteries built on the tops of some of the pinnacles which bring visitors to Kalambaka and excite the imagination. The word Meteora can be roughly translated as that which is suspended in midair. The monasteries are built directly on the surface of the rock without foundations as such. All building materials had to be hauled up from the foot of the pinnacles by rope in baskets. Access by foot was possible by climbing up difficult narrow steps cut into the rock. 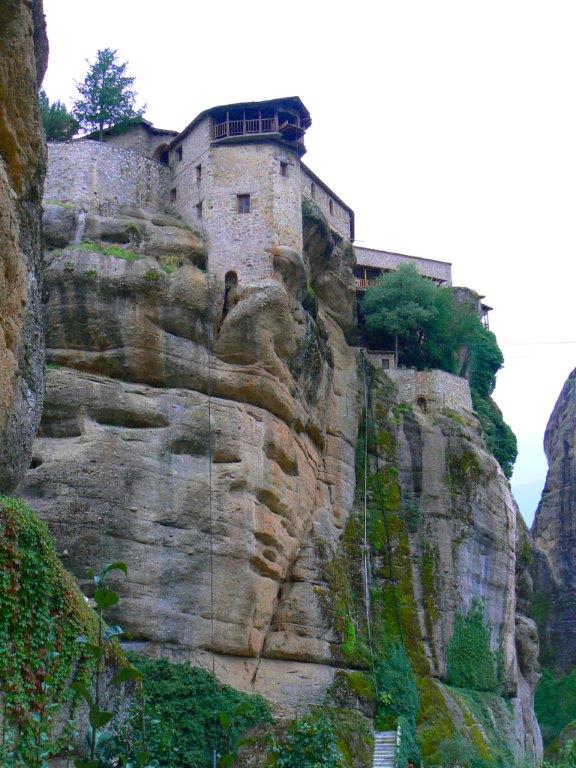 Winch house for hauling supplies up to the monastery.

Religious life in the area, starting in the form of hermits’ dwellings, can be traced back to around 1,000 AD. The first monastery community emerged in the 14th Century and was most successful during the 15th  and 16th  Centuries. By the 17th  Century the monastic population had dwindled to one third of its original size. Today only a few continue to function as monasteries while others are closed and no longer are occupied by monks.

There are two views as to why the monasteries were built in such inaccessible places. The generally accepted view is that the monks sought solitude, which they found far removed from life in the world below - solitude for meditation and religious rituals. Assurance of safety from enemies appears also to have been an influence.

During the German occupation of Greece the area was bombed and many art treasures were stolen.

Some of the monasteries can be visited, particularly the Monastery of St Stephen where a relatively safe stair access has been built.

Significant monasteries are: The Great Meteoron, Varlaan, St. Stephen, Holy Trinity and St. Nicholas Anapausas. The monasteries of Meteora are listed in the World Cultural Heritage because they represent an unique example of monastic life since the 14th  Century. Details of the history of individual monasteries are available in the World Heritage nomination. 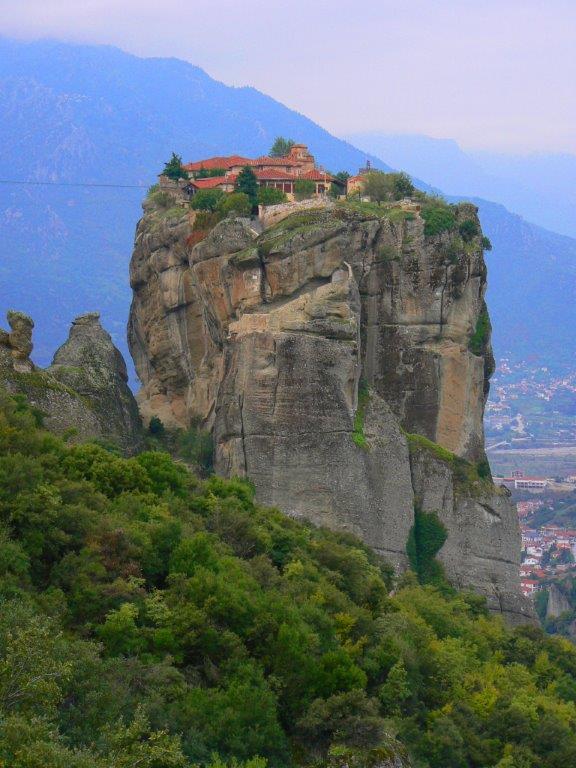 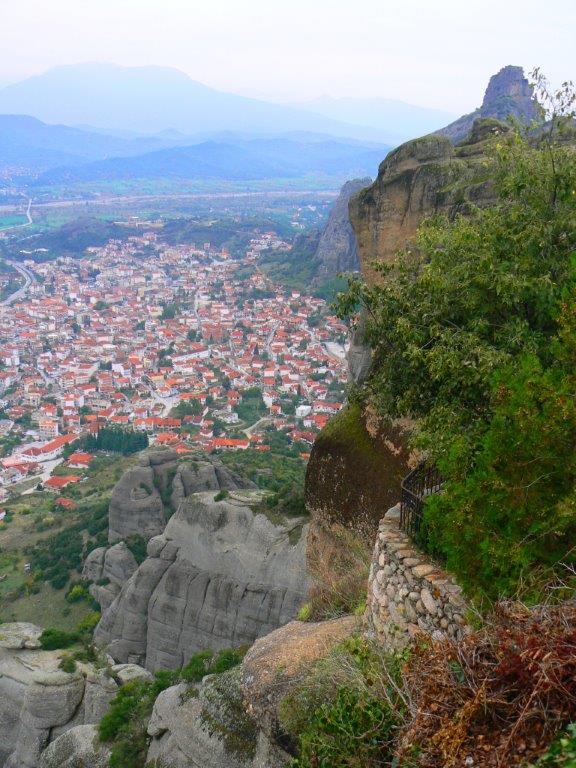 Town of Kalambaka at the foot of the rocks.