by George Repin
Poland’s second largest city, Kraców, is one of the country’s oldest and best preserved.  It lies in the southern part of the country in a valley at the foot of the Carpathian Mountains.  Fortunately it survived World War II unscathed so that its wealth of medieval churches, baroque architecture, Wavel Cathedral and Wavel Castle  were preserved, making Kraków Poland’s  greatest tourist attraction. 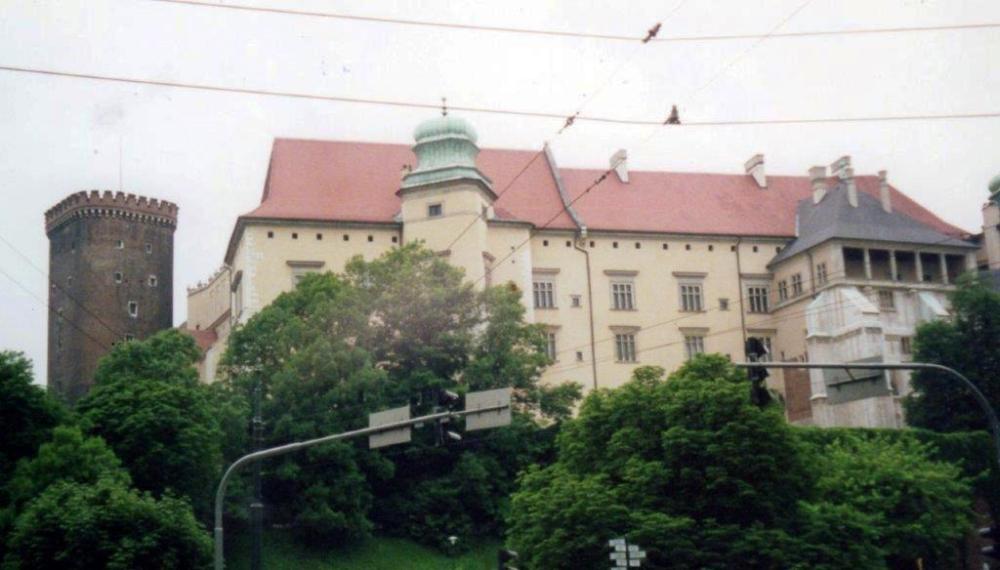 The Renaissance Castle on Wawel Hill. 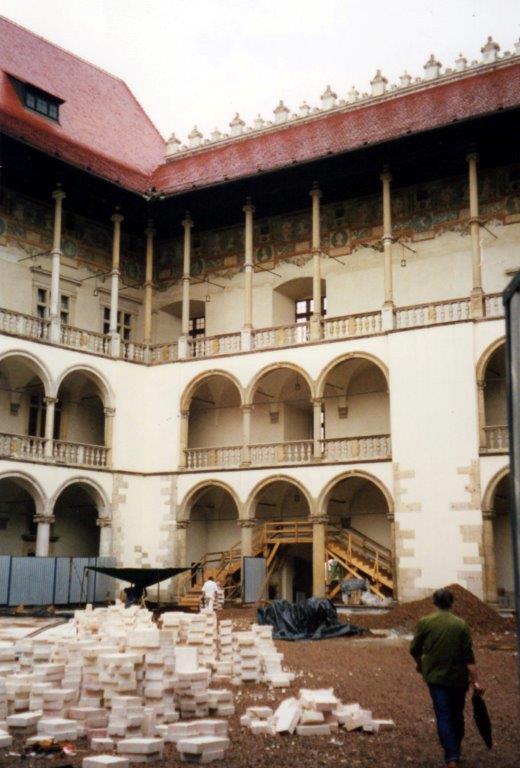 Courtyard of Wawel Castle undergoing restoration.  Fragments of 16th C. frescoes are on the top level.
There is evidence of Stone Age occupation on the Wavel Hill but the present settlement dates back to the 7th Century CE. In 1038 Kraców became the seat of the Polish Government and by the end of the 10th Century was a leading centre of trade.  In 1241 the city was almost completely destroyed by Mongols and was again ravaged by the Mongols in 1259, but after defensive walls were built subsequent attacks were repelled.
The city flourished until 1586 as the medieval capital of Poland, the kings ruling from Wawel Castle. Even after the capital was moved to Warsaw Polish Royalty continued to be crowned and buried at the Wawel Cathedral. 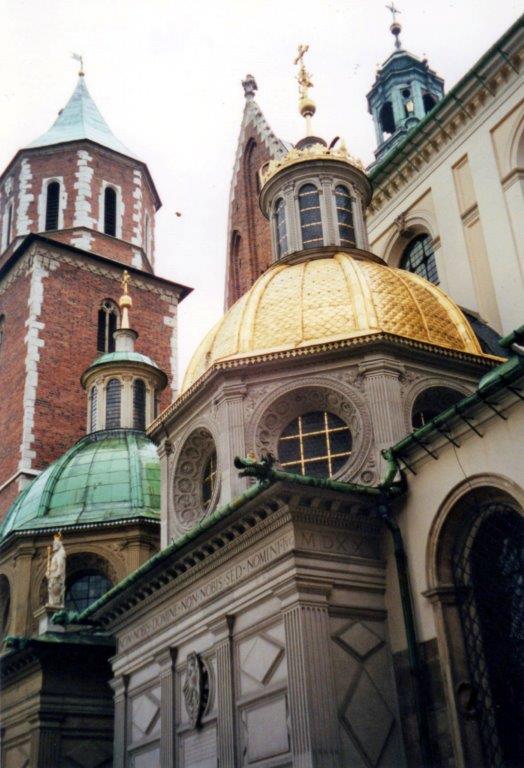 Wawel Cathedral.  Gold dome of King Sigismund's Chapel. The vault of the dome and the plates covering the dome are coated with gold leaf. Considered the finest Renaissance construction in Poland. 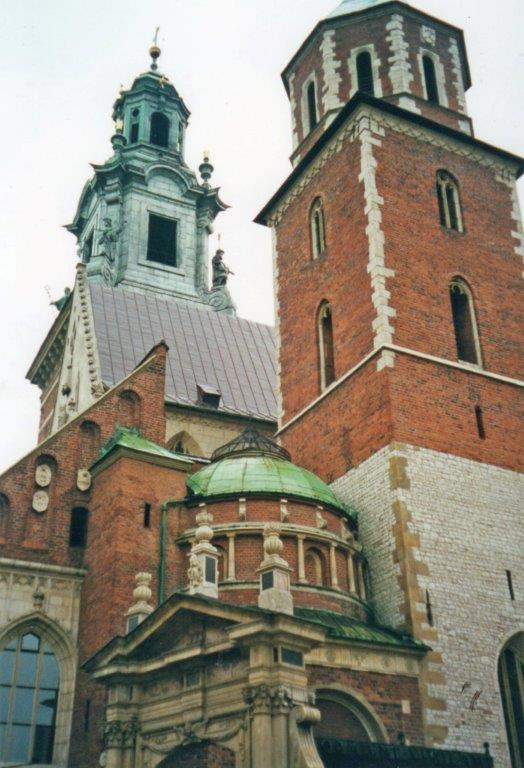 Wawel Cathedral.  King Sigismund Tower on left, the Silver Bells Tower on the right and the Holy Cross Chapel in front.
As Kraców grew and developed it became, and today remains, a show case for many different historic styles of architecture.  Because of the manner in which the city expanded, from its earliest nucleus outward, the variations in style and planning can be easily recognised. Because Kraców was spared much of the destruction suffered by other Polish cities during 20th Century wars it is possible, in walking outwards from the city centre, to see the historical succession displayed by the buildings. 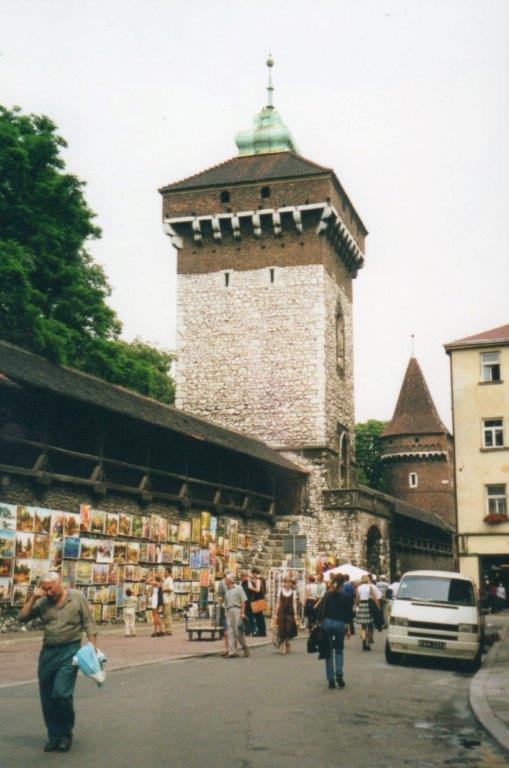 Florian Gate - the only survivor of originally eight gates.
First mentioned in 1307 as controlling the main entrance to the city.  The square stone tower above the gate was built in the 14th C. and the top added in the 16th C.  A favourite spot for artists to exhibit their work.
In 1335 King Casimir III founded a new city adjoining Kraców – Kazimierz - which he named after himself (Casimir in Polish is Kazimierz).
Kraków’s historic centre (including the Old Town, Kazimierz and Wavel Castle) was included as the first of its kind on the list of UNESCO World Heritage Sites in 1978. 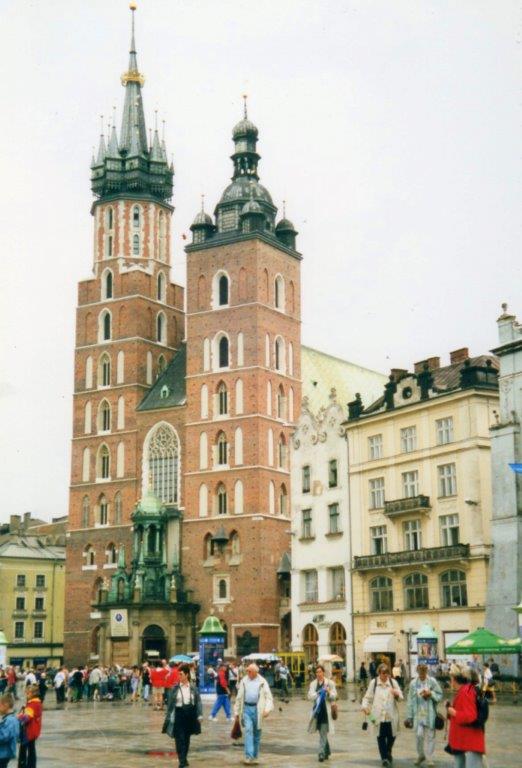 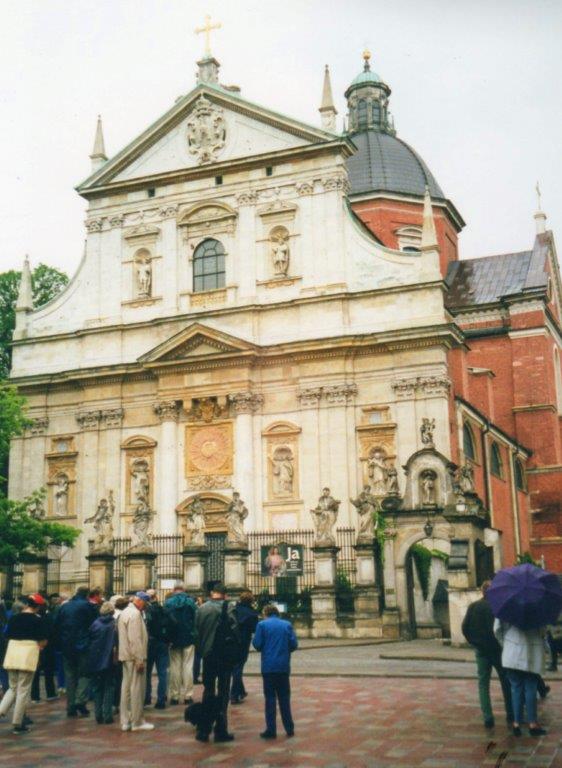 The opulent Baroque Church of St. Anne.
When Jews were expelled from Kraców in the 15th Century they resettled in a prescribed area of Kazimierz which over time became home for Jews fleeing from persecution in other parts of Europe. 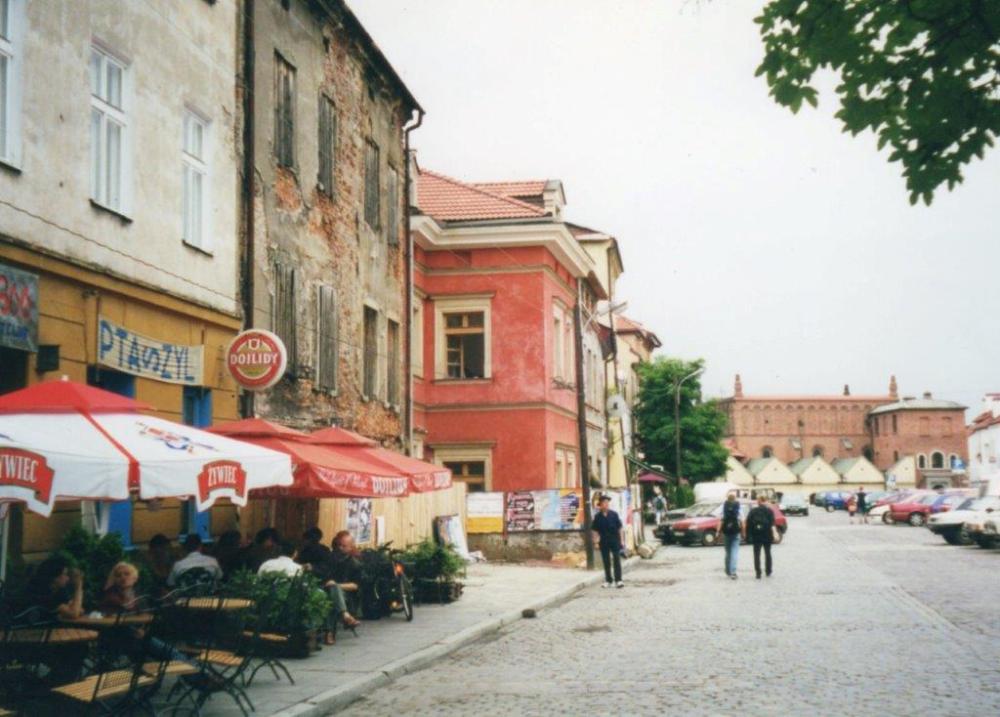 The town square of Kazimierz.
The Old Synagogue is at the end of the square. 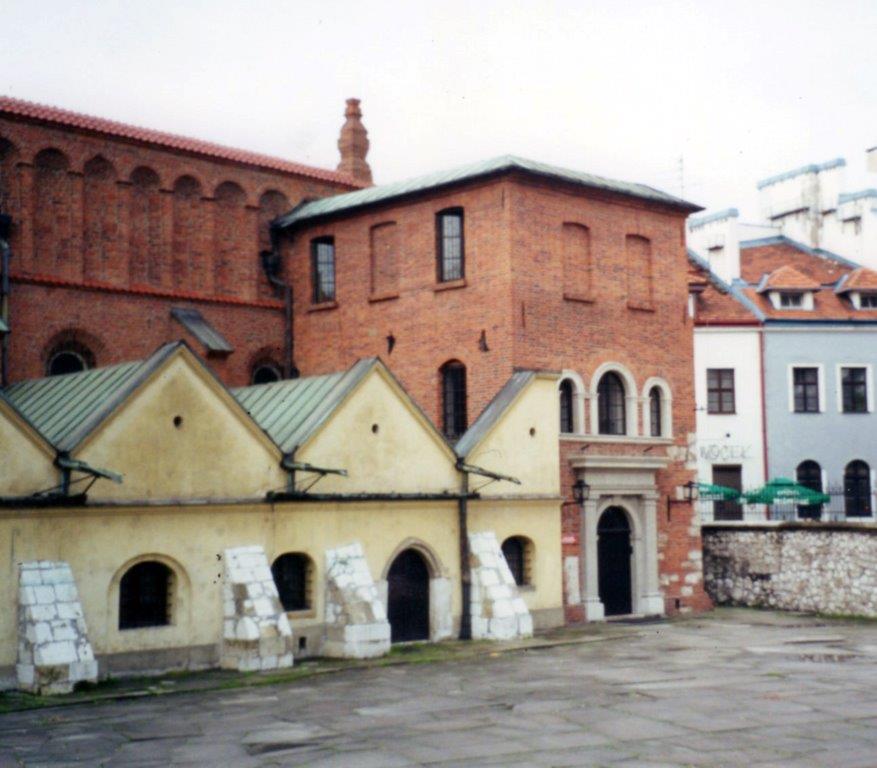 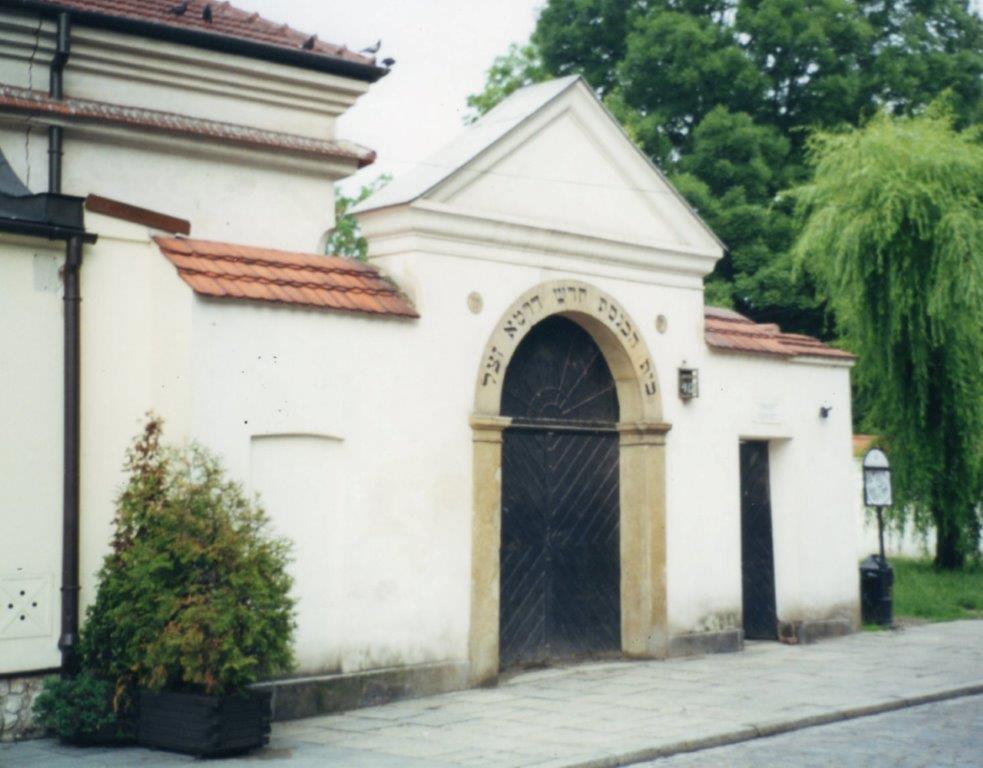 The 16th. Century Remuh Synagogue - the only one still used for religious services.
Renaissance gravestones are in the cemetery behind the Synagogue.
By the start of World War II there were 63,000 Jews in Kraców (about 30% of the city’s population) mostly living in Kazimierz.  When the Germans occupied Kraców Jews were at first confined to ghettos and then progressively murdered or sent to nearby concentration camps (such as Auschwitz and Birkenau) where they were systematically exterminated.
Some 1.5 to 2 million human beings (90% of whom were Jews) were killed in these death factories.
By the end of the 1940s the post-Holocaust Jewish population of Kraców was about 5900.
Photographs taken by George Repin in 2000. 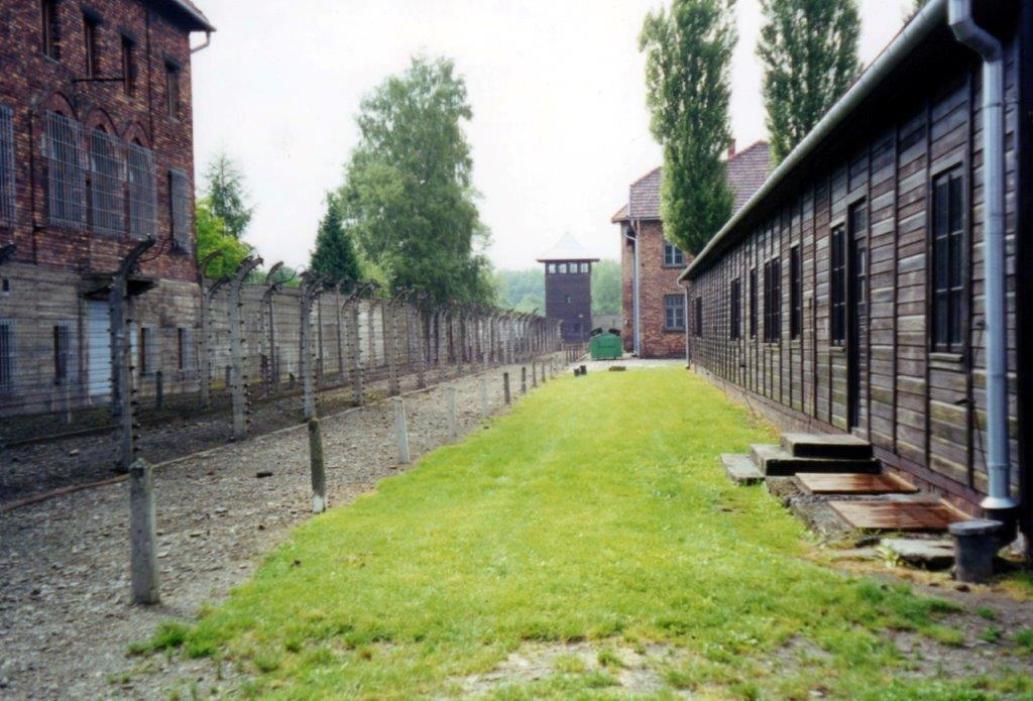 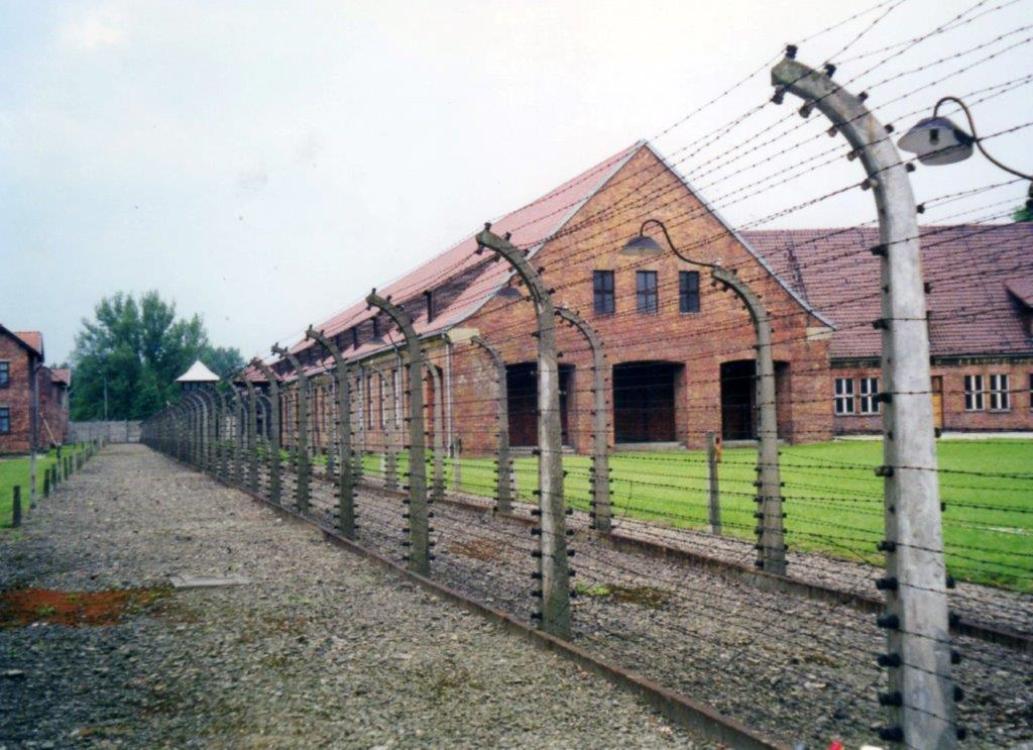