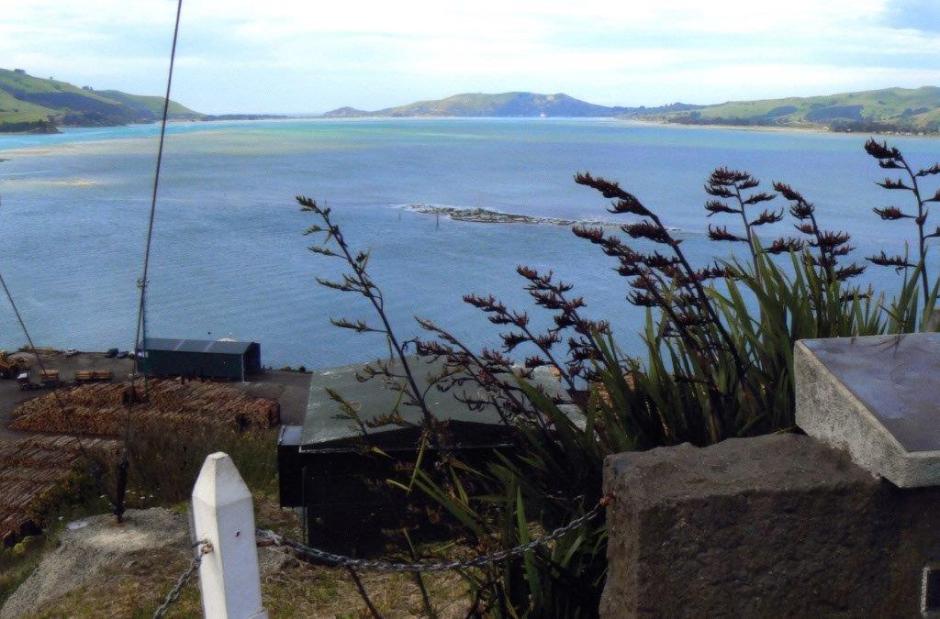 Ralph Hotere (1931–2013) was a New Zealand artist of Maori descent born in Mitimiti, Northland.  He is widely regarded as one of New Zealand’s most important artists. His work is represented in every major public and private collection in his country as well as in art museums in other parts of the world.

As a painter, sculptor and collaborative artist Hotere reacted to social and environmental issues through his work.

While not well known in Australia some Australians may remember seeing, when arriving at Auckland International Airport, the mural the Airport commissioned Hotere in 1977 to create in response to the theme of long-distance air travel and arrival. It was the longest public painting produced in New Zealand, being 18 metres long.  Originally titled The Flight of the Godwit it welcomed travellers arriving at the airport.  When the terminal building was redeveloped in 1996 the mural was purchased by the Chartwell Trust and placed, with the cooperation of Hotere, at the Auckland Art Gallery.  The artist then renamed it Godwit/Kuaka.

“While the mural honours and recalls the flight undertaken by the migratory eastern bar-tailed Godwit it sets up a metaphor in which the bird’s annual return represents our own travels and homecomings.”  From OUTPOST – blogs from staff and friends of the Auckland Art Gallery Toi O Tamaki

In 1961 Hotere gained a New Zealand Art Societies Fellowship studying in England, France and other parts of Europe returning to New Zealand in 1965.  He finally settled in Dunedin in 1969 when he became the University of Otago’s Frances Hodgkins Fellow.

At one stage he went through a period when black was a major element in his work.

Hotere had a studio on land at the tip of Observation Point the large bluff overlooking the Port Chalmers container terminal.  Port Chalmers is the port for the city of Dunedin.  When the port’s container terminal and facilities were enlarged in 1995 part of the bluff was removed, including the area where the artist’s studio was located. Sculptures by noted New Zealand modern sculptors, which had been displayed in the studio, had to be removed and stored.

In 2005 the Hotere Foundation Trust with the assistance of Port Otago Ltd developed the Hotere Garden Oputae on the bluff and returned some of the sculptures to their previous home at Observation Point fulfilling the wishes of Ralph Hotere. Photographs, with titles, of some of these sculptures accompany this article.

In 1994 Ralph Hotere was awarded an Honorary Doctorate from the University of Otago and in 2003 received an Icon Award from the Arts Foundation of New Zealand.

In the New Year Honours 2012 Hotere was appointed to the Order of New Zealand for services to New Zealand.

Pictures by George Repin in January, 2012 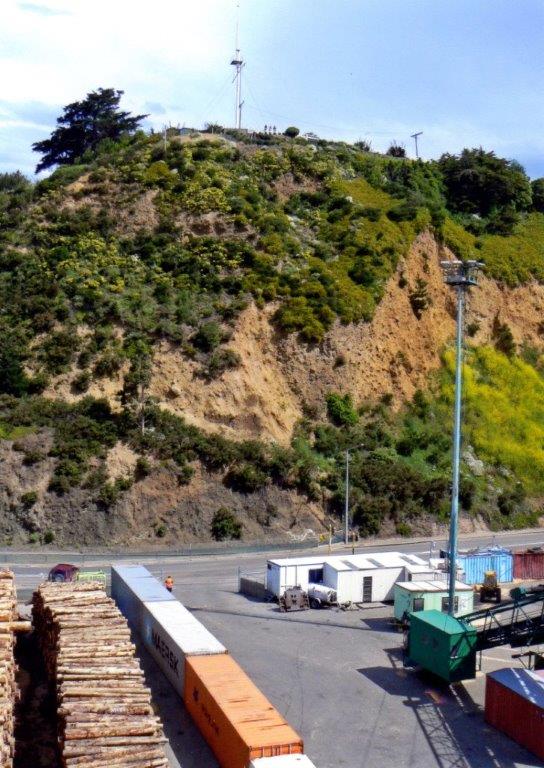 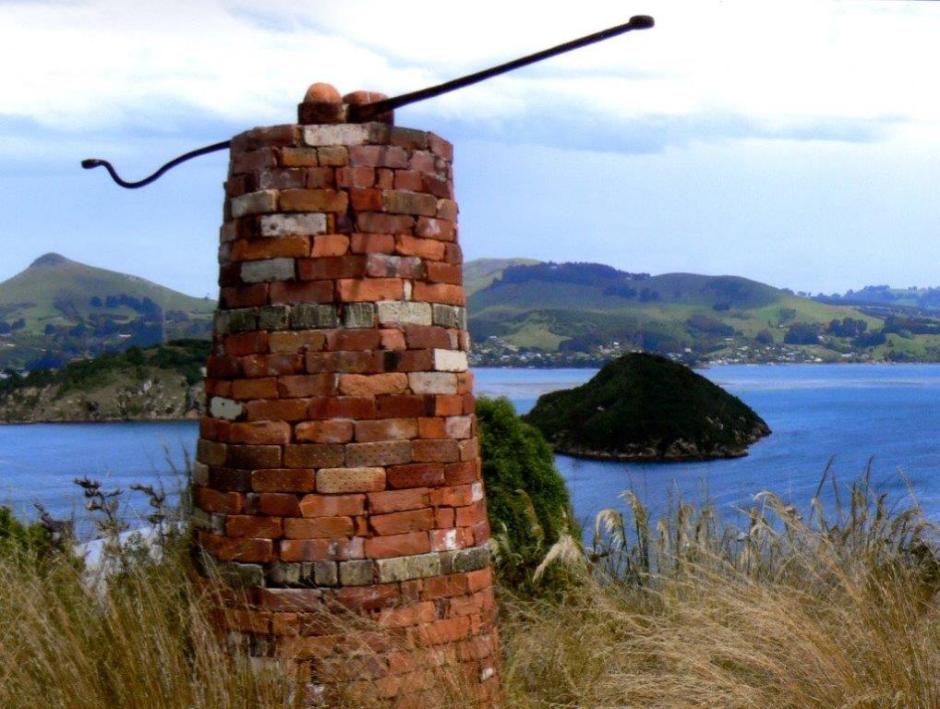 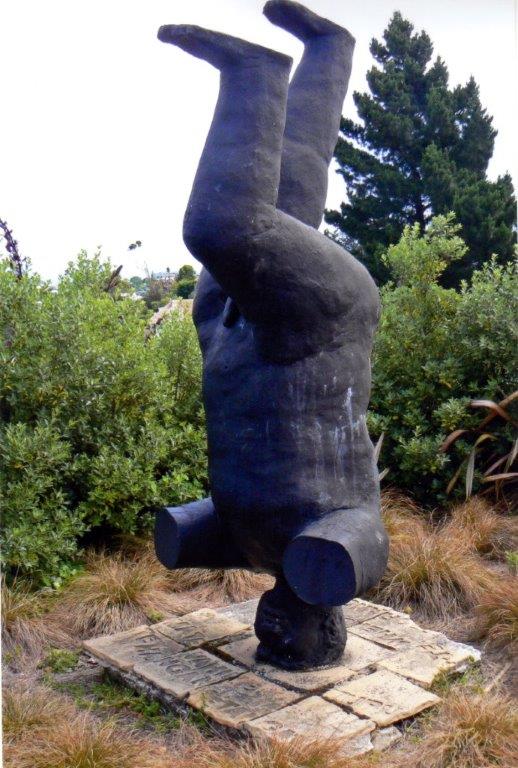 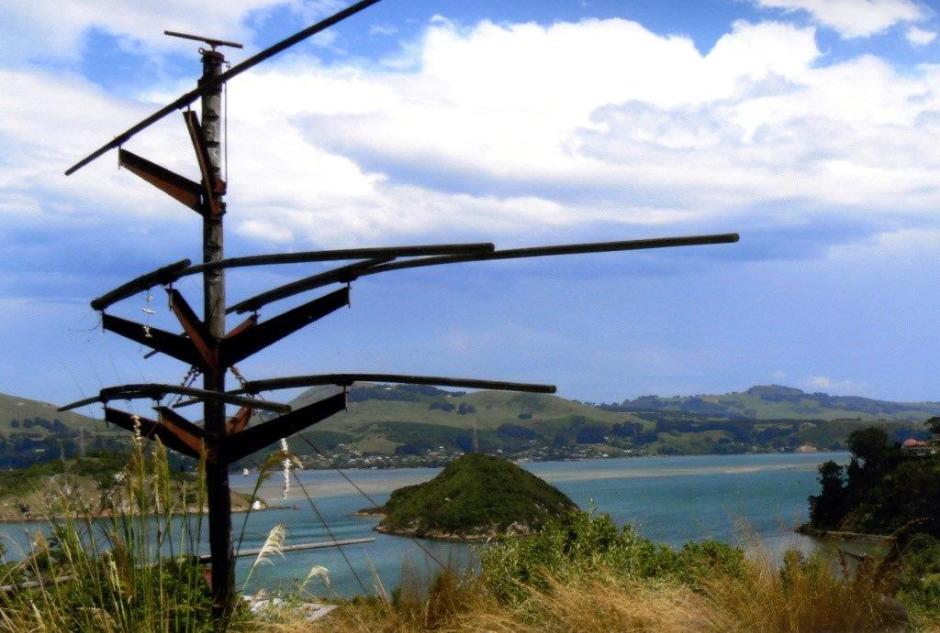 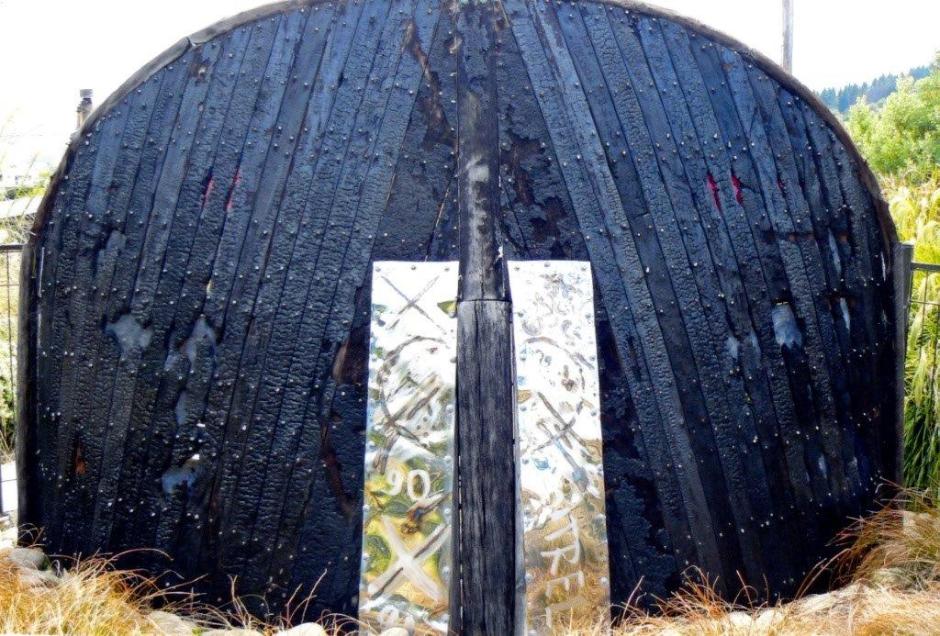