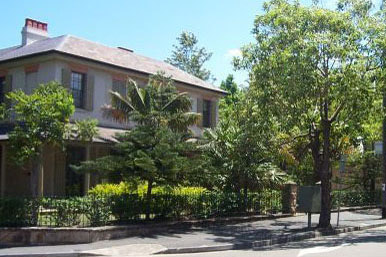 Durham Hall: Home of the Royal College of Pathologists of Australasia 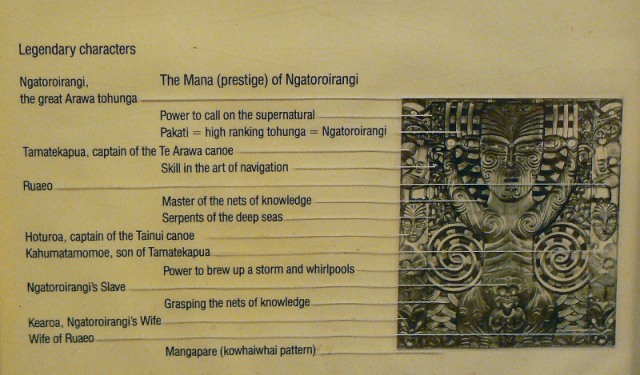 Key to the details of the Maori carving

An attractive lovingly restored Georgian two storied building, Durham Hall, believed to be the oldest surviving residence in Surry Hills, stands on the south side of Albion Street just before it ends at Flinders Street. In 1979 it was classified as a Heritage Building by the National Trust.

Built in 1836, the original building was constructed of sandstock bricks on a sandstone foundation and was stuccoed.  The roof was Welsh slate. Its owner was George Hill, the son of convict parents who acquired large land holdings on the Murrumbidgee River.  Hill was a successful publican and butcher who was elected to the first Sydney Municipal Council, later becoming Mayor in 1850, and in 1848 was elected to the first Legislative Council of NSW. He died in 1883.

The stables and coach-house were separated from the house when Nicholls Street was cut through on the west of the building.

From 1923 the building was occupied by a German social club, the Concordia Club, which was closed at the start of World War II.  In 1943, because of the substantial presence in Sydney of American military personnel it was commandeered for use by the American Red Cross as a separate recreational facility for African-American servicemen under the requirements of the then US colour segregation rules.  It officially opened in December, 1943 as the American Coloured Servicemen’s Club but became known as the Booker T Washington Club and soon was recognised as one of the few authentic jazz venues in Sydney.  A commemorative plaque placed on the north wall in 1995 recognises this phase of the building’s history.

After a period of neglect, and damage by vandals, it underwent thorough and meticulous restoration in 1982 at the time when Durham Village, a block of 75 dwellings, was built on the land behind, and overshadowing, it.  All of the twentieth century additions were demolished and the interior reconstructed.

The building now houses the Royal College of Pathologists of Australasia which was fortunate to acquire it after a restaurateur forfeited his deposit on a proposed purchase.  After a year of effort, he had been unable to obtain permission from the City Council and the NSW Heritage Council to convert the building for use as a restaurant, primarily because of inadequate parking facilities.  In the meantime the College was forced to move from its premises in Windmill Street in the Rocks and, after imposing a levy on its Members and the launch of a special appeal, moved into its new home in April, 1984.

One of the treasures moved from Windmill Street to the new College premises in Albion Street was a Maori carving presented to the College by the Fellows in New Zealand to mark the occasion of the official incorporation of New Zealand in the title “Royal College of Pathologists of Australasia”. (The College was originally registered in 1956 as “The College of Pathologists of Australia” and in 1970 was granted permission by the Queen to use the prefix “Royal”.)  It was unveiled at the Opening Ceremony of the Silver Jubilee Meeting of the College in October 1980. It is a significant feature of the room in which the Council of the College meets. It tells the story of the migration of the Arawa people from Hawaiki, the nebulous homeland of the Maori to the land of Aotearoa, now called New Zealand. A plaque adjoining the carving sets out the story in detail and includes an explanation of the Legendary characters.

In 1996 the College was running out of space.  When Taylor’s Restaurant, which was operating in what had been the stables and coach-house of Durham Hall, closed, the College bought the premises and was able to bring together the grand residence with its former out-houses (although separated by a narrow street).

Durham Hall is a heritage gem – an oasis in a noisy and busy part of Sydney.