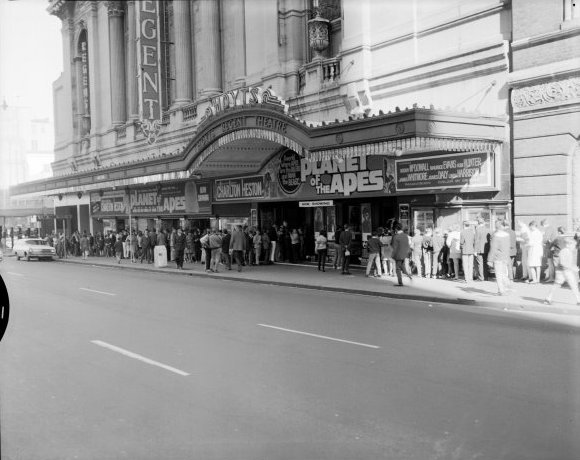 In Text (top to Bottom): Elaborate Staircase at the Regent, Wurlitzer at Captiol Theatre, State Theatre interior, from; http://www.sydneyarchitecture.com/cbd/cbd3-008.htm 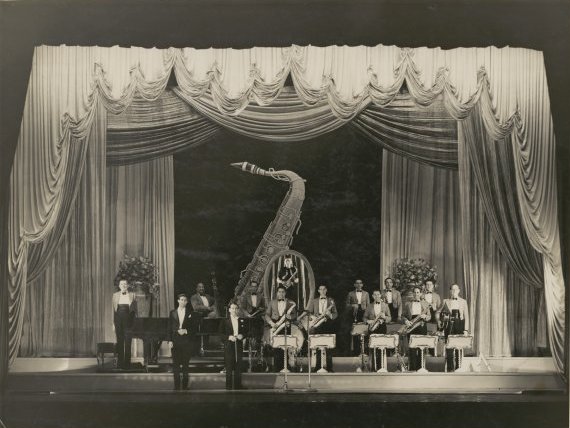 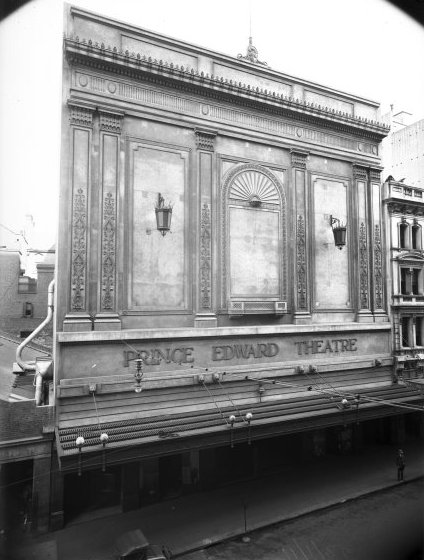 Saturday Night at the Movies
by George Repin

Today new films are shown not only in the city but simultaneously in regional centres and in the suburbs, but in those days first release movies had their first “exclusive” screenings in one of the many elegant cinemas in the heart of the city of Sydney.  The theatres were large, elaborately decorated and often, in addition to the feature movie, provided musical entertainment. The St. James in Elizabeth Street next to the main David Jones store showed only MGM films.  It featured an orchestra conducted by a Russian violinist called Gregori Ivanoff.  At the start of the show the orchestra played an overture and later, after the newsreel and one or more short films, provided a musical interlude before the Intermission, after which the feature film was shown.  At the Regent in George Street the conductor was an Argentinian, Daniel Mas.  Other theatres boasted Wurlitzer organs.  Older readers may remember the Plaza, the Mayfair, the Lyceum and the Prince Edward.   The latter, between Castlereagh and Elizabeth Streets near Martin Place, featured Paramount films. 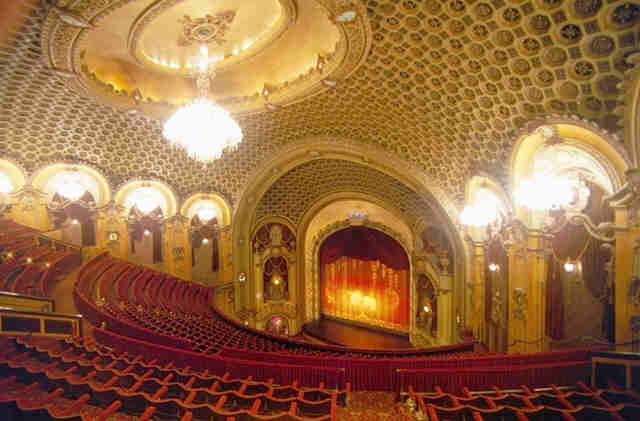 The State Theatre which survives in Market Street and the restored Capitol Theatre in the Haymarket give some idea of the elaborate, often lavish decoration of the movie houses which contributed to the atmosphere and the glamour of a “night out”.
The theatres were packed on Saturday nights.  Bookings were essential and often had to be made more than a week ahead to get seats, which were all numbered  The earlier you booked the better your chance of getting good seats.  Some people had permanent bookings for the first Saturday night of every new film in their favourite theatre.

Patrons could buy refreshments from “lolly boys” who wandered the aisles at Intermission carrying trays suspended across their shoulders by wide leather straps  -  some trays were loaded with sweets and boxes of chocolates (which young men bought for their girl friends)– while other trays were really insulated boxes containing  small tubs of ice cream kept frozen with dry ice.  Most of the in-theatre service was provided by Cahill’s Theatre Services Pty Ltd, one of the companies associated with the Cahill family who at that time operated a chain of well-known restaurants in the city business district.

The “night out” often included dinner beforehand or supper after the show at one of the coffee shops which stayed open to cater for the theatre crowds.  The Repin’s Coffee Inns were particularly popular.  A lucky few theatregoers had cars in town, where parking was not a problem, but most had to keep their eyes on the time so as not to miss the last tram, train or ferry home.

With the coming of television the city cinemas lost their audiences and went into decline.  One after the other they closed and were demolished.  As they were in the central business district the land on which they stood had become more valuable for office buildings and shopping developments than for theatres.  The time of the grand movie houses had passed.