“FLIGHTSEEING” OUT OF ANCHORAGE ALASKA 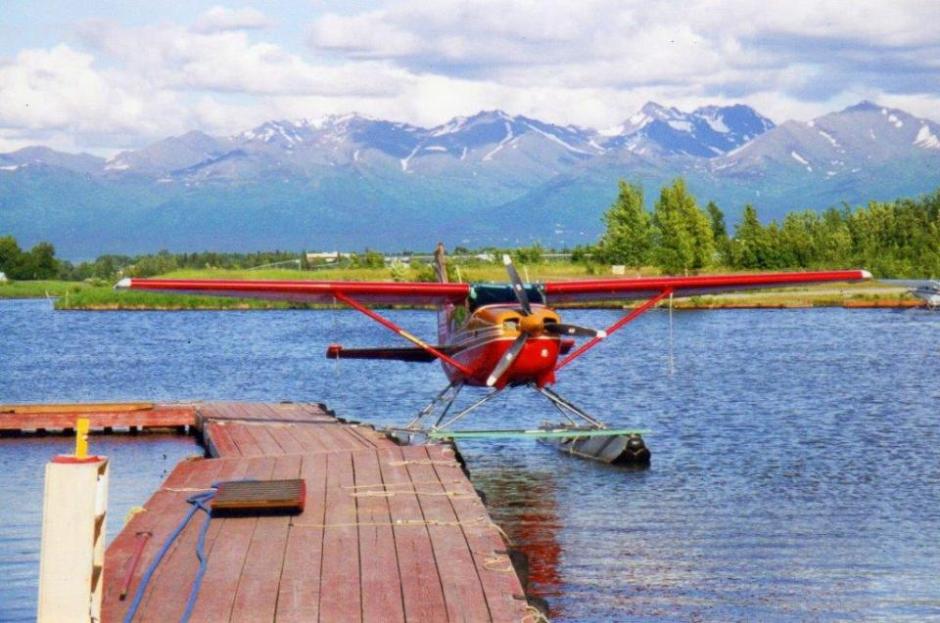 A float plane - the Alaskan workhorse.

“FLIGHTSEEING” OUT OF ANCHORAGE ALASKA

James Michener’s book Alaska, published in 1988, based on extensive historical and cultural research, provides a comprehensive overview of this fascinating area of the North American continent. It is a valuable, although somewhat overwhelming resource for anyone wishing to visit and to understand how and why Alaska is so different from the rest of the United States of America.

Few remember that Russia in the eighteenth century had a significant presence on the West Coast of North America not only in Alaska but as far south as what is today California.  The Russians vied for influence with England in the north and with Spain in the south.  It was the wealth provided by the valuable trade in fur pelts which attracted the Russians.

By the 1860s however the Russians were overextended.  The Napoleonic Wars, declining fur trade and the distance between the heartland of Russia and the settlement at Sitka in Alaska proved a financial drain. They approached the United States to sell Alaska several times but it was not until 1867 that William H Seward, the Secretary of State – with great foresight - signed a treaty to buy Alaska for $US7.2 million (less than 2 cents an acre). Seward was seriously criticised for his “folly” and the battle in the Senate to ratify the treaty lasted six months. The formal transfer of Alaska to the Americans took place at Sitka on 18 October, 1867 and Alaska formally became a U.S Territory in 1912.

In the light of today’s geopolitical realities it is interesting to speculate on the implications had a substantial Russian presence remained on the North American Continent.

Although Juneau is the capital of Alaska, Anchorage really is the heart of the state and the centre of the state’s commerce and financial communities. It is the hub of Alaska’s road system and home to almost half of the state’s residents.  There are more than twice as many state employees in Anchorage than in Juneau and it is to a large extent the centre of State and Federal government activity in Alaska.

Ted Stevens Anchorage International Airport is a refuelling stop for many international passenger airline services using great circle routes. It is within 9.5 hours by air from nearly 90% of the industrialised world and is the third busiest in the world for cargo traffic It is slightly further north than Oslo, Stockholm, Helsinki and St. Petersburg.

Adjoining the International Airport is the Lake Hood Seaplane Base – the largest such base in the world – servicing the Alaskan rural areas - “the bush” - for whom aviation has been the lifeline over the years.

Lake Hood is also the centre for Flightseeing, a major Anchorage tourist attraction.  Flights in small aircraft carry visitors over nearby snow covered mountains, snowfields, rivers, and glaciers. Wildlife seen from the air may include sea otters and seals. If weather conditions are favourable landings are made on lakes and passengers have the opportunity to get out on to pebble beaches. 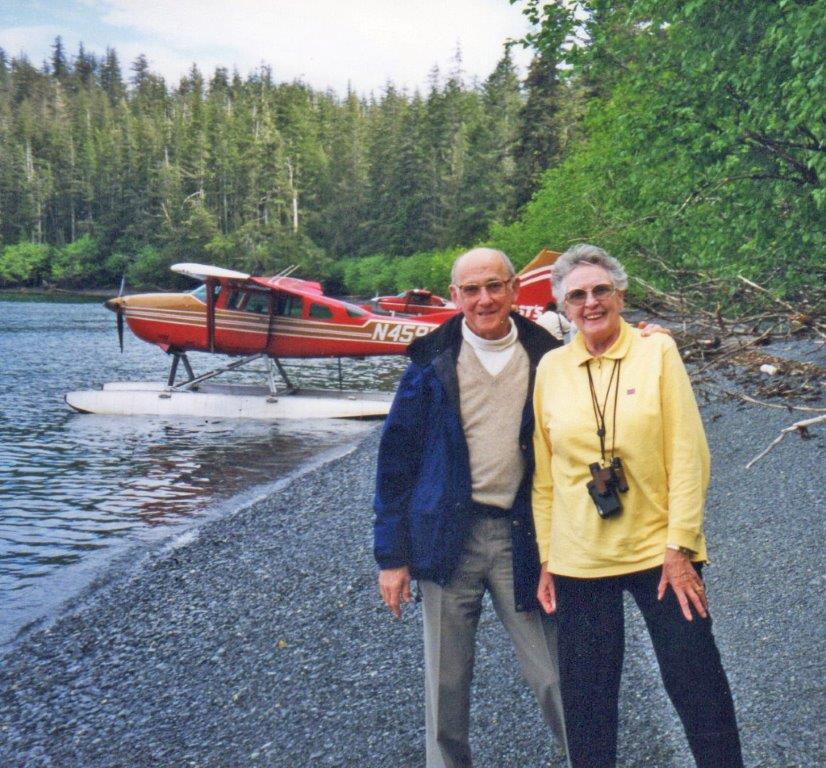 Happy tourists and their float plane 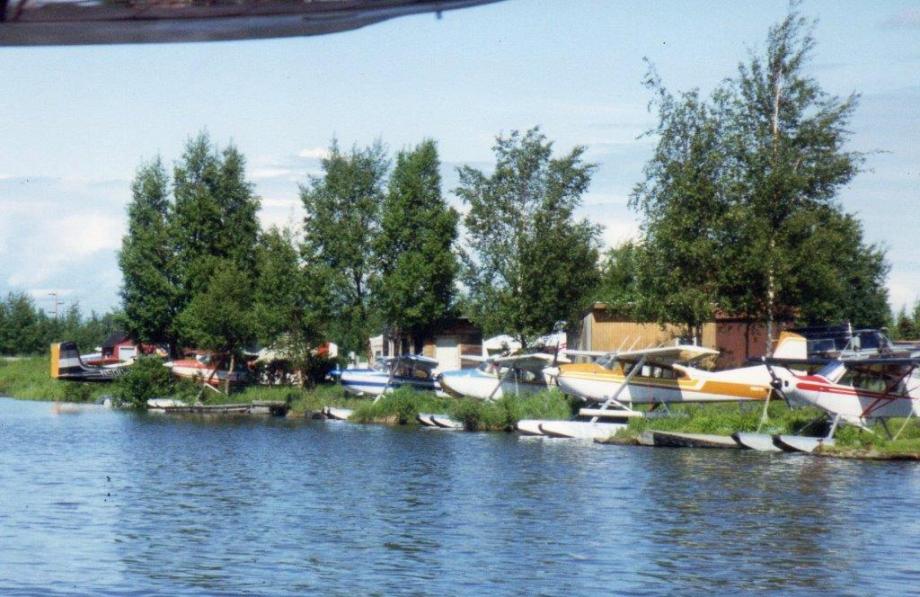 Float planes at the Lake Hood Seaplane Base

Photographs accompanying this article were taken in 1998 during a flight in a single-engine Cessna float-plane out of Anchorage. 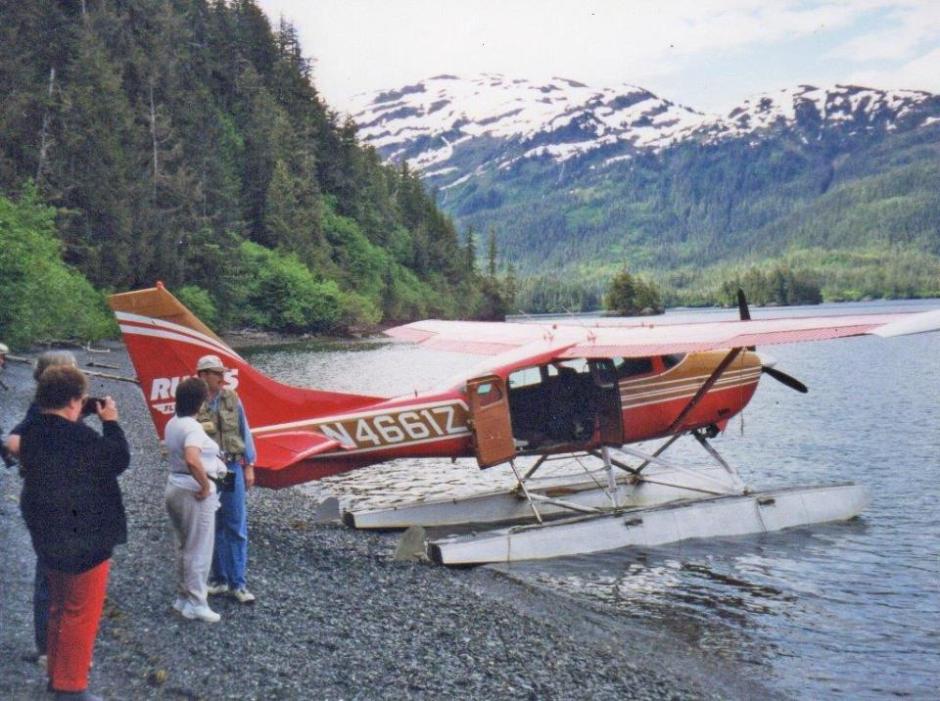 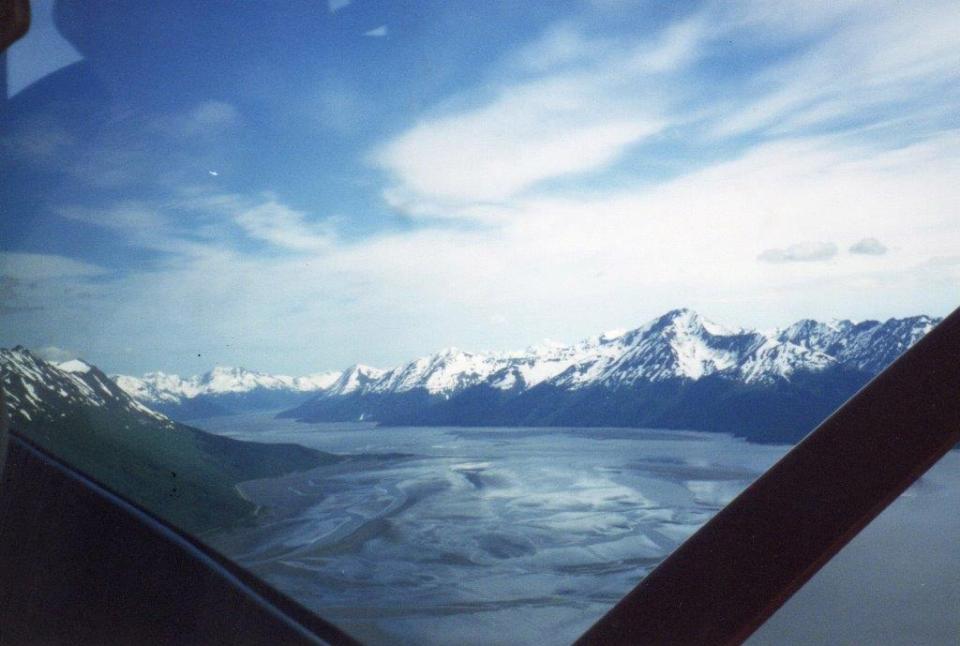 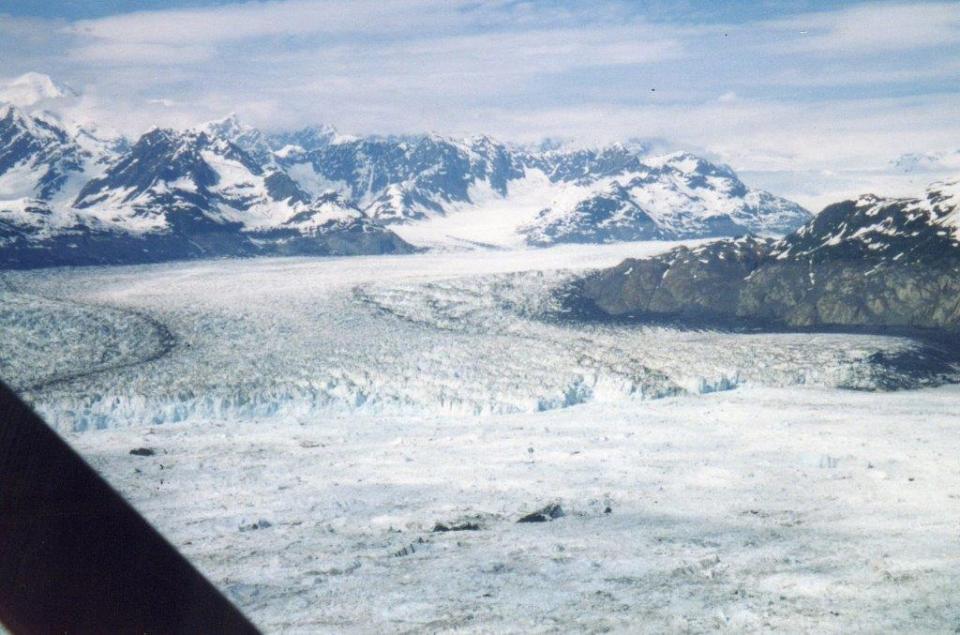 Leading edge of the glacier 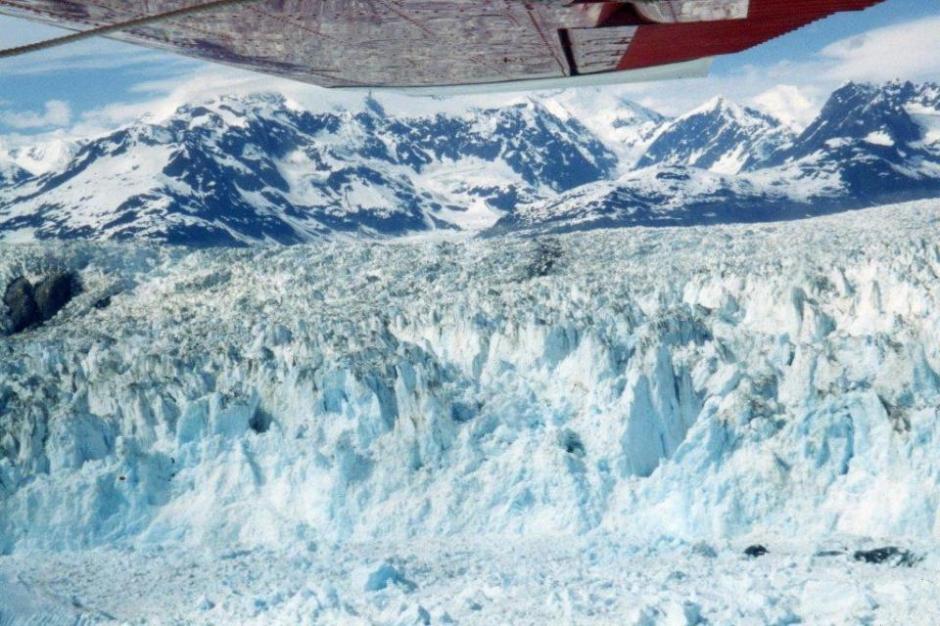 The "calving " edge of the glacier 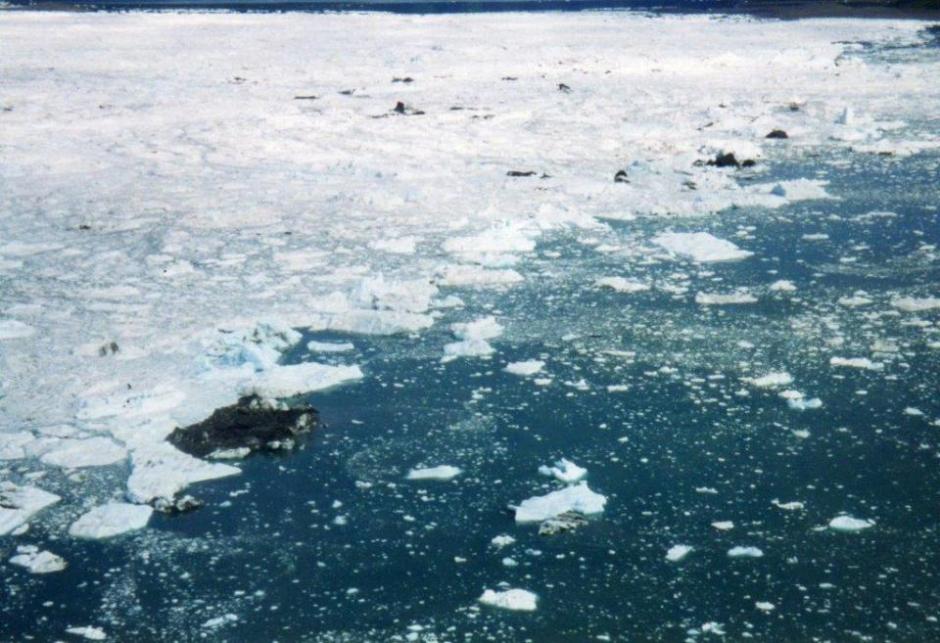 Icebergs "calved off" from the glacier

Panoramic view across a lake