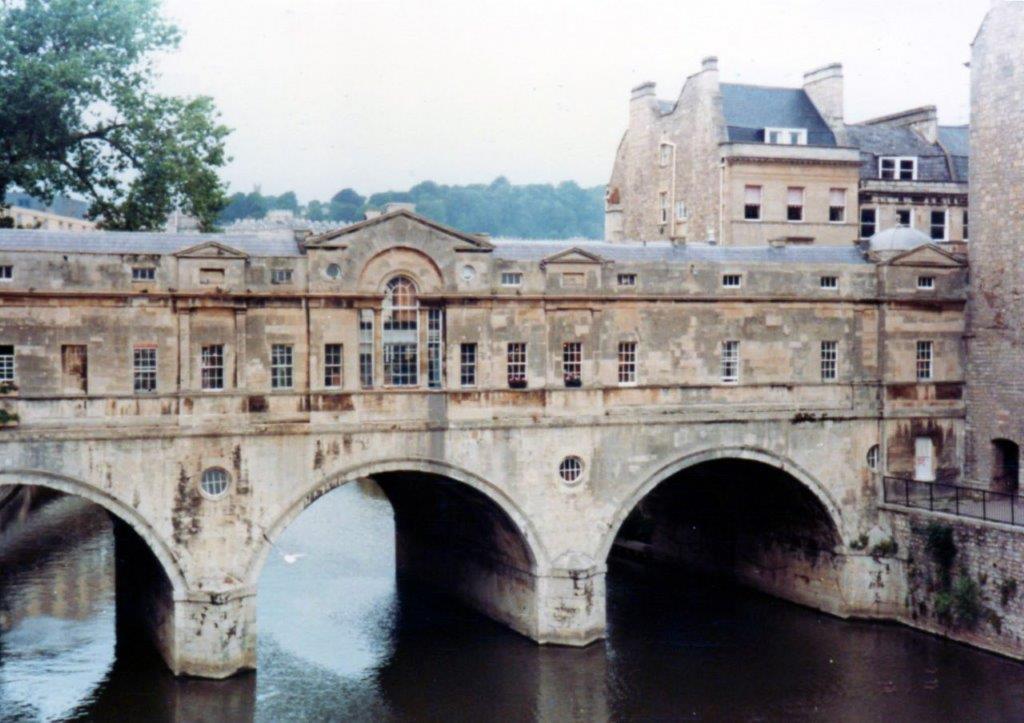 Pultenay Bridge - designed about 1770 - not only a means of crossing the river but also an arcade of shops.
BATH
by George Repin
The city of Bath, located on the River Avon in Somerset, 97 miles West of London became a World Heritage Site in 1987.  It is a popular destination for tourists who are attracted by the restoration of the Roman Baths and the distinctive Georgian Architecture.  It is a famous spa, with the only hot springs in Great Britain.
Archaelogical evidence suggests that the site of what became the Roman baths’ main spring may have been a shrine of the Britons and dedicated to the goddess Sulis.  After the Roman invasion, because the Romans identified the goddess Sulis with Minerva, they called the town Aquae Sulis(literally “the waters of Sulis”).  A temple was built in 60-70 CE and a bathing complex constructed.  Engineers drove oak piles into the mud to provide a stable foundation.  The baths fell into disrepair after Roman authority failed in the early 5th Century, silted up and were eventually lost, until rediscovered in 1879.  The baths are about 6 metres (20 ft.) below the present city street level.  Excavations around the hot springs have exposed Roman foundations, pillar bases and baths. 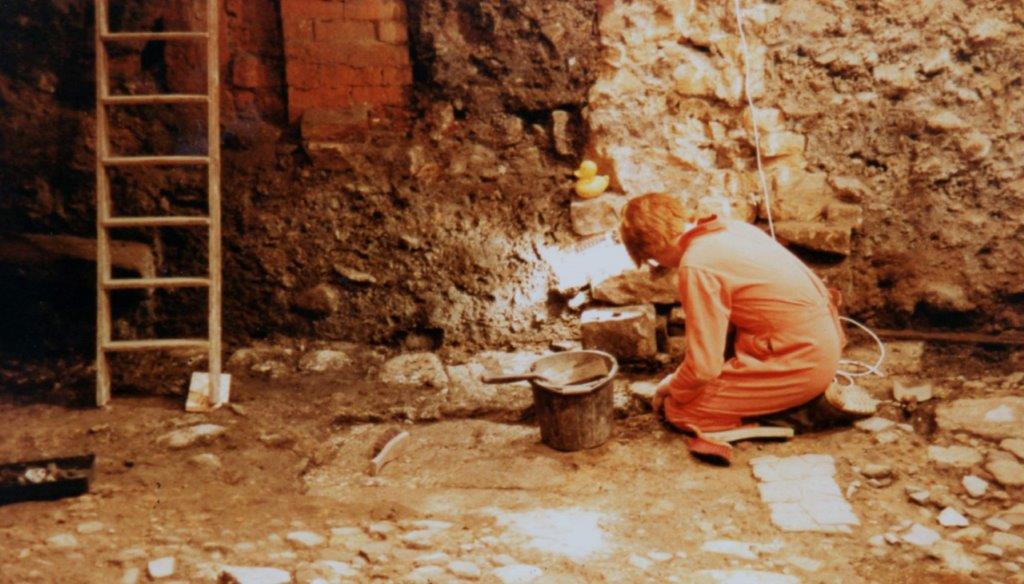 Working on the excavation of the Roman Baths 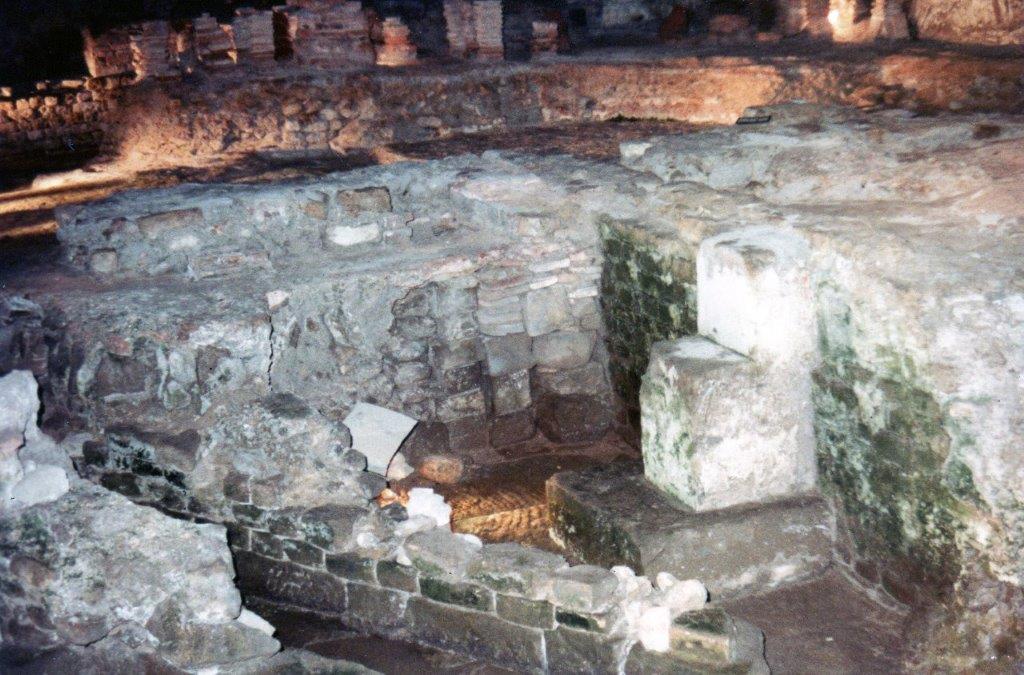 Excavation of Roman Baths in progress
However, long before the excavation of the Roman Baths, Bath was rediscovered by London society in the early 1770s and became a highly fashionable resort where the Georgian gentry would “take the waters”.
Gracious houses, sometimes set in sweeping curves, were built to accommodate them and the Old Orchard Theatre was opened. Most of the buildings were constructed using the local golden-coloured Bath Stone and many were designed by prominent architects of the day. |The dominant style was Georgian which had evolved from the Palladian revival style popular in the early 18th Century.
An outstanding example of the style is The Royal Crescent, designed by the younger John Wood, built between 1767 and 1774 – a curved row of 30 houses overlooking an expanse of lawn.  An interesting aspect of this building is that while Wood designed the impressive curved façade of what seem to be 30 houses with Ionic columns on the ground floor level,  that was his sole contribution.  Purchasers could buy a length of the façade and then employ their own architect to design the house behind their section of the façade.  In some cases what looks from the front like two houses is in fact only one.  The rear of the terrace is a mix of different window arrangements and roof heights.  House No. 15 was the fictional home of Sir Percy Blakeney, theScarlet Pimpernel in the novel of that name.  In the nearby “Circus”, where houses are set in a circle, the painter Thomas Gainsborough lived at No. 17 and Dr David Livingstone at No. 13.  Jane Austen lived in Bath in the early 19th Century. 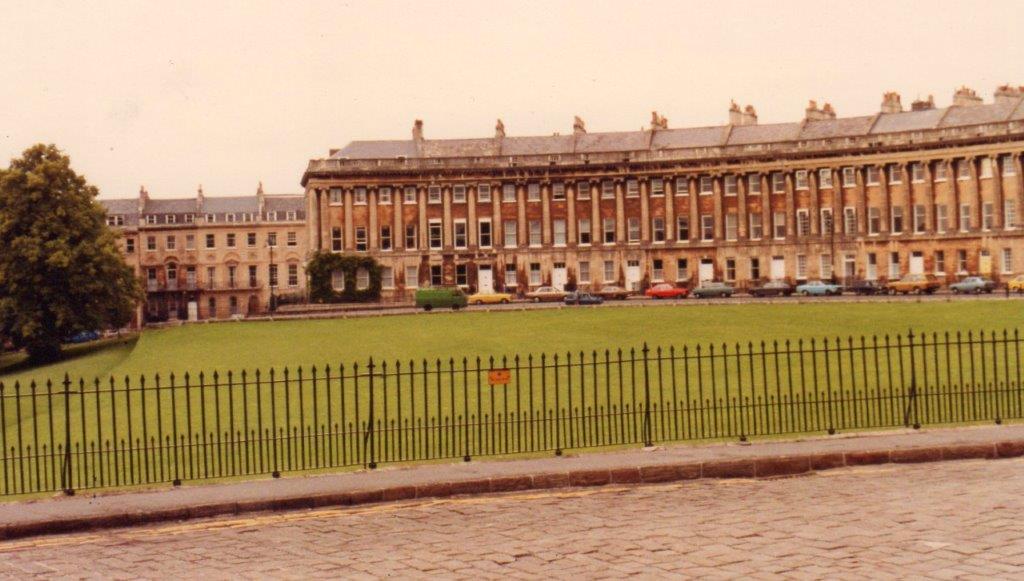 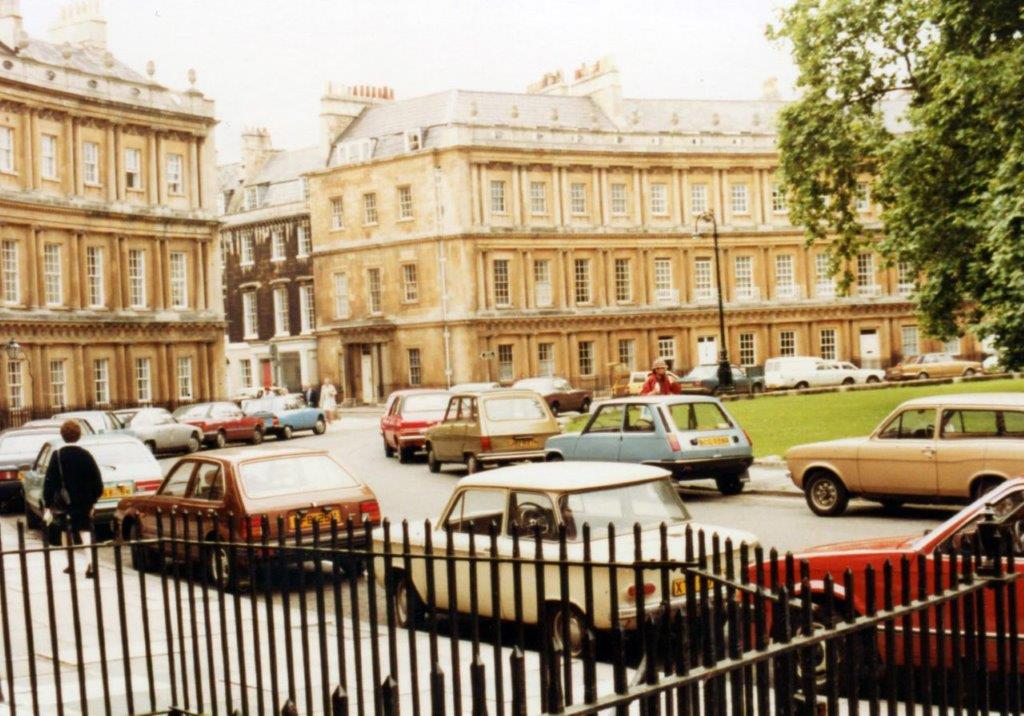 Houses on the Circus
As one guide book says “Bath is a delight to visit, beautiful to the eye and full of fascinating history “. 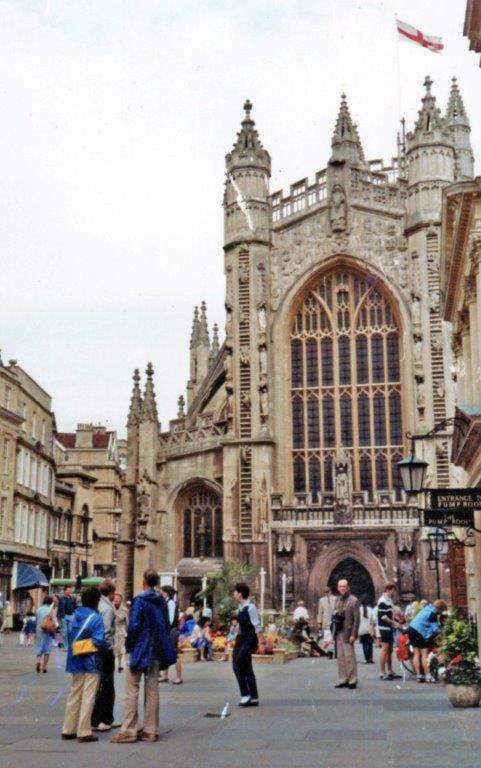 The Bath Abbey Church - sometimes called The Bath Cathedral. The present building dates from the 16th Century.
Photographs by George Repin in 1982. 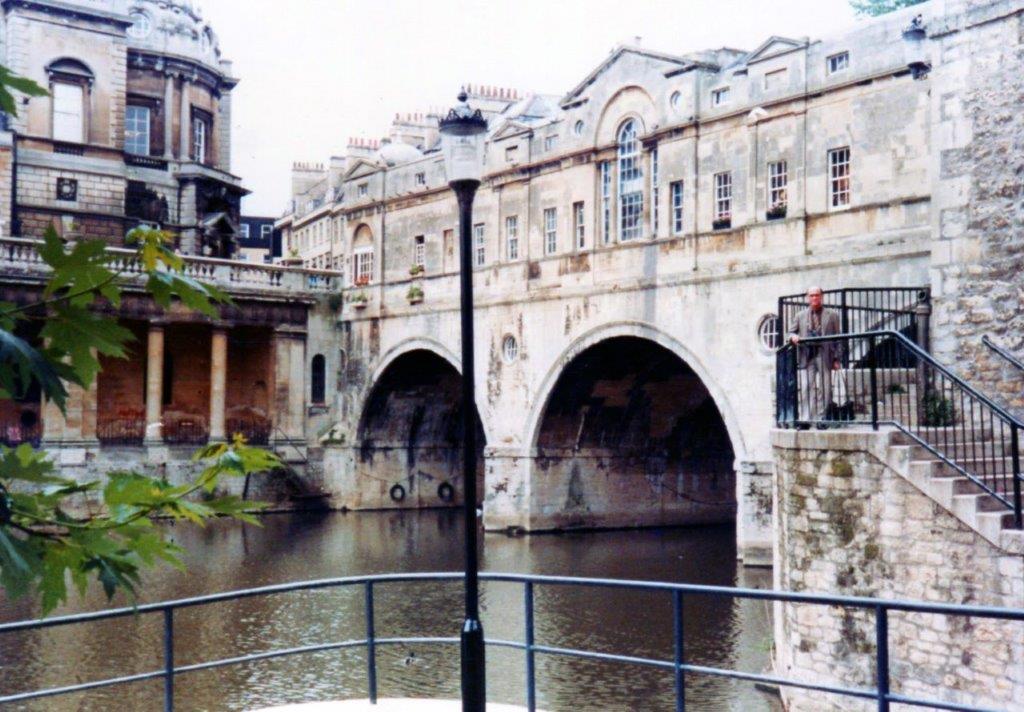 Pultenay Bridge from the other side 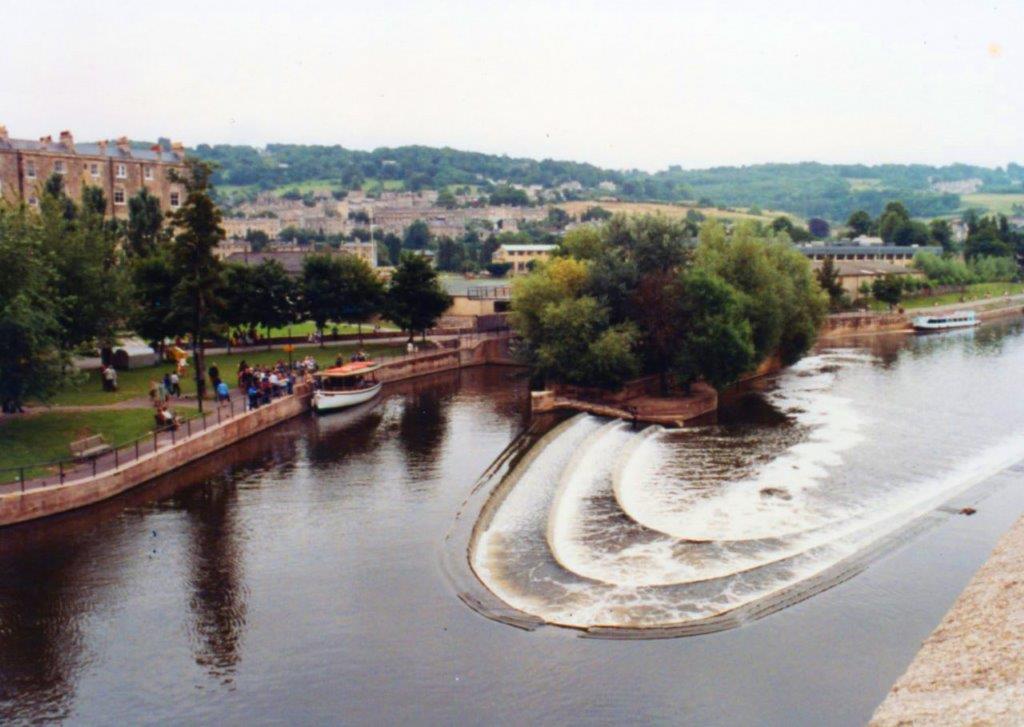