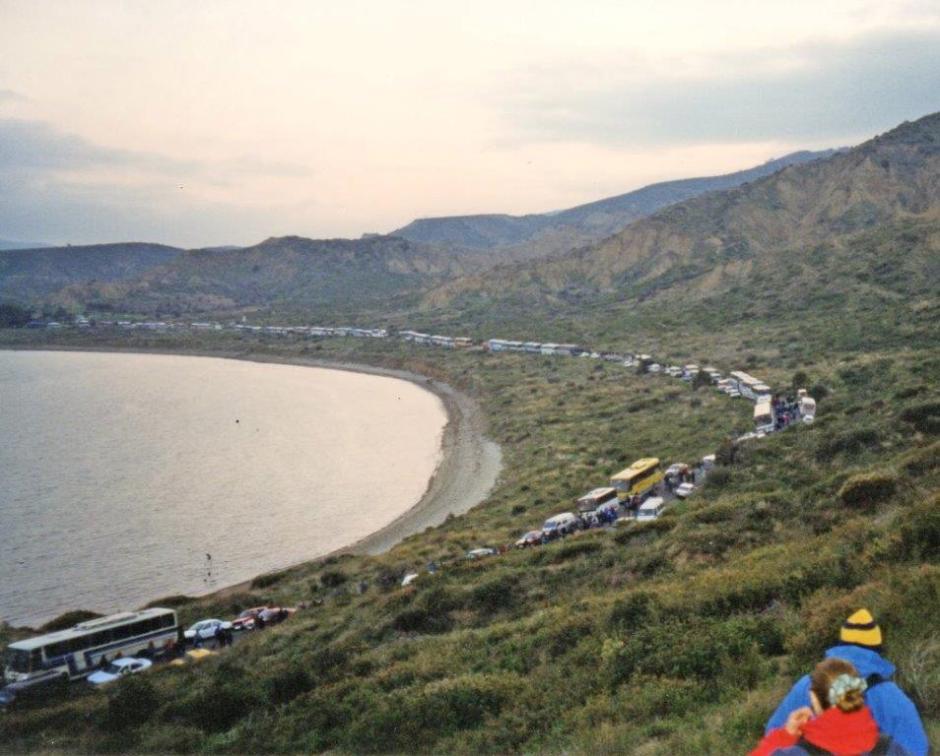 The vehicles in which many came for the Dawn Service.

My wife and I crossed the Dardanelles from Ḉanakkale in a small fishing boat at about four in the morning on 25 April, 1997. Travelling by car from Eceabat on the Gallipoli Peninsula we arrived at Anzac Cove (Ari Burnu) well before dawn, where many people were already gathered, predominantly young men and women who had braved the extreme cold. Some were in sleeping bags between the headstones while others huddled together in little groups relying on their duffle coats and beanies to keep them warm.  It was very quiet. The respectful silence was broken only by muffled conversations as they waited for the dawn and the dawn service that they had come to witness and be part of.

As the sky lightened, officials representing the countries which had contributed fighting men to the campaign started to arrive to take their place on the dais.  As Australians, New Zealanders and Turks were the first to fight and die in this place the representatives of their countries were prominent in the service and the formal addresses.  The silence of the assembled crowd was broken only by the cold wind blowing. At the end of the ceremony, the sounding of the Last Post was eerie as it reverberated around the Cove.

With the service over and the officials gone people moved on to visit other sites significant in the campaign and to attend services to mark the sacrifices of other nations – such as at Cape Hellas where the British landed and Chunuk Bair for the New Zealanders. Later, Australians would gather at the major service at Lone Pine.

Some of the younger enthusiasts decided to test themselves on the hill which had faced the landing troops (because of the mistake which had landed them in the wrong place). Unencumbered by a heavy rifle and battle gear they found the climb was not easy and unimaginable under fire.

In 1997 my wife and I were eighteen years younger – so we decided to attempt the climb ourselves.  We were deeply impressed by the friendliness and ready willingness to help shown by the young people around us.  While I was managing (just), my wife found the going difficult.  Young women and men nearby saw that my wife was struggling. They turned around offering their hands to her to get her over the next hump. They were a marvellous group of young people.  Ultimately we reached the top and looked back down the hill in awe and dismay at the extraordinary demand that had been placed on the young men landing at dawn on the beach below. 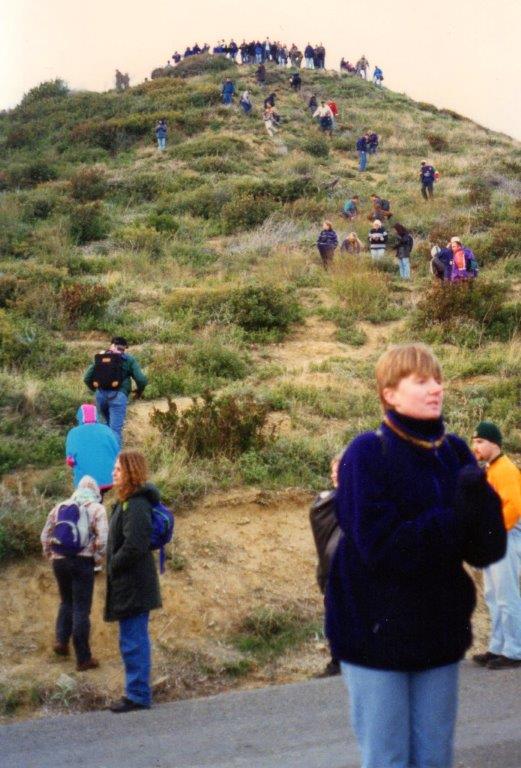 The hill behind Anzac Cove.

During our travels through Turkey later we frequently met groups of Australian backpackers.  Whenever the opportunity presented itself my wife and I asked them two questions, namely:

.Were you at the Dawn Service at Gallipoli? and if so

.Why did you go - and what were your feelings?

The answer to the first question was invariably YES.

The answer to the second question, although expressed in different ways, came down to this: the experience made them feel for the first time that they really were Australians.

Perhaps if Paul Keating could hear some of what these young people had to say his own attitude to visiting Gallipoli might change. 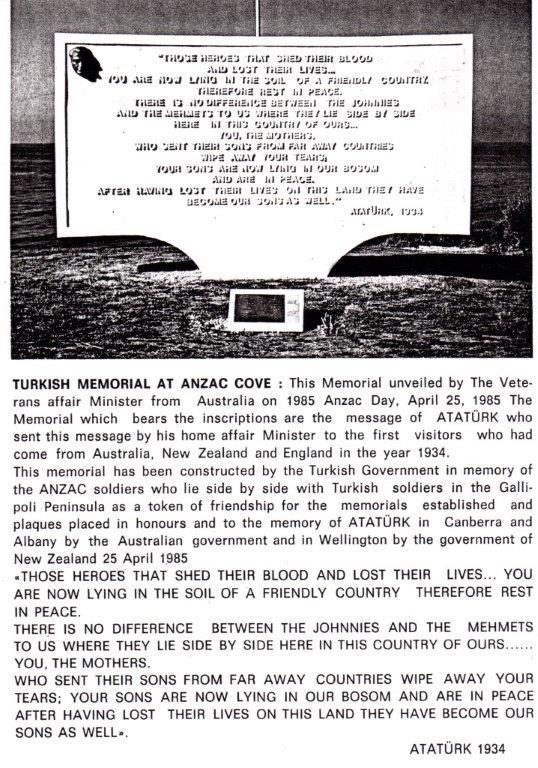 The Turkish Memorial at Anzac Cove. 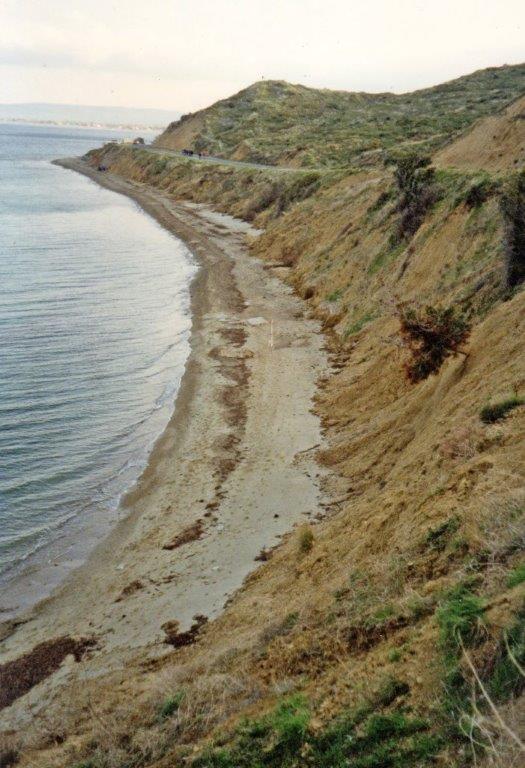 The beach to the south of Anzac Cove. 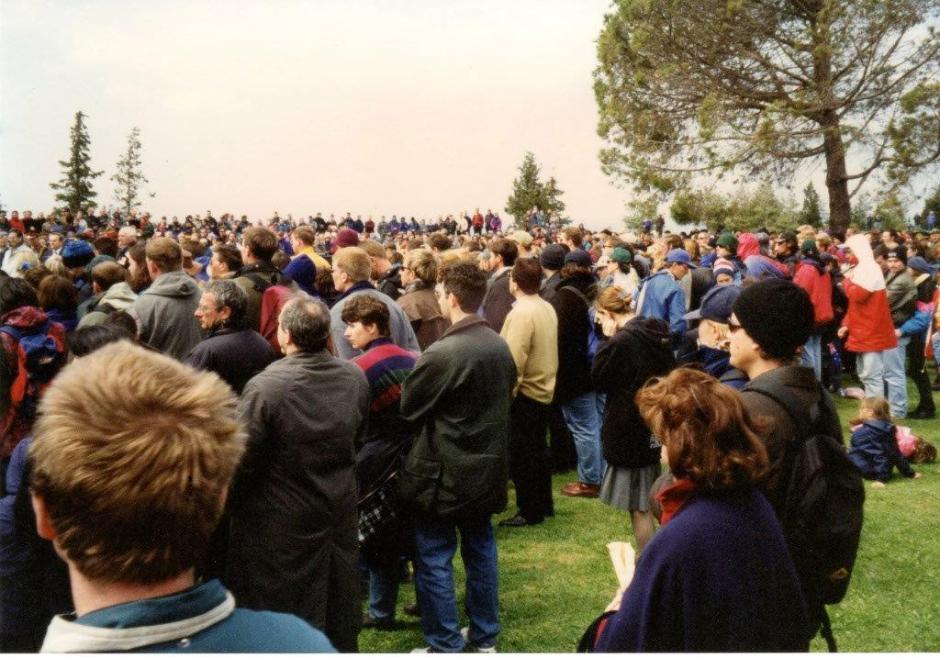 Part of the crowd at Lone Pine. 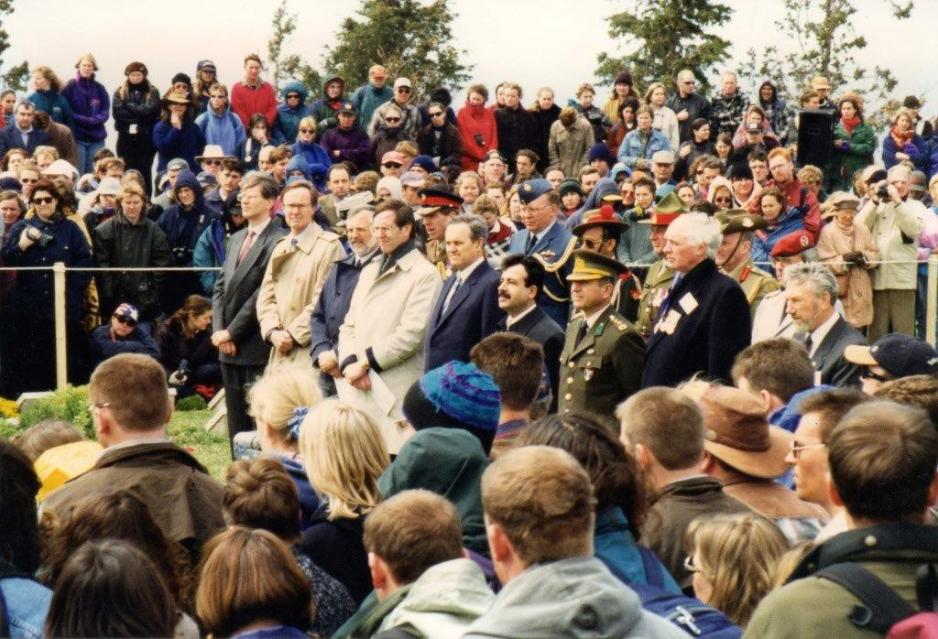 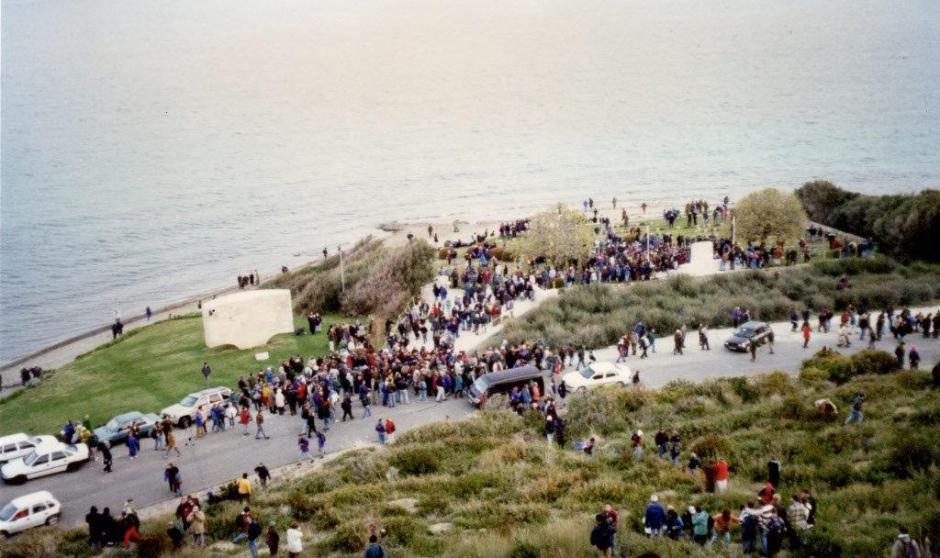 The crowd dispersing after the Dawn Service.

The Turkish memorial on the left. 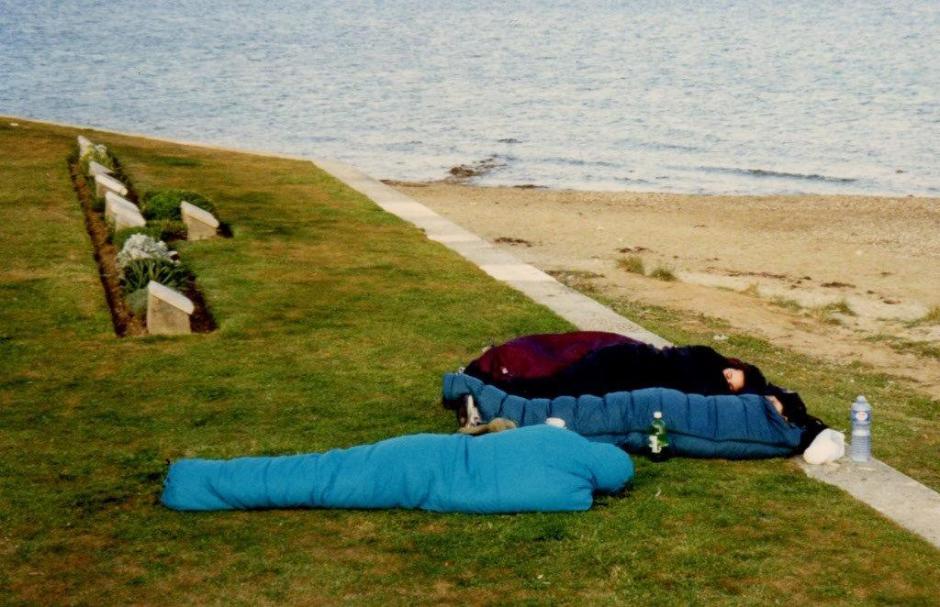 Catching up on sleep!