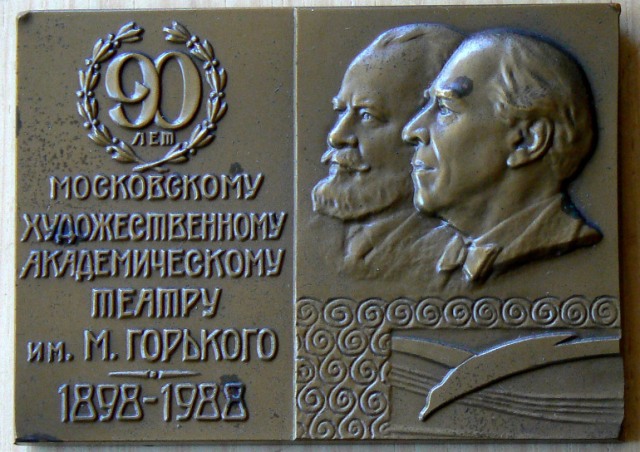 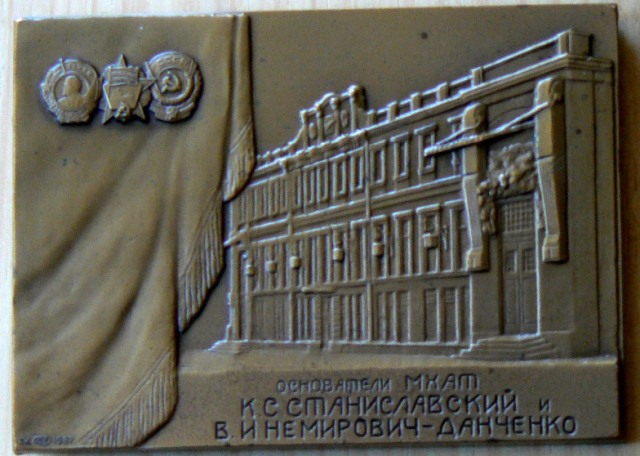 These are images of the two sides of the plaque marking the 90th Anniversary of the Moscow Art Theatre - the face with the two heads in bas relief and the obverse with the facade of the theatre. Photographs by George Repin. All Rights Reserved 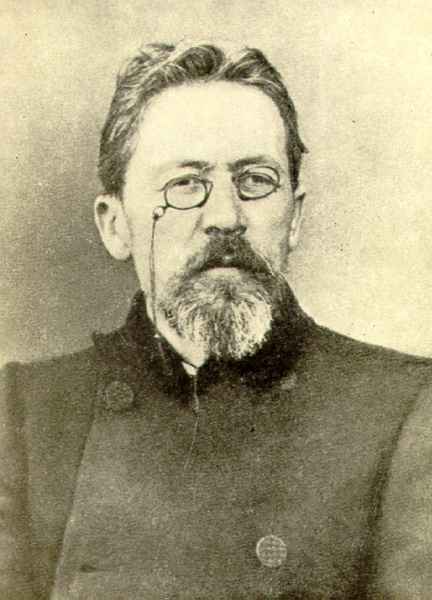 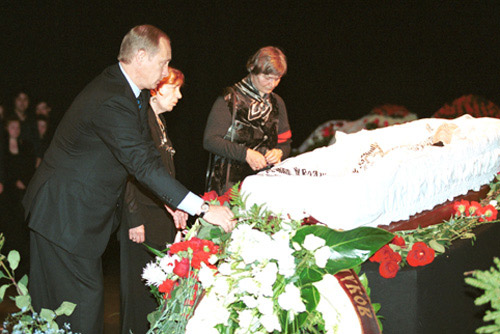 The Seagull at the Melbourne Festival in 1991
By George Repin

In the years immediately after World War II when J C Williamsons, the large theatrical entrepreneurs, were presenting local productions of popular American musicals, such as Annie Get Your Gun. Lovers of plays in Sydney looked to small amateur theatrical companies such as Bryant’s Playhouse, the Metropolitan Theatre, Doris Fitton’s Independent Theatre and the New Theatre League to satisfy their interest in live drama.

When outstanding overseas organisations brought their companies to Australia theatre-lovers, having the opportunity to see the excellent performances given by casts of well recognised professional actors, flocked to their shows.  In 1948 the Old Vic Theatre Company, sponsored by The British Council, toured Australia and New Zealand with Laurence Olivier and Vivien Leigh.  They staged three plays including Shakespeare’s Richard III in which Olivier’s acting was intense, powerful and memorable.  The other two plays were The School for Scandal and The Skin of our Teeth.

Over time, as local professional theatres developed, such visits became less frequent, usually with only one or two ‘stars’ as draw cards, supplemented by local actors.   Occasionally, however, there was an outstanding event sometimes associated with an artistic festival.  One such event was the appearance of the Moscow Art Theatre at the Melbourne International Festival in 1991 when Chekhov’s play The Seagull was presented in Russian with simultaneous translation, to rave reviews.

The Moscow Art Theatre (sometimes called the Chekhov Theatre) was established in 1898 by Stanislavsky (renowned for his new approach to acting technique based on the principle of “psychological realism”) and Nemirovich Danchenko.  The Seagull, as the theatre’s first successful production in 1898 has a close sentimental association with the theatre whose emblem includes a representation of a seagull.  To celebrate its 90th Anniversary in 1988 a commemorative plaque was struck showing on the face Stanislavsky and Nemirovich-Danchenko in bas relief with the theatre’s seagull logo, and on the obverse the façade of the theatre.

The Melbourne production of The Seagull was by Oleg Yefremov, the Chief Director of the theatre since 1970, in his second version that premiered in June 1980.  Yefremov was born in 1927 and at the time of the Melbourne production was President of the International Stanislavsky Centre, a People’s Deputy of the Soviet Union (representing actors`), artistic director of the theatre and himself a renowned actor having appeared in more than 100 roles on stage and screen.  He won the Melbourne International Festival’s Golden Pegasus Award for his production.  The following extracts from the SMH (18/09/91) give some indication of how the play was received:
“… a profound testament to Stanislvasky and his theatrical principles, and to Chekhov’s delicate integration of art and life on stage”;
“… Through scrims of transparent, dreamlike curtains, which lift and fall like ripples across a lake – Nina’s lake, the seagull’s lake – Chekhov’s vital, sad, lost people go about their lives, their faces dappled by the light and shade of the natural world around them”;
“… The acting from this ensemble is hardly noticeable, so superbly performed, so seamlessly integrated is it into the life of the play.  Here is a production which reveals that the dichotomy between art and life is unnecessary, that each informs the other and is vital to it, whose ultimate revelation is the human spirit”. 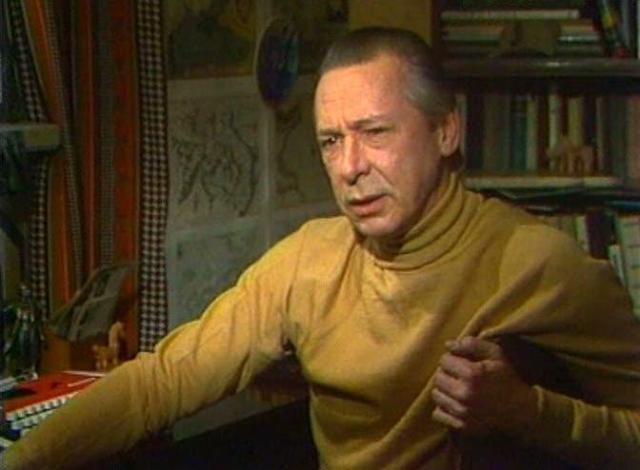 Yefremov died in 2000.  Vladimir Putin, at that time President of the Russian Federation, paid his respects at Yefremov’s bier. He is buried in a cemetery attached to the Novodevichy Convent in Moscow the last resting place of many distinguished Russians.  Within a few metres of his grave are those of Chekhov, Stanislavsky and Nemirovich–Danchenko.  Among the many other graves in the cemetery are those of Nikita Kruschev (buried here and not in the Kremlin walls because he was not in office when he died), the aircraft designer Ilyushin and the composers, Shostakovich and Prokofiev.