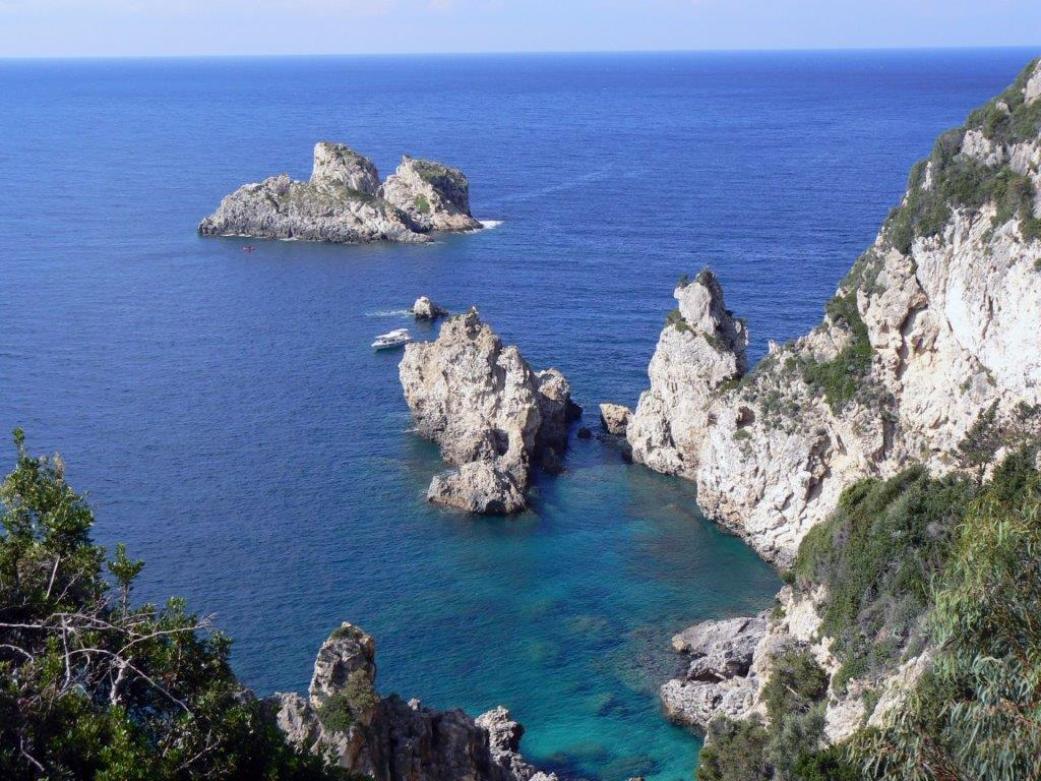 Corfu (Kerkyra in Greek) is the second largest of the Ionian Islands and, with its small satellite islands, forms the northwesternmost part of Greece. The principal city of the island is also called Corfu. 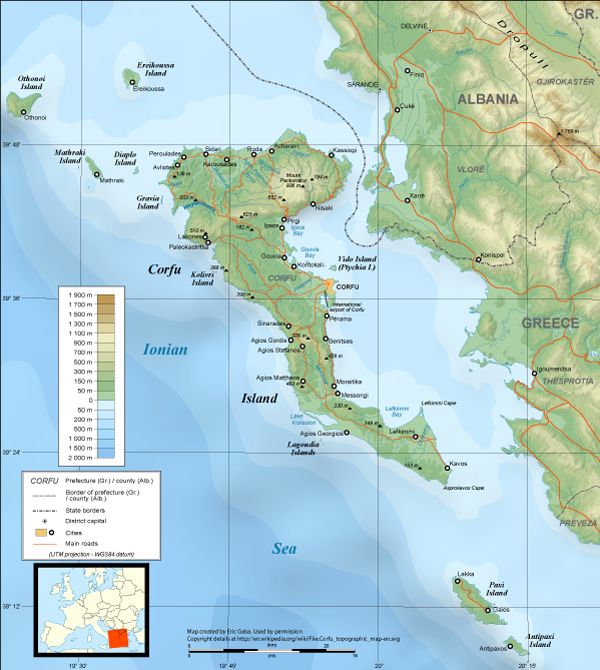 Map of Corfu and its satellite islands.
The history of the island abounds in battles and conquests closely associated with the history of Greece and even Greek mythology.
Medieval castles in strategic locations across the island are a legacy of struggles in the Middle Ages against invaders.
From 1386 Corfu was controlled by the Republic of Venice which, in 1401, acquired formal sovereignty which it retained until occupation by the French in 1797.
From medieval times and into the 17th century the island was recognised as a bulwark of the European States against the Ottoman Empire and became one of the most fortified places in Europe.  Remaining in Venetian hands, from 1401 to 1797 it was several times attacked by naval and land forces of the Ottomans and subjected to sieges in 1537, 1571, 1573 and 1716. Each time the strength of the city defences comprising powerful Venetian fortifications and old Byzantine castles (in Angelokastro,  Kassiopi,  Gardiki and elsewhere) ensured that the invaders were driven off.
Venetian castle engineering proved itself against considerable odds. Corfu was one of the few parts of Greece never conquered by the Ottomans.
Corfu fell to Napoleon in 1797. In 1815, after Napoleon’s downfall, the islands became a British Protectorate.  British rule was oppressive but did much for the infrastructure.  Bridges, schools and hospitals were built and agriculture and industry were developed.
The British also introduced the game of cricket.
Britain relinquished its control, and unification with Greece was concluded, in 1864 under the Treaty of London.
The city of Corfu stands on the broad part of a peninsula ending at the Venetian Citadel (Palaio Frourio, Old Fortress) with the Doric style St. George’s Church at its foot. 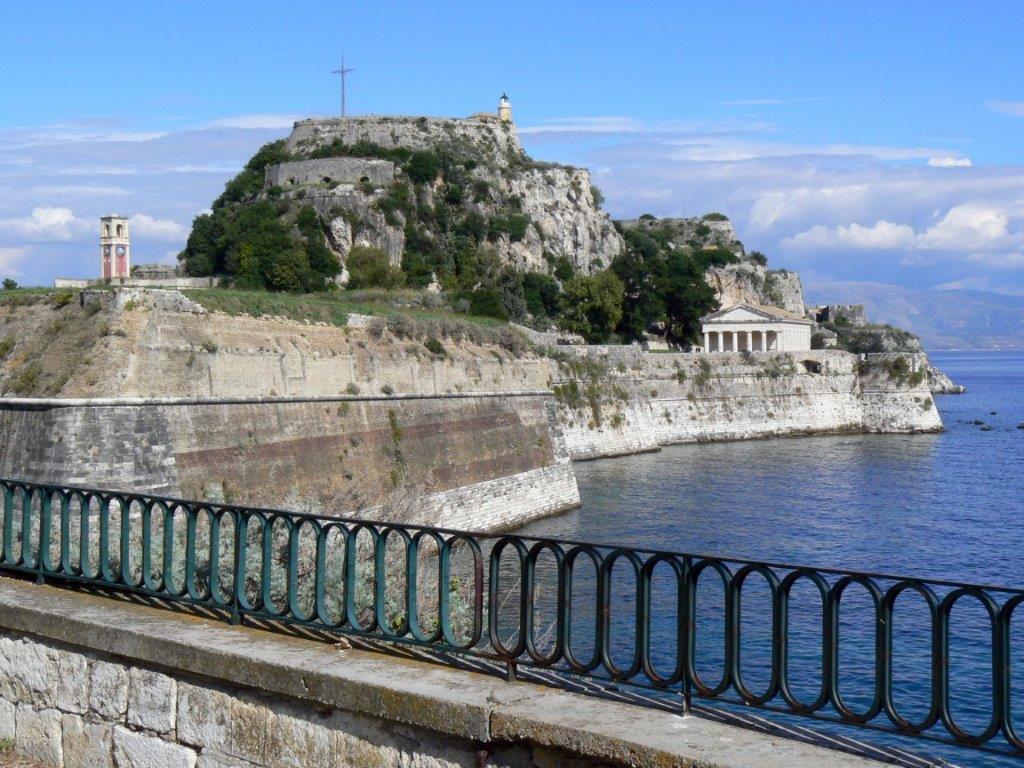 Palaio Frourio - the "Old Fort" with the Doric style St. George's Church, built by the British, on the right.
On the northeastern part of the city a huge complex of fortifications (Neo Frourio, New Fortress) guards the Old Town on the other side. 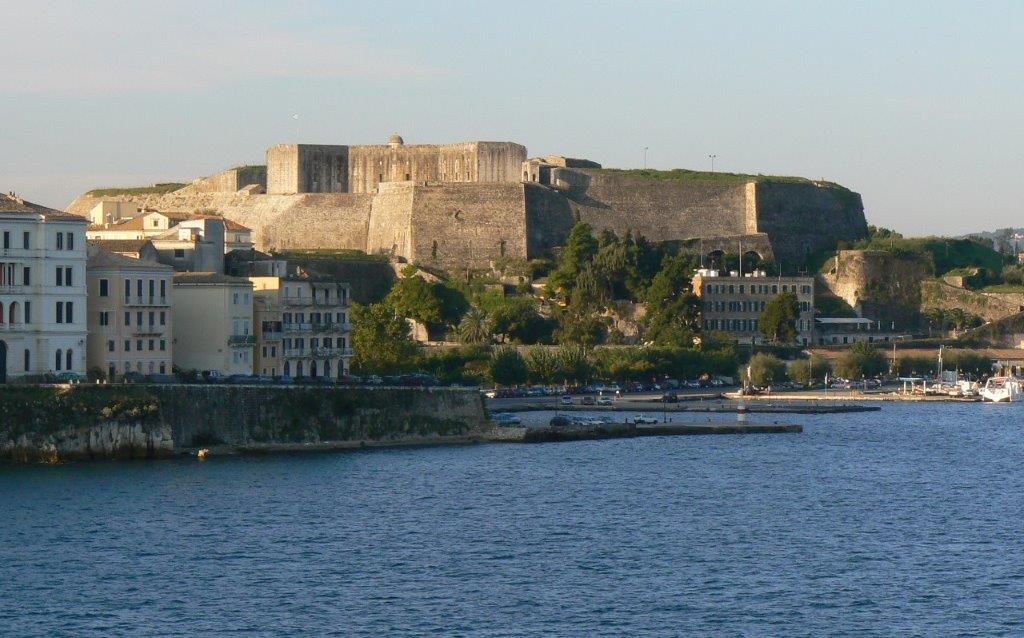 Neo Frourio - the "New Fort" seen from the water.
The Old Town, having grown within the fortifications, is a labyrinth of narrow streets paved with cobblestones, sometimes tortuous but colourful and clean. In 2007 the city’s old quarter was added to the UNESCO World Heritage List. 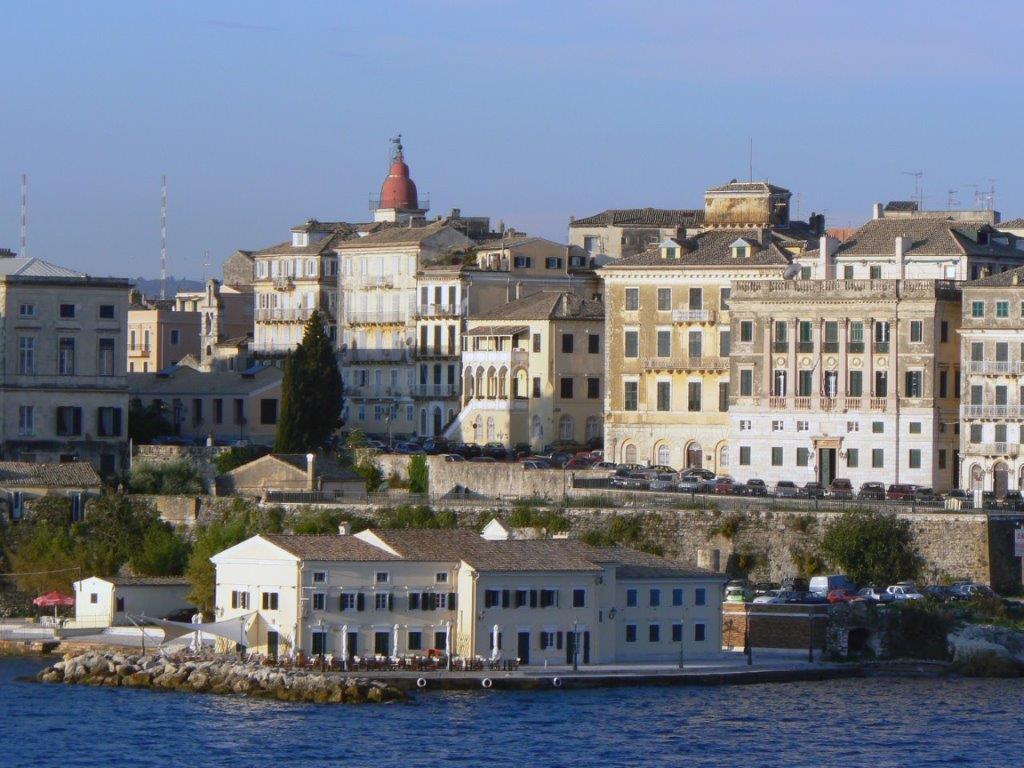 The Old Town  seen from the water. 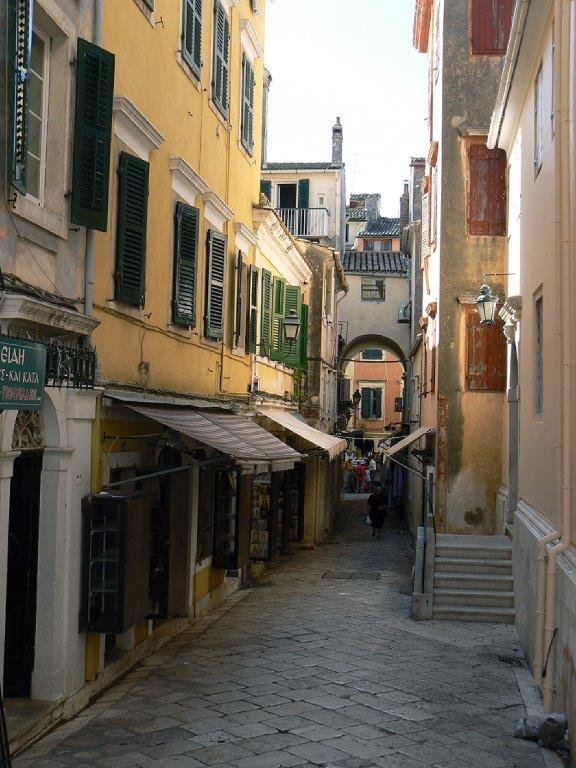 A typical narrow street in the Old Town.
CRICKET was brought to Corfu by the British during their 49 years control of the island and has remained firmly entrenched ever since. The few teams around the island battle it out on sunny Sundays.  While the pitch in the local park may have seen better days and the distance from the crease to the local cafes may seem short the game is played with unusual verve and enthusiasm.  Nowhere else in Greece is cricket played. 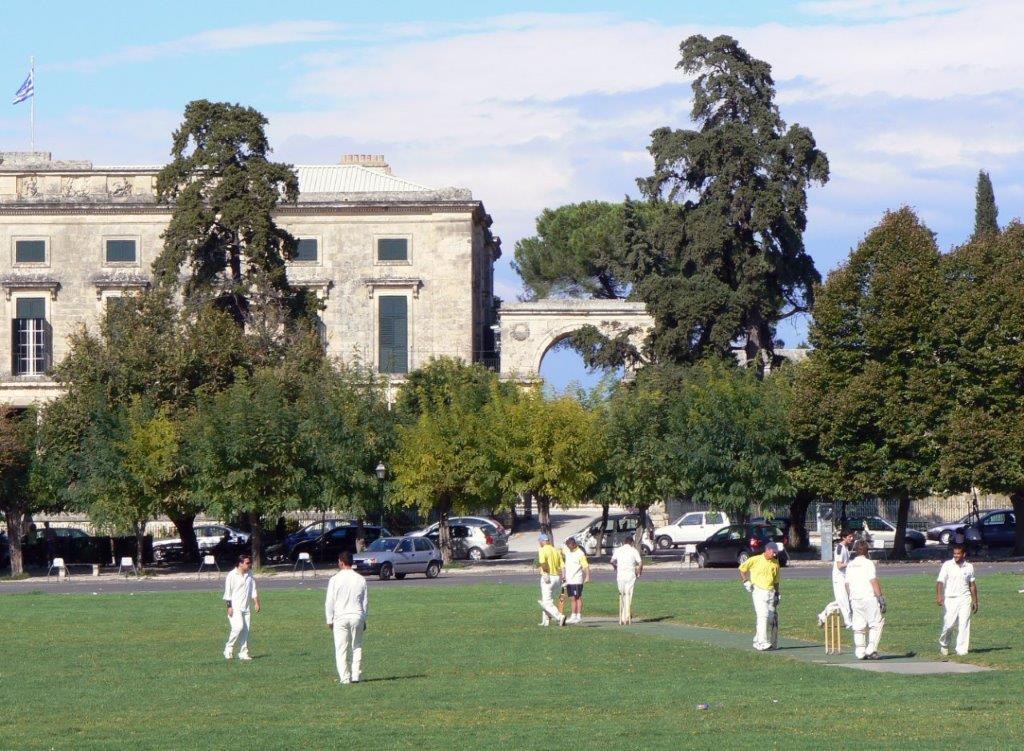 Cricket being played on the only cricket ground in Greece - on the Spianade (esplanade).
Corfu is a very popular tourist destination.  There are many places of interest. 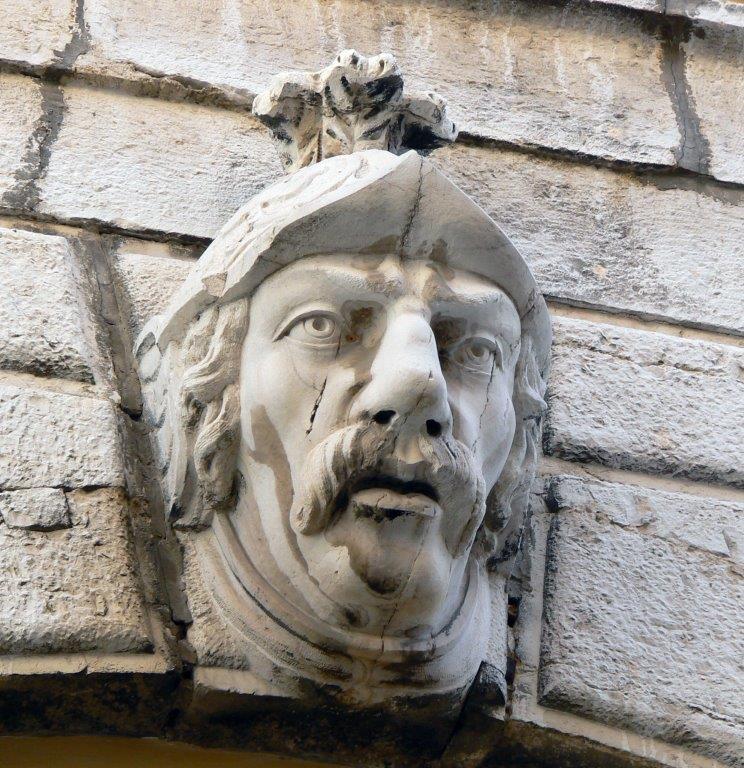 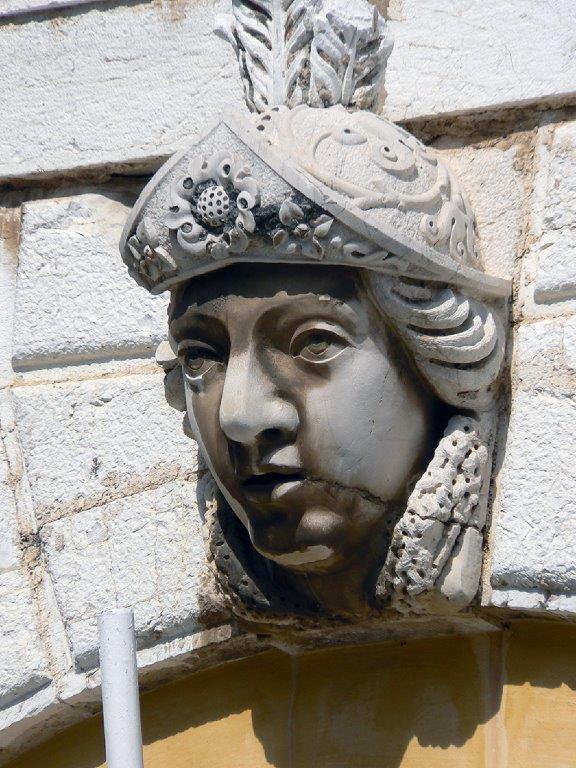 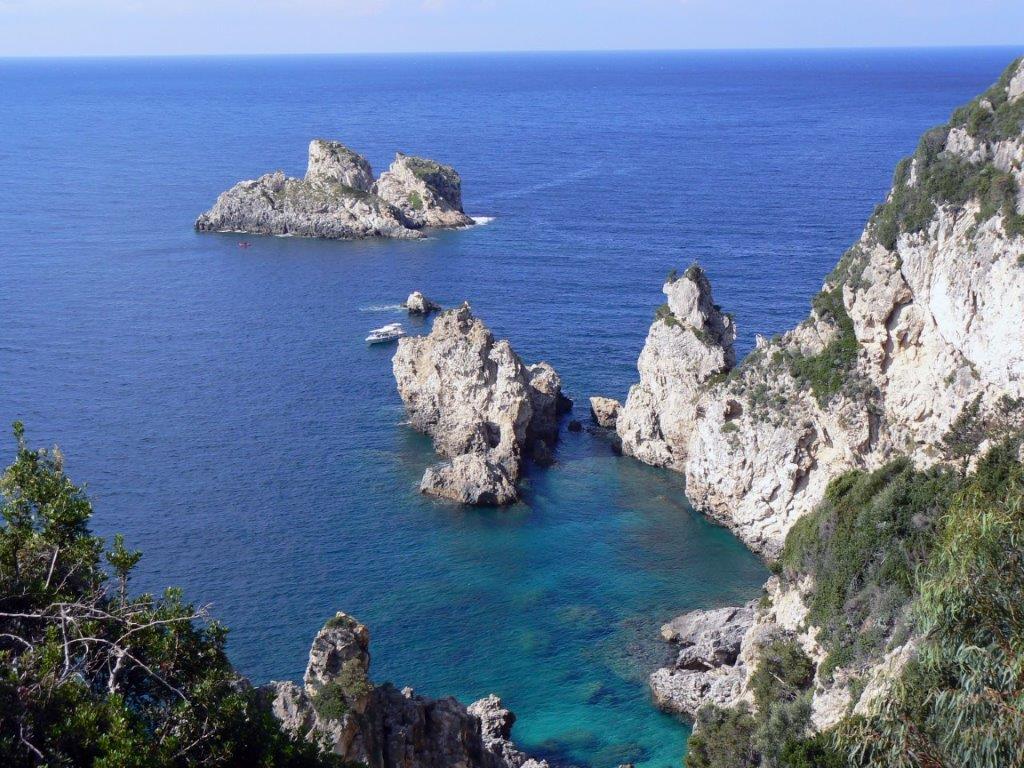 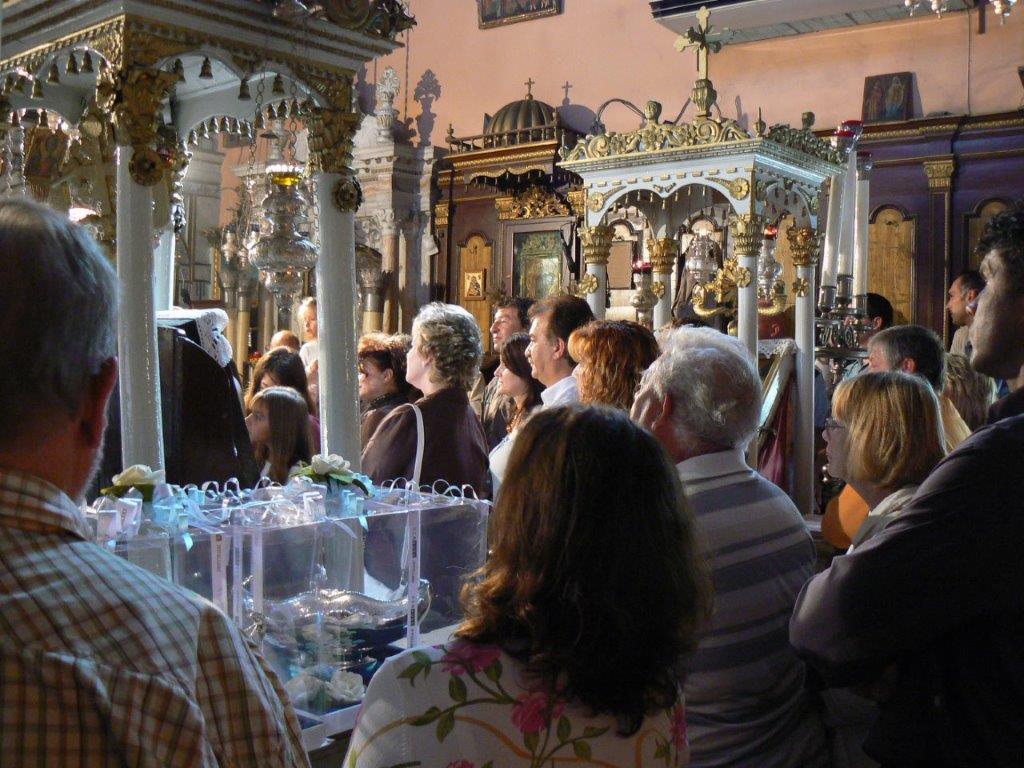 Guests at a multiple baptism in the monastery church.
The Achilleion is worth a visit.  A summer palace built in 1889 by Empress Elizabeth of Austria it is filled with paintings and statues of Achilles, both inside and in the gardens.  The centrepiece of the gardens, which look over green hills and valleys and the Ionian Sea, is a marble statue on a high pedestal of the mortally wounded Achilles.  He is depicted devoid of rank or status and is clad in a simple cloth and an ancient Greek hoplite helmet – his face full of pain, gazing skyward. 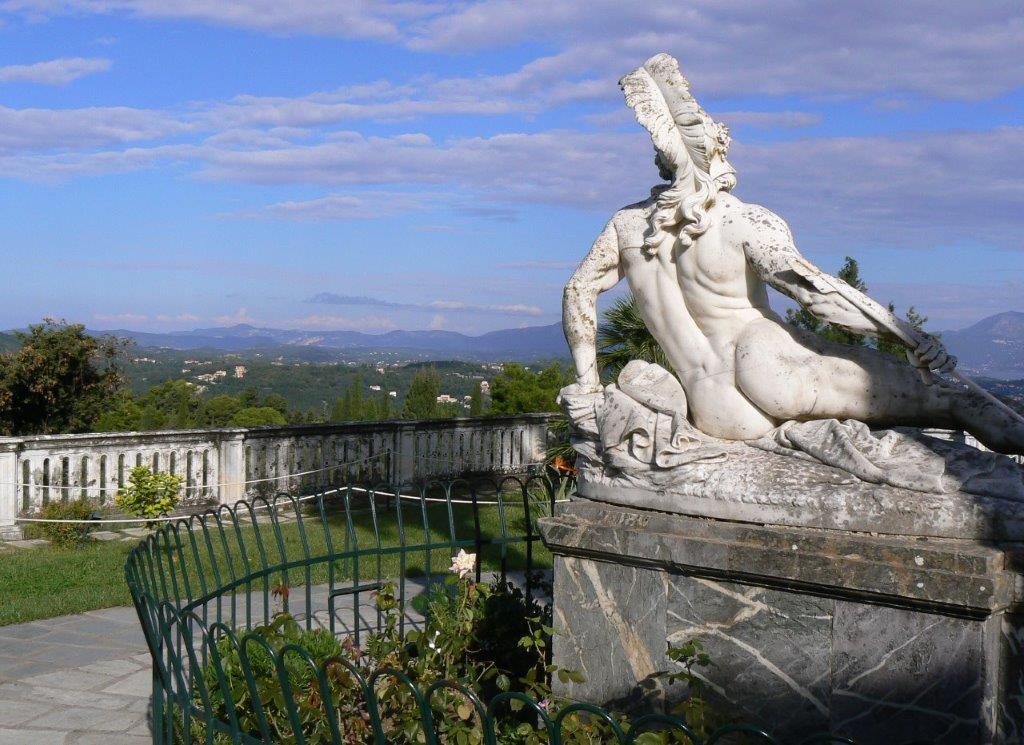 Back of the statue of the dying Achilles in the gardens of The Achilleion. 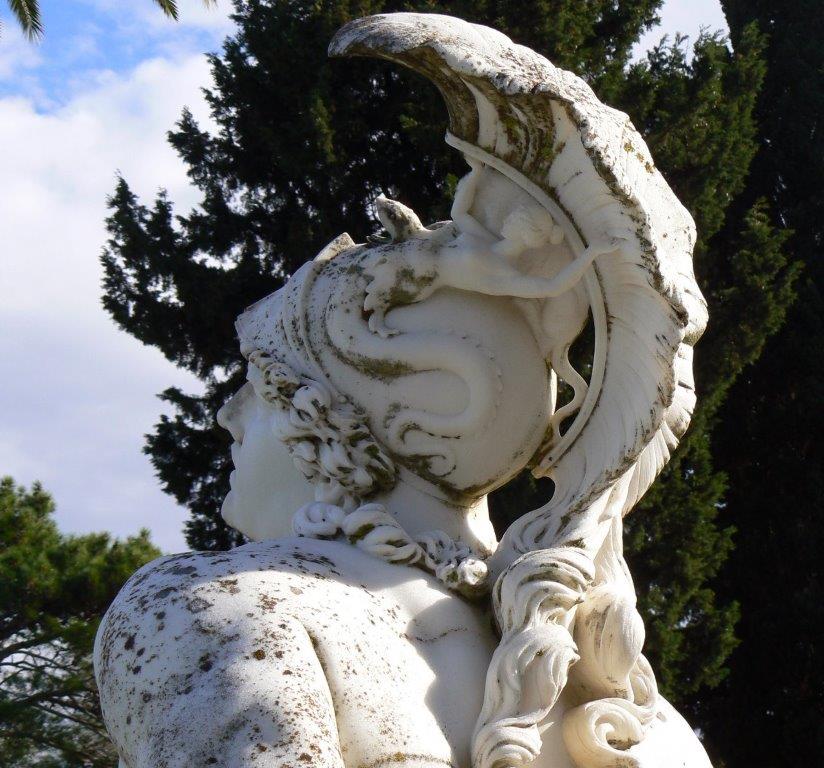 Head and shoulders of the statue of Achilles.
Photographs by George Repin in 2006