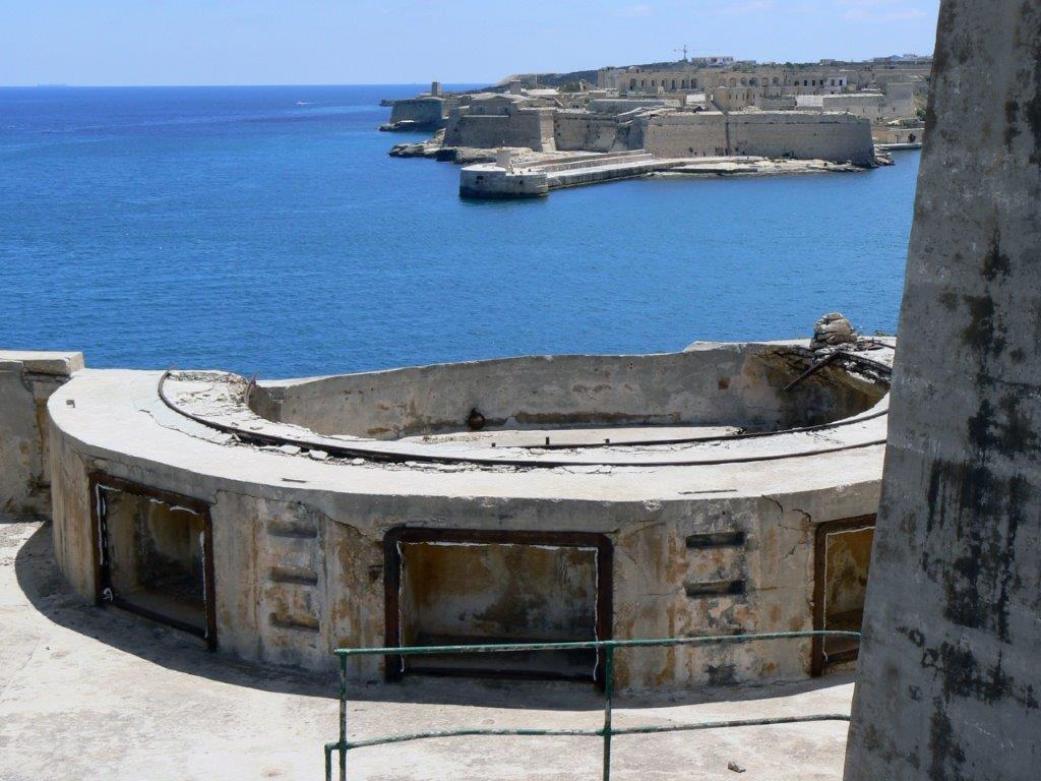 Entrance to the Grand Harbour with old fortifications.

By George Repin
At the beginning of World War II Malta, then a Crown Colony within the British Empire, was considered to be indefensible and, accordingly few resources were directed to defence of the archipelago.  As the war developed, however, the strategic position of Malta in the middle of the Mediterranean Sea, between the British bases of Gibraltar in the West and Alexandria in the East, and its importance in intercepting and attacking movements of Axis shipping significantly contributed to the success of the Allied war effort.  This ultimate success was at a great cost in lives of airmen flying out of Malta (2,301 airmen were killed or wounded), naval personnel and the Maltese civilian population  (1,300 civilians were killed)– not to mention the extensive devastation wrought by the bombing to which the island was subjected (30,000 buildings were destroyed or damaged). The Luftwaffe and the Italian Royal Air Force flew 3,000 bombing raids over a period of two years in an effort to destroy RAF defences and the ports with the additional aim of damaging the morale of the Maltese people. 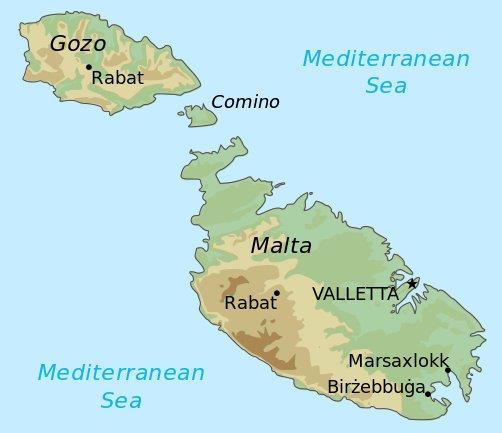 Map of the Malta Archipelago. 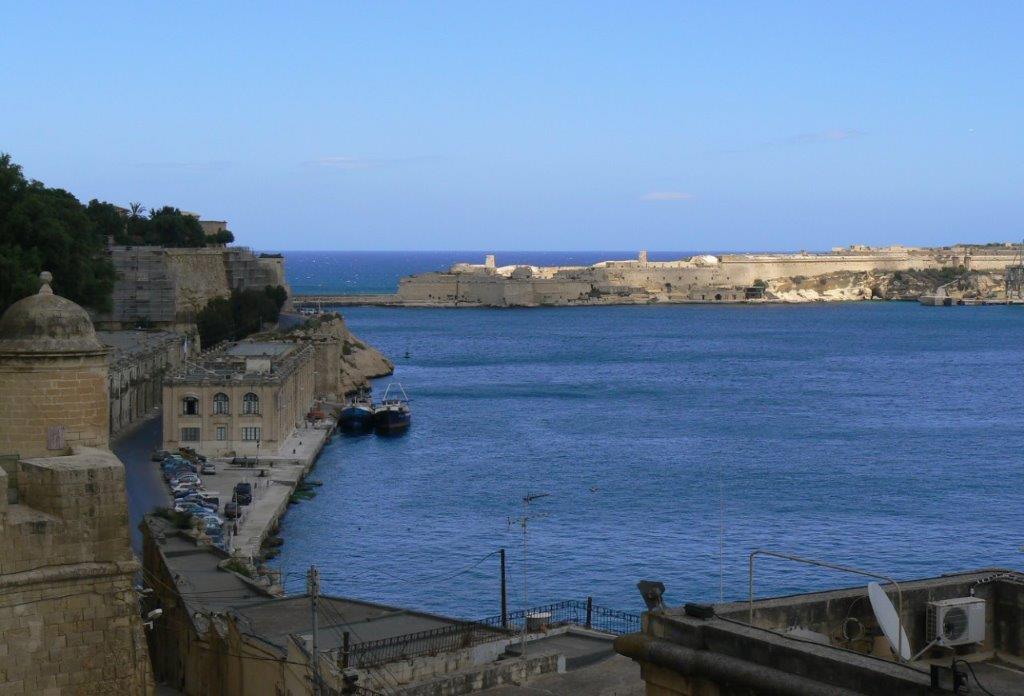 The Grand Harbour of Valletta - one of the three natural harbours of Malta. 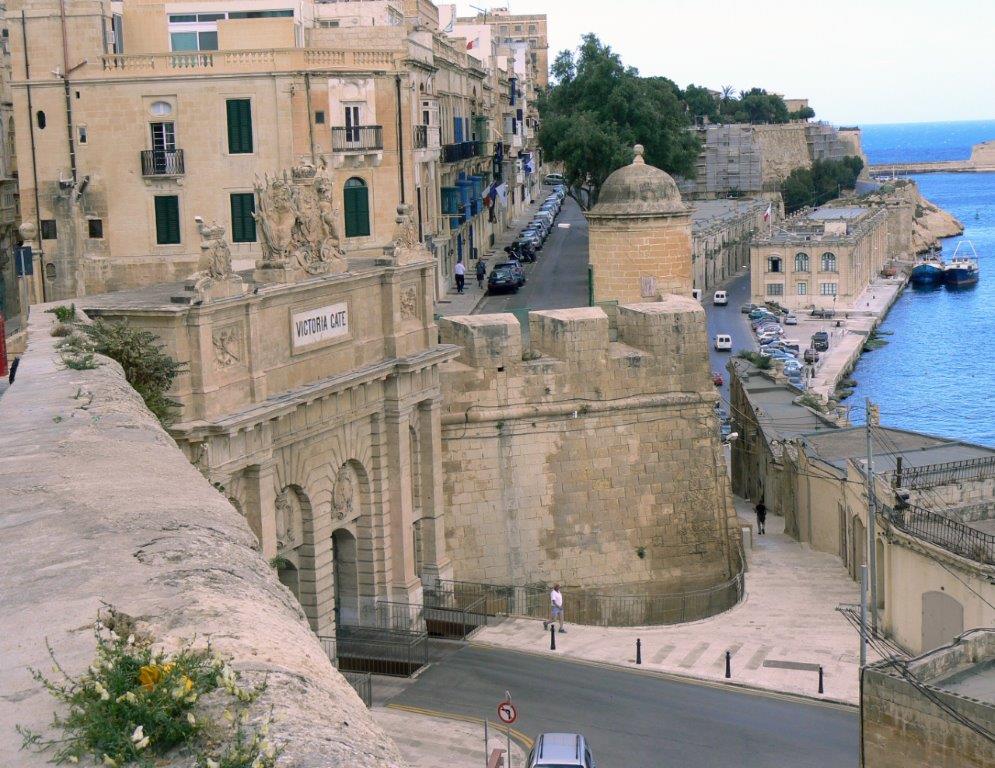 The Victoria Gate to the harbour quays. 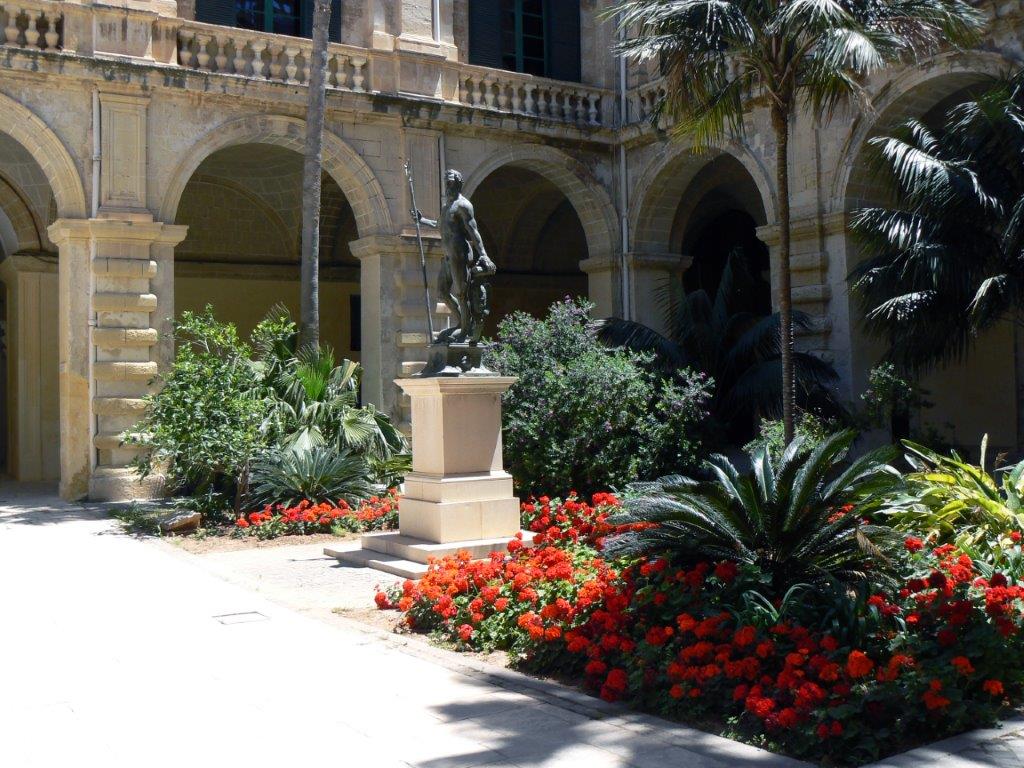 The courtyard of the Palazzo with statue of Neptune.
The bravery of the Maltese people during the Siege of Malta led to King George VI awarding the George Cross, a British award for great gallantry, to Malta on a collective basis on 15 April 1942 “to bear witness to a heroism and devotion that will long be famous in history”. A depiction of the George Cross appears to this day in the upper hoist corner of the flag of Malta. 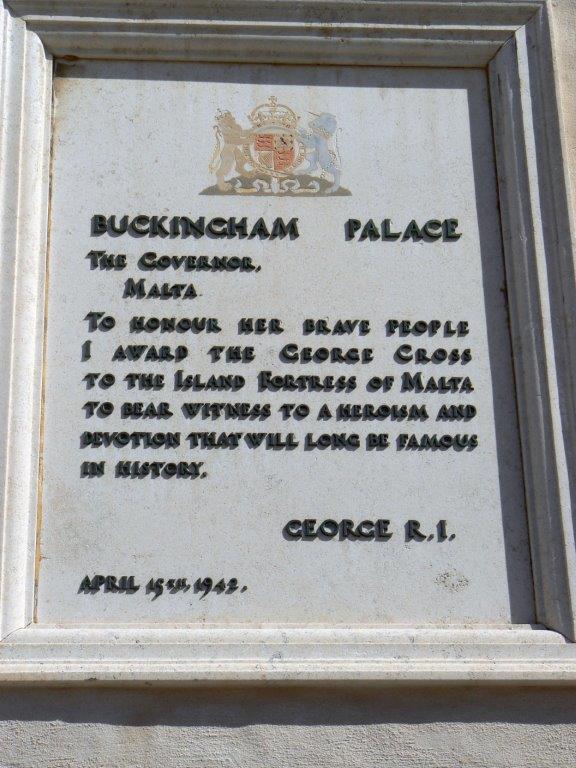 Reproduction of message from King George Vi displayed on the outer wall of the Palazzo, awarding the George Cross. 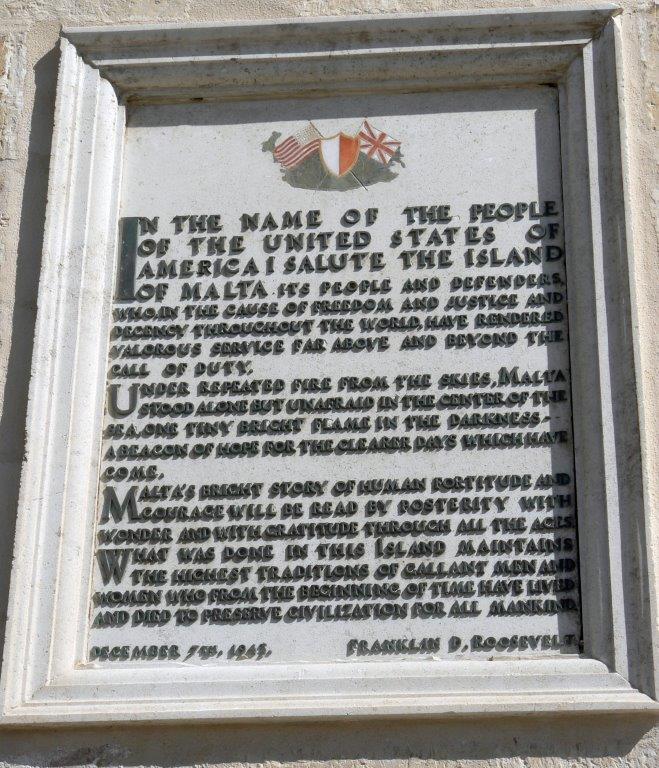 Reproduction of message from Franklin Delano Roosevelt, President  of the USA displayed on the outer wall of the Palazzo.
Malta has a long Christian legacy. The Archdiocese of Malta is claimed to be an Apostolic See because the Acts of the Apostles tells of how St. Paul, on his way from Jerusalem to Rome to face trial, was shipwrecked on the island of “Melite” which Biblical  scholars identify with Malta – an event dated around 60 CE.  The predominant religion is Roman Catholicism, which is the established state religion.  However, the Constitution states that all persons in Malta are entitled to full freedom of conscience and enjoy the free exercise of their respective mode of religious worship.
In 1964, under the Malta Independence Act passed by the British Parliament Malta became an independent sovereign Commonwealth realm and from 1964 to 1974 was known as the State of Malta.  In 1974 the country became a republic. 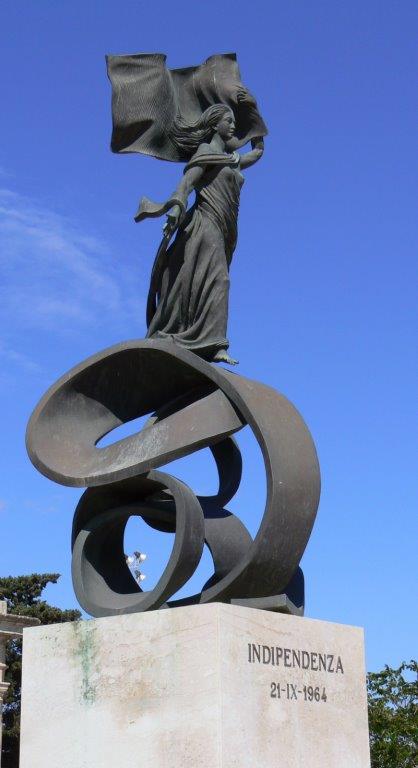 Close up of part of the monument commemorating 21 September, 1964, the date of Malta's independence.
Malta is a popular tourist destination.  Each year visitors outnumber local residents three to one.  The climate is warm, and there is much to see and do – from the interesting historical architecture in the capital, Valletta to UNESCO World Heritage Sites including seven megalithic temples which are some of the oldest free-standing structures in the world. (See Reflections in Issue No. 169 June 29 2014  of this publication for a description of  the Ggantija Temples on Gozo, the second largest island in the Maltese archipelago.)
Particularly chastening are the memorials to the many who lost their lives in the fight against the forces of Italy and Germany in the defence of Malta. 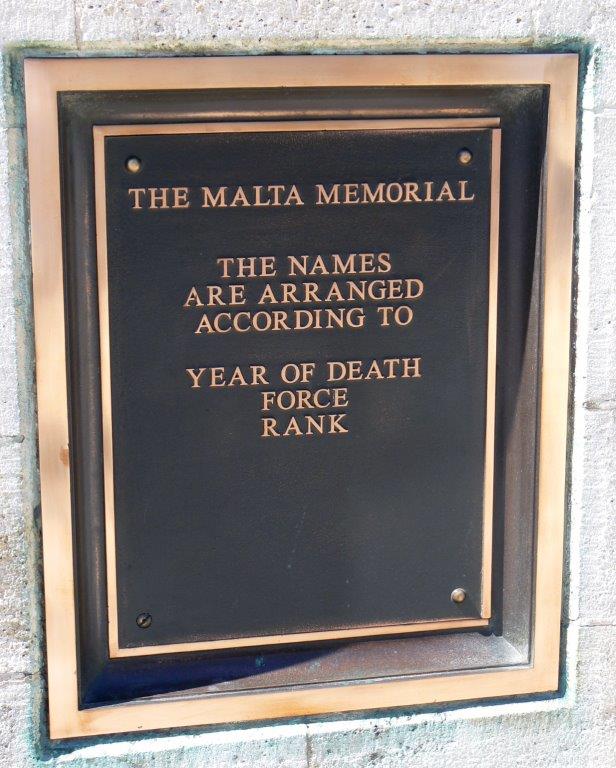 Plaque on the Malta Memorial explaining the arrangement of names on the memorial.

Plaque on the Malta memorial showing the countries over which airmen disappeared with no known graves. 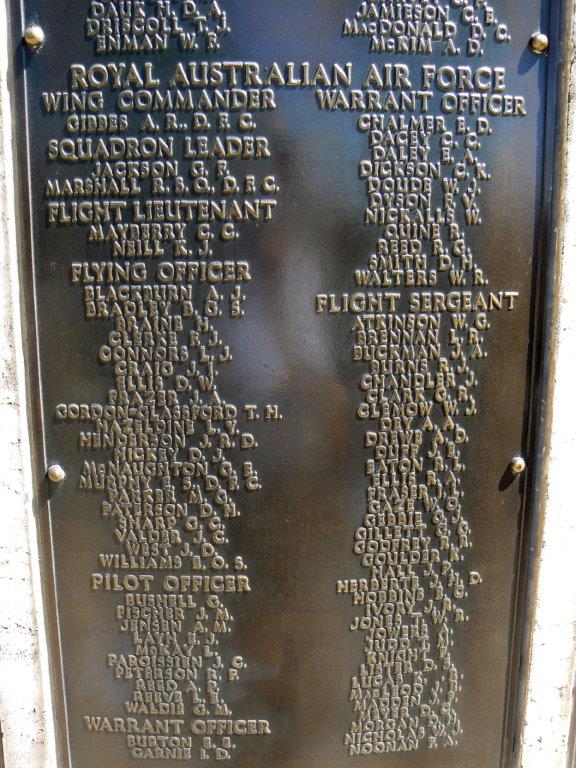 Plaque on the Malta memorial listing members of the Royal Australian Air Force killed in action.
Pictures by George Repin in 2011.