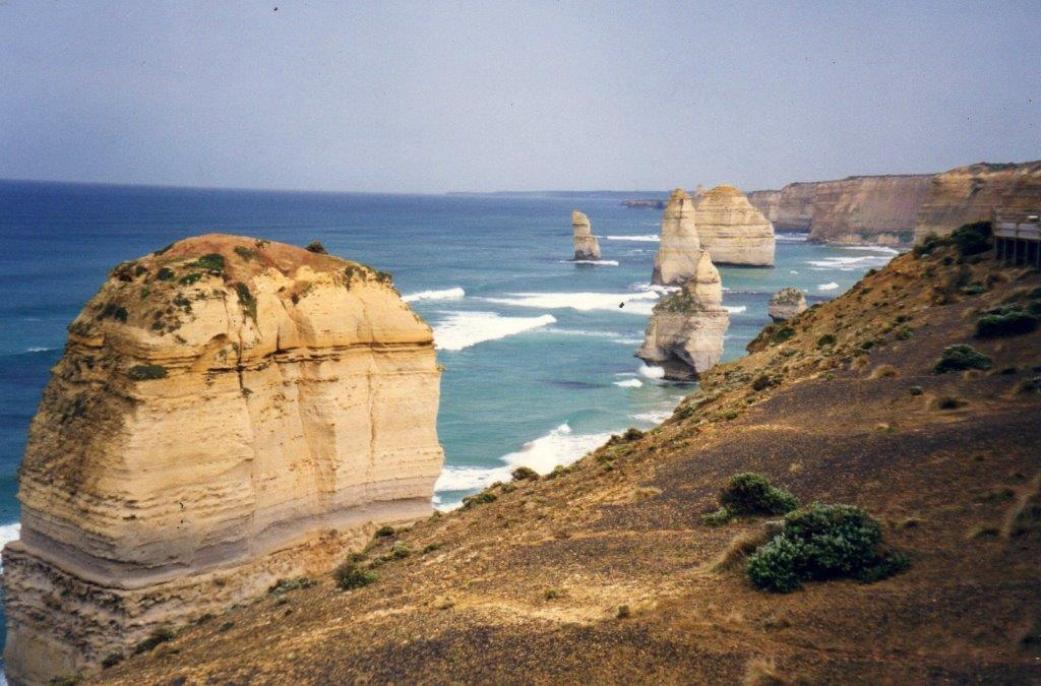 By George Repin
The Great Ocean Road starting at Torquay, Victoria runs 244 Kms. westward along the south-eastern coast of Australia to finish at Allansford, near Warrnambool, the largest Victorian city along the road.
Before World War I the rugged south-west coast of Victoria was accessible only by sea or rough bush track.  Accordingly, towards the end of the war the State War Council was asked for funds for the employment of returned servicemen on roads in sparsely populated areas of the Western District of Victoria.  It was envisaged that building a road in this area would connect isolated settlements on the coast, become a transport link for the timber industry and attract tourism, as well as being dedicated as a war memorial for servicemen killed in World War I.
Construction began on 19 September, 1919.  Three thousand returned servicemen worked on the road by the time of its completion in 1932.  Work was performed by hand, using explosives, pick and shovel, wheel barrows and some small machinery.  It was perilous work particularly along sections involving steep coastal mountains.  Several workers died.
The road is two lane (one in each direction).  The speed limit varies between 50 kilometres per hour and 100 kilometres per hour.  It is not immune from natural disasters having been closed by bushfires (notably Ash Wednesday in 1983), washaways during storms and the collapse of overhanging cliffs due to heavy rain.
From Torquay the road passes Anglesea, Lorne, and Apollo Bay where it leaves the coast and winds through the silent and untouched rainforest slopes of Cape Otway.  At Princetown the road returns to hug the dramatic coastline along the entire length of the Port Campbell National Park with its unusual sandstone rock formations.  The so- called Twelve Apostles (although no longer twelve) are an easily recognisable feature and the Loch Ard Gorge, with its grim story, is easily accessible about 3 minutes drive west of the Twelve Apostles. 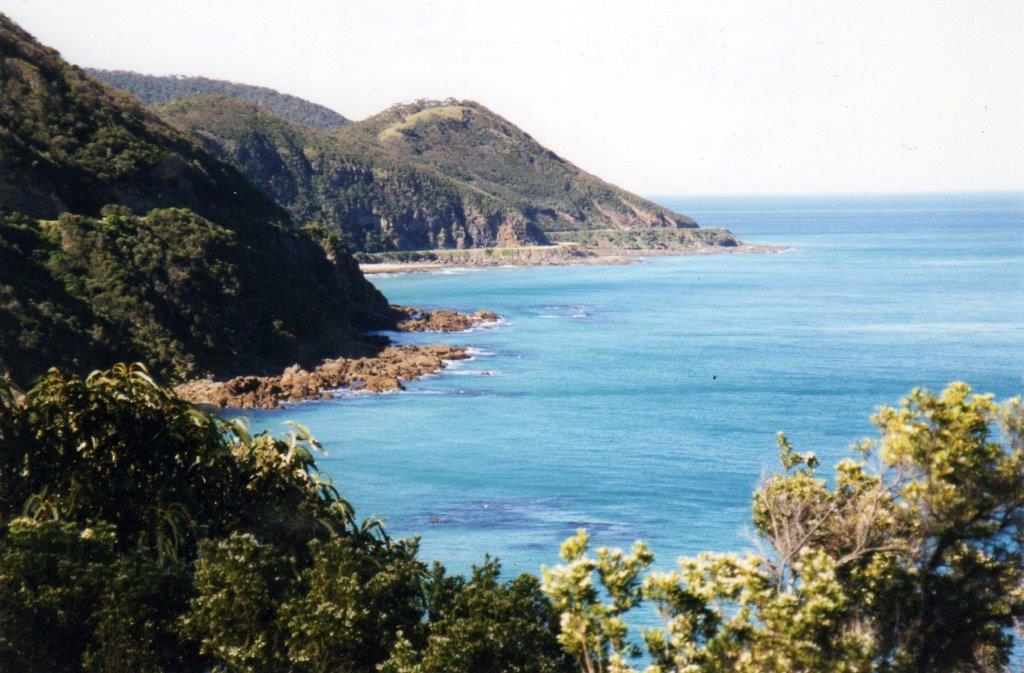 View from the Great Ocean Road between Lorne and the Wye River. 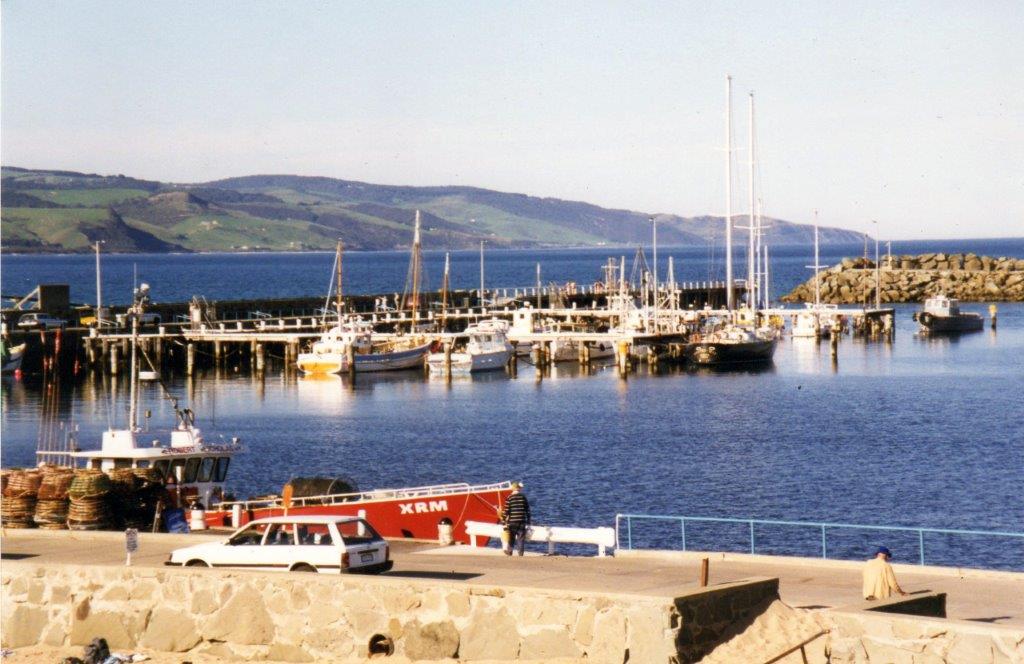 The boat harbour of Apollo Bay. 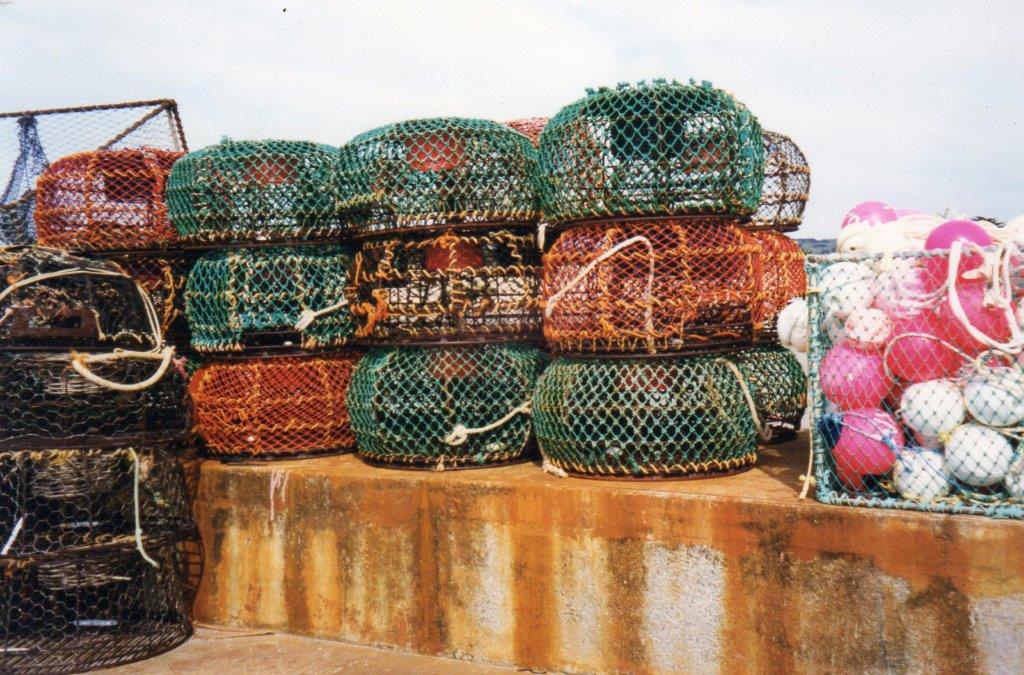 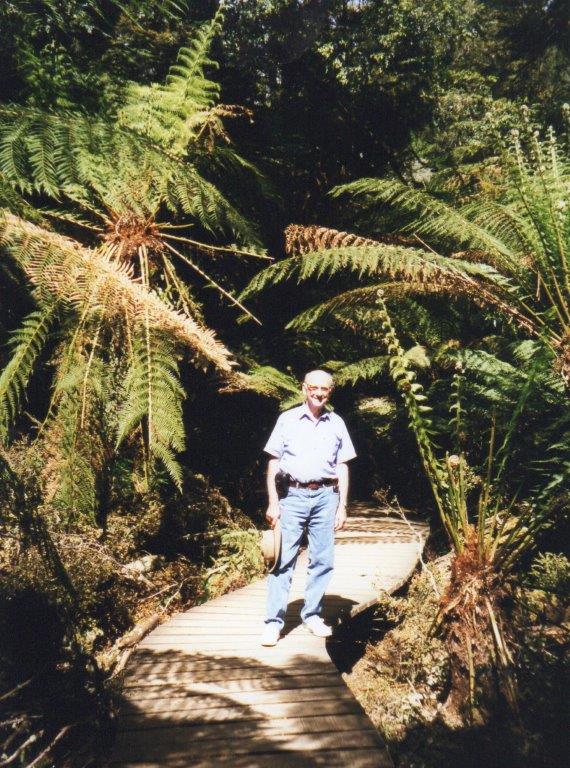 On Mait's Walk in the Cape Otway rainforest. 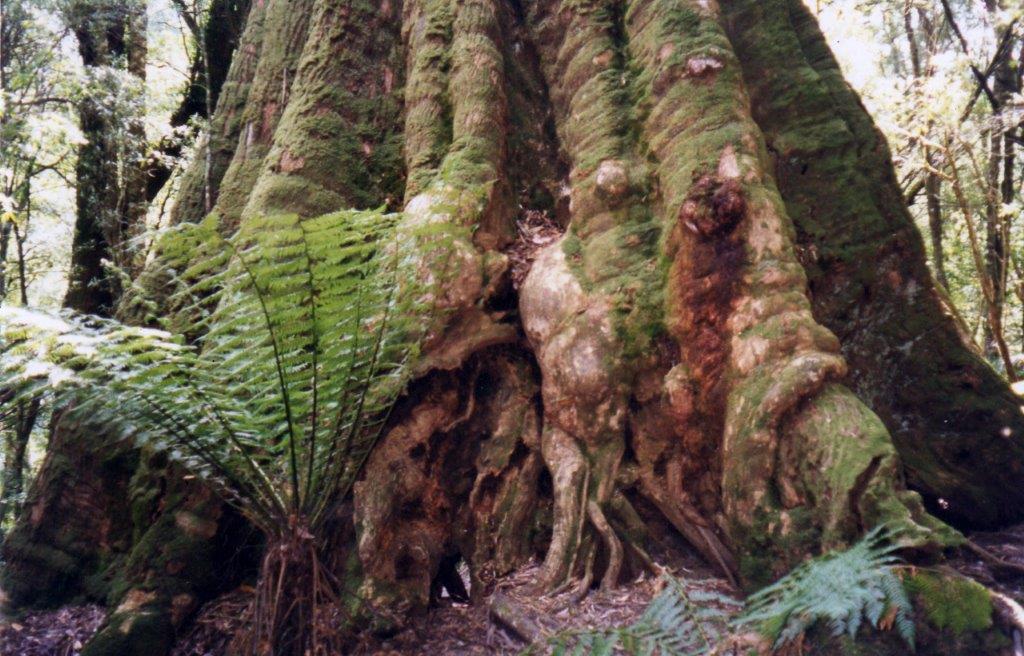 In the Cape Otway rainforest. 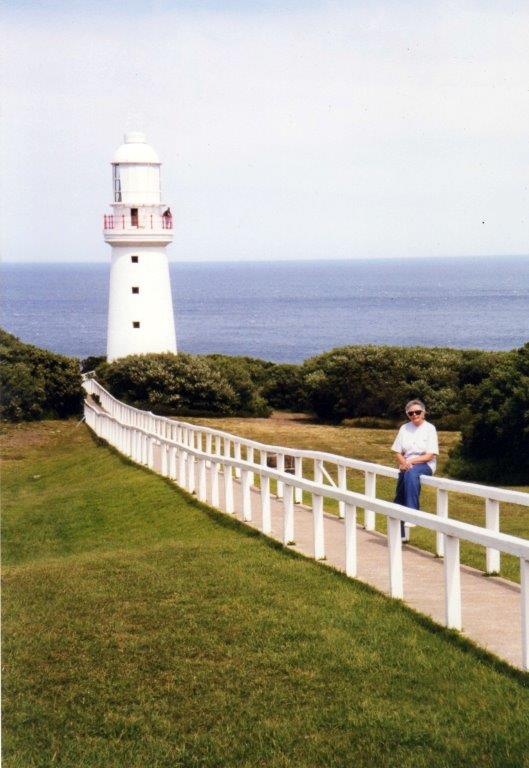 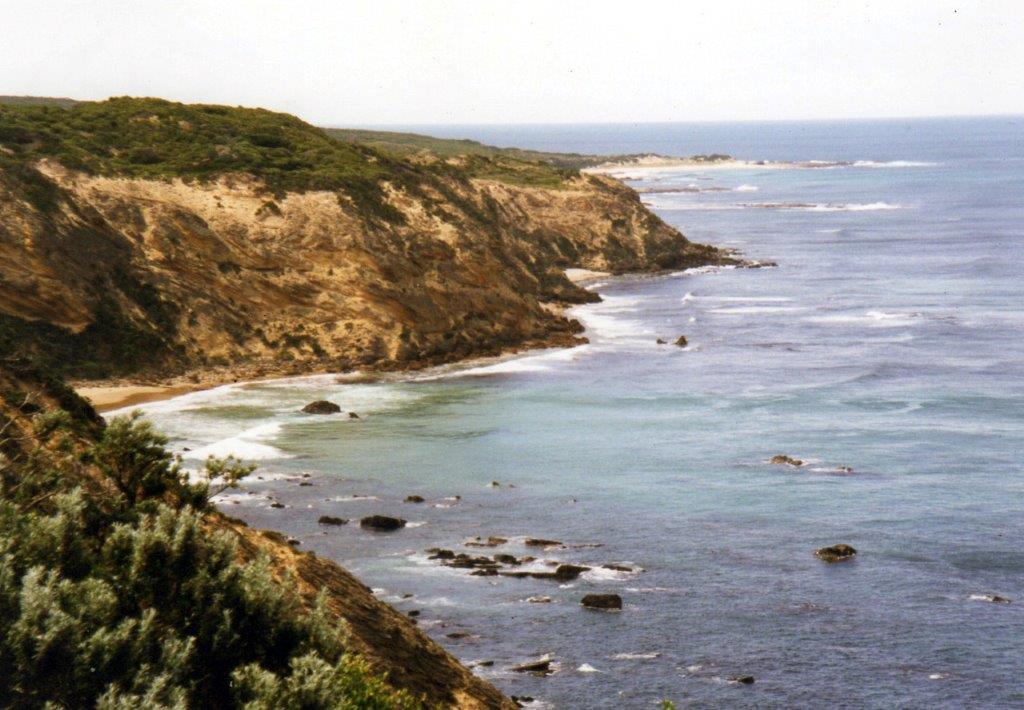 Coastline to the east of Cape Otway lighthouse. 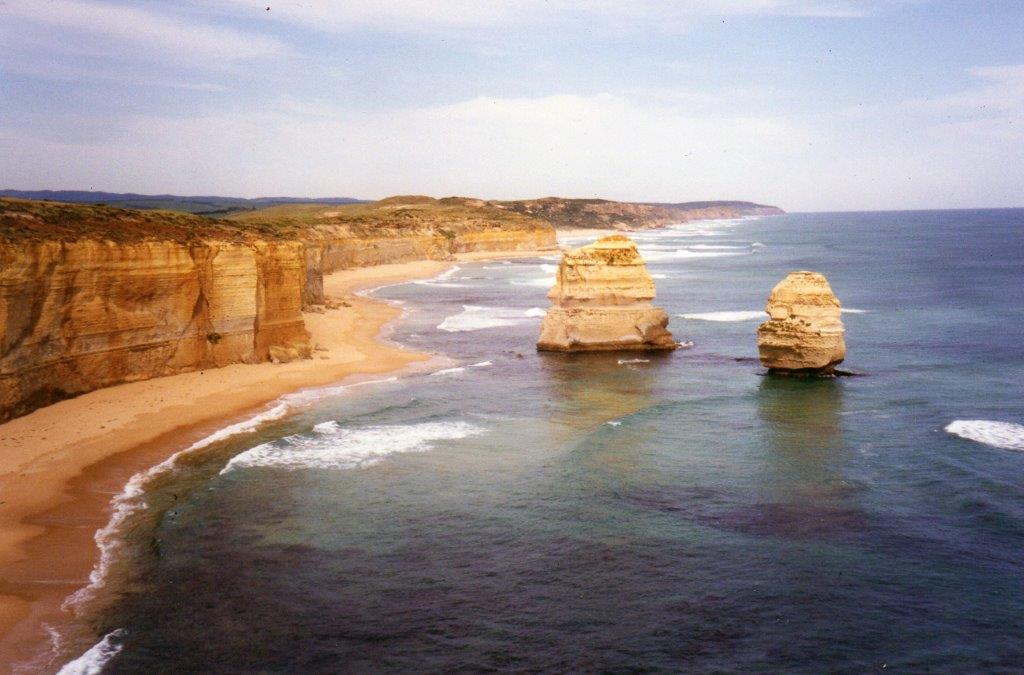 Afternoon view towards the east 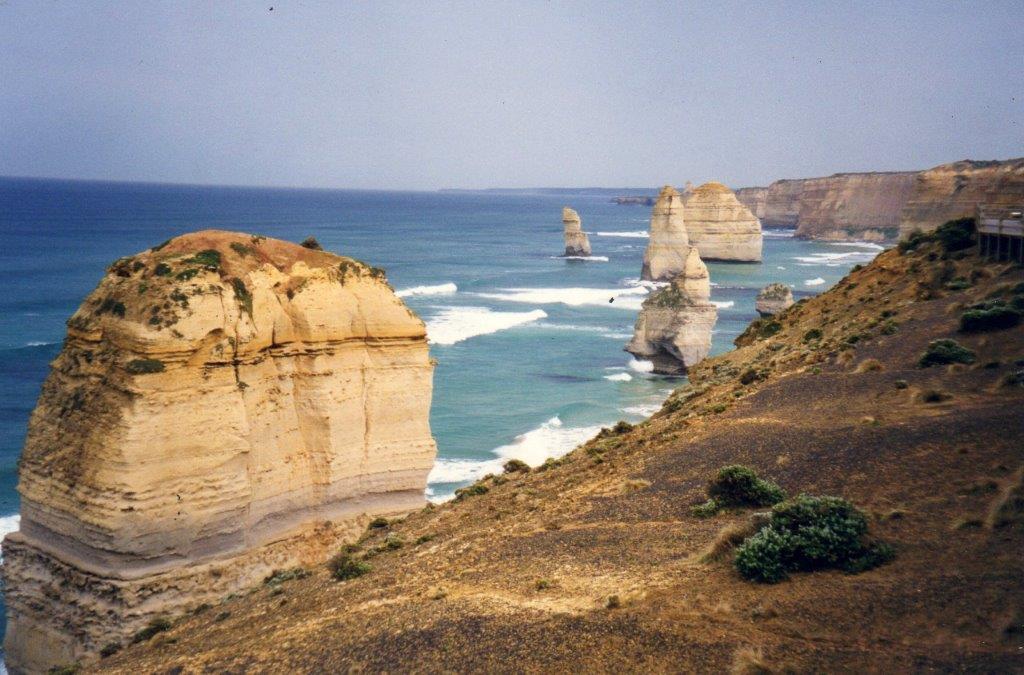 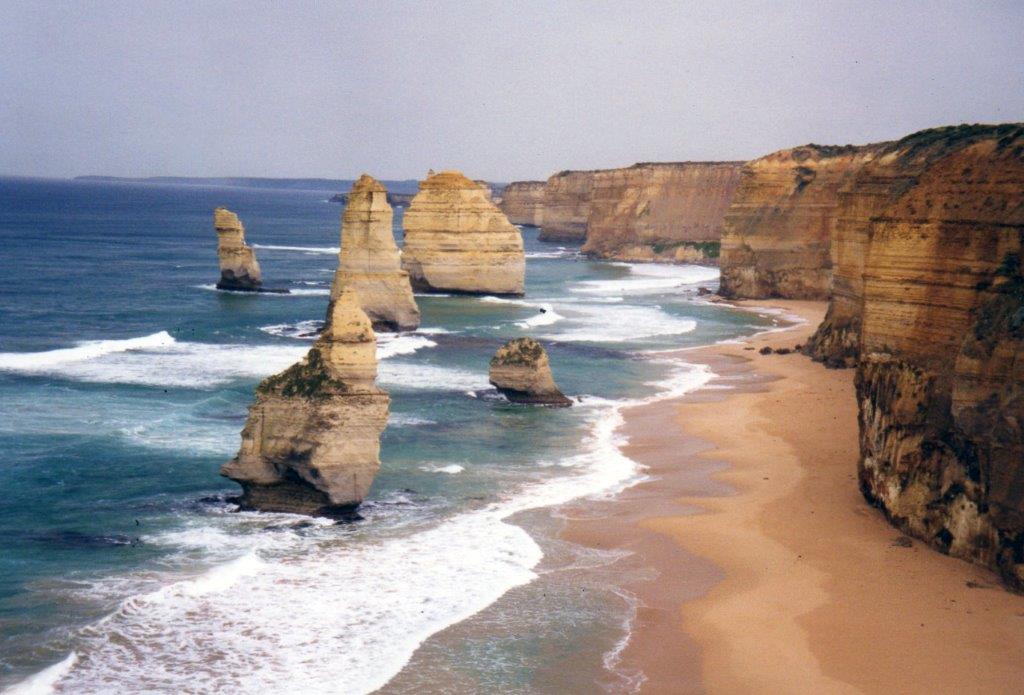 Morning view to the west.
Stairs from the Great Ocean Road provide easy access to the beach at the Loch Ard Gorge and a pathway connects to the eastern side of the gorge where there is a small museum detailing the site’s history and the graves of many of the dead from the clipper ship  Loch Ard. 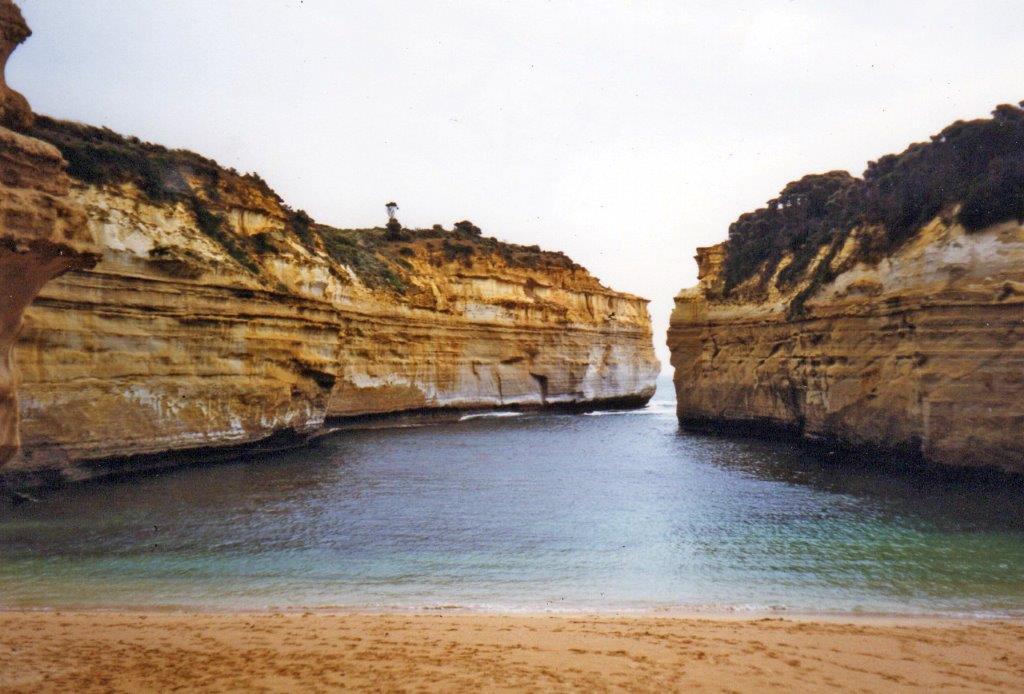 Loch Ard Gorge.
The gorge is named after the ship which, after a three month voyage from England, bound for Melbourne, ran aground on nearby Muttonbird Island on 1 June, 1878.  Of the fifty-four passengers and crew only two survived – a 19 year old ship’s apprentice, Tom Pearce, and a 19 year old Irish woman, Eva Carmichael, whom Pearce pulled from the water.  Pearce climbed out of the gorge and raised the alarm to local pastoralists. 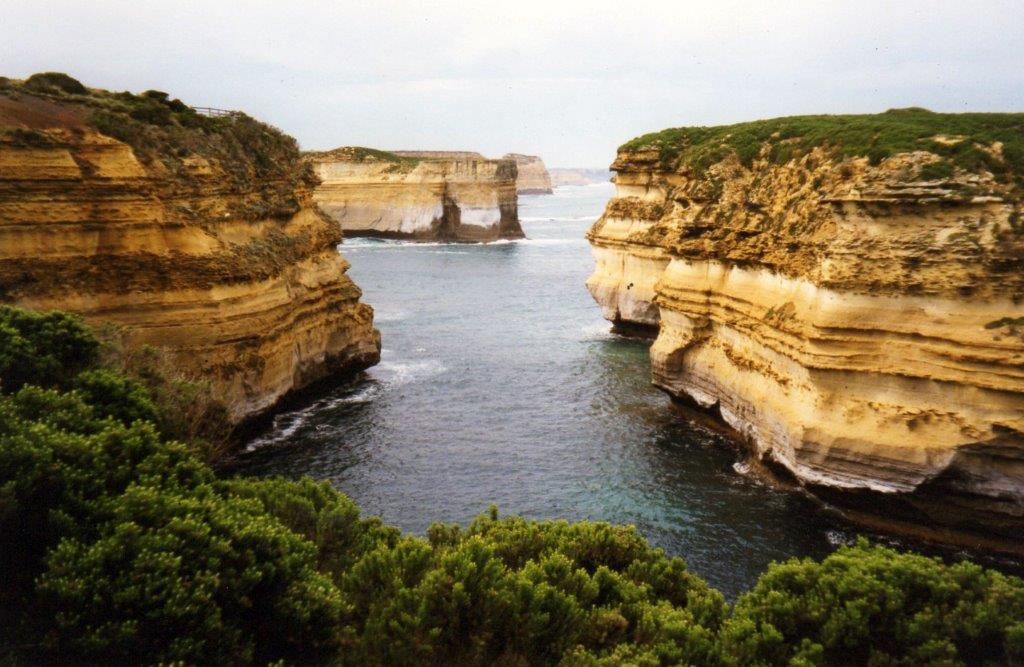 The shoreline to the east and Muttonbird Island on the right. 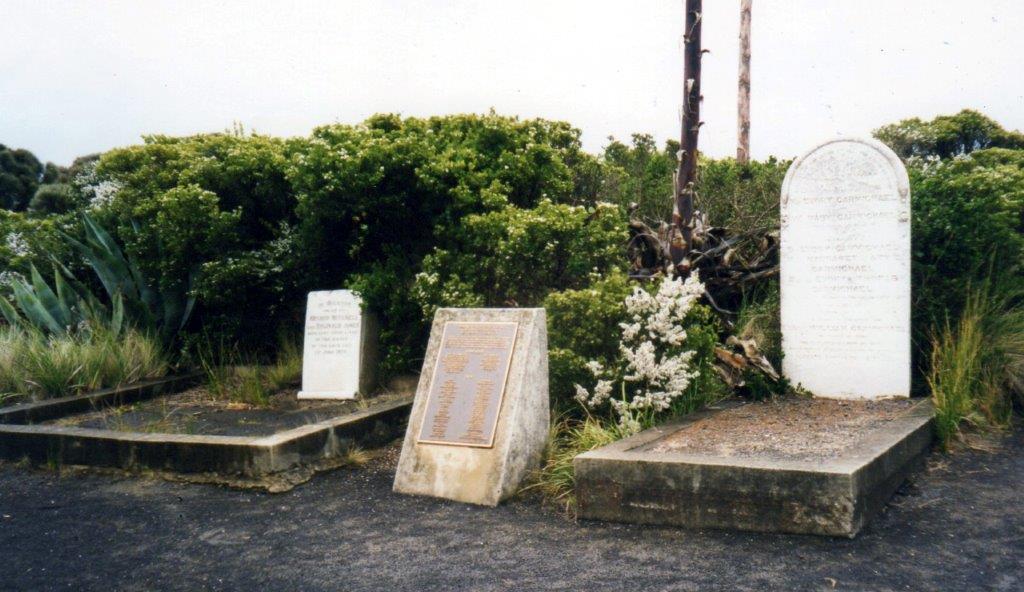 Graves in the cemetery at Loch Ard Gorge. 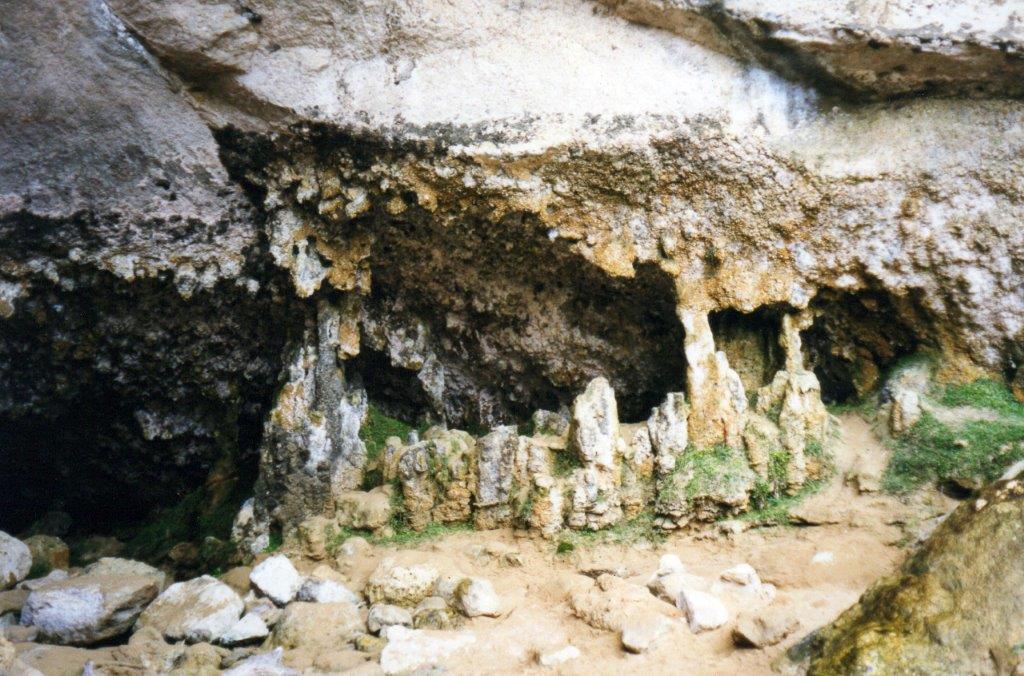 A cave at the end of the eastern arm of Loch Ard Gorge.
The Great Ocean Road was added to the Australian National Heritage list in 2011.
(Photographs by George Repin in October, 1999)