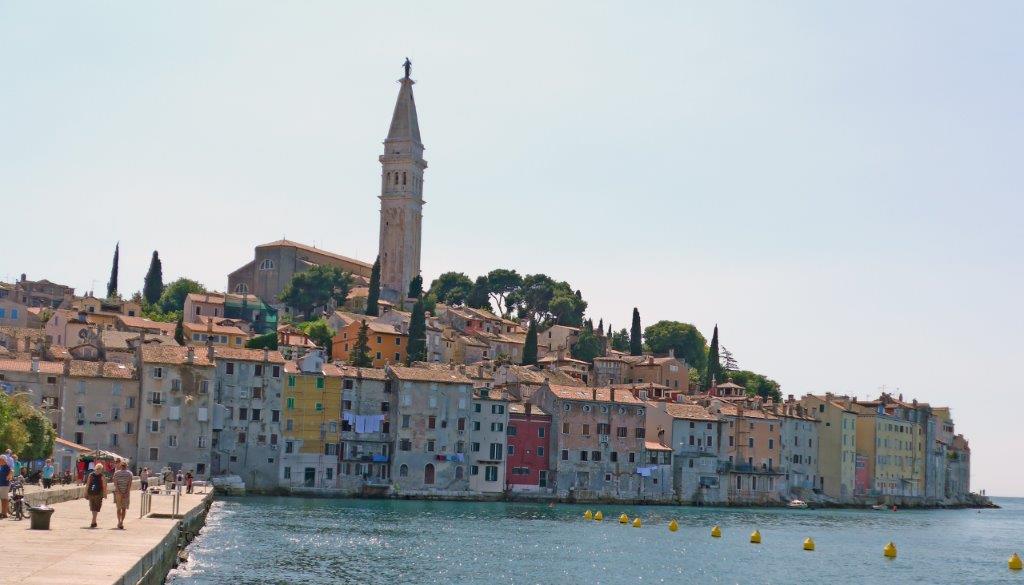 The bell-tower and the church of St. Euphemia seen from the waterfront.

By George Repin
Rovinj is a popular tourist resort, as well as an active Croatian fishing port, on the west coast of the triangular Istrian peninsula, on the eastern shore of the northern part of the Adriatic Sea between the Gulf of Trieste and the Gulf of Kvarner. Apart from a small area around Trieste, which is Italian, and a section of Slovenia in the north stretching across to the Adriatic, the Istrian peninsula is part of the present Republic of Croatia. 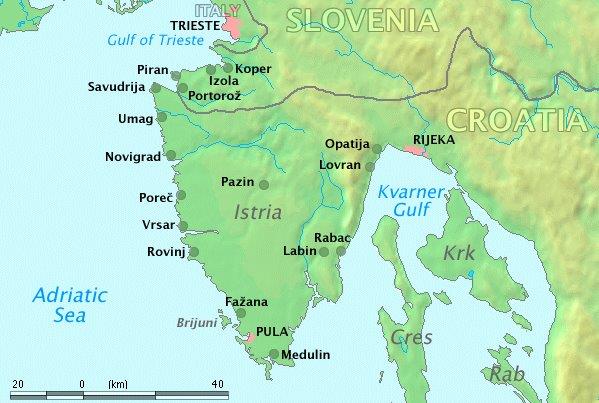 The Istrian Peninsula
Rovinj/Rovigno was already a settlement of Illyrian or Venetian tribes when Istria was conquered by the Romans in 177 BCE. It remained a minor outpost for the Romans, and when the Roman Empire divided, it was incorporated into the Byzantine Empire.  Rovinj fell to the Venetians in 1283 and was one of the most important towns in Istria governed by the Republic of Venice until the fall of Venice in 1797.  It then became part of the Austrian Empire continuing until World War I.  From 1918 to 1947 it belonged to the Kingdom of Italy when it was ceded to Yugoslavia as part of Croatia.
The Venetians fortified Rovinj with two rows of defensive walls, the remains of which can still be seen, and constructed three town gates.  One of these gates – the Balbi’s Arch dating from 1680 – opens off what is now Piazza Marshall Tito where there is also a late-Renaissance clock tower.  Evidence of the presence of the Venetians, the Venetian Lion, can still be seen throughout the town. 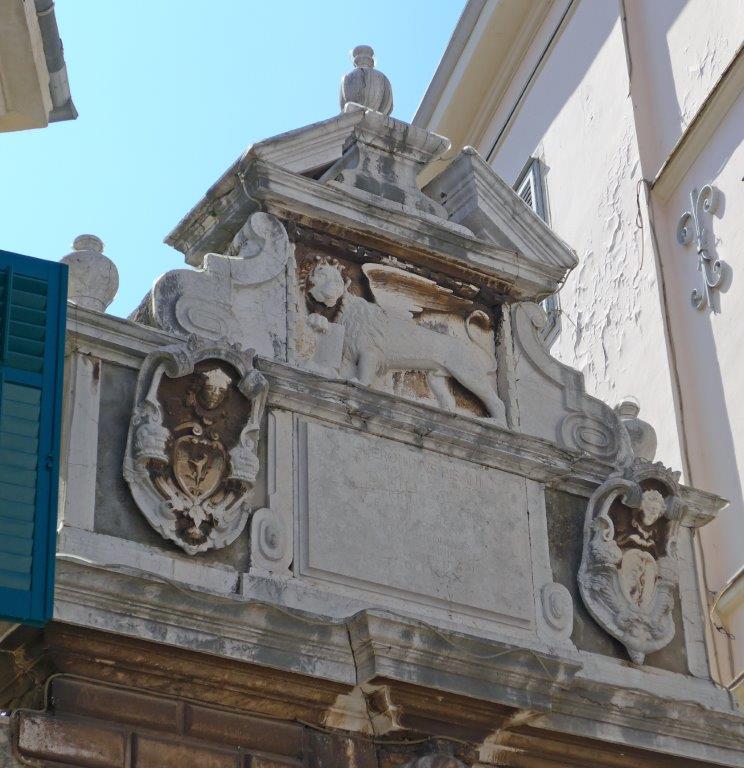 Balbi's Arch - one of the three surviving gates in the town wall. 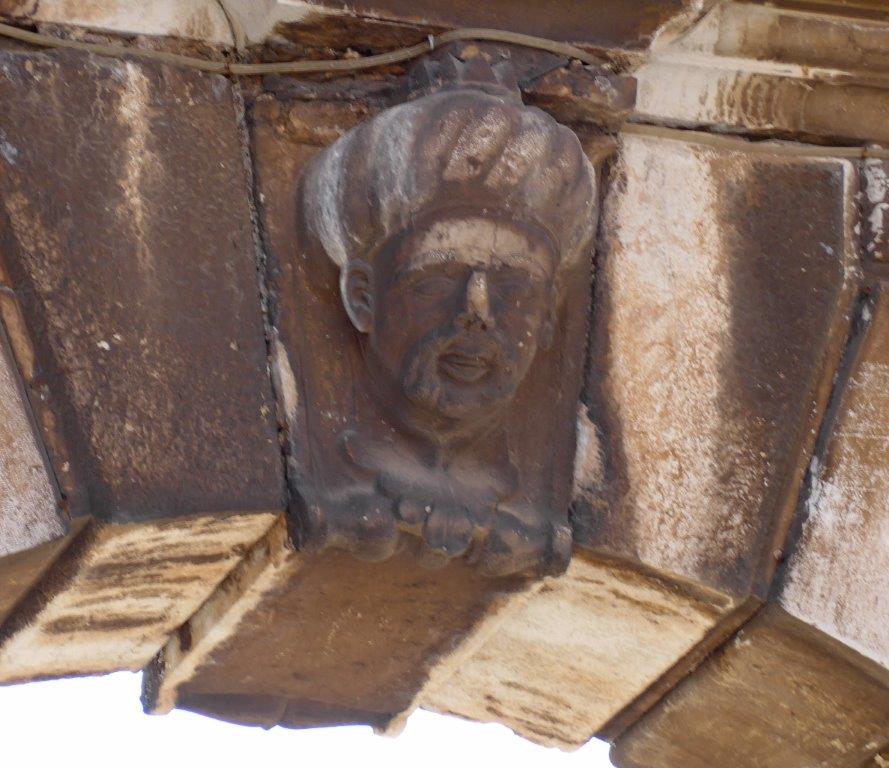 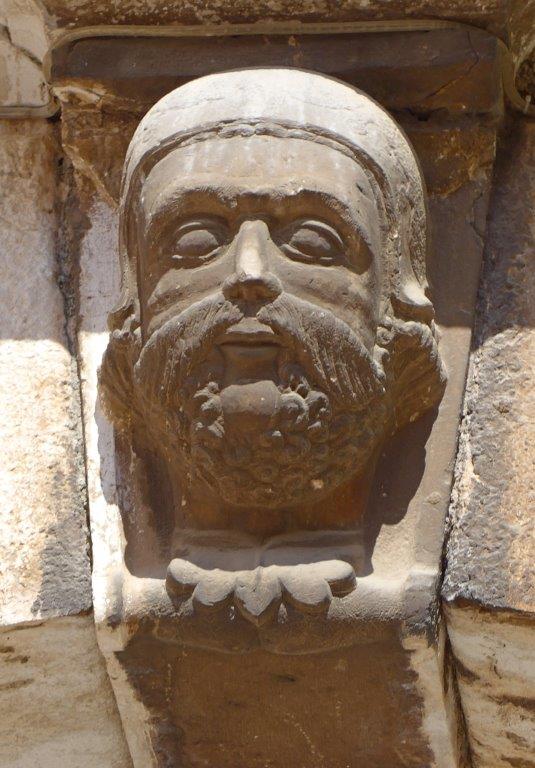 Keystone with head on the other side of Balbi's Arch. 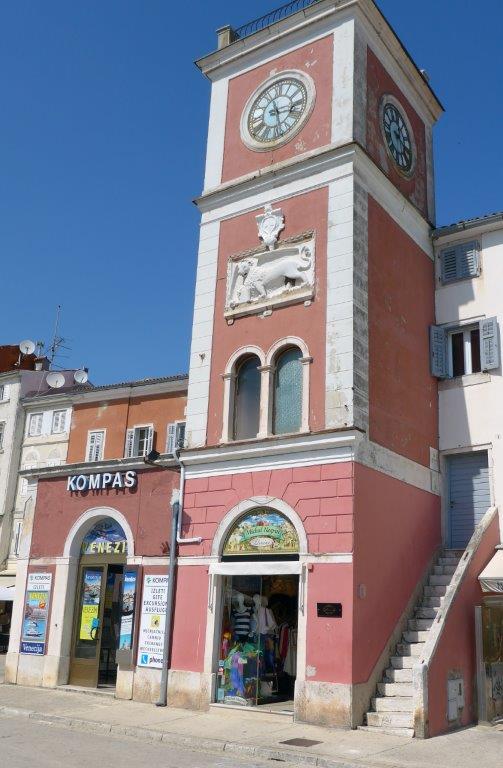 The Venetian clock tower displaying the Lion of Venice, on Piazza Marshall Tito. 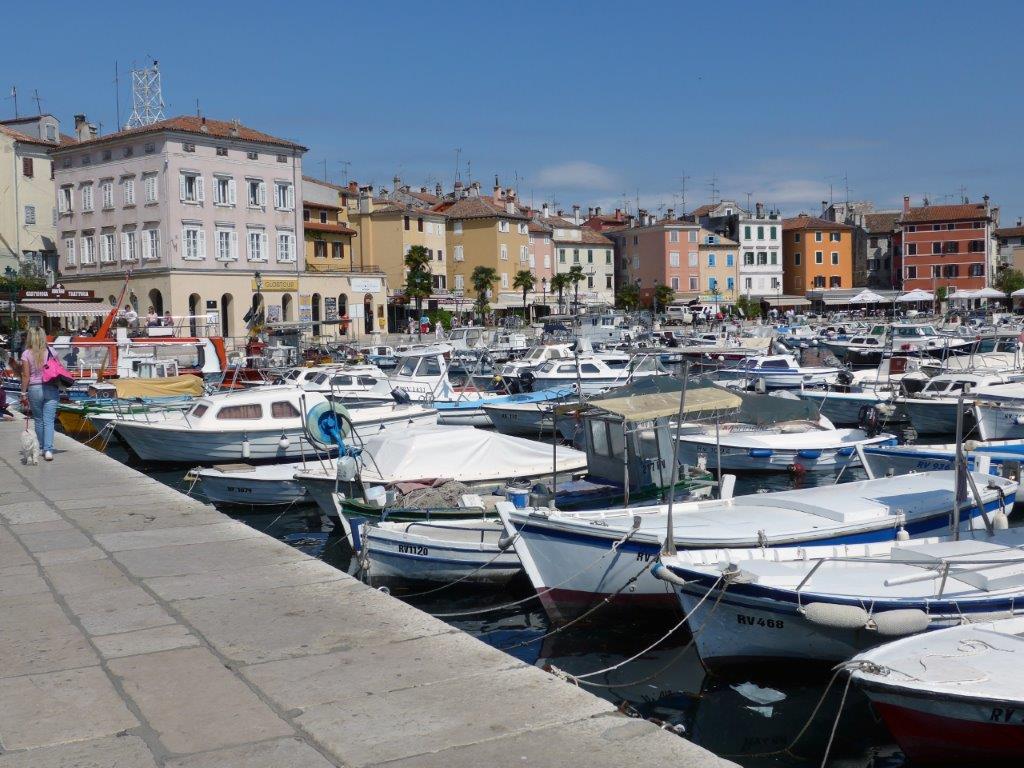 The boat harbour next to the Piazza Marshall Tito. 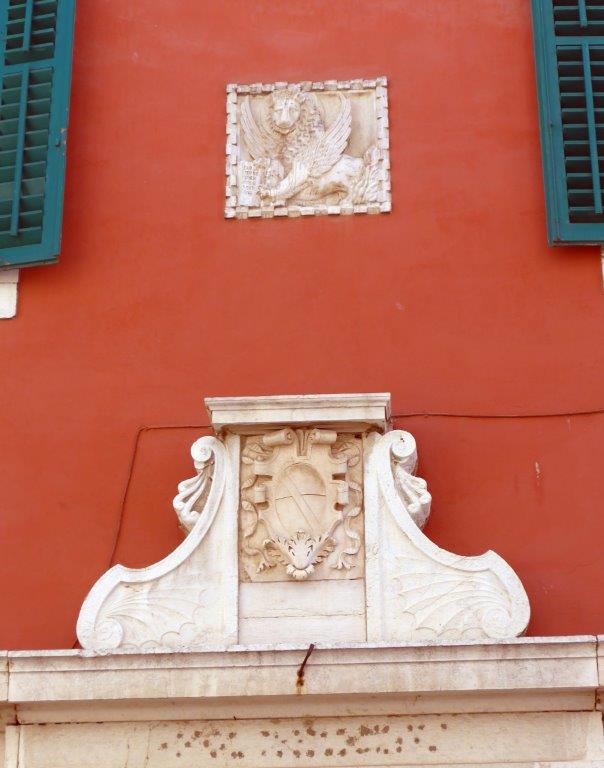 Insignia above entrance to Municipal administrative offices. Note the Lion of Venice.
A tangle of cobbled streets leads to the hilltop church of St. Euphemia whose towering bell-tower dominates the skyline. The narrow street which visitors climb to reach the church attracts young art students. 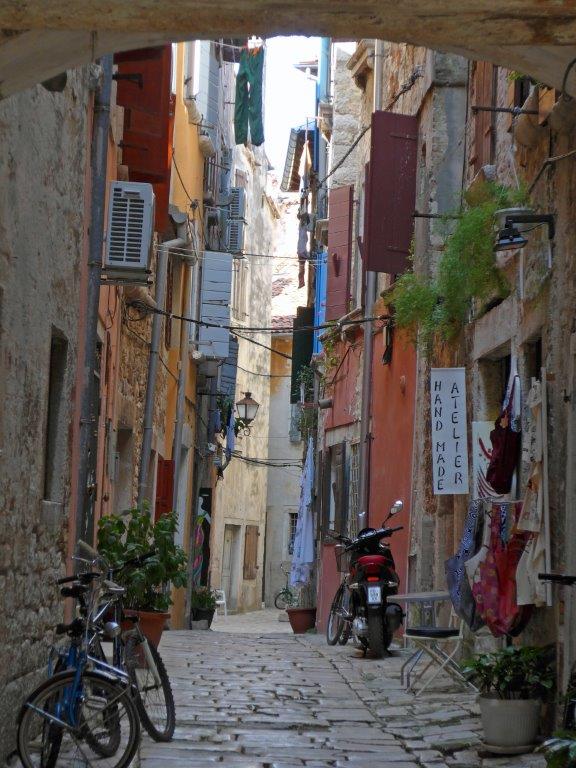 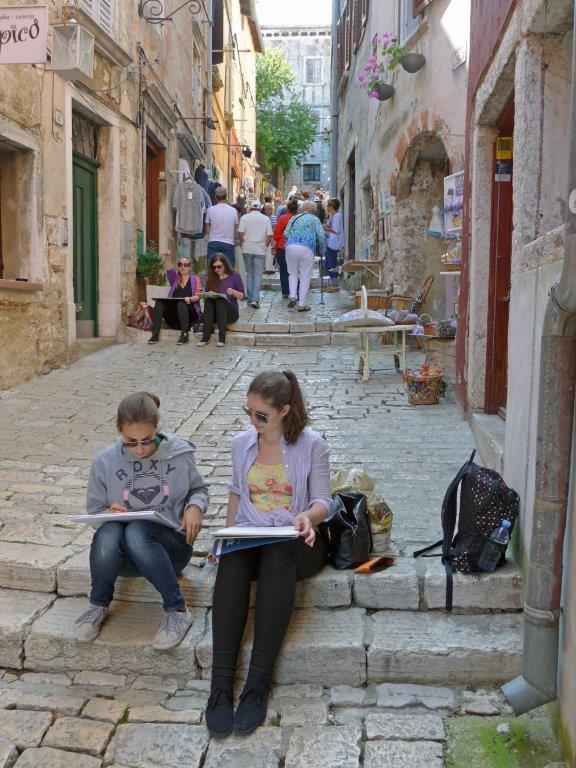 Group of tourists in the background walking up to the Church of St. Euphemia with art students in the foreground. 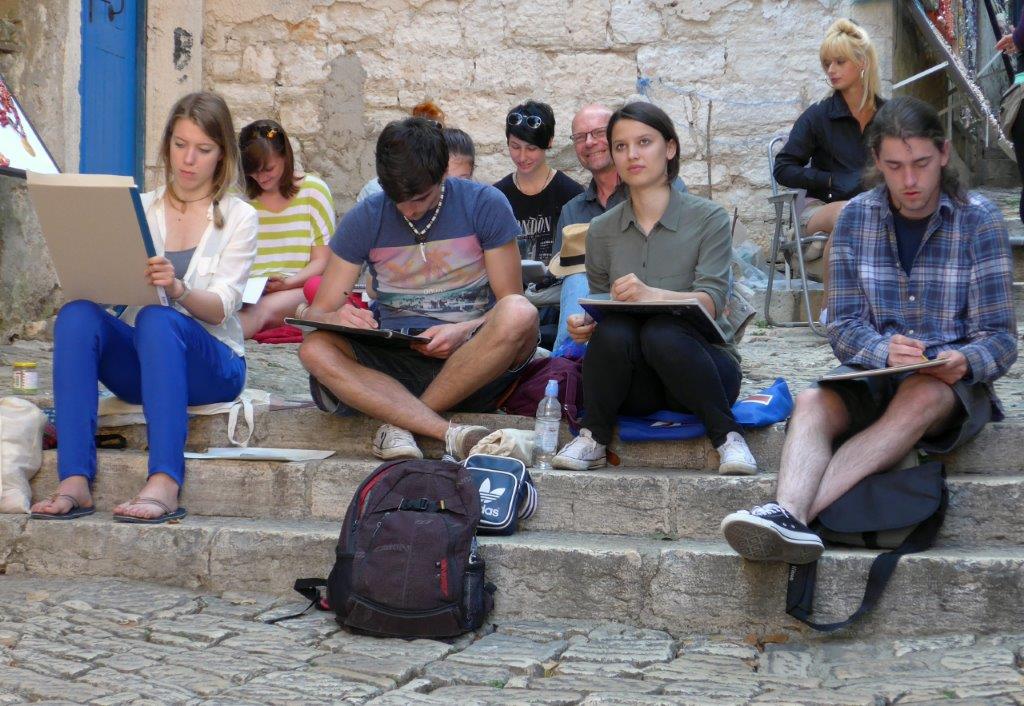 Art students.
The three-nave church St. Euphemia, the largest Baroque building in Istria, was built between 1725 and 1736 over the remains of older, earlier Christian structures. It houses the marble tomb of St. Euphemia who was tortured by Emperor Diocletian and thrown to the lions in 304 CE.  The Saint’s relics are preserved in a Roman sarcophagus from the 6th Century CE, which was in Constantinople for several centuries before appearing, without explanation, in Rovinj. 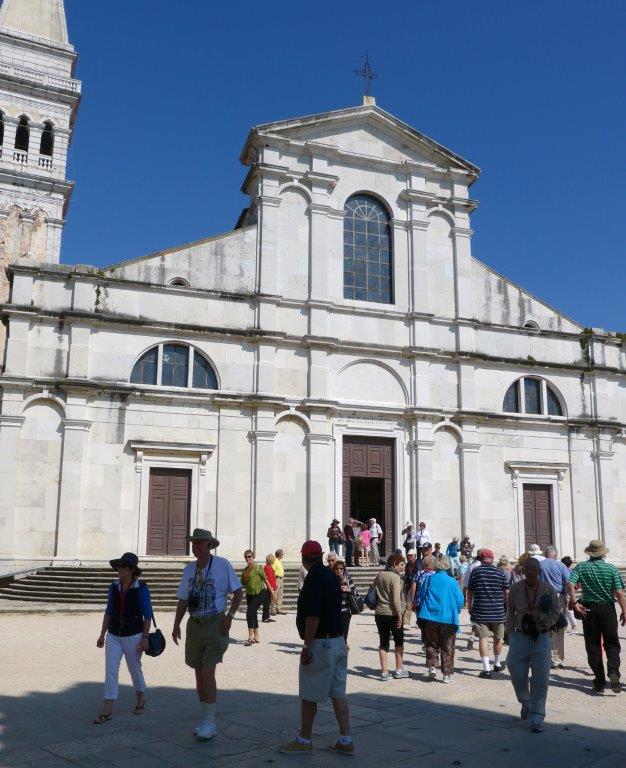 The Church of St. Euphemia. 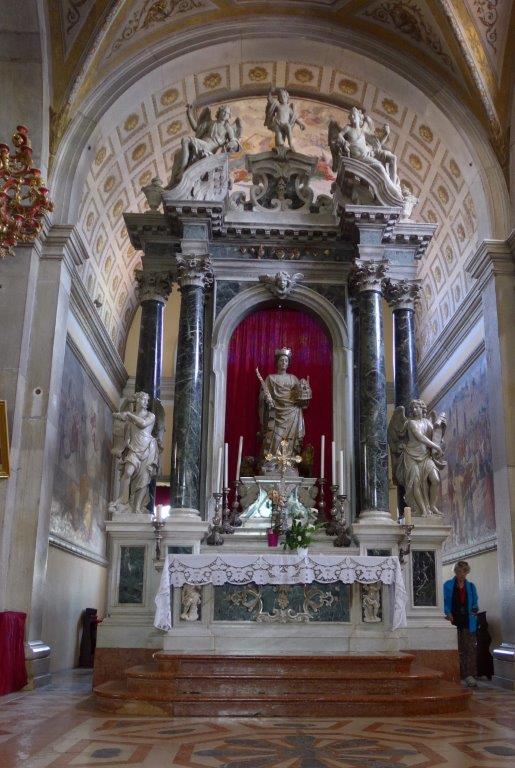 The altar behind which the sarcophagus of the Saint is located.
The bell-tower, resembling the tower of St. Mark’s in Venice was built earlier – 1654-1680.  The statue of the patron saint on top of the tower is placed on bearings so that it revolves with the wind, serving as a wind vane. 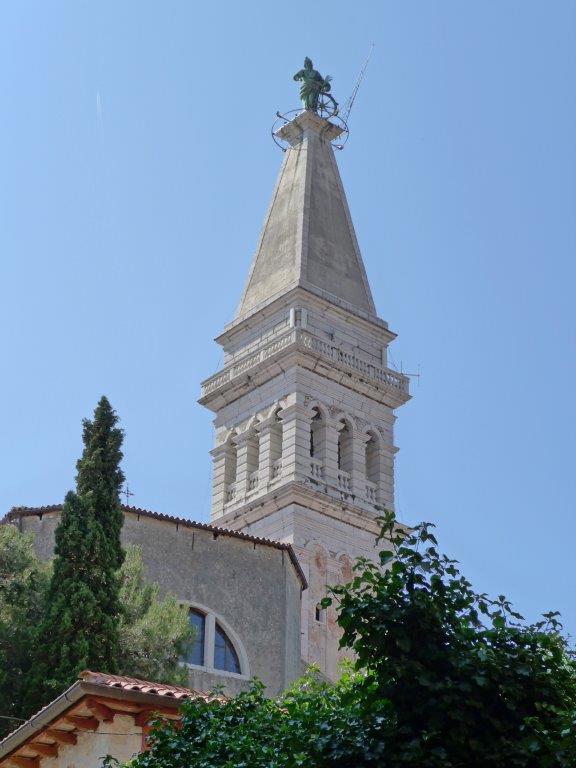 The Bell Tower of St. Euphemia.
According to the Istria Tourist Board, Rovinj/Rovigno is the second biggest tourist destination in the county. During the summer season a high speed ferry links Venice and Rovinj/Rovigno.  Although hotel rooms are abundant in the town they are usually overbooked in the summer months.
The town is officially bilingual (Italian and Croatian) so both names – Rovinj and Rovigno are official and equal.
(Photographs by George Repin in 2014)