Spring is here and wattles are out in bloom: a love letter to our iconic flowers 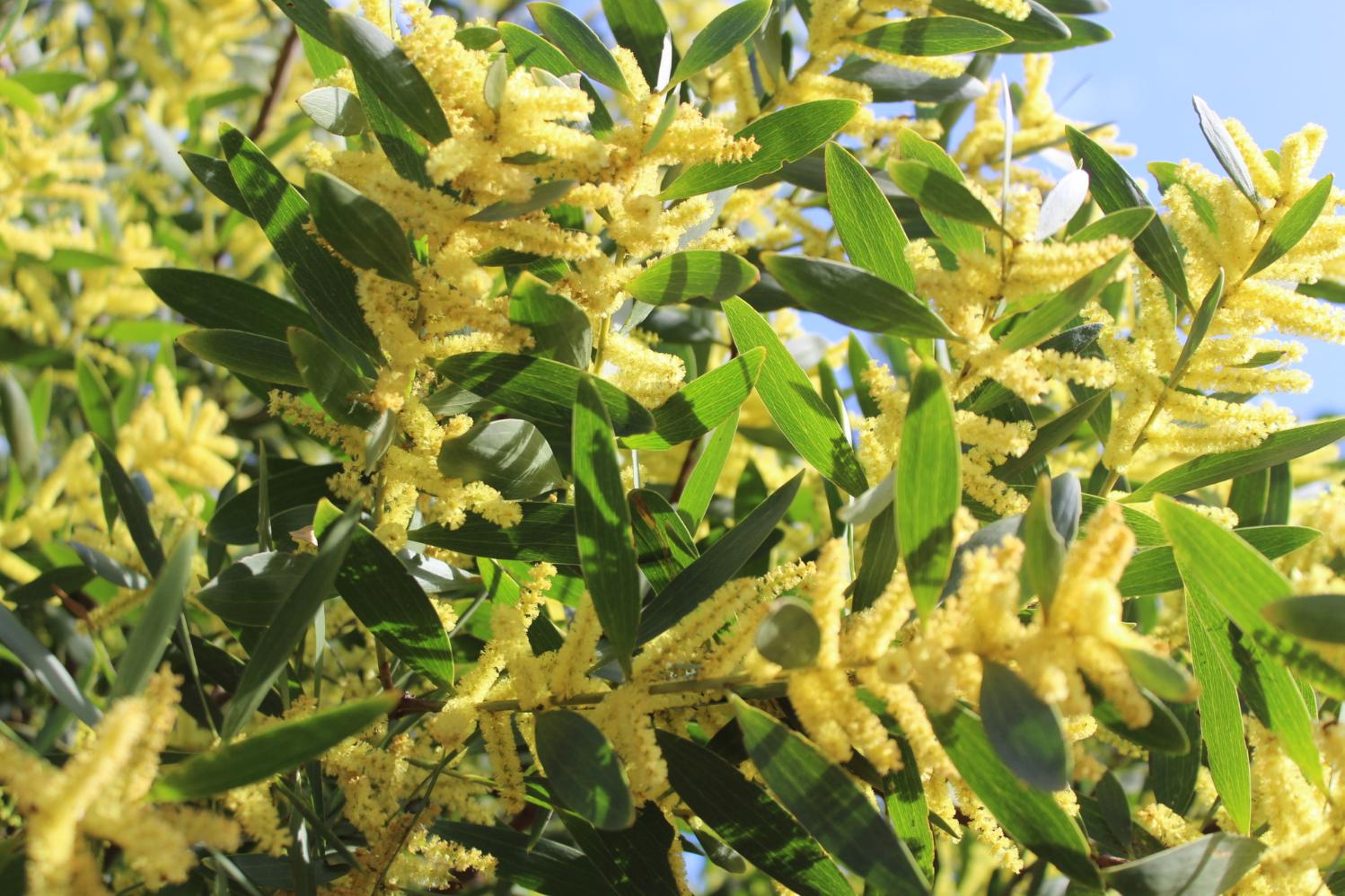 Bright plashes of yellow are everywhere from Wattle blooming. A J Guesdon photo, 2020

by Gregory Moore, Doctor of Botany, University of Melbourne

Spring has arrived, and all over the country the hills and riversides are burnished with the green and gold of Australian wattles, all belonging to the genus Acacia.

It’s a spectacular sight, but not a surprising one as there are about 1,000 Australian species in the Acacia genus ranging from very small shrubs to tall, longed-lived trees. They occur in ecosystems from the arid inland to the wet forests of the east coast.

Wattles have been widely used by Indigenous people for millenia, and celebrated by “Wattle Day” on September 1 for more than a century.

But their lineage may be much older. Australian wattles have relatives in Africa, South America, India and parts of Southeast Asia. This distribution suggests the wattles may have originated in Gondwana before the super-continent fragmented about 180 million years ago.

So let’s take a closer look at what makes these iconic flowers so special.

Not everyone welcomes the wattles’ golden blooms — many blame wattle pollen for their hay fever or asthma.

However, many species of wattle have aggregated pollen, which means it’s very heavy and tends to fall straight to ground. You have to be virtually under the plant for it to affect you.

They can cause trouble, but it’s more likely your allergy is due to some other inconspicuous plant, such as grass, that you haven’t noticed compared to the bright yellow of the wattles. It’s worth having an allergy test.

While a majority of wattles flower in spring and summer, a significant group — such as the sunshine wattle (A. botrycephala), Gawler Range wattle (A. iteaphylla) and flax wattle (A linifolia) — flowers in autumn and winter. This can give the impression in some places that they’re flowering year-round.

What’s more, many species are hardy, and they can help in the process of taking nitrogen from the air and adding to the soil. That means they can be very handy in ancient, nutrient-poor Australian soils.

Many of the smaller shrub wattles may live for only a decade or so, but some, such as mulga (Acacia aneura) can live for centuries and are crucial to the viability and stability of arid inland ecosystems. They can have surprisingly large and deep root systems for such small shrubs or trees. This is to obtain water, but also binds the soil.

However, mulga-munching horses, cattle and other feral grazers threaten the persistence of mulga-dominated communities. If mulga and other inland Acacia species are lost, the soils can become loose and mobile, which results in stable productive land becoming desert.

By any other name

In the early 2000s, there was fierce debate among plant taxonomists about how closely the African and Australian species were related.

The name “Acacia” rightly belonged to the African group, but because there were so many Australian species that would need to be renamed, Australia was allowed to keep the name “Acacia” in 2011 — much to the chagrin of foreign taxonomists.

This resulted in the genus being divided. Australian wattles stayed as Acacia, but African wattles are now in the genera Vachellia or Senegalia, and those from the middle Americas (around Mexico) are Acaciella and Mariosousa.

There are also weedy wattles in Australia and elsewhere. Many of us know from hard experience that the splendid ornamental tree, Cootamundra wattle (Acacia baileyiana), can become a weed if it grows outside its very restricted natural range in New South Wales. And Australia’s black wattle (A. mearnsii) is a significant weed in other parts of the world.

It can come as a bit of a blow to know Australia’s floral emblem, golden wattle (A. pycnantha), can be weedy both at home and when it travels abroad (perhaps like some Australians).

Interestingly, most of the Australian wattles lack thorns, unlike their relatives in Africa. In Africa, thorns protect the plants from large mammalian grazers such as giraffes.

If you don’t like ants, it might be worth checking which species of wattle you have in your backyard, or intend to buy.

Many wattles have a very special relationship with some insects. In Central America, ants penetrate the thorns of Bulls Horn wattle trees and establish their colonies. They then defend the tree against other insects, and if branches of another tree touch the host tree, the ants will cause such damage that the other tree will die back.

In Australia, the relationship between ants and wattles is based on food. The hard wattle seeds have a tasty and oil-rich outgrowth called an “aril”, which is irresistible to some ant species.

The ants harvest the seeds and take them back to their nest, where they’re safe from other hungry grazers until it is damaged by fire or flood and the seeds germinate.

Some wattles, the mulga among them, have little glands at the base of their phyllodes (the modified leaf stalks). These glands secrete a form of sugary syrup that attracts feeding ants. These ants may also protect host trees or perhaps leave the flowers alone to allow a greater seed set to grow.

It’s clear wattles have a lot going for them. They are diverse in number, habit, size, longevity and flowering season — there’s a wattle for every occasion. For all of these great traits, it’s still that green and gold that endears them to Australians.

If you would like to add more Australian plants to your garden to make this place healthier, restore degraded areas, along with providing food for local wildlife and insects, please visit: 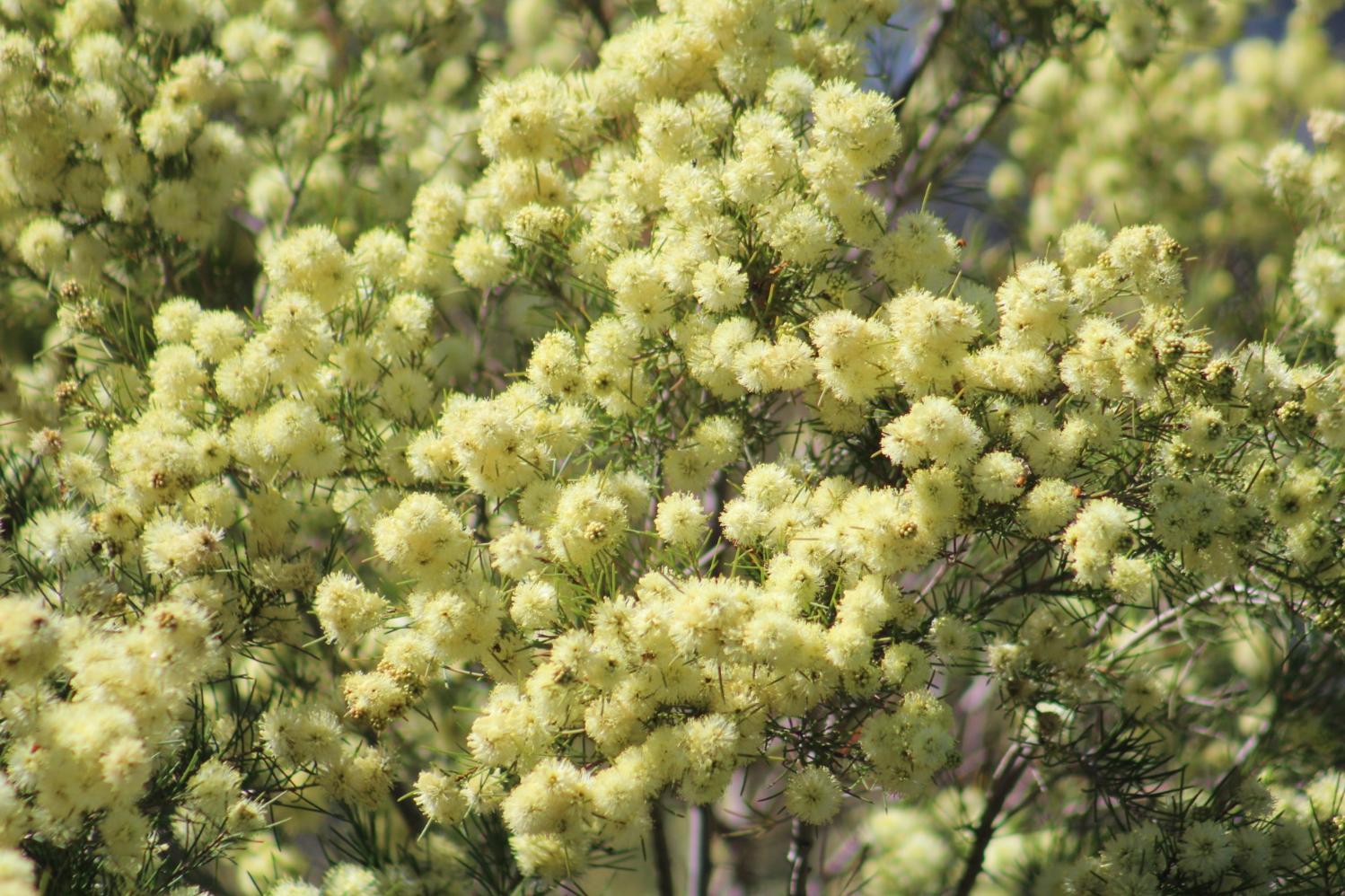 An October blooming acaia - photo by A J Guesdon, 2020

Some Gardening Specials From Johnson Brothers Mitre 10 For Spring 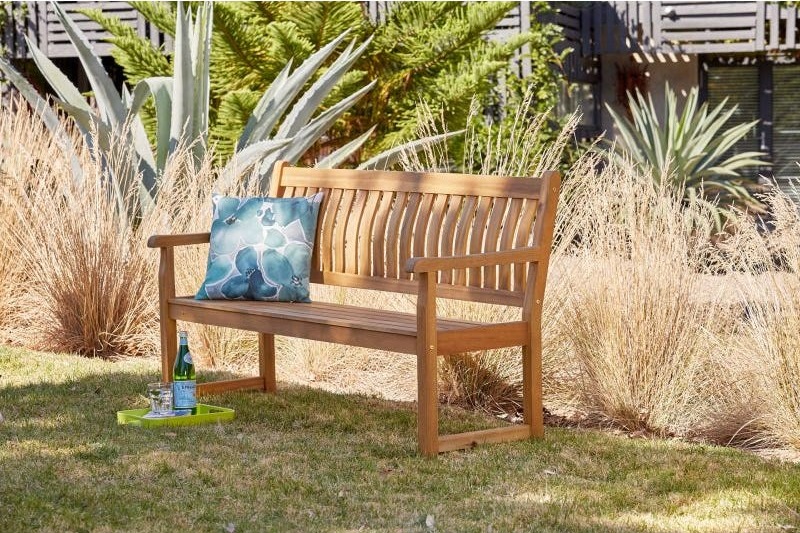 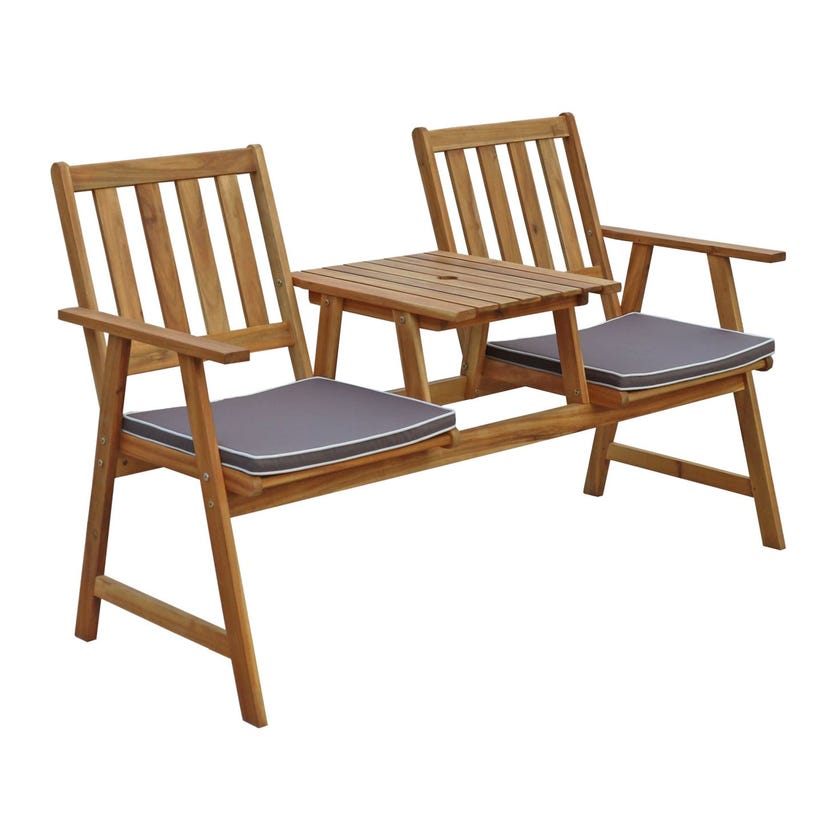 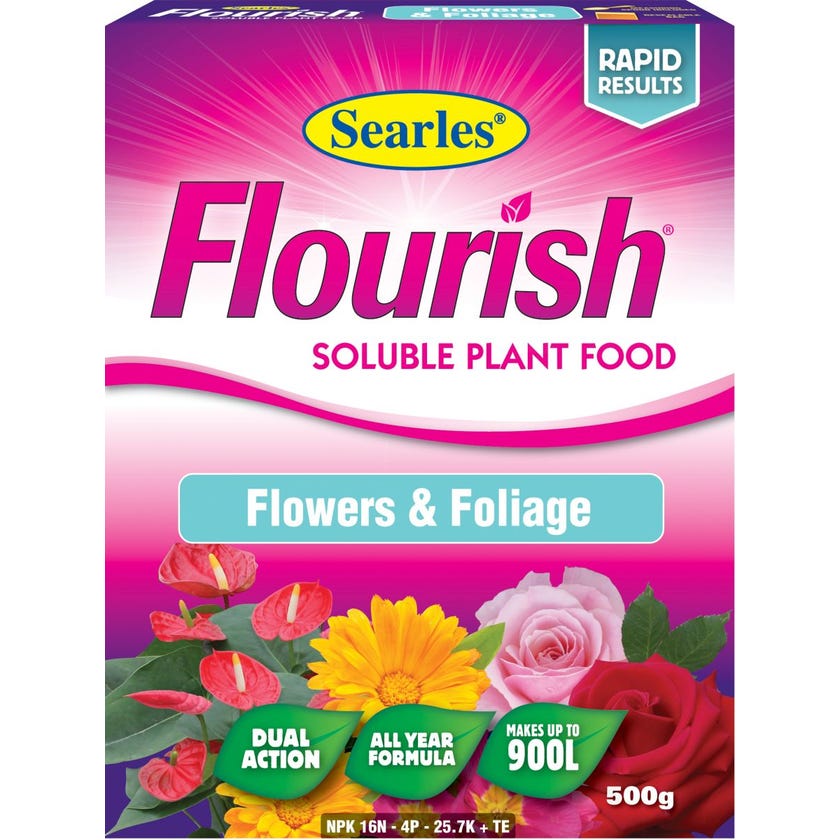 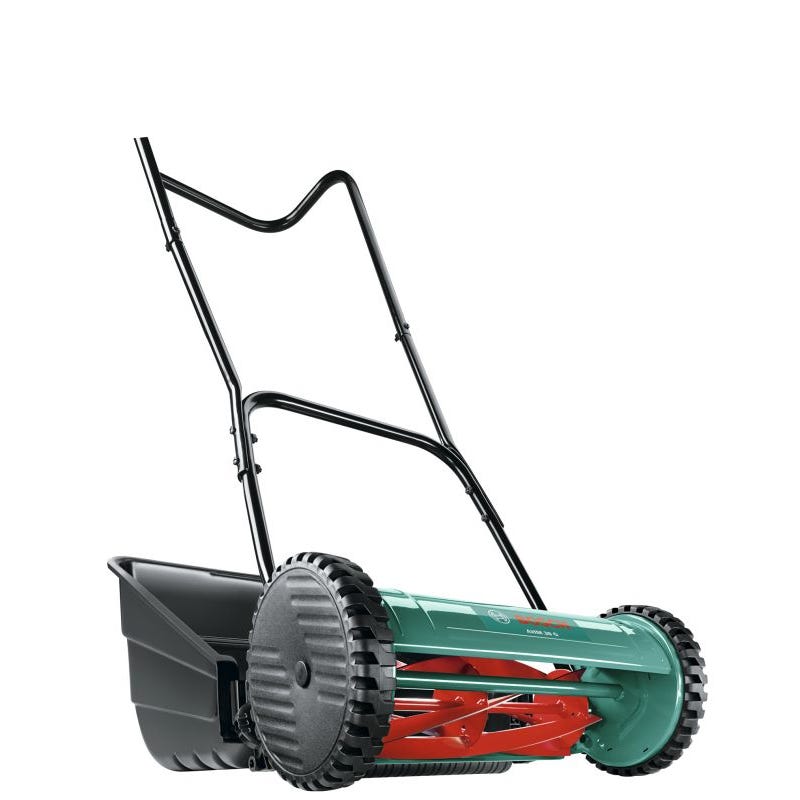 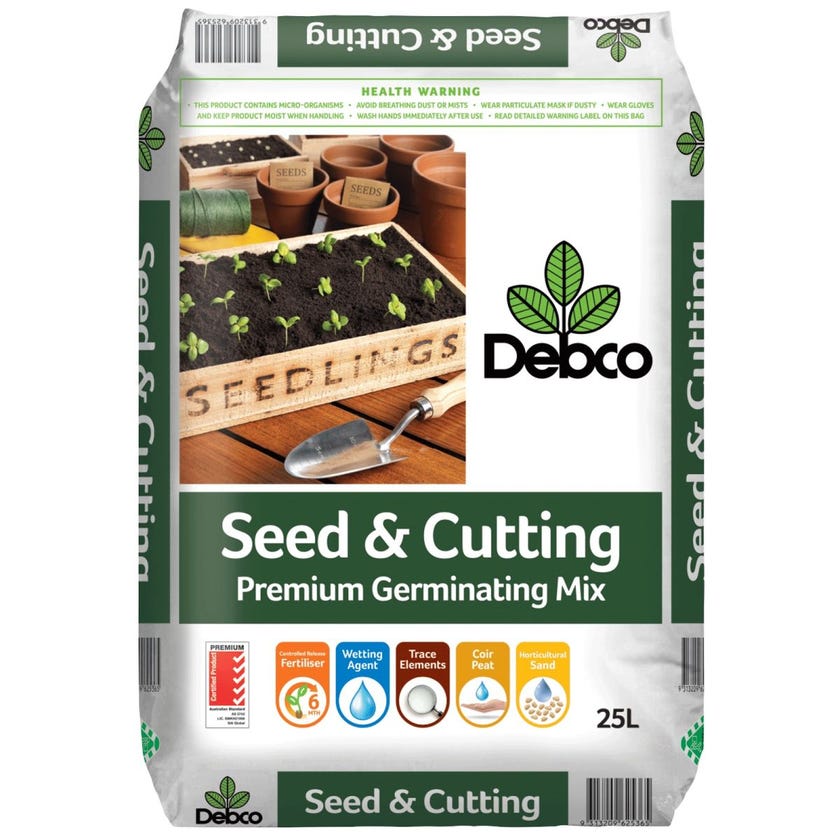 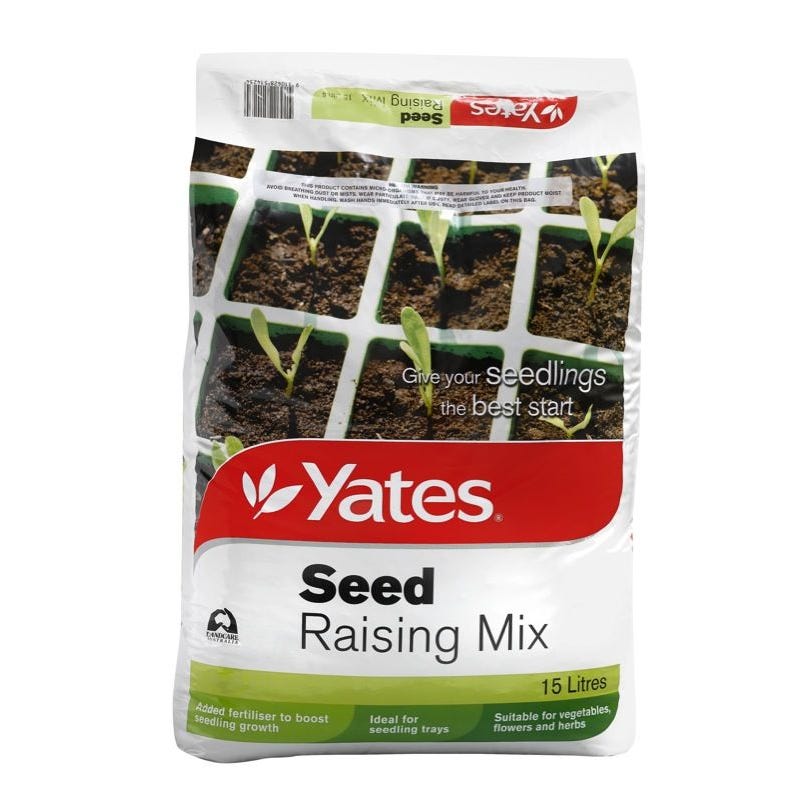 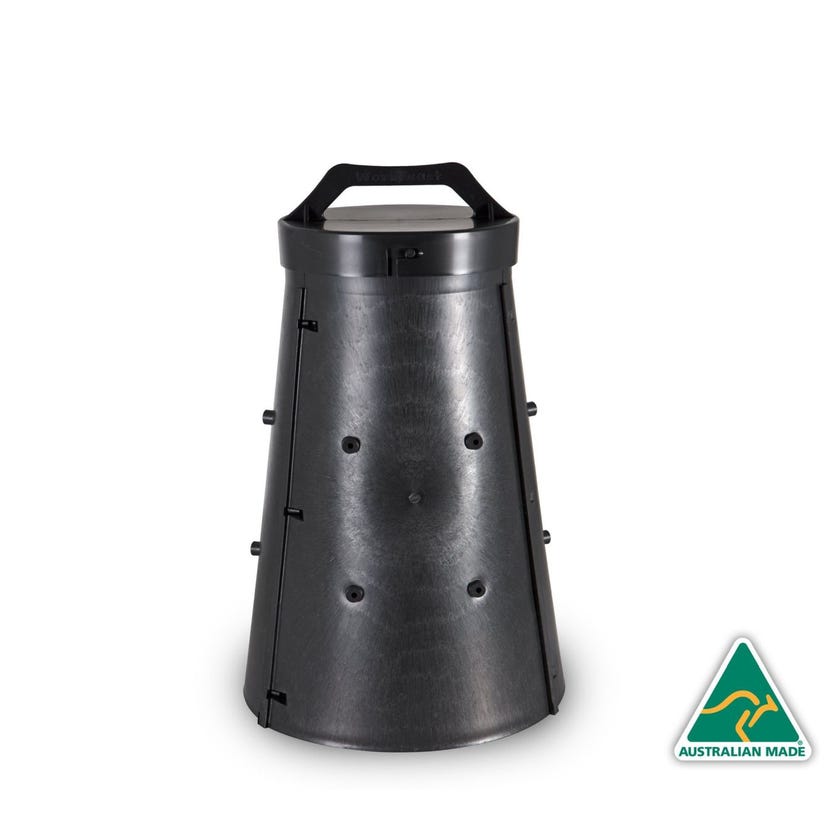 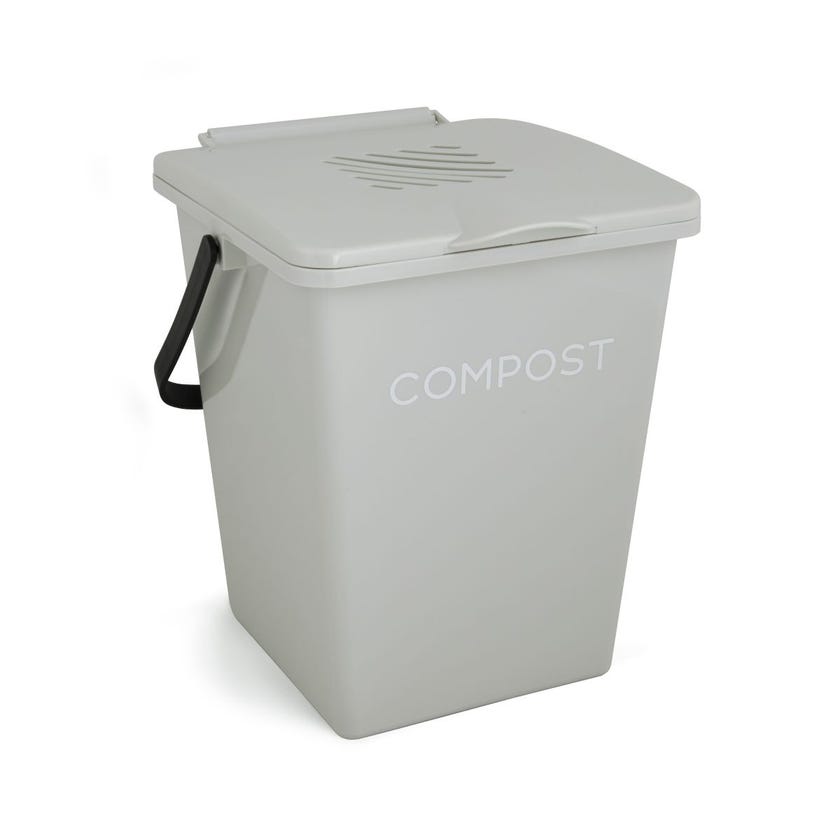 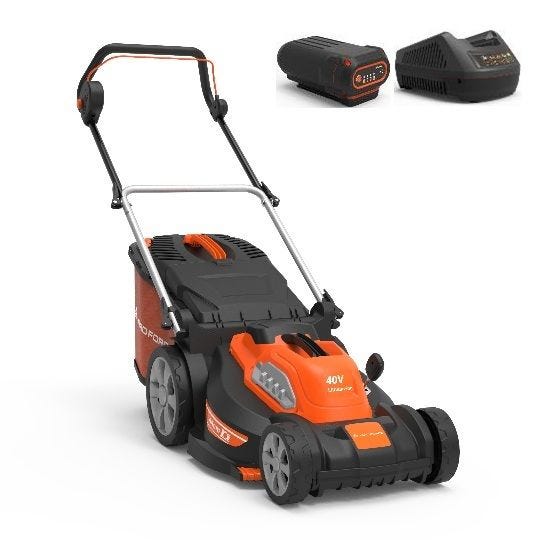 The new way to mow. The Yard Force G40A 40V electric lawn mower delivers the power you need for a clean lawn in a quiet, lightweight package. Weighing only 18 kilograms but sporting a 3200 RPM brushless motor and an impressive 16-inch cutting width, the G40A is ideal for small and medium lawns up to 500 m2.  It’s all electric design means no priming or pulling – just one button and you’re ready to mow. The powerful 40V lithium ion-battery pack gives you all the time you need to get your lawn looking pristine, while the ultra-efficient charger gives you a full recharge in just two hours.

A 45L grass bag has all the room you need for even the biggest jobs, while central cutting-height control gives you easy choice of seven different heights, making it simple to give different areas the individual treatment they deserve. Order your new Yard Force lawn mower from Mitre 10 today. 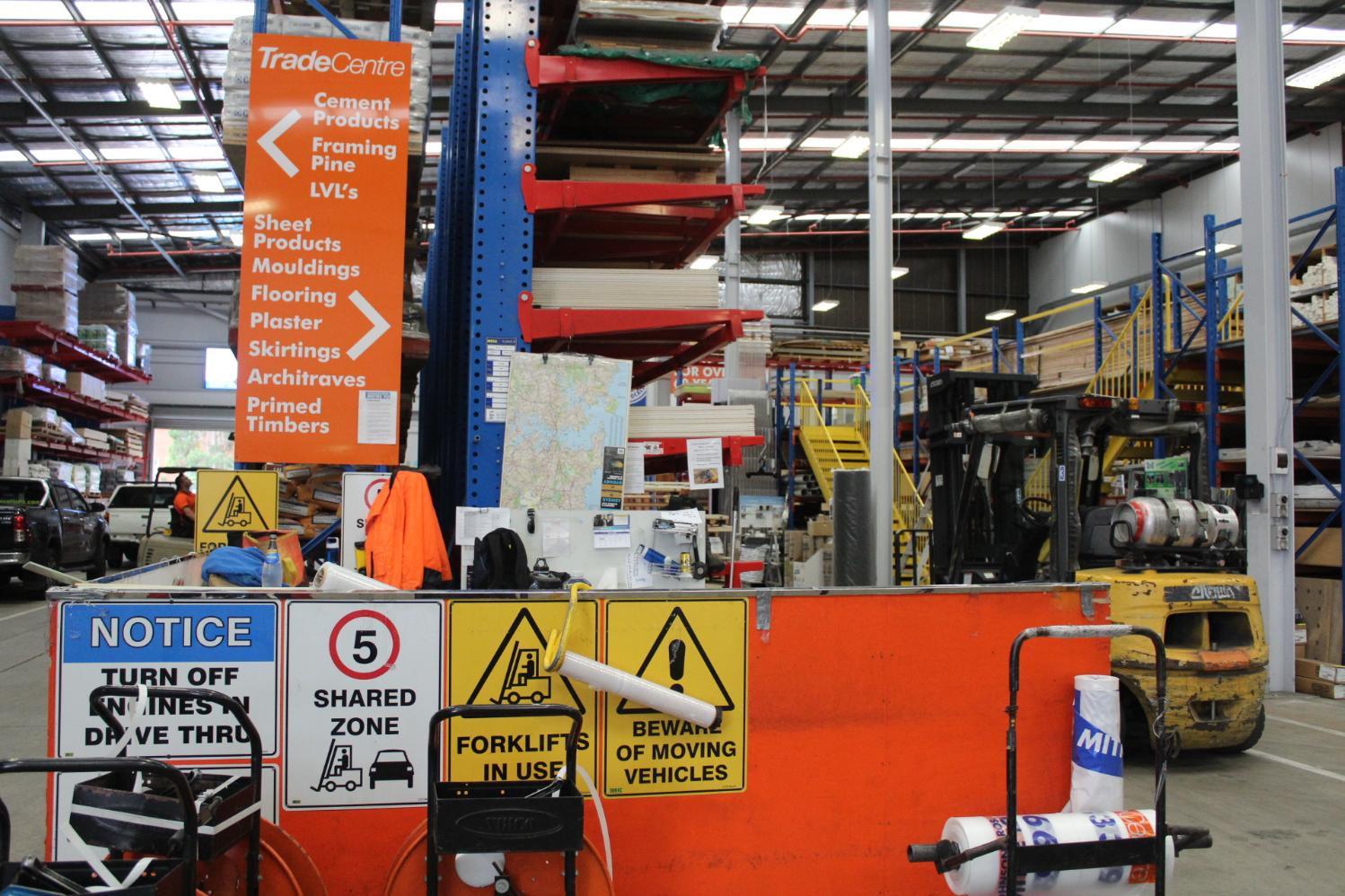 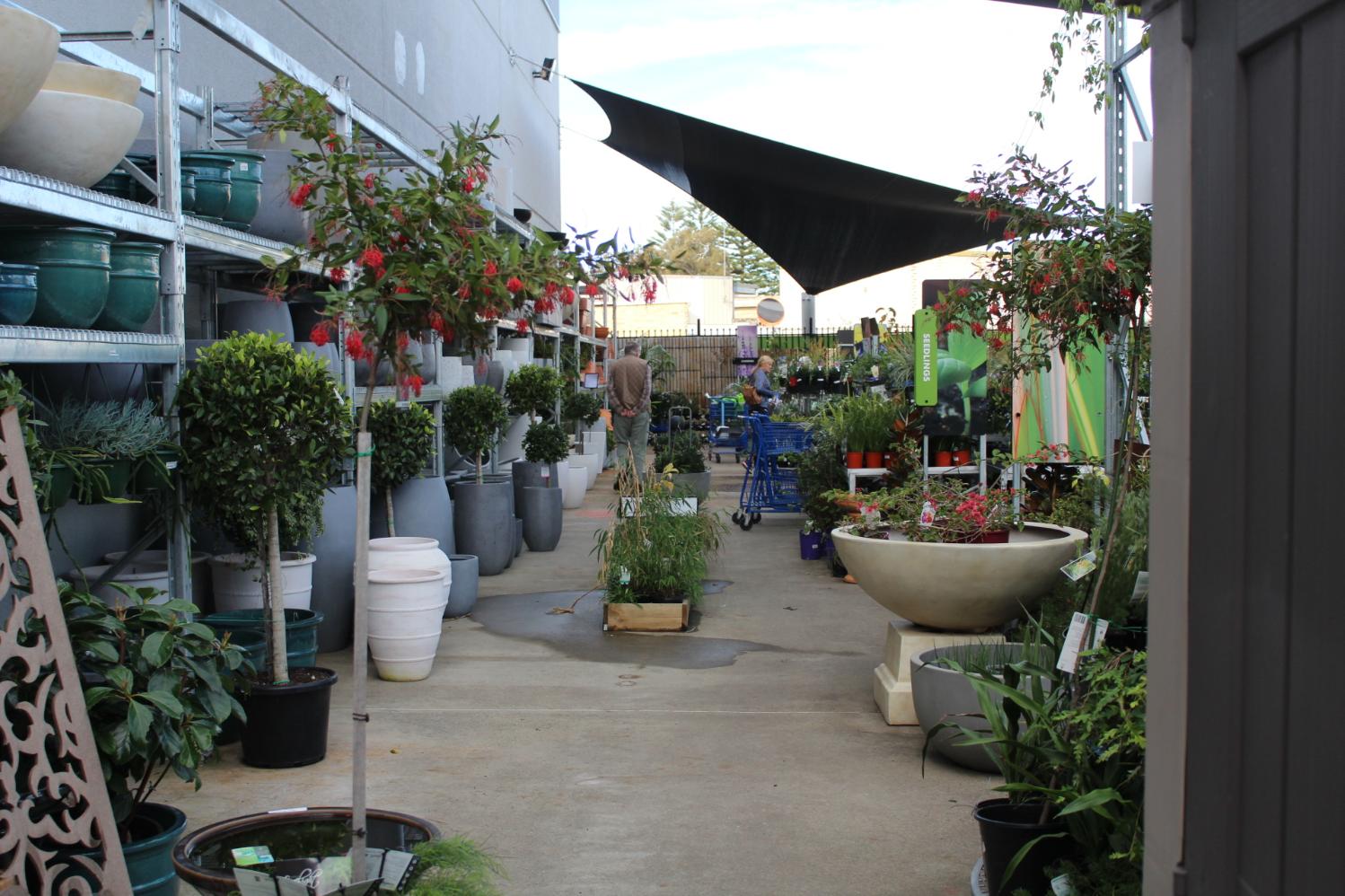 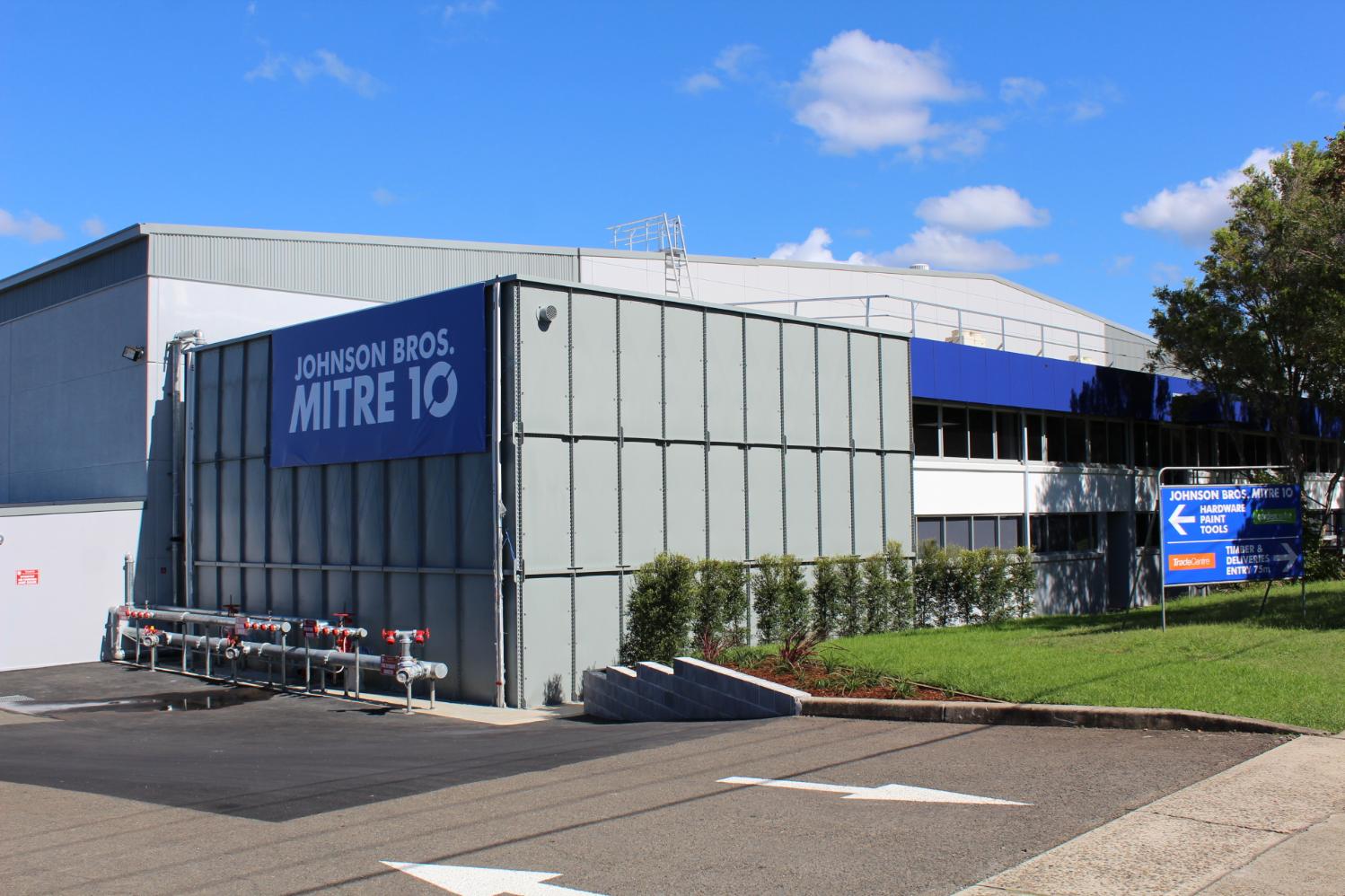 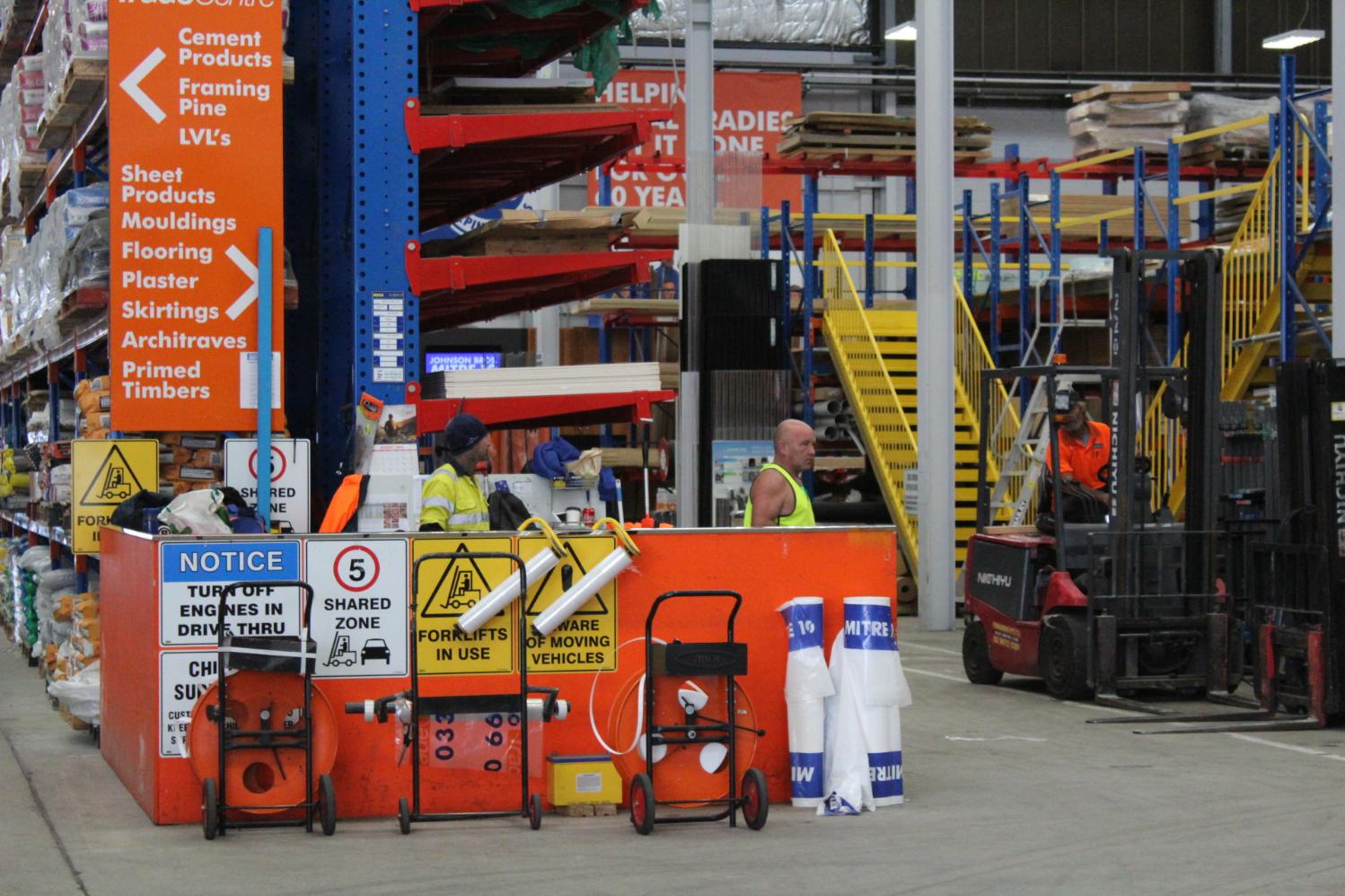 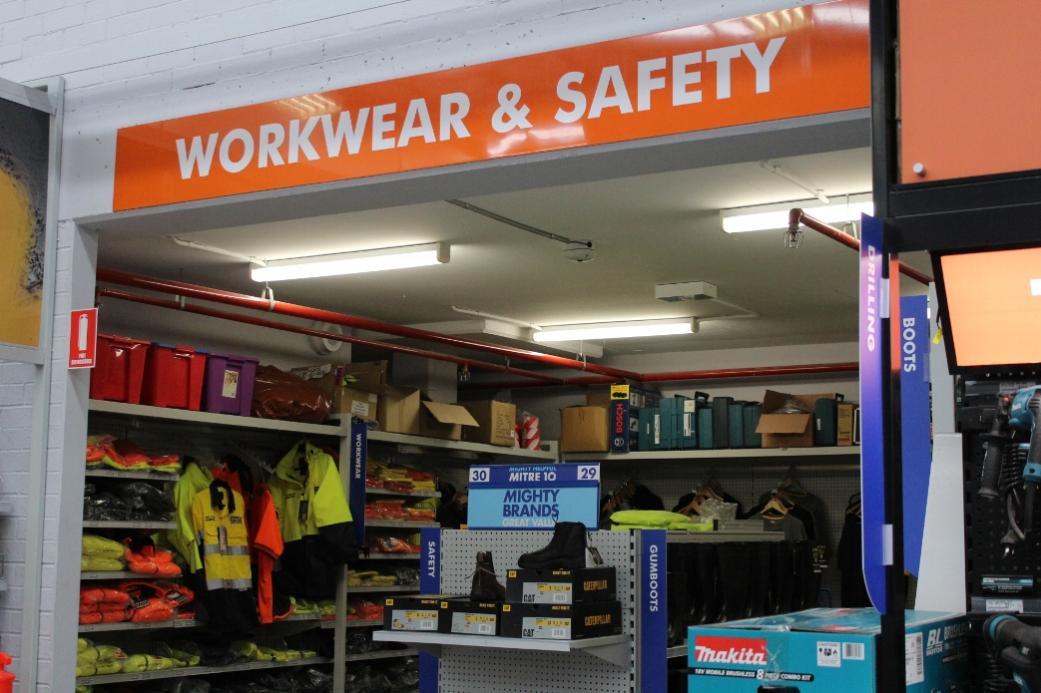 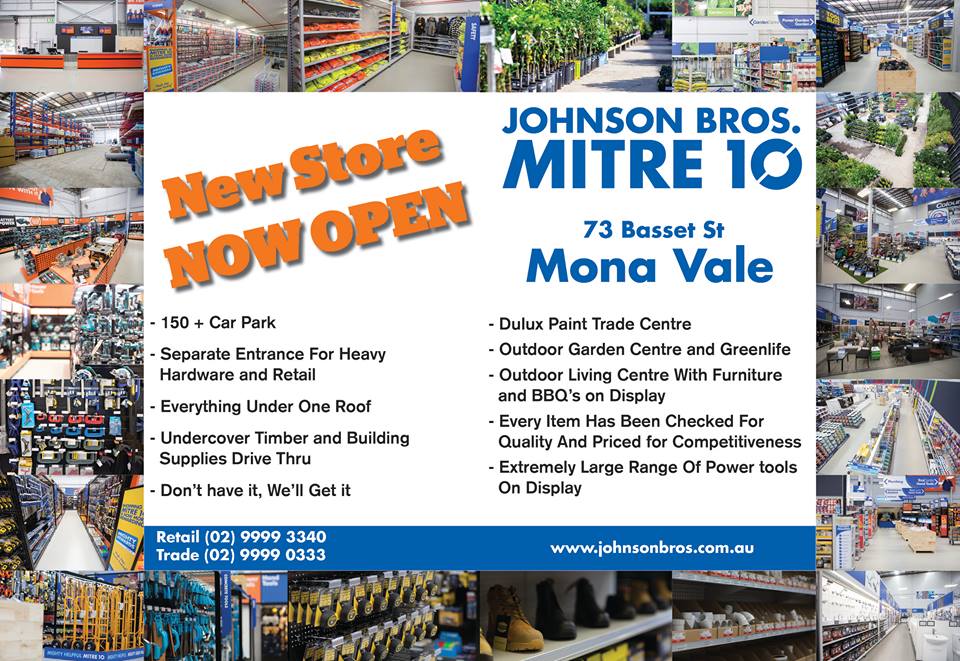 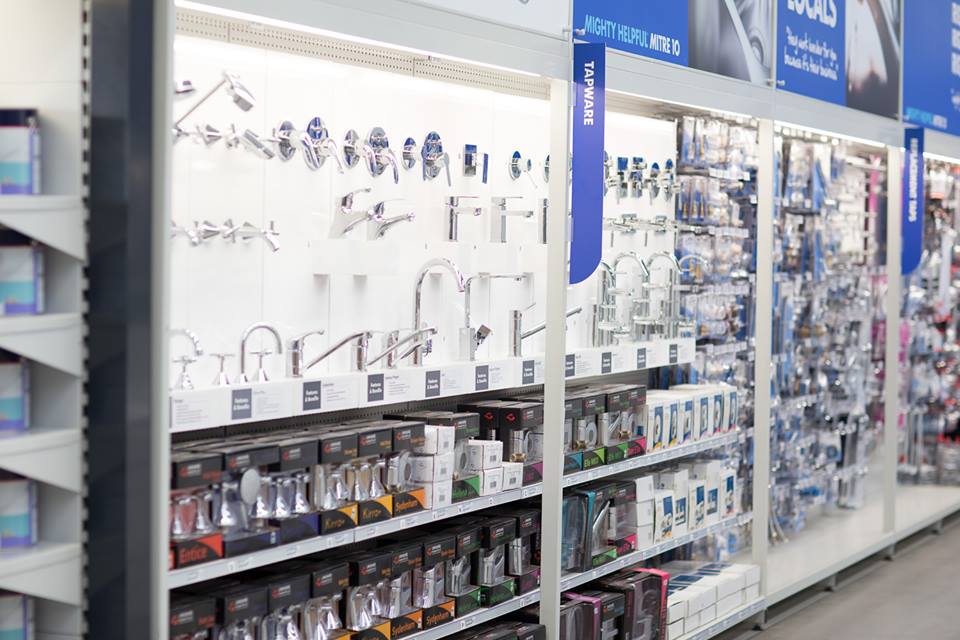