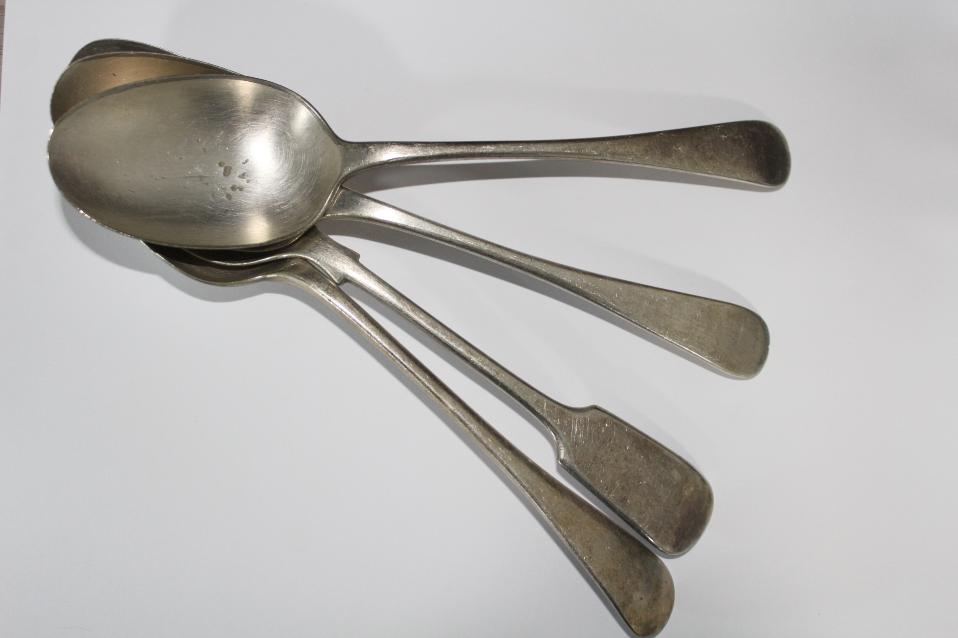 Many of us are lucky enough to have one or a few of those wonderful old sterling silver tablespoons inherited from mum or grandma lingering in our cutlery drawer.

What may be well-known by our younger generations as that these were originally used as soup spoons and are still in many European countries. Their value has increased as time goes on, not decreased, with well looked after versions attracting good prices from or for collectors and those by preferred makers doing even better than that. 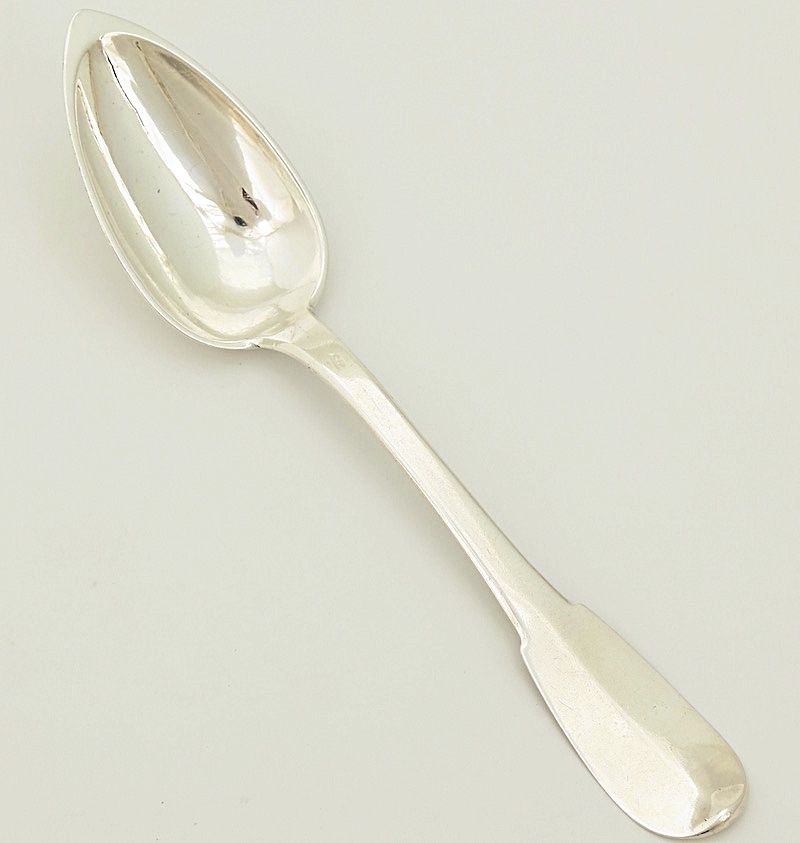 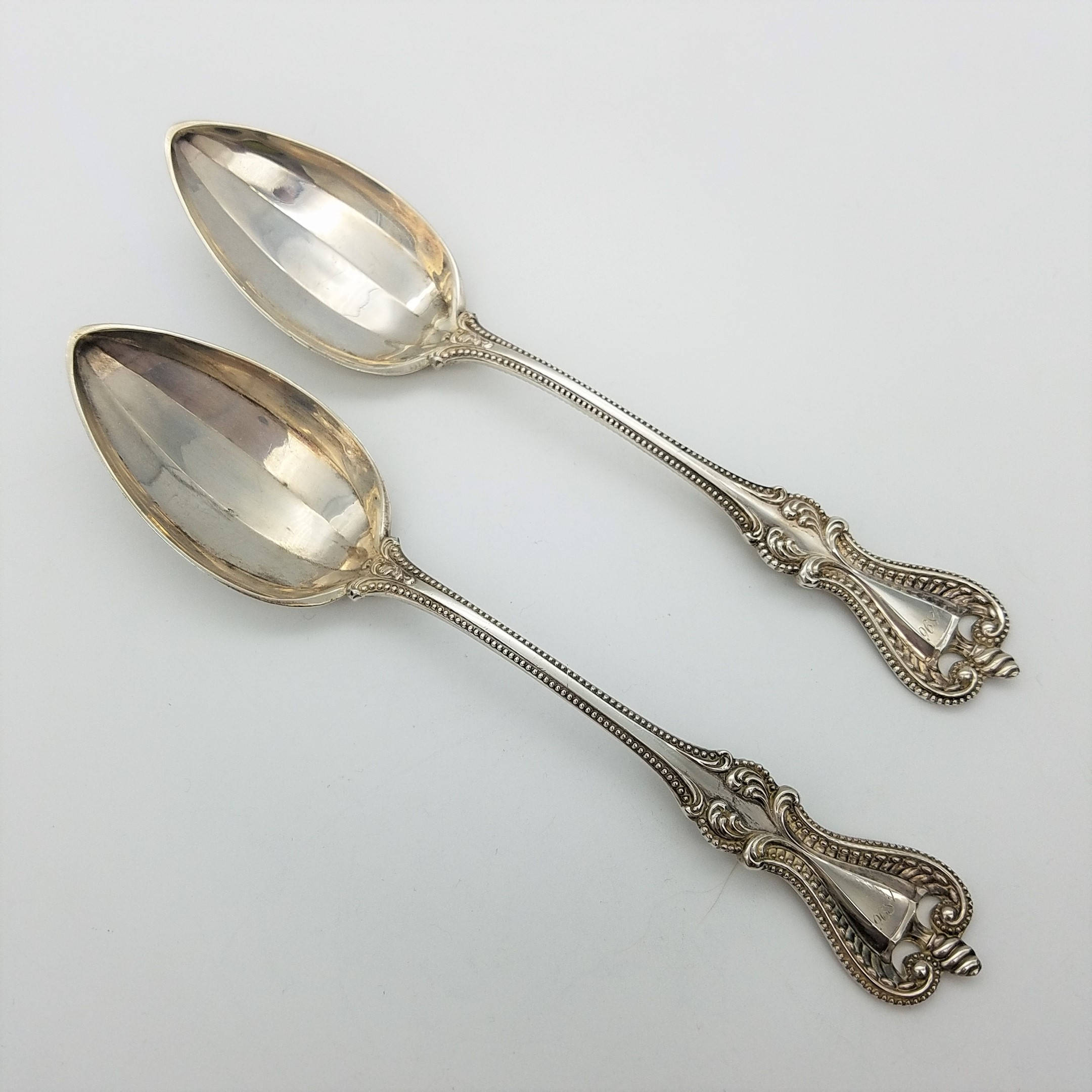 The spoon is the oldest eating utensil we have. Preserved examples of various forms of spoons used by the ancient Egyptians include those composed of ivory, flint, slate and wood; many of them carved with religious symbols. During the Neolithic Ozieri civilization in Sardinia, ceramic ladles and spoons were already in use. In Shang Dynasty China, spoons were made of bone. Early bronze spoons in China were designed with a sharp point, and may have also been used as cutlery. The spoons of the Greeks and Romans were chiefly made of bronze and silver and the handle usually takes the form of a spike or pointed stem. In the early Muslim world, spoons were used for eating soup.

Medieval spoons for domestic use were commonly made of cow horn or wood, but brass, pewter, and latten spoons appear to have been common in about the 15th century.

The full descriptions and entries relating to silver spoons in the inventories of the royal and other households point to their special value and rarity. The earliest English reference appears to be in a will of 1259. In the wardrobe accounts of Edward I for the year 1300 some gold and silver spoons marked with the fleur-de-lis, the Paris mark, are mentioned. One of the most interesting medieval spoons is the coronation spoon used in the anointing of the English sovereign. 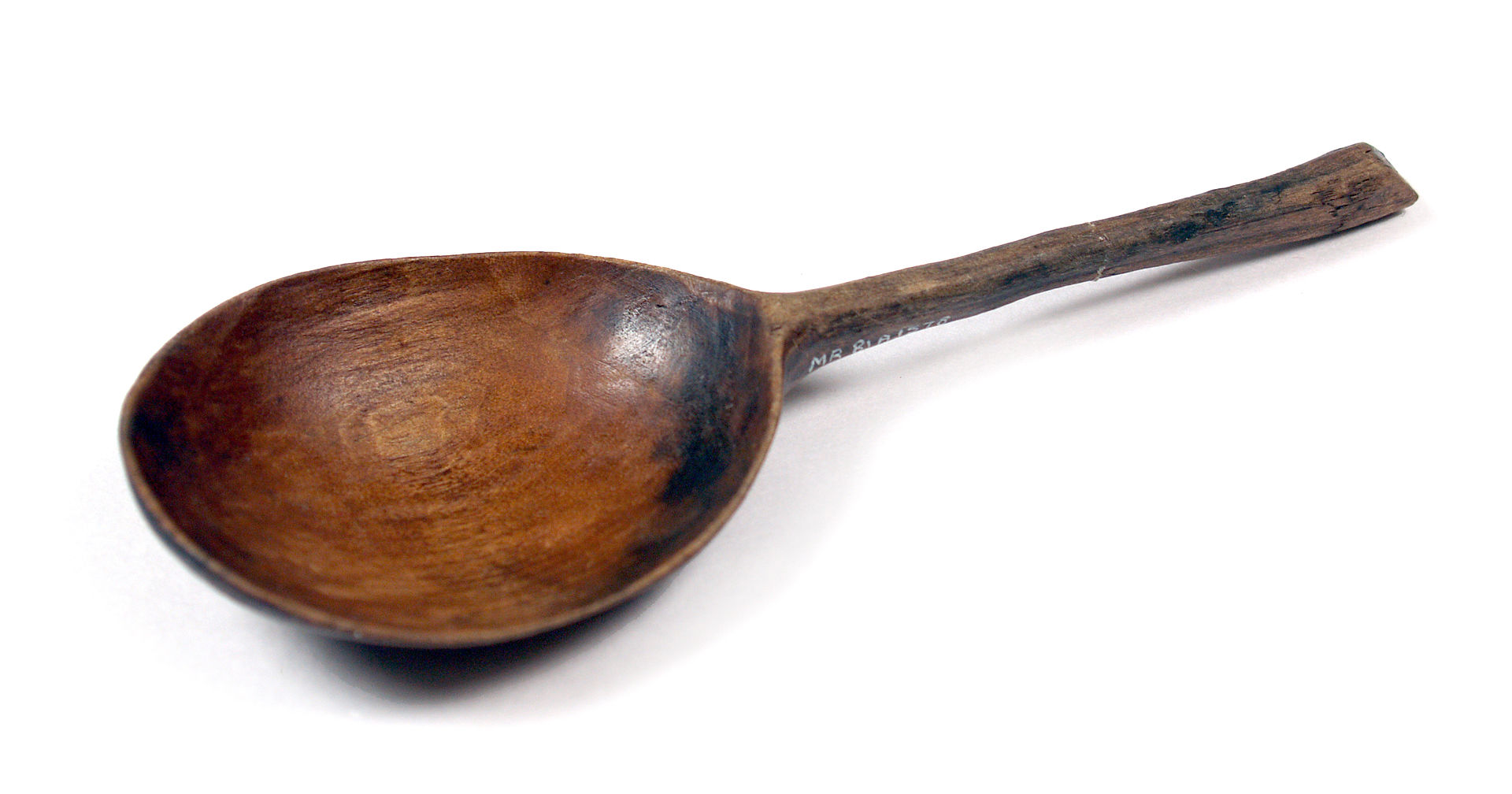 The sets of Apostle Spoons, popular as christening presents in Tudor times, the handles of which terminate in heads or busts of the apostles, are a special form to which antiquarian interest attaches. These originated in early-fifteenth century in Europe as spoons used at table (often produced in sets of thirteen, the thirteenth, showing Jesus, usually being referred to as the 'Saviour' or 'Master' spoon). The British Museum in London has a set from England dating from 1536–7 which has a figure of the Virgin Mary on the thirteenth spoon. By the sixteenth century they had become popular as baptismal presents for godchildren, but were dying out by the 1660s. In some communities this tradition continued until at least the mid-twentieth century.

They first appeared as a bequest in the will of one Amy Brent who, in 1516, bequeathed "XIII sylver spones of J' hu and the XII Apostells."

They are alluded to by the dramatists Ben Johnson, Thomas Middleton, Francis Beaumont, and John Fletcher. Shakespeare refers to it in Henry VIII, Act 5, Scene 3, where Cranmer declines to be sponsor for the infant Elizabeth because of his lack of money. King Henry banters him with "Come, come, my lord, you'ld spare your spoons." 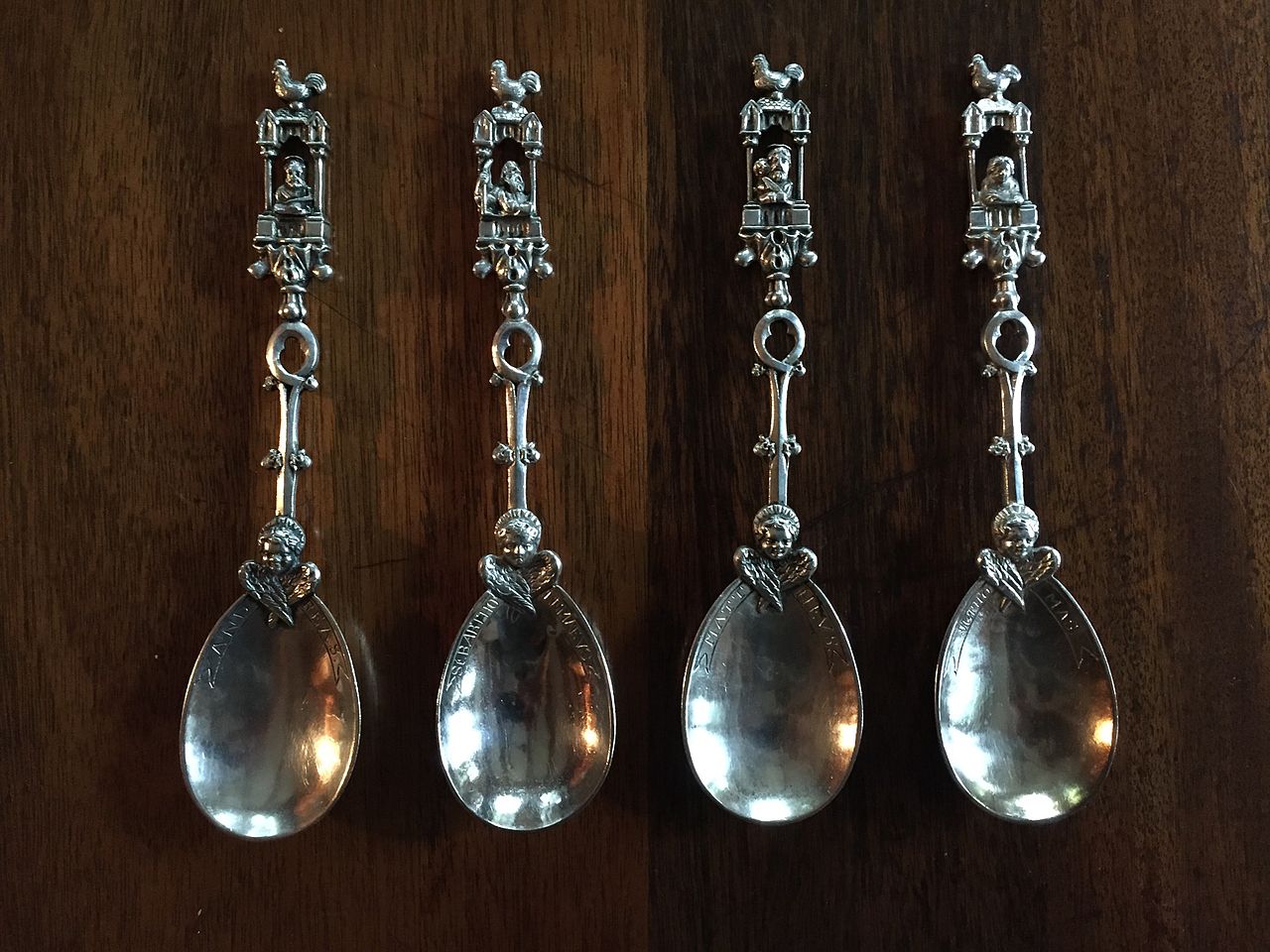 Other forms of earlier English spoon-handles terminate in an acorn, plain knob or a diamond; at the end of the 16th century, the baluster and seal ending becomes common, the bowl being fig-shaped. During The Restoration, the handle becomes broad and flat, the bowl is broad and oval and the termination is cut into the shape known as the hind's foot.

Before about 1700, it was customary for Europeans to bring their own spoons to the table. Spoons were carried as personal property in much the same way as people today carry wallets, key rings, etc.

From about 1700 the place setting became popular, and with it the "table-spoon", "table-fork" and "table-knife". Around the same time the tea-spoon and dessert-spoon first appeared, and the table-spoon was reserved for eating soup. The 18th century witnessed a proliferation of different sorts of spoons, including the mustard-spoon, salt-spoon, coffee-spoon, and soup-spoon.

In the 18th century, the tablespoon became an unofficial unit of the Apothecaries' system of measures, equal to 4 drams or ​1⁄2 fl oz. It was more commonly known by the Latin cochleare majus (abbreviated cochl. maj.) or, in Apothecaries' notation, f℥ss or f℥ß.

Today the soup spoon is the size of a dessert spoon (i.e., smaller than a tablespoon) but with a deeper, more circular bowl for holding liquid. Modern soup spoons are usually stainless steel or silver-plated, but in the past wooden and horn spoons were more common. The idea of including a separate soup spoon in a table setting originated in the eighteenth century, when the bowl shapes varied widely, deep or shallow, oval, pointed, egg-shaped or circular. Spoon shapes became more standardised in nineteenth-century silverware. 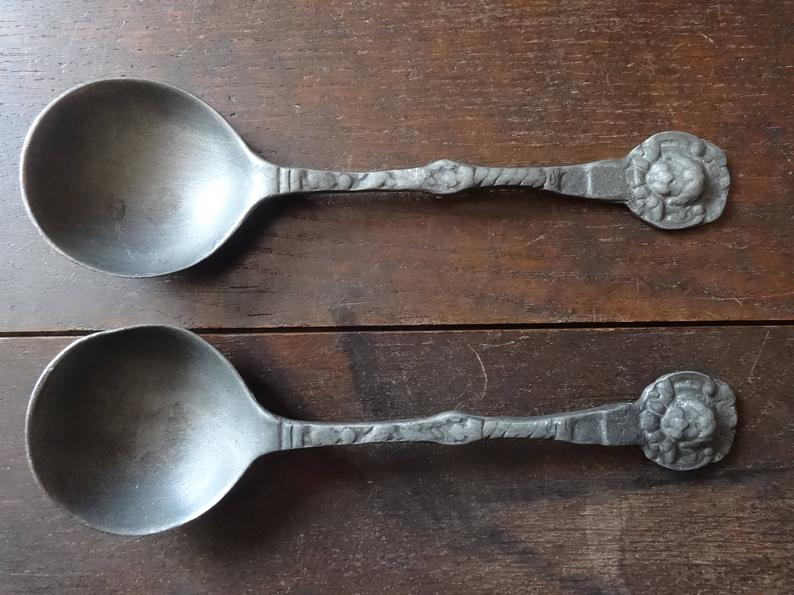 In the late 19th century UK, the dessert-spoon and soup-spoon began to displace the table-spoon as the primary implement for eating from a bowl, at which point the name "table-spoon" took on a secondary meaning as a much larger serving spoon. At the time the first edition of the Oxford English Dictionary was published in 1928, "tablespoon" (which by then was no longer hyphenated) still had two definitions in the UK: the original definition (eating spoon) and the new definition (serving spoon). [1.]

Victorian and Edwardian era tablespoons used are often 25 ml or sometimes larger. All those who love period dramas or costume drama movies may have seen characters delicately sipping soup from the side of these gigantic spoons, their use in such films or television series proving a certain authenticity to the historic period or at least some research has been done.

As their worth, even for sentimental reasons, is sure to continue to rise, they are well worth looking out for if you visit Red Cross or Opportunity shops or hold on to those you have been handed by mum of grandma - they will never deteriorate as long as you look afetr them and will come in handy next time you host your own period drama dinner! 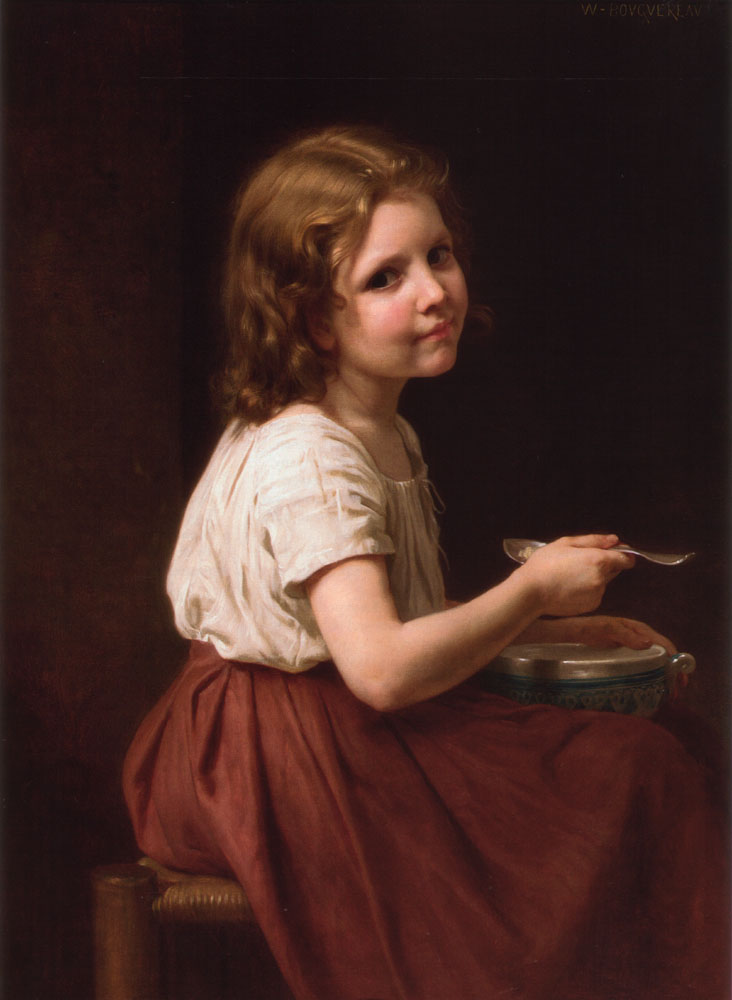 Towle Silversmiths is an American silver manufacturer.  Although Towle Silversmiths was not founded until 1857 (as Towle & Jones) and then 1873 (as A.F. Towle & Son); its progenitors included several members of the Moulton family, whose silversmiths dynasty is claimed to have the longest continuous span of silversmithing of any American family. From father to son, this family produced silversmiths for two hundred years.

In 1637, William Moulton (1615-1664) came together with his two brothers John and Thomas from Norfolk, England, and settled on Winnacunnet Road in Hampton, New Hampshire.

In 1664 his son William Moulton II (1664-1732) was born. In 1682 at the age of 18, William Moulton II left the family farm in Hampton and settled near the Merrimack River in a section of Newbury, Massachusetts that would later become Newburyport. By some accounts, he was the first in six generations of silversmiths. While he did buy and sell silver goods, he was basically a general trader.

His son Joseph Moulton (1694-1750) has also been proposed as the first Moulton to work in silver, but he was actually a blacksmith by trade, though he likely turned his hand to whatever came through his shop door.

Although most of the Moultons carried on their craft in Newburyport, some went to other communities where they established themselves as silversmiths.

The first verified silversmith was William Moulton III (1720–1793). He worked from 1742 to 1762 as a silversmith in Newburyport, Massachusetts, and from 1762 to 1788 in Hampstead, New Hampshire. He then moved in a covered wagon to Marietta, Ohio, carrying his silversmith's tools with him. He was one of the forty-eight pioneers to settle in the Northwest Territory, and is considered one of its founders. His son, Joseph Moulton (1744–1816), the fourth in line, worked from about 1764 to 1810 as a silversmith in Newburyport, with home and shop on State Street. He had four sons that were silversmiths. 1) Ebenezer moved to Boston. 2) Enoch moved to Portland, Maine, each of them continuing their crafts in their respective places. 3) Abel inherited his father's business in Newburyport.

His son William Moulton IV (1772–1861) was the fifth in line of the Moulton chain. He established his own shop in the same place.

He worked from 1795 to 1845 as a silversmith in Newburyport, Massachusetts. In addition to supplying well-crafted church silver and other vessels, he made jewelry in his shop on Merrimack Street. His son, Joseph Moulton (1814–1903), the sixth and final in line, was the one that sold the silver business he inherited, to his father’s two apprentices, Anthony Francis Towle and William P. Jones (who were also his apprentices), in 1857 to form Towle & Jones, Co. In 1873, the son of Anthony Francis Towle, Edward Bass Towle, was added to the business, and the name was changed to A.F. Towle & Son. It was in business through 1902, at which point their dies were purchased by Rogers, Lunt and Bowlen, who were later to become Lunt Silversmiths.

In 1882, Anthony Francis Towle, while still owning A.F. Towle & Son, established the Towle Manufacturing Co. In 1890, the company adopted the trademark of a large script "T" enclosed by a lion. Richard Dimes, an English silversmith who had immigrated to the U.S. in 1881, started Towle's hollowware line. Dimes, who also worked for the Frank W. Smith Silver Co., would eventually establish his own company, Richard Dimes Co., in Boston. Eventually the company's name was changed to Towle Silversmiths. 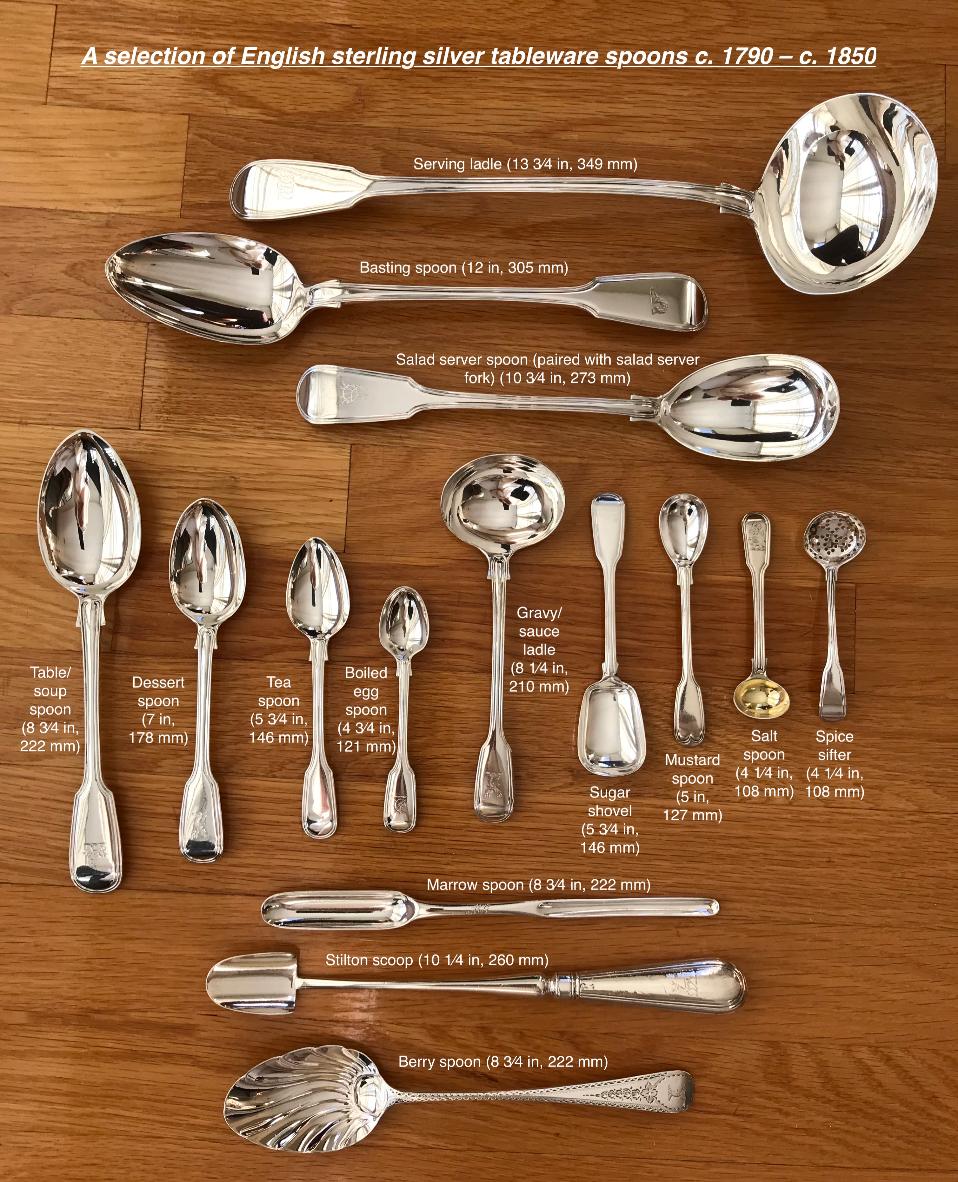