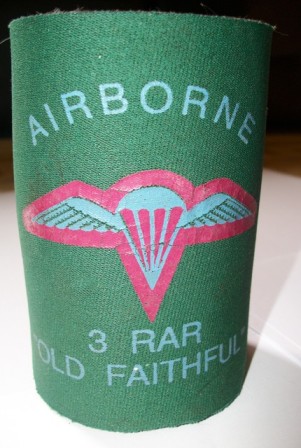 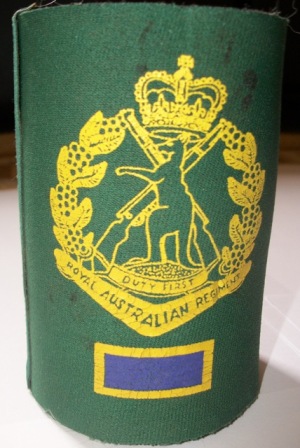 Something that seems truly Australian is the Stubby Holder, invented to keep beers cold in the hot Australian sun. Collectors now proudly display these in Men’s Shed’s and ‘Pool Rooms’ throughout Australia and to some they hold the intrinsic bonus value of being equal to ladies collecting teaspoons with a picture or address of where they come from. 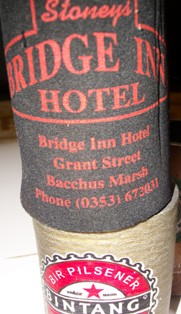 There seems to be a bit of a word skirmish going on as to who invented this useful apparatus. Some state the original Australian Stubby holder was invented by a Mr. Shane Walsh who incorporated several design modifications that suited the Australian climate. Others state that contrary to myths that these were invented in Queensland, it appears that a Mr John Lamers of Melbourne (who also was associated with the Footscray Football Club) invented the cool-aid. Another source claims the originator is Bob Howe. Apparently Mr Howe was a bookie and saw a fellow at the races at Tenant Creek with his stubbie pushed into broken bits of a foam esky. He went to Melbourne had many made, filled a bus and travelled around selling them. He now lives at Maroochydore.

Originally made from the polystyrene foam and called beer stubbies or stubby, a word used to describe a 375ml bottle of beer koozies (US), this vital summer equipment has evolved in both material and style from its early 1980's start. The foam evolved to neoprene and a foam variant of neoprene that replaces it with a

cheaper and lighter weight closed cell foam. Some companies create these coolers for wine bottles. All are designed to insulate the warmth of the holding hand from the cool of the beverage.

They are also used to promote companies and products with the market expanding to incorporate ‘Groom’s Nights’ stubby holders or just about any other event. Larger versions are for larger bottles and picnics outside. The samples from the collection photographed here are part of a growing hobby. Their owner states he prefers those from hotels or those that are about football teams and organisations to those that are all about products, unless it’s a rare or very good beer. Other websites cite the 1982-83 Cricket Test match versions, some of the first, as those who still prove most popular with memorabilia buffs.