Fresh ginger, sugared ginger and stem ginger in syrup are favourites around here. When we’ve consumed what was in the jar we keep it; these small or large porcelain receptacles are works of art. Portraying classic Chinese literature and mythical figures, their shapes from hexagonal to classic amphorae shapes let you hold a little bit of history in your hands.

Our research shows these have become quite the collector’s item and range from a mere ten dollars up to thousands depending on the proven provenance of each item.

The traditional ginger jar is shaped with a wide mouth, a domed lid and a bulging, bulbous spherical body, they come in various styles and sizes and many different colours. The true Chinese antique ginger jar is made of porcelain and hand painted.

A Chinese ginger jar designated as a gift for the Emperor was a yellow coloured  jar, being yellow the colour of ginger and the Emperor’s colour, this kind of jar could be used as urn, it always had an inscription with the Chinese symbol for health and long life, the gift was meant to last a lifetime and it is not considered appropriate for the receiver to give away a yellow ginger jar received as a gift. 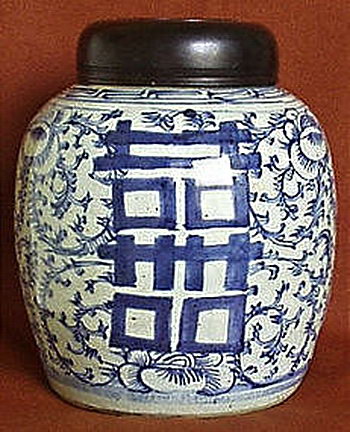 A white ginger jar is the traditional Chinese wedding gift, it can bear an inscription with the Chinese symbol for happiness, prosperity and fertility or it is emblazoned with a logo of the Dragon and Phoenix on either side, the Dragon representing the groom and the Phoenix representing the bride. Example to right;

Many blue and white ginger jars representative of the Yuan Dynasty (1271 – 1368) come with the Chinese character for double happiness suggesting that they were given as presents for special occasions such as weddings and intended to last a lifetime. Red coloured ginger jars often have an inscription with the Chinese symbol for happiness and prosperity, it symbolizes a wish for happiness and prosperity to the recipient.

Porcelain Chinese ginger jars were originally used to store food supplies like salt, herbs, oil and ginger (rare spices at that time), other ginger jars were allocated to be used as gifts. The jars acquired the name “ginger jars” because they often contained ginger when they were exported to the West.

It is not known exactly in what century ginger jars originated but the popular covered ginger jar gained  popularity in the Qin Dynasty (221 BC–207 BC), the first ruling dynasty of Imperial China.

During the 19th century ginger jars became a fashionable product mass produced for export to the West where they were being used as a decorative element rather than functional.  Some ginger jars in the 21st  century are converted into lamps and flower pots.

Many antique centuries old porcelain Chinese ginger jars can still be found on the market but they show signs of tear and wear due to them being used as a canisters to store spices in the past, they are usually very fragile because of the aged porcelain and it is not often that you will find an real antique Chinese jar with its original lid intact, even more difficult to find a real antique Chinese ginger jar with its original matching domed lid. As always, sructinise the credentials of the seller if you are collecting to retain or increase value.

The one shown here is from the Tung Chun Soy & Canning Company of Hong Kong. Tung Chun mainly produces soy sauce and canned food from the time it was established.  All their products are made in Hong Kong and are still exported today. Tung Chun has operated in Hong Kong for more than 130 years.

From what we can find elsewhere ours seems to be from the 1930s. Not worth thousands but a pretty keepsake. 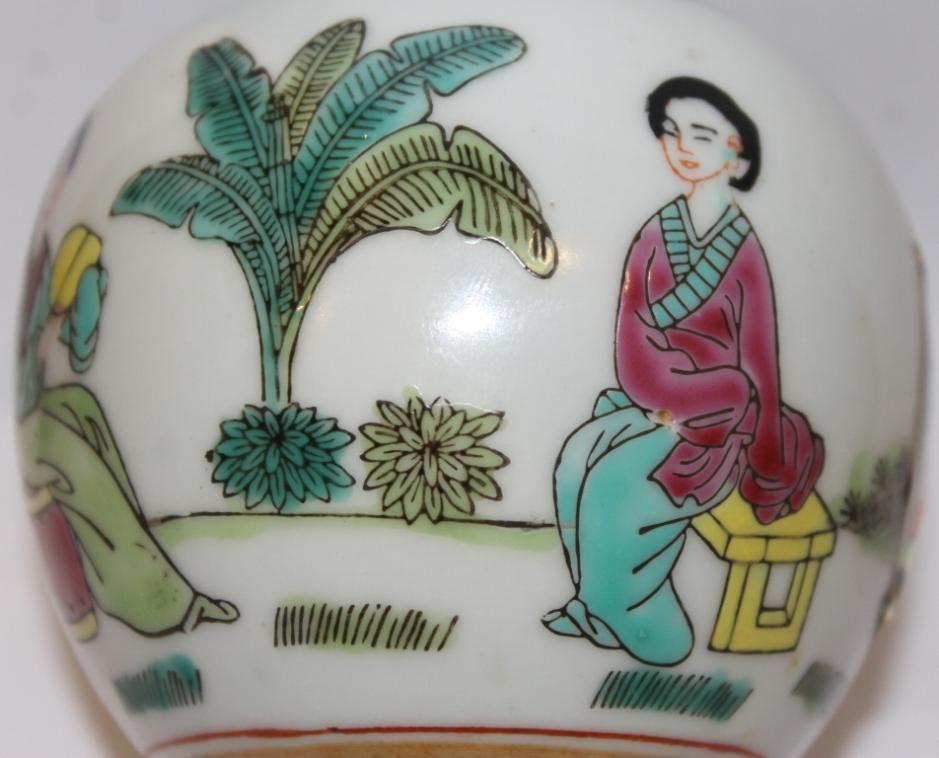 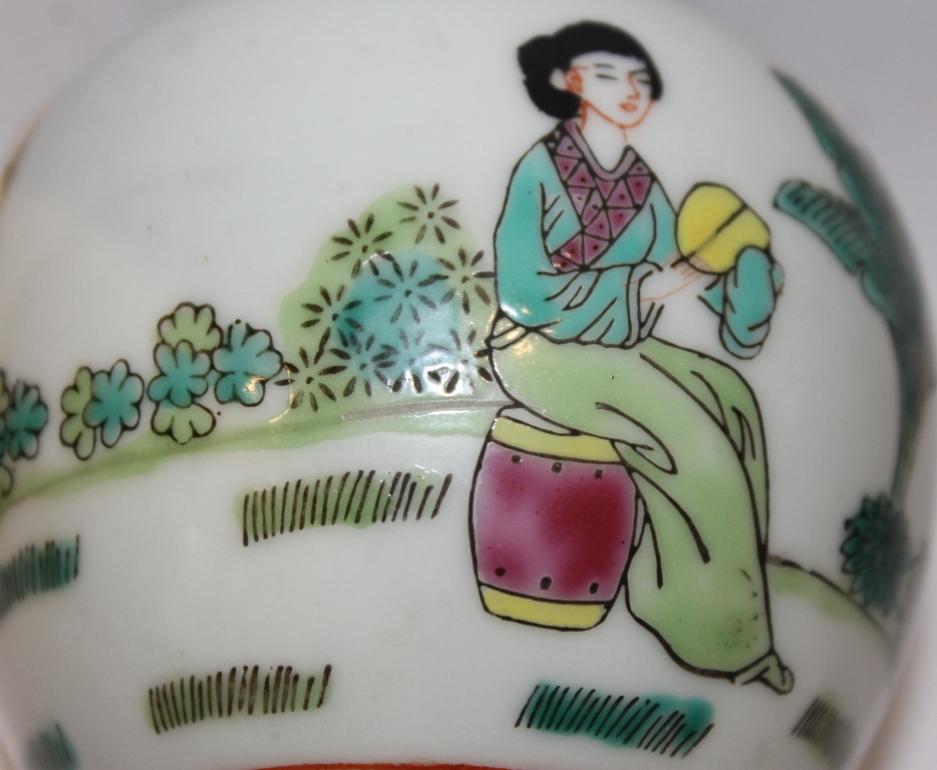