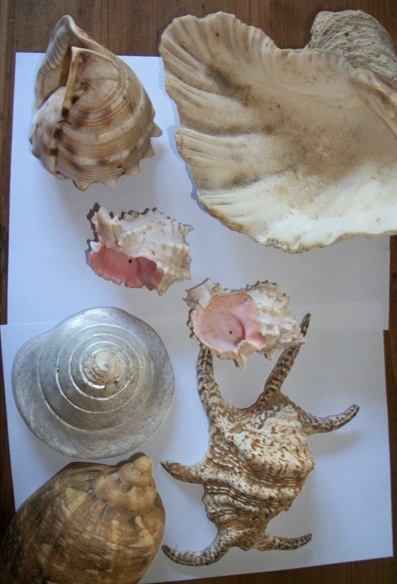 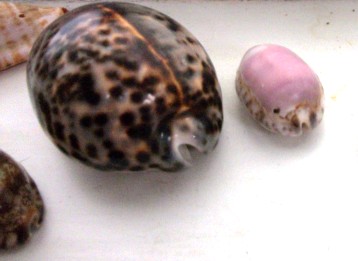 She finds seashells by the seashore… 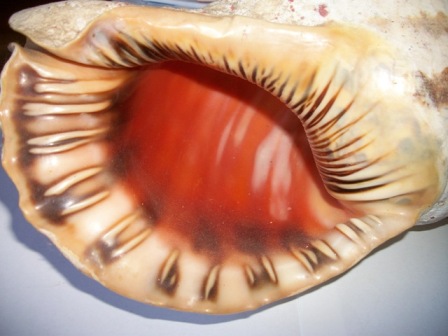 Shells are mainly decorative in Australian homes. They have been and still are put to use elsewhere as currency, tools, in horticulture due to their high calcium content and its ability to enrich soils, in religion and spirituality, as musical instruments for thousands of years (The sacred chank, Turbinella pyrum, known in India as the shankha. In Tibet it is known as "dung-dkar" and The Triton shell also known as "Triton's trumpet" Charonia tritonis which is used as a trumpet in Melanesian and Polynesian culture and also in Korea and Japan. In Japan this kind of trumpet is known as the horagai. In Korea it is known as the nagak. In some Polynesian islands it is known as "pu".) and for decorative purposes with some seashell necklaces being found in Stone Age graves and others being fashioned into buttons. They have also been used as architectural decorations, the shell sheen or pearl or in art, the goddess Venus most often being depicted as rising from the sea on a seashell. They have also long played an important part in the lives of our indigenous and Torres Strait Islander peoples.

Size pertains to age, with larger varieties clearly being older. A clam’s age is determined by the size of its ridges, whereas scallops are said to produce around one ridge per day. Interestingly Giant Clams, in Micronesia’s Koror Island, can weigh more then 227 kilograms (500pounds).

Collectors clubs and field guides are available to identify regional shells although some prefer purchasing imported products that have been prepared ready for display. Those who pick up these mementos here should be aware there are restrictions and rules and regulations regarding shell collecting in Australia. In QLD no more then five specimens of any species of shell may be collected in 28 days. Elsewhere specific organisations are responsible for each area and you should check if visiting. Just remember there are over 20 million others here who may want to take home a memento too.

Cleaning afterwards, if you don’t want a continuous pungent sea smell growing ever acrid indoors, is necessary. Soaking the submerged shells in a mix of detergent and water overnight and then scrubbing them with an old toothbrush should remove all debris and odour.

In Australia the Cowrie shell is most popular and can be collected on every shore from south to north with a variety of colours and sheen that pertain to variety and where they are found. The varieties here show the smooth cowries (cypraea), one collected on Newport, along with a blue Abalone shell from New Zealand, called pāua (from the Māori language) and also used as a toggle that is worn by both males and females and regarded as a family heirloom, conch shells, clam, and others, some bought, some collected.

Lastly, why do we hear the seashore when we lift a shell to our ears; because the wave-like sound we hear is actually a concentration, within the shell, of certain frequencies from the 'white noise' of our surrounding environment . The seashell captures this noise, which then resonates inside the shell. Larger seashells will produce lower pitched sounds, smaller shells tend to produce higher pitches.