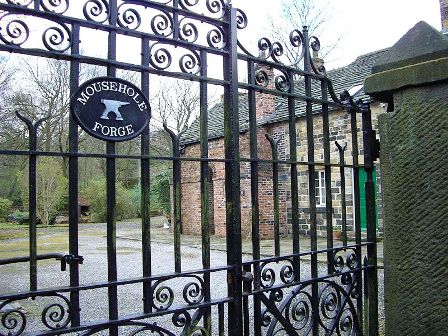 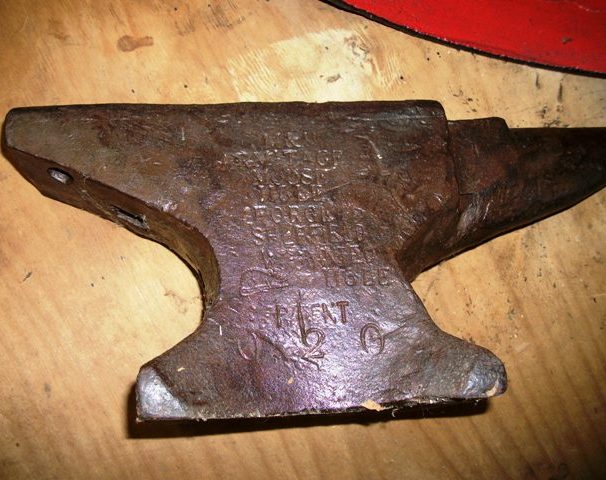 A few weeks ago we placed a picture and query regarding an anvil with a mouse brand on it on behalf of Trevor Goodacre (Trevor's Museum) who shares so many of the objects he has collected and their histories. We have since been able to track down the origin of this as from Mousehole Forge.

Mousehole Forge, Malin Bridge, Sheffield, England, dates from 1628, pre Industrial Revolution, and is situated on the River Rivelin. Part of the premises has now been converted to a private residence. The forge itself closed in 1933.

'The origins of the name of Mousehole is not certain. The square handling holes in an old anvil are called mouseholes. In England a bend in a river with a deep spot is known as a mousehole and Mousehole Forge was located at such as spot. There is a coastal English town named Mousehole and it was well known as the site of a brief French invasion about the time the forge was started.
Mousehole Forge contined to use water power (heave or tilt hammers) long after other manufactures switched to mechanical hammers. All Mousehole anvils are pretty well 'handmade'.' Source: The Mousehole Forge by Richard A. Postman (with John and Julia Hatfield)

Mousehole Forge anvils can be dated from their logos: Trevor's is circa 1854 - 1875: M&H ARMITAGE MOUSEHOLE FORGE M&H = Morgan and Henry
FROM: here

Until the late 1800s the high-quality anvil market in the U.S. was pretty well dominated by English produced anvils, with Mouse Hole Forge, Peter Wright and, to a lessor degree, Wilkinson and William Foster the dominant exporters.  Fisher & Norris (see below) would have been their major U.S. competitor.

English produced anvils can frequently be identified by the stone weight system used on them at the waist, usually on the side with the horn to the right, such as 1  0  14.  The first number represents multiples of 112 (1/20th long ton), the middle one multiples of 28 and their last remaining pounds.  In this case the anvil originally weighed 126 pounds (112 plus 0 plus 14).  The marked weight is usually off from scale weight a couple of pounds.  Mouse Hole Forge was known for putting punch marks between the numbers and sometimes only they remain of the logo stampings.
FROM: http://reviews.ebay.com/Purchasing-an-Anvil_W0QQugidZ10000000001445709