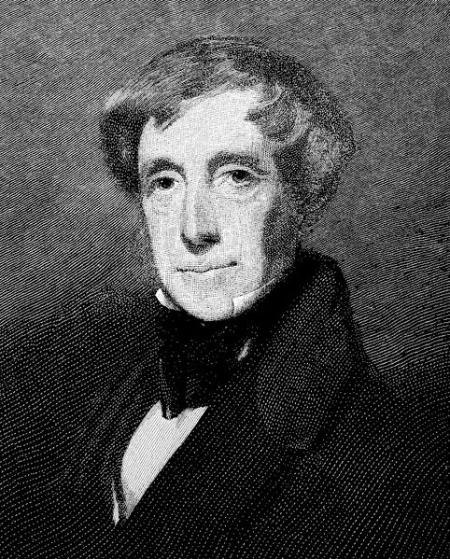 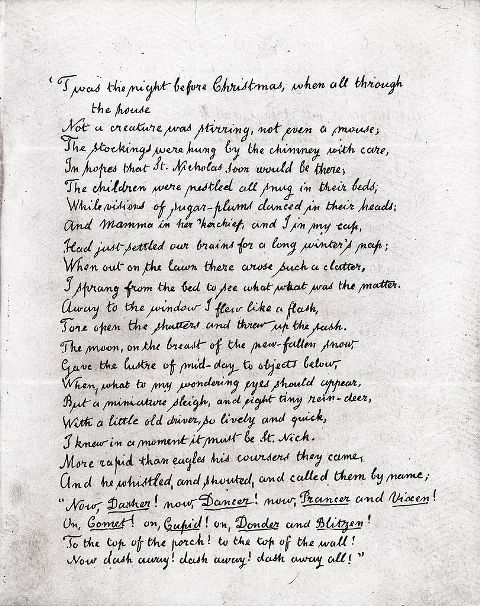 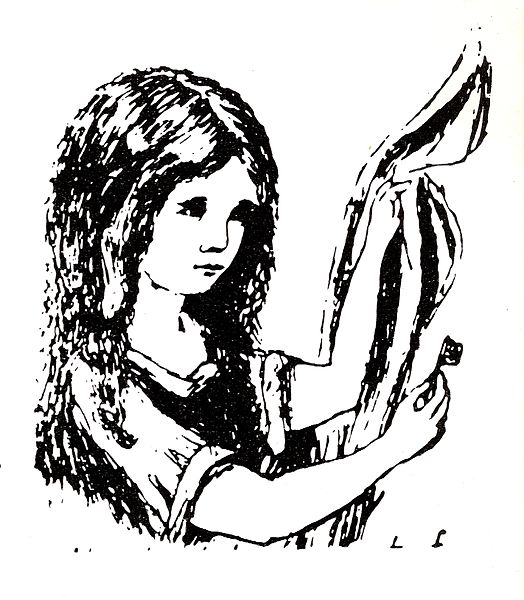 We'd like to share a very good reason for keeping those often scruffy pages by little known poets and writers; store them under 'just in case' and perhaps don't smirk too keenly at those you think cannot write as you may be wrong!

THE FATHER OF SANTA CLAUS

The celebration of Christmas was revolutionised by a poem. This was Dr. Clement Clark Moore's poem, "A Visit from. St. Nicholas," of which the author, the religious and scholarly son of an Episcopal bishop, was always a trifle ashamed. He was Professor at the General Theological Seminary for 30years, and a student of oriental languages, and he could never understand the popularity which his Christmas poem won all over the world. He even refused to allow his name to be published with the poem for many years, and in fact, for the first 22 years of its life, although the poem was published and republished in countless collections, it was published without his consent or approval

But now everyone knows at least some lines of the poem, which begins:
"Twas the night before Christmas,
when all through the house
Not a creature was stirring,
not even a mouse;
The stockings were hung by the chimney with care,
In hopes that St. Nicholas soon would be there .

Clement Moore wrote his unconsidered trifle to amuse his children, and they were enthralled with this new, wonderful and magical St Nicholas:
"He had a broad face and a little round belly,
That shook when he laughed like a bowlful of jelly."

But Clement Moore himself thought so little of it that he popped the manuscript away in a drawer with a collection of old translations, and forgot all about it.  But a friend who had heard that first recital to the Moore children copied it down as their father read it aloud-and sent it to her home paper, the "Troy Sentinel," in New York.

The "Sentinel" published it in its Christmas issue, and since then it has delighted children all over the world-and given them a happier Christmas too. For before the publication of the poem, St. Nicholas, to America at any rate, was a very formal and Germanic person who dealt out presents like a schoolmaster at a prize-giving.

Clement Moore changed all that 'This new Santa of his was a twinkling,jolly fellow, full of fun. The reindeer and stockings were Moore's idea too. The poem tells how" a little boy leaps out of bed and looks out at the bright moonlight and the freshly fallen snow.
"When, what to my wondering eyes should appear
But a miniature sleigh, and eight tiny reindeer,
With a little old driver, so lively and quick,
I knew in a moment it must be St. Nick."

For more than 125 years children have delighted in Moore's "most trifling work." He received not a penny for "A Visit from St. Nicholas,” but as long as children celebrate Christmas, Moore's jolly Santa Claus and his eight reindeer will live on.

Strangely enough, another children’s classic, "Alice in Wonderland," suffered lack of appreciation at one stage-but that lack of appreciation was by a critic. This critic, writing in the London "Athenaenum" in 1865, called the story "a stiff, overwrought story which would make any real child more puzzled than enchanted."

However, although the critic thought so little of it, the manuscript in Lewis Carroll’s handwriting and illustrated with his own drawings (now owned by an American collector, Dr. A. S. W. Rosenbach) is insured for more than £15,000. When Dr. Rosenbach re-purchased the M.S. a year or two ago (he had previously owned it and sold it to another American), he-paid the highest price ever paid for an author’s manuscript.

Incidentally, like "A Visit from St Nicholas," "Alice" was a Christmasoffering. The original title page was inscribed: “A Christmas gift to a dearchild in memory of a summer's day."

Clement Clarke Moore (July 15, 1779 – July 10, 1863) was an American professor of Oriental and Greek literature at Columbia College, now Columbia University. He donated land from his family estate for the foundation of the General Theological Seminary, where he was a professor of Biblical learning and compiled a two-volume Hebrew dictionary. He is generally considered to be the author of theyuletide poem "A Visit from St. Nicholas", which later became famous as "'Twas the Night Before Christmas".

Four hand-written copies of the poem are known to exist, and three are in museums. The fourth copy, written out and signed by Clement Clarke Moore as a gift to a friend in 1860, was sold by one private collector to another in December 2006. According to Dallas-based Heritage Auction Galleries, which brokered the private sale, it was purchased for $280,000 by an unnamed "chief executive officer of a media company" who resides in Manhattan, New York City. 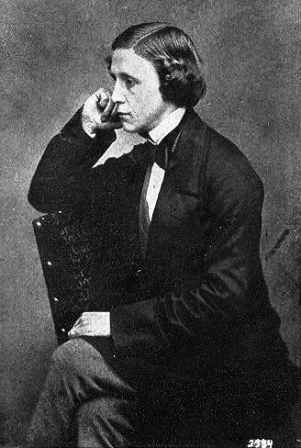 Charles Lutwidge Dodgson (27 January 1832 – 14 January 1898), better known by the pen name Lewis Carroll  was an English writer, mathematician, logician, Anglican deacon and photographer. His most famous writings are Alice's Adventures in Wonderland and its sequel Through the Looking-Glass, as well as the poems "The Hunting of the Snark" and "Jabberwocky", all examples of the genre of literary nonsense. He is noted for his facility at word play, logic, and fantasy. Dodgson's family was predominantly northern English, with Irish connections. Conservative and High Church Anglican, most of Dodgson's ancestors were army officers or Church of England clergy.

A rare First Edition 1865 Alice`s Adventures In Wonderland by Lewis Carroll is currently available from Miramar Rare Books, Spain for US$ 170,319.18. We have the 18 cents; anybody else ? Original Alice's Adventures Underground E-Book 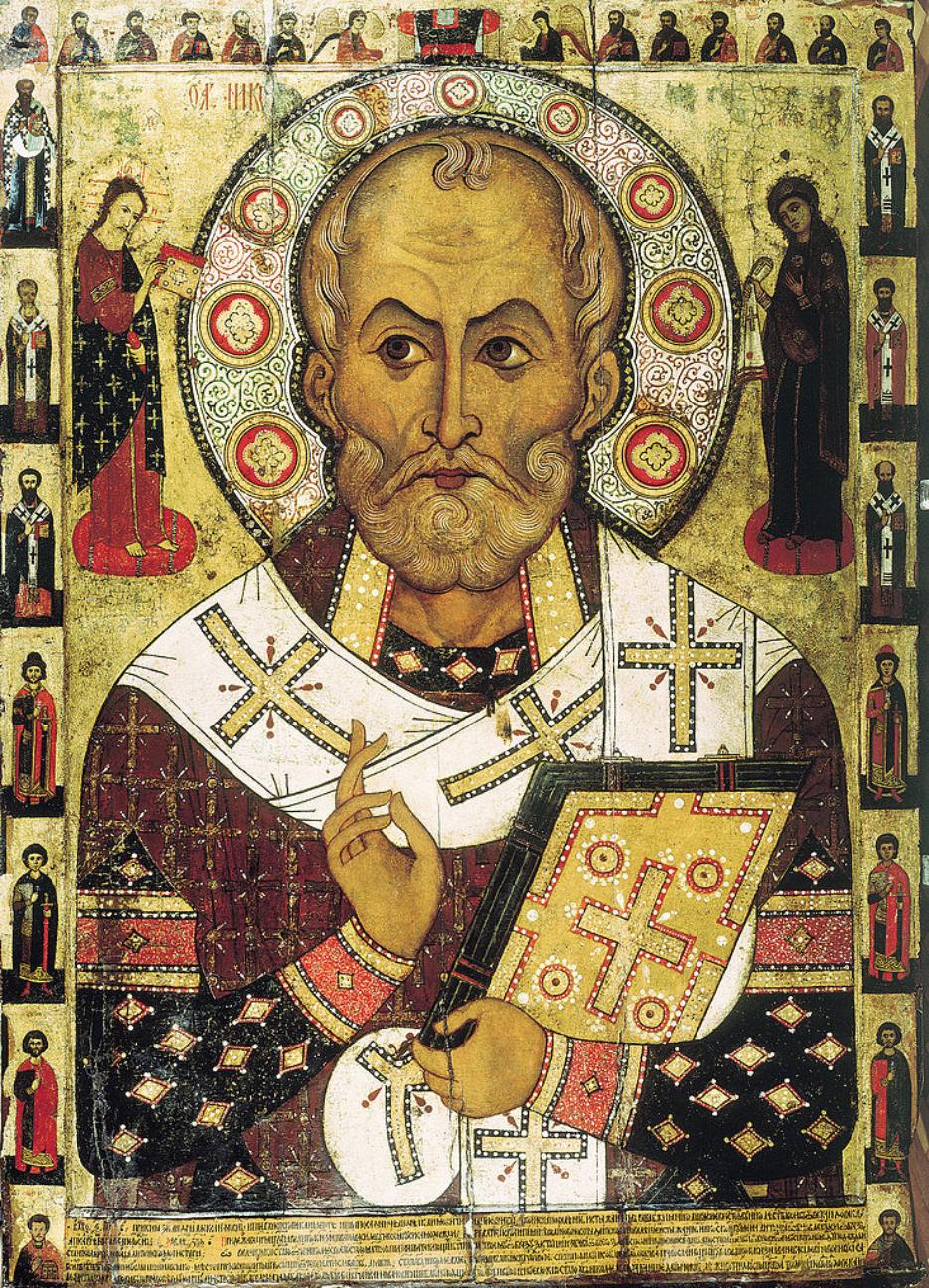 Saint Nicholas (Greek:  Hagios Nikólaos; Latin: Sanctus Nicolaus) (270 – 6 December 343), also called Nikolaos of Myra, was a historic 4th-century saint and Greek Bishop of Myra (Demre, part of modern-day Turkey) in Lycia. Because of the many miracles attributed to his intercession, he is also known as Nikolaos the Wonderworker (Νικόλαος ὁ Θαυματουργός, Nikolaos ho Thaumaturgos). He had a reputation for secret gift-giving, such as putting coins in the shoes of those who left them out for him, and thus became the model for Santa Claus, whose modern name comes from the Dutch Sinterklaas, itself from a series of elisions and corruptions of the transliteration of "Saint Nikolaos". Saint Nicholas. (2012, December 20). In Wikipedia, The Free Encyclopedia. Retrieved from http://en.wikipedia.org/w/index.php?title=Saint_Nicholas&oldid=528897075