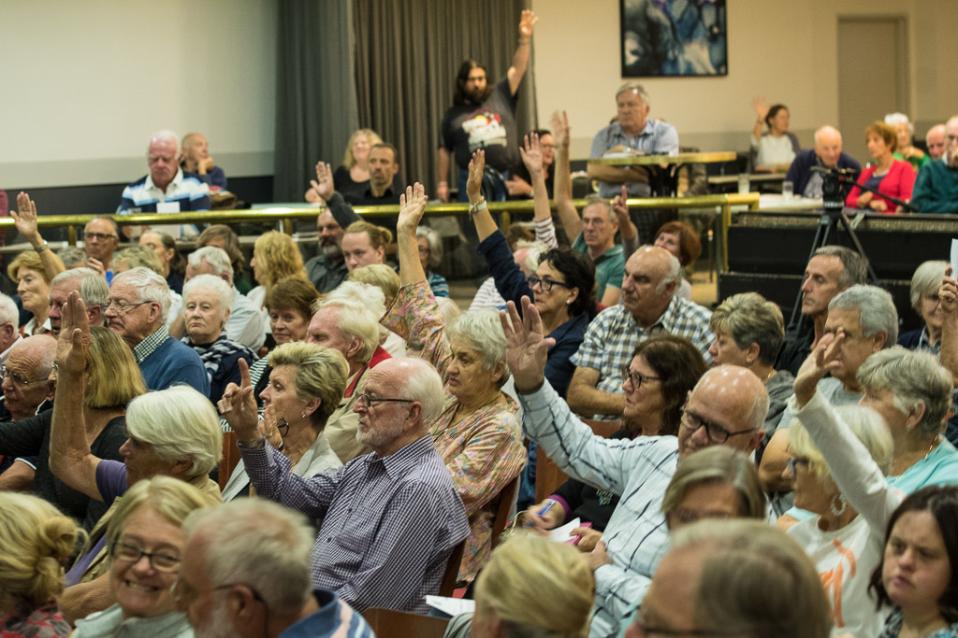 Peter Primrose ALP and David Shoebridge Greens, reiterated their commitment to a referendum for Pittwater to de-amalgamate should Labor be elected in the 2019 State Election.

Excellent speakers at Thursday, May 3rd 2018 Protect Pittwater Associations forum amazed the audience with details of financial secrecy, cost blowouts and the demise of democratic processes as a consequence of amalgamation.

There was a statement from the floor condemning the loss of our council, plus the news that the proposal/petition will be delivered to the NSW government by a contingent of residents on May 15th.

Attendees spoke passionately about their disappointment about now clearly being part of 'Greater Warringah', of having to foot the bill for Manly's carpark fiasco and Collaroy's beachfront problems during storm events - costs that will amount to almost 200 million dollars.

A shortfall of $55 million in savings anticipated from the creation of Northern Beaches Council should spur Pittwater residents on to reclaim their own council, a community forum was told on Thursday night.
The forum, at Pittwater RSL club in Mona Vale, was hosted by the Protect Pittwater Association, to bring residents up to date on the impact of the 2016 council merger of Pittwater, Warringah and Manly Council - as well as efforts to restore Pittwater.
Save Our Councils Coalition President Brian Halstead said that in the eight years leading up to the amalgamation, the NSW government, local councils and the delegate assessing the successful Warringah amalgamation proposal, had variously come up with savings forecasts of between $40 million over 10 years and $100 million over 20 years.
The higher figure was obtained after the government changed its assumptions about IT costs, moving from a new $34.6 million system to a “veneer solution” costing $4.5 million - integrating the councils’ three previous systems.
The proposals had also failed to take other issues into account, such as costing the one parking sticker, said Mr Halstead, who is an accountant and retired company executive.
The single Northern Beaches sticker was later estimated as costing an extra $800,000 per year – but had now been revealed to be $2 million per year, he said.
However, the proposed budget currently before the community indicated a surplus of $53.5 million, over five years.
That compared to the final amalgamation proposal submitted by Warringah Council, predicting a surplus of $108.6 million for the five years to 2022.
A shortfall of $55 million for the period therefore remained – creating savings less than the sum for all three councils before their merger.
“The current (budget) plan gives a result of 8.9 million (dollars), while the proposal was $16.1 million,” Mr Halstead told the meeting.
“So clearly they’re failing to deliver."
Brian Halstead - President Save Our Councils Coalition
Two courses of action were discussed at the meeting for achieving a demerger.
Protect Pittwater president Bob Grace encouraged residents to join members of the group on a trip to Parliament House on May 15 to present a de-amalgamation proposal.
The proposal with thousands of signatures, set up under the Local Government Act, called on the government to reconstitute Pittwater Council within its pre-amalgamation boundaries, Mr Grace said.
“On the 15th of May, we are taking it into Macquarie Street, Parliament House, to give to the Minister for Local Government (Gabrielle Upton),” he said.
“What’s important is that we get everyone who’s here and other people to come.
“We will show what Pittwater is going to do to retain its identity if we get a huge crowd there.”
Protect Pittwater plans to hire a bus which will depart Newport Beach car park at 10.45am on May 15, arriving at Parliament House for the rally between 1pm and 2pm.
The crowd also unanimously passed a resolution, to be sent to NSW Premier Gladys Berejiklian, that reads:
“This meeting condemns the forced amalgamation of the viable and successful Pittwater Council and demands an immediate and binding referendum of the former Pittwater Local Government Area on its demerger”.
Politicians at the meeting, NSW Labor’s Local Government spokesman Peter Primrose and his Greens’ counterpart David Shoebridge shook hands and signed statements at the forum agreeing to support a plebiscite within the former Pittwater council area for a demerger.
Mr Primrose said that if Labor won government at the next state election, it would run binding plebiscites in the former local government area, following a petition from local residents.
“Certainly, if we form government and I become the minister for Local Government, we will join with the other political parties - other than the Liberals and Nationals - and we will introduce legislation to allow you to voluntarily demerge and bring back Pittwater council,” he told the forum.
Bob Grace – former Pittwater councillor and Peter Primrose - Labor Local Government spokesperson
To kick this process off, proponents for a demerger would need to collect signatures from 10 per cent of residents living in the former council area.
Mr Shoebridge said that Pittwater residents were now living in a “strange regional administrative unit where you, as a resident mean bugger all and where the interests of Pittwater are right down at the bottom of the food chain”.
“Let me say that Peter and I will not play silly buggers on what the form is,” Mr Shoebridge said.
“We will co-operate, we will make it workable, and we will give you a functioning right to get your council back.”
David Shoebridge MLC, Greens Local Government spokesperson
The only Northern Beaches Council councillor present at the meeting was Vincent De Luca OAM (from Narrabeen Ward), who attacked the council’s proposed rate rise totalling  $4 million over the next Year and $45 million over the next 10 and inefficiencies such as what he described as “one of the most expensive car fleets in the state”.
“The system is broke and the rate rises prove … that the amalgamation of the Northern Beaches has been a complete and utter failure,” councillor De Luca said from the audience.
Cr. Vincent De Luca OAM
Finally, former NSW Premier Barrie Unsworth, who was also in the audience, said that it was possible for a non-Liberal to hold the state seat of Pittwater.
“Having been Premier of NSW, I know where the buck stops and what we should be doing tonight is putting the pressure on (Premier) Gladys (Berejiklian), because she’s the Premier, she calls the shots.”
He also called on residents to join the Parliament House rally on May 15, to show MPs that there is deep dissatisfaction in the area, and said: “then we might start to get results”.
Photos by Michael Mannington, Volunteer Photography.
Note from Protect Pittwater:
Please email Miranda Korzy by May 9th (if possible) to guarantee a seat on the bus and a Pittwater T-shirt to wear to the rally. If any residents have proposal (petition) sheets with signatures or would like to help collect more in the lead up to May 15, could they also please get in touch. 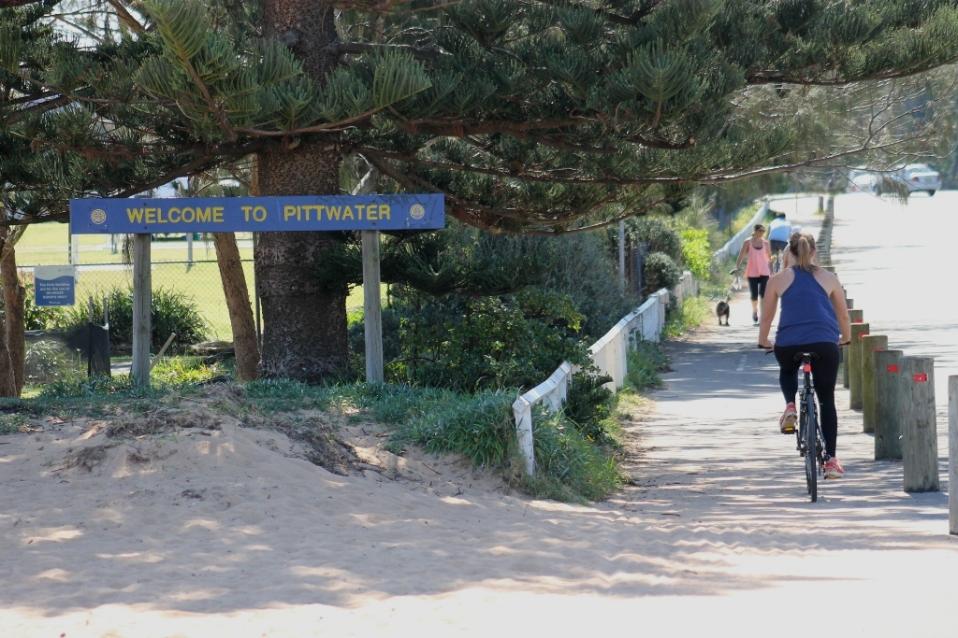