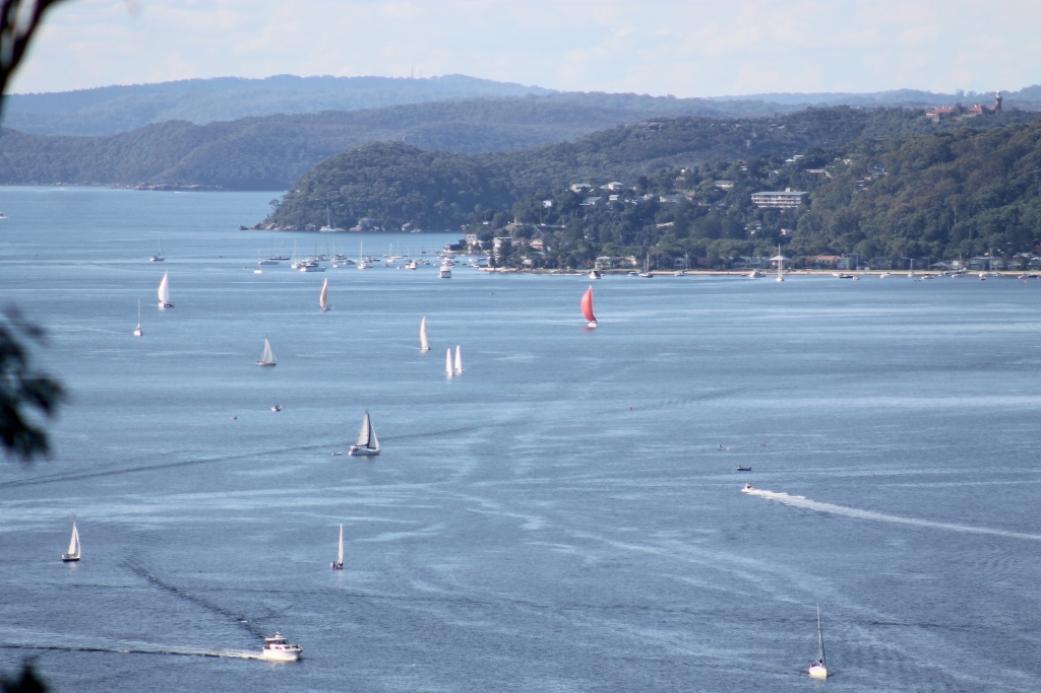 View across Pittwater to Barrenjoey Lighthouse. Photo by A J Guesdon, 2013.

Pittwater’s submission on the NSW Government’s Metropolitan Strategy has been endorsed by the Council at its meeting this week.

The Strategy is on exhibition for comment until 28 June. It sets out a 20 year plan for Sydney’s growth and management of housing, employment, transport and infrastructure needs to the year 2031.

The Strategy takes account of expected population growth in Sydney of around 1.3 million over the next twenty years.

Pittwater, along with Warringah, Manly, Ku-ring-gai and Hornsby are grouped together in an area known as the ‘North Sub-region’, which will be expected to provide 37,000 new homes and 39,000 extra jobs by 2031.

Pittwater’s individual target for housing and employment is yet to be determined.

Mayor Jacqui Townsend said the Council’s submission to the state government highlighted some key omissions in the Strategy.

“For example, we’re concerned that the Strategy does not provide solutions to the problems experienced on Mona Vale Road, which will become even more congested if a land release in Ingleside proceeds and Mona Vale is designated as the centre for employment growth.”

Mayor Townsend said community consultation on the Strategy had been ‘skimpy at best.’

“There was one public meeting in Hornsby last Saturday for the whole northern Sydney region, less than a week before the closing date for comments. This is frankly inadequate, given the importance of the Strategy for Sydney’s long-term planning.”

“There is also uncertainty about how this Strategy will integrate with the proposed changes to planning law that the government intends to bring in by the end of this year.”

To see Pittwater’s submission on the Metro Strategy visit www.pittwater.nsw.gov.au/council and view the agenda for the 24 June Council meeting.

The NSW Government is currently in the middle of two major reforms that will have significant impacts on the Pittwater Community. The first is to planning; the State will shortly move to repeal the Environmental Planning & Assessment Acts and enact a new planning regime set out in the draft exposure Planning Bill 2013. The White Paper is now on exhibition.

The impact of these two reforms on Pittwater could change the face of our community. The proposed changes may see increased densities in our built environment with a loss to our natural environment. The Pittwater community has protected its environment, built and natural for the past 20 years. The Pittwater community has fought hard to keep its much loved Mona Vale Hospital, it saved Currawong from private ownership, purchased and swapped land to create Warriewood Wetlands and the Ingleside Escarpment and created a unique recreational area at Winnereremy Bay.

The Community should be informed that whilst there are some positive aspects of the white paper relating to a more strategic approach to planning, it does propose a growing power of the Minister of Planning in local issues. It appears to give more powers to unilaterally change strategic plans, regional plans and local plans without council and the community’s input. These aspects, if enacted into the new planning regime, will change the face of our coastline, our villages and our community.

The report is Stage 3 of the Panel’s local government reform process and outlines the need for amalgamations. Unfortunately, the most recent report of the Panel in many areas lacks rigour and balance on the perceived benefits of amalgamation of Pittwater Council. I believe it is important that many of the apparently unsupported assumptions conferred in the report be peer reviewed by a suitably qualified and experienced academic.

As the elected representatives of Pittwater Council we have a duty to our residents to inform them of these 2 major changes and what the impact will be on Pittwater if the Planning bill is adopted and the State Government moves away from its current position of no forced amalgamations.

To inform our community of these changes we need to start a conversation with them to outline the impacts the reforms will have on Pittwater. We need to inform each and every resident on the proposed reforms so we know their views and those views can be heard by the State Government.

Council, with the assistance of the peer review detailed under ‘Background’ and with feedback from the community, will prepare submissions to both reforms proposed in the White Paper – A new planning system for NSW and the Future Directions for NSW Local Government – Twenty Essential Steps.

1. That Council remains committed to a strong independent Pittwater Council providing local representation and delivering local services to the people of Pittwater.

2. That Council is opposed to the Panel option of either amalgamating with Manly and Warringah Councils or combining as a strong County Council as outlined in the Future Directions paper.

4. That Council coordinate an extensive community engagement process to inform the community of the proposals contained in the report of the Independent Local Government Review Panel and the White Paper – A new planning system for NSW

6. That the General Manager allocate the necessary resources to undertake these tasks and any budget implications be addressed in the June budget review.