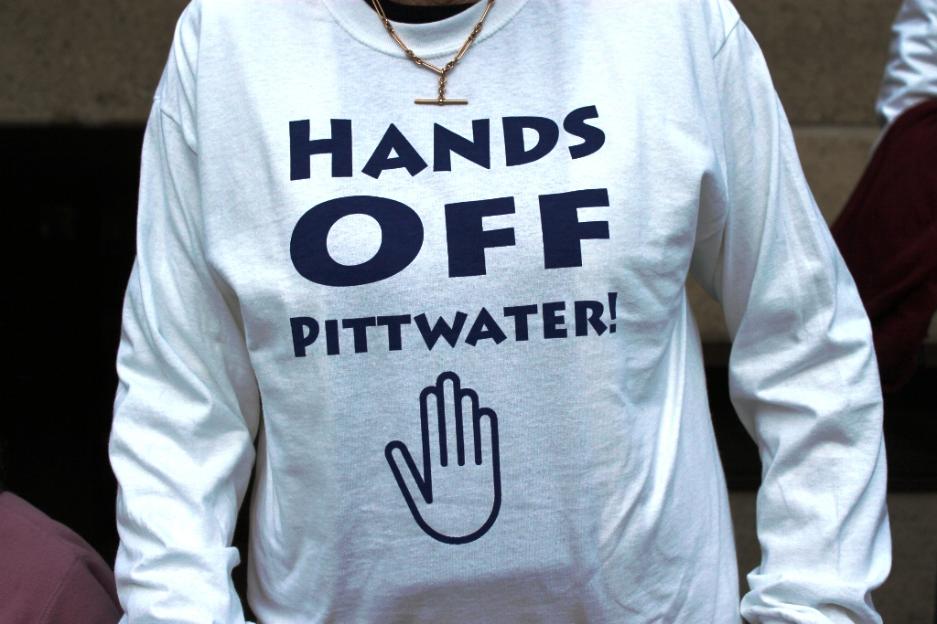 Time is running out to 'have your say' on both the proposed changes to Local Government, The White Paper and the Metropolitan Strategy for Sydney. Submissions to the 28th of June is the date for the three. Instead of trying to make you look in three directions at once or refer to 'Background Terms of Reference Briefing Papers' prior to trying to work out what the succinct definitions of parameters and limits may be, we provide what has been said by those representing Pittwater community groups at Dee Why on June 4th, 2013 at the Community Consultation by the Independent Local Government Review Panel as a permanent record of their words.

In Issue 116 we will run the plain words of what we have heard from you during past weeks on the White Paper and the elements of this that seem to be apparent already in state government initiatives such as the Joint Regional Planning Panel, which has overidden  Pittwater Council on Stage 2 of the Oceanvale development at Warriewood, and granted a go-ahead for a construction that equates to 55.8 dwellings per hectare. Reasonable consideration of which parts of the White Paper you may object most strongly to will be our aim.

On Warriewood Valley: Pittwater Council published on Thursday (13.6.2013) the Warriewood Valley Strategic Review meaning up to 32 dwellings can now be built on undeveloped land, up from the previous maximum of 25. Council has rejected a request by the Director General of NSW Planning & Infrastructure Sam Haddad for flexibility on higher densities. The Review will allow properties in Fern Creek Road and Orchard Street to be rezoned to residential, providing local infrastructure can still be delivered to allow for the population increase. No change is proposed to the Southern Buffer area between Boondah and Jacksons Roads. Read the report in full here.

We would like all to know that the community group People for Pittwater will host the Better Planning Network on Tuesday 25 June at Mona Vale Memorial Hall between 7pm and 8.30pm. Speakers from the network will outline the proposed changes to NSW planning law and answer questions from residents. The Better Planning Network is an affiliation of nearly 400 community groups concerned about the changes to planning law that are due to come into effect by the end of this year.

All at Pittwater Online News would like to thank the many who have made our phones run hot and helped us with their insights into the many documents we have been scrutinising in past weeks. Please continue to contact us should you have anything you wish to contribute to next week's Issue.

Perhaps some of you are a little like us by now and can still see Ted Mack, slightly weary, with an occasional wry smile, defiant and departing, by choice, mere hours before….., via his own personal ‘policy’ of an Integrity Clause that is ever, and ever after.

Is there a better model…a better ‘concept’?
Up or Out or an O that overshadows all else ?
Better yet …o-o-o …has been the firm and undeniable message to Macquarie street from Pittwater, and... state wide … would a vision to be a vibrant sustainable community of connected villages inspired by bush, beach and water … where we can still turn to see each other, look each other in the eyes, be closer to bearing good fruit... from a good tree... planted in living ground?

Community Consultation at Dee Why Transcription

Pittwater Council adopted the Warriewood Valley Strategic Review Report at a special Council meeting held last night.  The review was carried out during 2011 and 2012 in a partnership between Pittwater Council and the NSW Department of Planning and Infrastructure. The review has examined the development potential of all undeveloped land remaining in the Warriewood Valley.

Independent consultants took into account flooding issues, urban design, transport and traffic scenarios and the economic viability of undeveloped sites in the Valley for the strategic review.
The review report has recommended 32 dwellings per hectare for most undeveloped sites, up from the current 25 per hectare.