One Year On: Amalgamation STILL Rejected 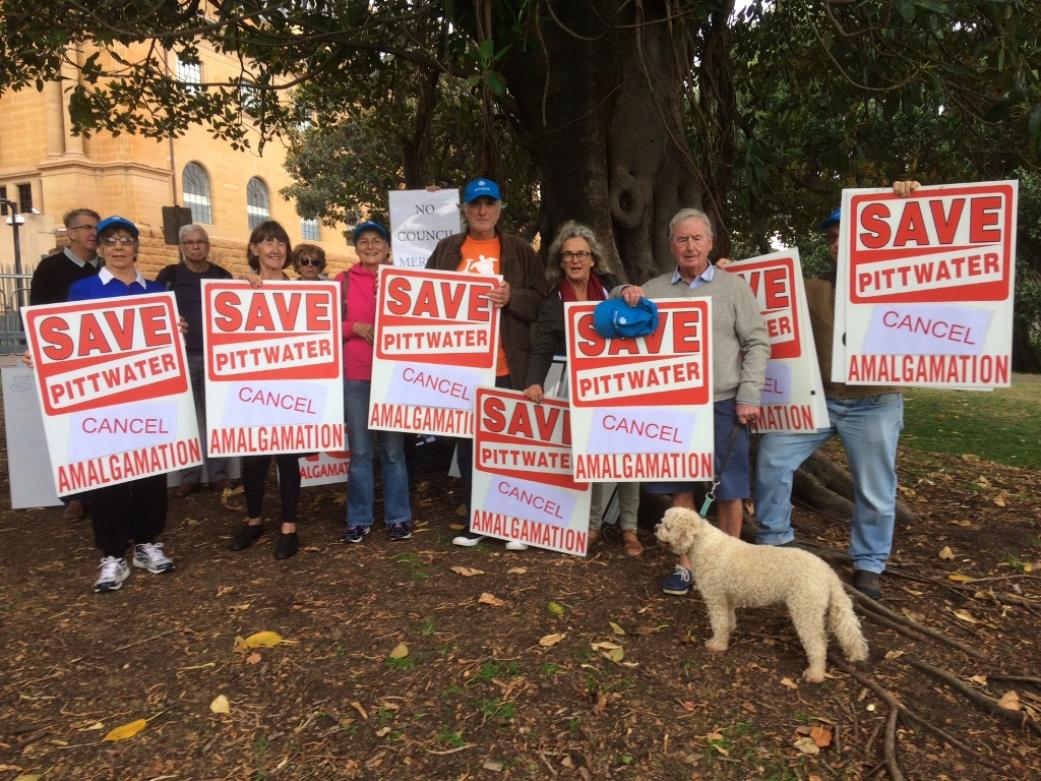 One year on from that preordained announcement that Pittwater, as a council unto itself, would be ended and have enforced on it the structure its residents opposed most, the benefits are being touted as a Coastal Walk Project, which critics point out is simply maintaining the weatherworn and already existing Bicentennial Coastal Walk or completing the links that didn't get installed to begin with (Whale Beach to Palm Beach needs to be completed) and a parking sticker you can use in most places along the coast of these northern beaches of Sydney which had already been discussed previously, too, and blocked by those south of Pittwater.

A perusal of the currently up for 'having your say' Operational Plan and Budget 2017-18 (Draft) (submissions close: 4 June 2017) allocates $7,500,000 for the Collaroy-Narrabeen Coastal Protection Works (a seawall) and $1,346,472 for Warriewood Valley creekline works, while a new access road for Kimbriki has had $4,000,000 allocated. The multi-millions costed for Dee Why Town Centre improvements and further almost 6 millions worths, per annum, of upgrades is being funded through Section 94 - a rate rise of 9.4% already approved for Warringah residents by IPART prior to the forced amalgamation. This budget also has listed the long awaited Warriewood Valley Community Centre - $930,000 allocated there - the 500k allocated in the last ever Pittwater Council budget for this project....?

Page 68 of the Draft notes:

'While Council received $10 million in funding through the New Council Implementation Fund (NCIF) for merger and transition costs it is recognised that Council will incur further restructuring costs such as the cost of integration, aligning positions within the new organisational structure and new salary system which will exceed the funding provided.

Accordingly the Long Term Financial Plan has been prepared on the basis that once the NCIF has been fully utilised existing budgets will firstly be used to pay for those merger and transition costs not funded through this mechanism prior to the identification of net savings.'

Readers have complained of bad service and being kept on hold too long when needing to inquire about something of the interim administration council. We have not experienced the same - one call, to have a bin smashed by garbage collectors replaced, was answered within three rings and the replacement was where they said it would be when they said it would be - the next day.

Others have expressed distaste in appointed administrators making inappropriate comments about members of the community or overseeing, as voted for Councillors once had, the openings of skate parks and bridges or attending official functions. Stepping into these roles is not without hazards and may not always spread the warm bonhomie and sense of community those we'd happily cheer on once did when MCing. Stepping up anyway and being prepared to engage with the community, at community association meetings for example, demonstrates an intention of getting on with the job and completing works that had been discussed prior to the changes. More than one of these community organisations have expressed their appreciation of what has been done and done prior to the forthcoming elections and the politics many fear will rule thereafter.

The looming developers boom, and community reaction to anything, in Pittwater at least, being rushed through without voted for representatives in place, resulted in a 'cooling off period' for a Mona Vale Place Plan that is a far cry from that originally presented and the more recent realisation that Ingleside as a boomtown may have to wait until Mona Vale Road improvements are funded. Millions have already been spent snapping up land in Ingleside though - some who a few months back couldn't sell their property for 1 million have taken offers of 5 million in recent weeks.

The B-Line flattening of sections of Mona Vale Village Park is an ongoing bad taste in the community's mouth, as well as a scratching of heads as to how that many trees as replacements in or around that space will be achieved - as is saving Bayview's great green space for golfing by the NSW Government's Planning Department overruling previous decisions on a Developer's proposal for the erection of units in that same space so that a DA may now be lodged.

On Friday, May 12th, those who refused to believe that they didn't have a leg, or a law to stand on, won another small point in cases with the announcement that Woollhara Council have been granted a High Court appeal in their pursuit of autonomy for the people they were voted in to represent. The news spread quickly and was appreciated by those who gathered around yet more politicians calling for an immediate withdrawal of all plans to forcibly amalgamate those still fighting and to de-merge those who still wanted what they had before May 12th, 2016.

“The Greens remain shoulder to shoulder with local communities in their struggle to protect local democracy from the Coalition and their developer mates who are desperate for bigger, less democratic councils,” David Shoebridge, NSW Greens MP said on Friday.

The Greens are hosting a community forum in Pittwater - 7 p.m. Tuesday May 16 At Pittwater RSL.  Although feedback here has been some won't attend due to being 'politician weary/wary' two of the speakers, former Pittwater Councillor Bob Grace, and Better Planning Network founding convenor Corinne Fisher, are not not affiliated with any political party.

“This will be very exciting because it will enable the community to understand  what we’re trying to do and how they can help so we can get our Pittwater back.” Bob stated in Protect Pittwater Community Forum - run last Issue

When the Friends of Currawong commenced what would turn out to be a 10 year battle to save that green space for all they had at least one not then incumbent politician fighting at their side, one Harvey Rose reciting 'We will not go quietly into that gentle into that good night' in a tone that galvanised the populace, Shane Withington heading up a team that was never going to take 'no' for an answer, and at least one member of the public who was prepared to put their money instead of their mouth forward.

Will those in Pittwater rise to support en masse those always seeming to take on these battles and take them forward? Will the 89% that expressed a complete rejection of any form of amalgamation decide to express the same again...

At this stage, no one in Pittwater seems anxious to eat a slice of any celebratory cake.

That, too, leaves a very bad taste.

“Today’s result is a step in the right direction towards preserving local democracy and our community,” the Mayor said.

“This is a win for our community. It’s a shame we’ve had to take the NSW Government all the way to the High Court to uphold the principles of democracy and genuine community consultation.

“There are no benefits for Woollahra under this forced merger and our community was not given the full story before the Government conducted its public inquiry on forced amalgamation.

“As evidenced through Ku-ring-gai Council’s case, the NSW Government’s failure to publicly release the KPMG report on the proposed merger brings into serious question the legitimacy of the whole process.

“Today’s result confirms what we’ve been arguing all along: local communities deserve to have a say in determining their own future.

“The so called “benefits” of forced amalgamation, as evidenced through councils who have already been merged, are already being tested.

“Residents in newly merged councils are soon to be slugged with an increase in rates through the introduction of the Fire and Emergency Services Levy, despite the Government’s rate freeze promise.

“We will do everything we can to protect the people of Woollahra from an increase in rates and a loss of service,” the Mayor said.

A hearing date for the High Court appeal has not yet been set, but it is expected to be during June/July.

Randwick Council voted earlier this week to pursue legal action to stop the forced merger, but a rescission motion was later lodged in an attempt to change the decision.

While this would have had little bearing on the High Court’s decision – the change of heart sends a strong message to the Government that forced mergers do not have the support of local communities where there are no benefits on offer. 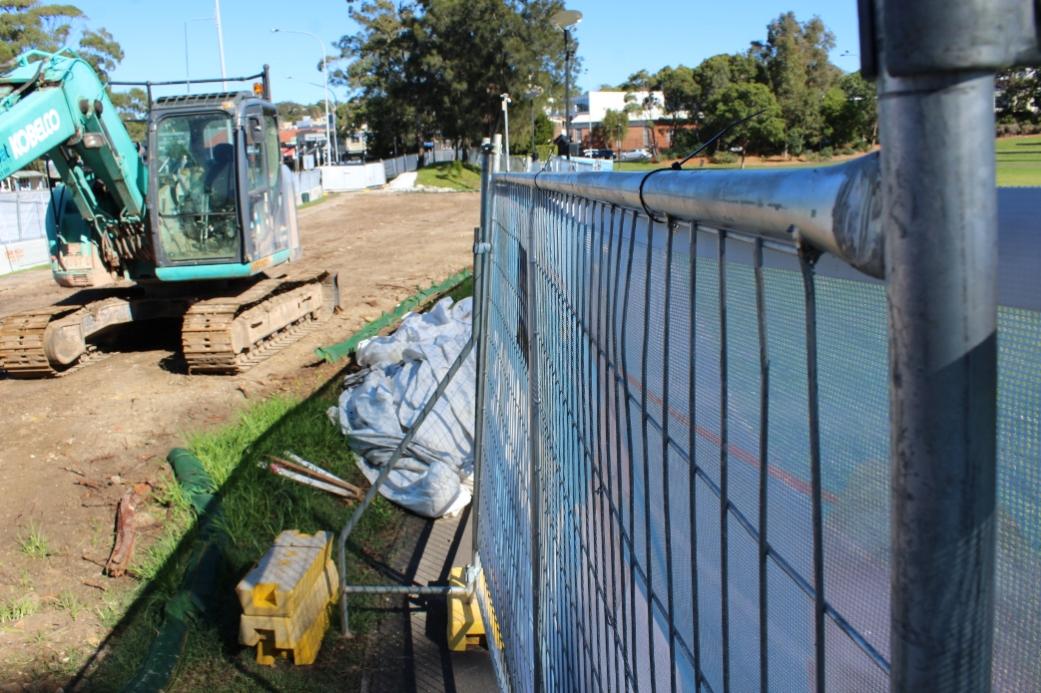 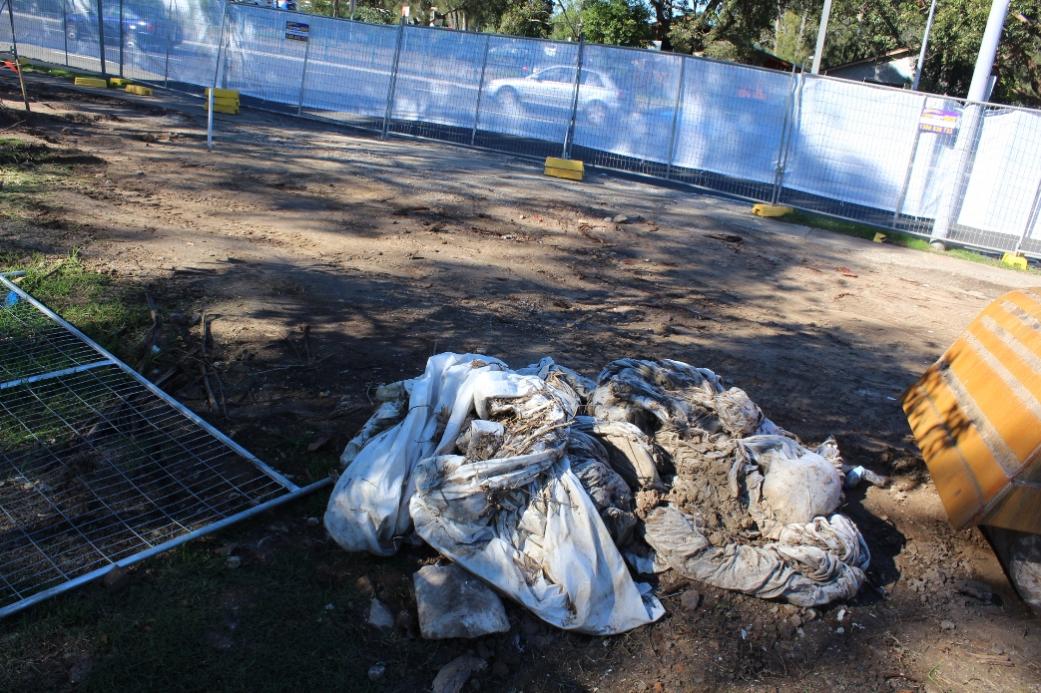