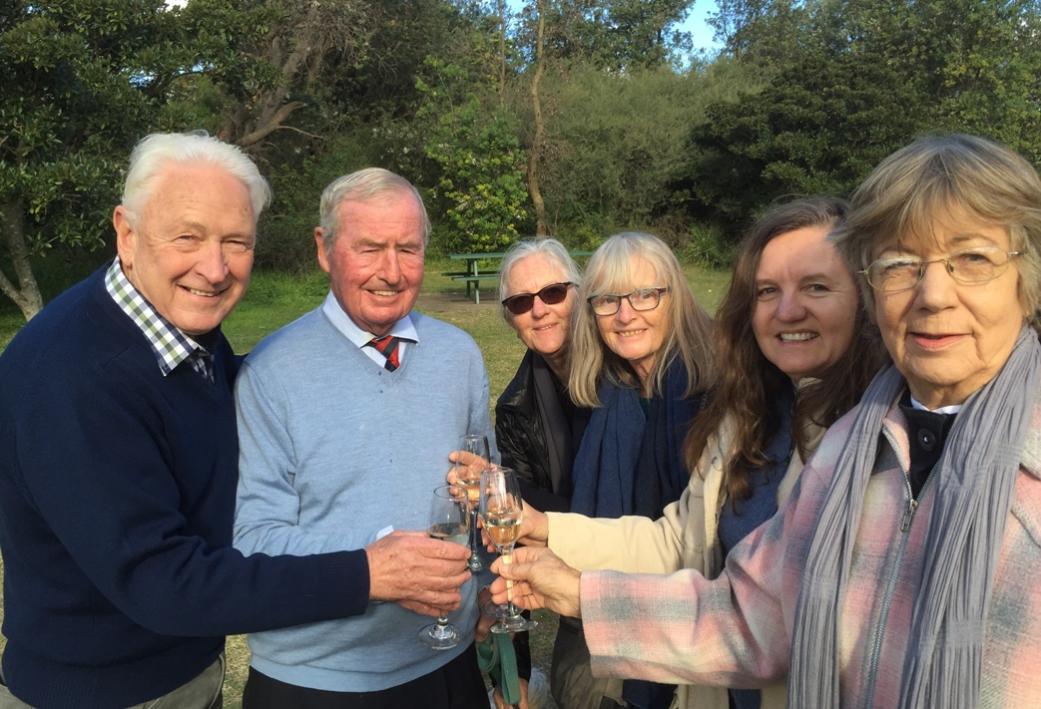 Supporters campaigning for the return of Pittwater Council are delighted to have already raised over three-quarters of their $10,000 target in a crowd-funding campaign aiming to take legal action for a demerger.
Protect Pittwater president Bob Grace said the campaign by Saturday morning had raised $8,510 within a week of launching, and still had more than three weeks to run.
“Can you believe it? We’re already over three-quarters of the way there and we have only been going since Tuesday,” Mr Grace said.
“How exciting is that? The people really believe in a separate Pittwater.
“But we can do better. Make sure you tell all your friends and everyone else to please contribute.”
The Protect Pittwater Association was established after a community forum last month voted for a two-pronged approach to restoring Pittwater Council. The group is also circulating a petition calling on the state government to reconstitute the council. On Tuesday May 30th the crowdfunding page was launched with instant results.
Mr Grace said the state government's plan to strip powers of control over development applications from councils, mooted this week in various media publications, was another blow to local democracy.
"The state government thinks it can turn local government into one of its administrative arms," Mr Grace said on Tuesday.
"Council amalgamations were just the beginning of this destruction of democracy by stealth.
"Pittwater is unique and we must have our own planning powers. We will not become a subsidiary of the state government.
"We will fight for Pittwater to regain our council and retain its planning powers.
"If you want to fight for local democracy, please help us and donate to the crowd funding campaign."
The campaign, run by the community association Protect Pittwater, aims to raise money for legal action to restore Pittwater Council.
The groups's initial goal is to raise $10,000, which Mr Grace says is enough for legal advice and a statement of claim to go to court.
Any money not used for legal costs will be put towards an ongoing campaign to protect the environment and character of the Pittwater area.
The crowd-funding campaign can be found at: https://www.chuffed.org/project/protect-pittwater
Mr Grace encouraged those who were happy with the new Northern Beaches Council to remember the circumstances surrounding the construction of the Delmege building at Mona Vale in 1985.
The multi-story building on the corner of Mona Vale Road and Bungan Street, was out of scale with the rest of the village, and sparked protests and support for a demerger from Warringah Council, which had approved it.
“We have to control our destiny,” Mr Grace said.
“We don’t want high-rises and what happened with the Delmege building because that’s the reason we separated in the first place.”
Mr Grace said he spent three years on Warringah Council before the separation, which had 12 councillors - three from A-riding (which was almost the same area as Pittwater).
“We lost everything because the dominant force was always Warringah,” he said.
“With this new council, we’ll be three votes out of 15, so what’s going to happen?
“Naturally, Warringah’ll call the shots again.”
Former and also sacked Pittwater Councillor Sue Young spoke to us this week and explained she is working on gathering signatures for the petition - a copy of which is below - simply click on the file, 'save as' on your own devices and PC's, print out, gather signatures and forward to the address on the petition, or contact Sue!
Protect Pittwater contacts:Miranda Korzy 0416 192 602Pip Rey 0439 788 867
Report by Miranda Korzy
Update - Sunday June 4th - late afternoon -