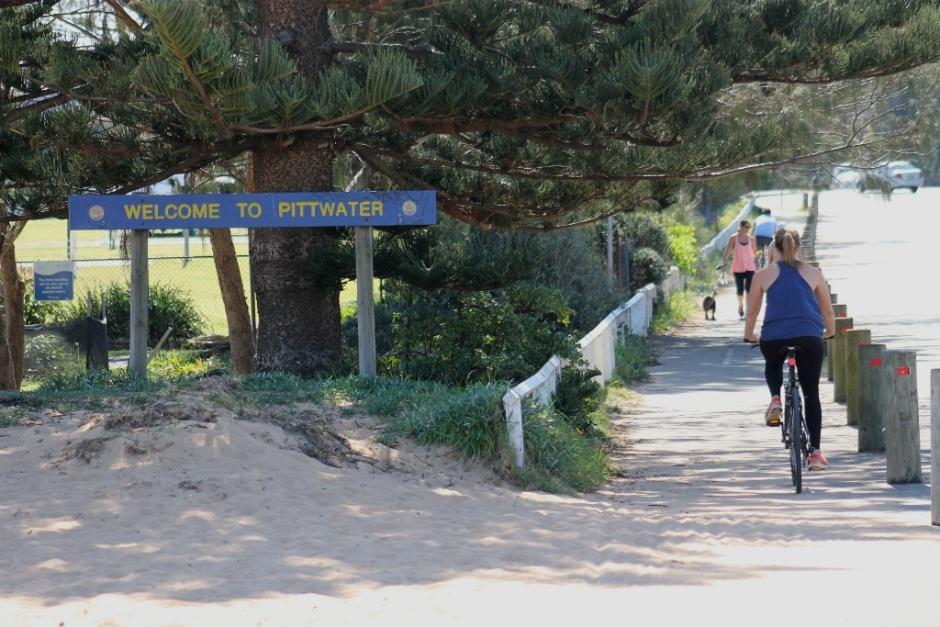 Between a rock and a hard place

In the lead-up to 18 November—the State Government’s deadline for councils to respond to the IPART assessments—Pittwater and Manly Mayors have something to say: A two-council model is the best solution for our local government if maintaining the status quo is not supported by the State Government.

Both Pittwater Mayor, Jacqueline Townsend and Manly Mayor, Jean Hay have said that their communities are ‘between a rock and a hard place’—Warringah Council on one side pushing for a mega council, and the State Government on the other wanting less councils.

“With the Baird Government’s letter to all councils spelling out the status quo is not an option, it's obvious that change is staring us in the face,“ Mayor Townsend said.

“It’s now a case of what that change is going to look like.

“Our community is unequivocally opposed to a mega council; it’s too big and not in the best interest of the community.

“The good management of the social, economic and environmental pillars of the entire northern beaches peninsular is unsustainable under one council," Cr Townsend said.

“Having two equally balanced and specialised councils that focus on the delivery of local infrastructure and services and partnering with the State Government to achieve regional outcomes, is a much better option for the people of northern beaches,” Mayor Townsend added.

Both councils have said that a two council model will bring about significant savings, but what is at the heart of the decision to be made is the retention of a strong voice and advocacy.

Some $200 million was promoted as the amount that would be saved.

Mayor Hay explained that as well as ensuring stronger local representation, a two council model would better deliver an alignment of catchment and economic boundaries for stronger environmental management of the northern beaches natural assets.

“Although Manly and Pittwater would prefer to stand alone, it’s very unlikely this model of local government will be accepted.

“A two council model would allow us to maintain some of the characteristics of a smaller council while meeting the State Government’s reform agenda’, Cr Hay added.

Update on the Public Meeting

On Saturday 7 November, Pittwater Council conducted two meetings so that community leaders and the public could come together for one last discussion on the IPART Report and its findings before the State Government hands down its decision later this year.

Early in the day, community leaders met with Pittwater MP the Hon. Rob Stokes who briefed the meeting on his views about the current process. While he threw his support behind the Pittwater community, he reaffirmed the seriousness of the State Government’s amalgamation position and that Pittwater could not remain as it is.  He asked our community leaders to look beyond the status quo and consider what form of local government will be in the best interests of the community.  He stated that ideally Council’s and communities will make the decision themselves, however if they are unable to reach an acceptable outcome, the State Government will likely have to impose solutions.  He was of the view that redefining Pittwater and moving to a two Council option for the northern beaches was a model, if supported by Council and the community, that he could successfully advocate for within government.

Later in the day at the public meeting further discussion about likely preferences highlighted that the overwhelming majority of attendees were firmly opposed to one mega council on the northern beaches and there was a growing understanding that, due to the State Government’s stance, Pittwater on the existing boundaries is very unlikely.

A high degree of concern was voiced about the IPART findings and assessment that Pittwater is ‘not fit’.  The community spoke of local outcomes delivered by Pittwater Council and the importance of retaining strong advocacy for the community.  Pittwater residents voiced their preference to stay as we are but there was also recognition of the dangers of doing nothing in the face of the determination of the State Government to move ahead with changes.  A focus on preserving the long term future of Pittwater was the united aim of all who attended the meeting.

In response to outcomes from the community engagement undertaken to date and feedback received at the recent public meeting, council has compiled a report to be considered at the next council meeting on Monday 16 November 2015.

The report outlines the current context for decision making and the rationale and evidence in support of proposed preference options which must be submitted to State Government by 18 November 2015.

The community now has one last chance to consider the seriousness of the State Government’s plan for amalgamation, and one last say about what it wants the future to look like here in Pittwater.

Mosman Council has maintained its staunchly independent stance, resolving on 10 November not to provide the State Government with any merger options as had been requested and backing a Rally for Local Democracy which will be held in Martin Place (Macquarie Street end) at noon on Wednesday 18 November.

In its submission to the State Government which is due by 18 November, Council will use the allowed 50-word statement to outline the reasons opposing any merger and to express its extreme aversion to a multi-council amalgamation.

On 13 November Mosman Mayor Peter Abelson also sent a letter to the Minister for Local Government and a Mayoral Minute providing a critique of the IPART report, and accompanying report card, which were released last month and found Mosman Council fit financially and strategically but overall unfit according to its scale criterion.

Mosman Council has continued to engage with its community, with close to 300 residents attending a public meeting on 26 October 2015 to show their support for Mosman’s independence.

A survey regarding potential amalgamations was also conducted between 26 October and 3 November which showed 93% of residents opposed a ‘mega-merger’ with five neighbouring councils and 83% opposed to any merger at all. Mosman Mayor Peter Abelson said community sentiment remained firmly in favour of independence.