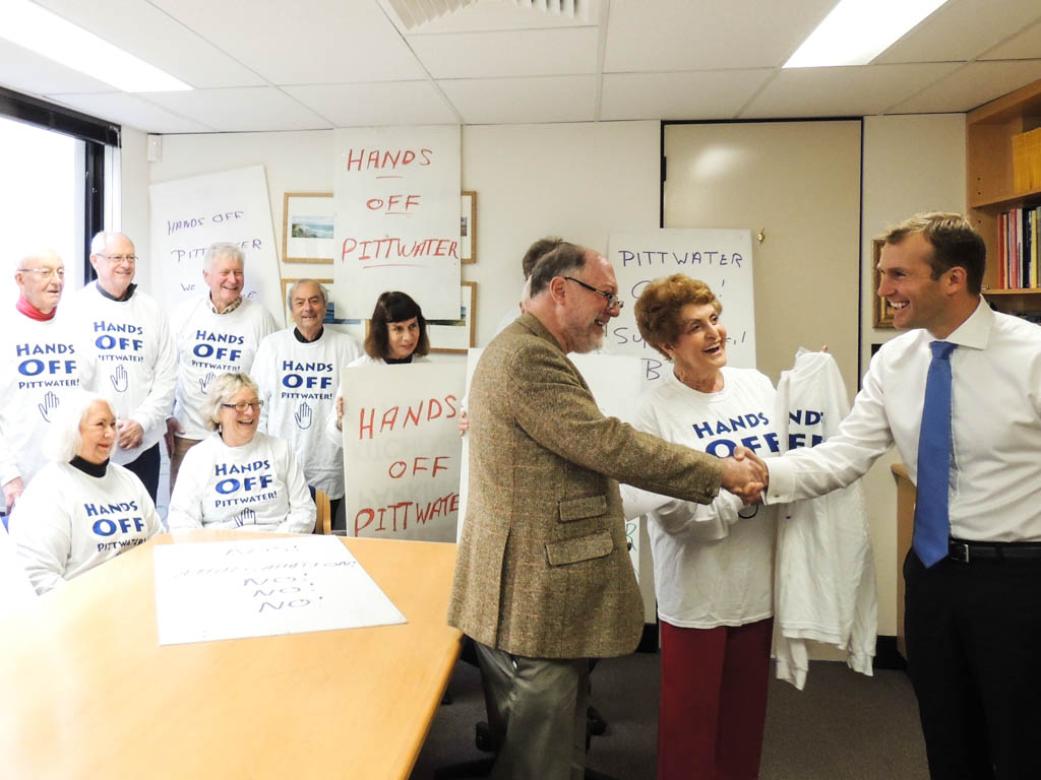 In April this year the Independent Local Government Review Panel, established following a direct request from the Local Government and Shires Association, released its recommendations on how the effectiveness of local government in NSW could be improved.

Included in these recommendations were potential options for voluntary amalgamations which local councils have been invited to consult with their communities on and provide feedback.

The People for Pittwater group, headed by former Pittwater Mayor Harvey Rose, was the lead organisation at today’s meeting and is strongly opposed to any amalgamation proposals being pursued.

“The message being conveyed throughout our community is that Pittwater should remain exactly how it is,” Rob Stokes said today.

“Nothing has been produced to demonstrate how the public interest would be better served by amalgamating three councils on the northern beaches into one.

“Whilst the consideration of amalgamations is completely voluntary and up to local councils to determine - the message from the Pittwater community has been a loud and clear no,” Rob Stokes said.

"The meeting of community group leaders led by People for Pittwater presenting their  submission to Mr Stokes demonstrated the unity of the Pittwater community against amalgamation." Harvey Rose

The strength of opposition from Pittwater residents to a recommendation from the Local Government Review Panel to a recommendation for the Local Government Review Panel that Pittwater, Warringah and Manly councils should be amalgamated into one super council, was demonstrated at both the rally outside Warringah Council Chambers and submissions to a hearing by the panel on 4th June 2013.

People for Pittwater Co-convenor Harvey Rose stated “The passionate connection of so many residents with Pittwater and their willingness to fight for Pittwater’s independence was demonstrated at the rally.” “People for Pittwater will continue to campaign for as long as it takes to ensure the view of the overwhelming majority of Pittwater residents prevails.” “We must not be steamrolled by the bureaucrats” Mr Rose concluded.

People for Pittwater’s Harvey Rose commented “The quality of the submissions was of the highest level and must have impressed the Panel chair.” “Let us hope the Panel heeds the view of our community.” “People for Pittwater will continue our campaign until this matter of amalgamation is entirely defeated.”

Mr Rose further commented “The panel chair Prof. Graham Sansom admitted all three councils on the Northern Beaches were financially strong and sustainable.” “We must ask then why the panel would suggest amalgamation.” “Amalgamation would disturb our communities and be very costly.” “What would likely follow , as in Queensland, would de-amalgamation with more disturbance and unnecessary financial burdens.” Mr Rose continued “We have the ideal organisation now with agreement on regional issues, cost savings through bulk buying and shared services to come, through the regional organisation SHOROC”. “Significant cost savings have already been made.” “Keeping our local councils means we ensure our communities have access to sufficient councillors.” “The Panel should let us get on with the business of serving our council well and withdraw their baseless recommendation about amalgamation” Mr Rose concluded.

Stokes supports position that a large majority of concerned Pittwater residents are opposed to amalgamation - Friday 28th June was the final day for submissions to the Panel which had suggested amalgamation of Northern Beaches Councils.

The People for Pittwater submission which stresses the Pittwater community at all levels is opposed to amalgamation was presented to local member Rob Stokes. Executive representatives of twelve community groups attended the presentation of the submission to Mr Stokes.

Mr Stokes has stated that in his view a large majority of concerned residents in Pittwater are in favour of an independent Pittwater and opposed to amalgamation.

Mr Rose concluded “The local Government Review Panel should remove the recommendation to amalgamate Pittwater Warringah and Manly councils from its final report.”

Bigger Is Not Always Better: An Assessment of the Independent Local Government Review Recommendation that Pittwater Council Be Amalgamated by Professor Brian Dollery - 27th of May, 2013 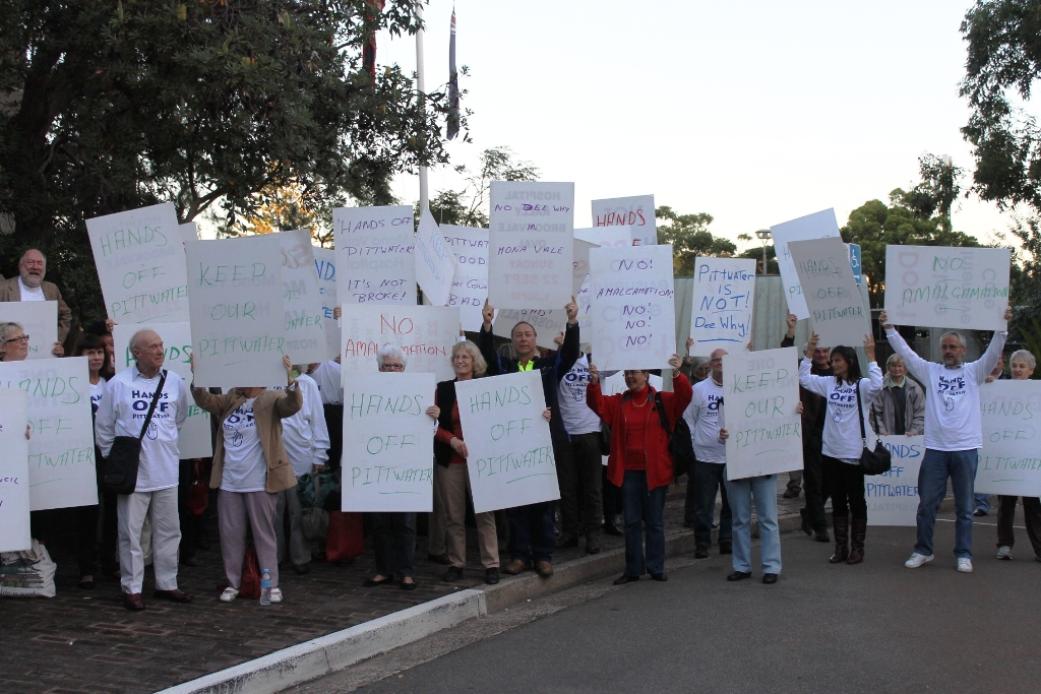