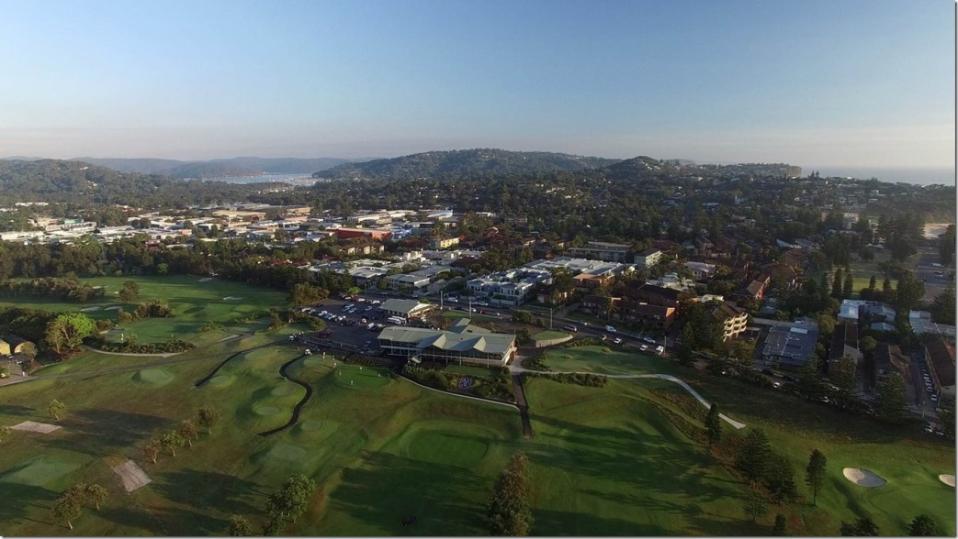 The films below have been put together by John Illingsworth. This Report by Phil Jenkyn OAM, Save Our Councils Coalition (SOCC), whom readers may remember through Pittwater Online News' Inaugural Sydney Harbour and Coast Walk series.

Mr. Walker has previously worked with the Save Beeby Park Committee, among other community focused groups such as Save Mona Vale, which focused on the Mona Vale Place Plan and residents who were trying to stop all the large trees being cut down in Mona Vale's Village Park during B-Line construction works.

The tree cull went ahead.

Following consultation with local stakeholders and community groups, it was decided that replacement trees would include Norfolk Island Pine and Swamp Mahogany.
'Replanted trees will be semi-mature and replanted as soon as possible after the mound has been adjusted.’
In total 26 trees were to be lost and it was a requirement that the Offset for these will be 118 trees planted 'on or near the impacted site', as per the documents available on the Mona Vale page of the B-Line website.
Those 118 trees have not yet appeared, and what has been replanted is definitely NOT 'semi-mature'.
Mr. Walker's GIPA application: This is the first (Part 1) of a number of videos that will follow this case through to completion.

Pittwater council and many other good local councils were destroyed in the Government’s attack on local democracy and its failed forced amalgamation agenda.

The Government based its case for destroying 78 councils across NSW on a summary KPMG report containing final figures with nominated sources, alleging financial benefits from mergers.

The Government refuses to release these KPMG sources, including the ‘Business Case’ and ‘merger impacts and analysis’, on the basis of ‘Cabinet-in-confidence’.

Shouldn’t the Government publicly release these kinds of documents anyway, whether it is over forced amalgamations, moving the Powerhouse, building stadiums or light rail or motorways? Doesn’t the public interest, fairness and transparency demand it?

This is the second (Part 2) of a number of videos that will follow this case through to completion.

Phil Walker was in court on 26 March at a directions hearing before the Tribunal.

Issues arose relating to representation, the scope of the application and evidence to be called for the hearing.

In Hyde Park afterwards, a discussion ensued between Phil Walker and Phil Jenkyn about the preparation needed for the hearing, affidavit evidence about surrounding circumstances and KPMG reports, and generally about the conduct of the Department and Government.

A Government hiding KPMG source material while at the same time spruiking billions of dollars of alleged benefits from the KPMG report is a low act and a complete disgrace.

Those who fight for the public interest should never be seen by governments as the enemy.

This is the third (Part 3) of a number of videos that will follow this case through to completion.

Hearing day arrived at NCAT on 10 April 2018. The Crown witnesses cross-examined by Phil Walker revealed inadequate searching for KPMG documents. Walker’s evidence included the affidavit of Phil Jenkyn, who was not cross-examined. The Applicant is to file a further written submission by 17 April and the Crown by 15 May. The case will then await decision.

Evidence uncovered through GIPA legislation and at NCAT will be helpful in Pittwater getting its council back.

This is the fourth (Part 4) of a number of videos that will follow this case through to completion.